Today we mostly spent at a spa some way outside of town. 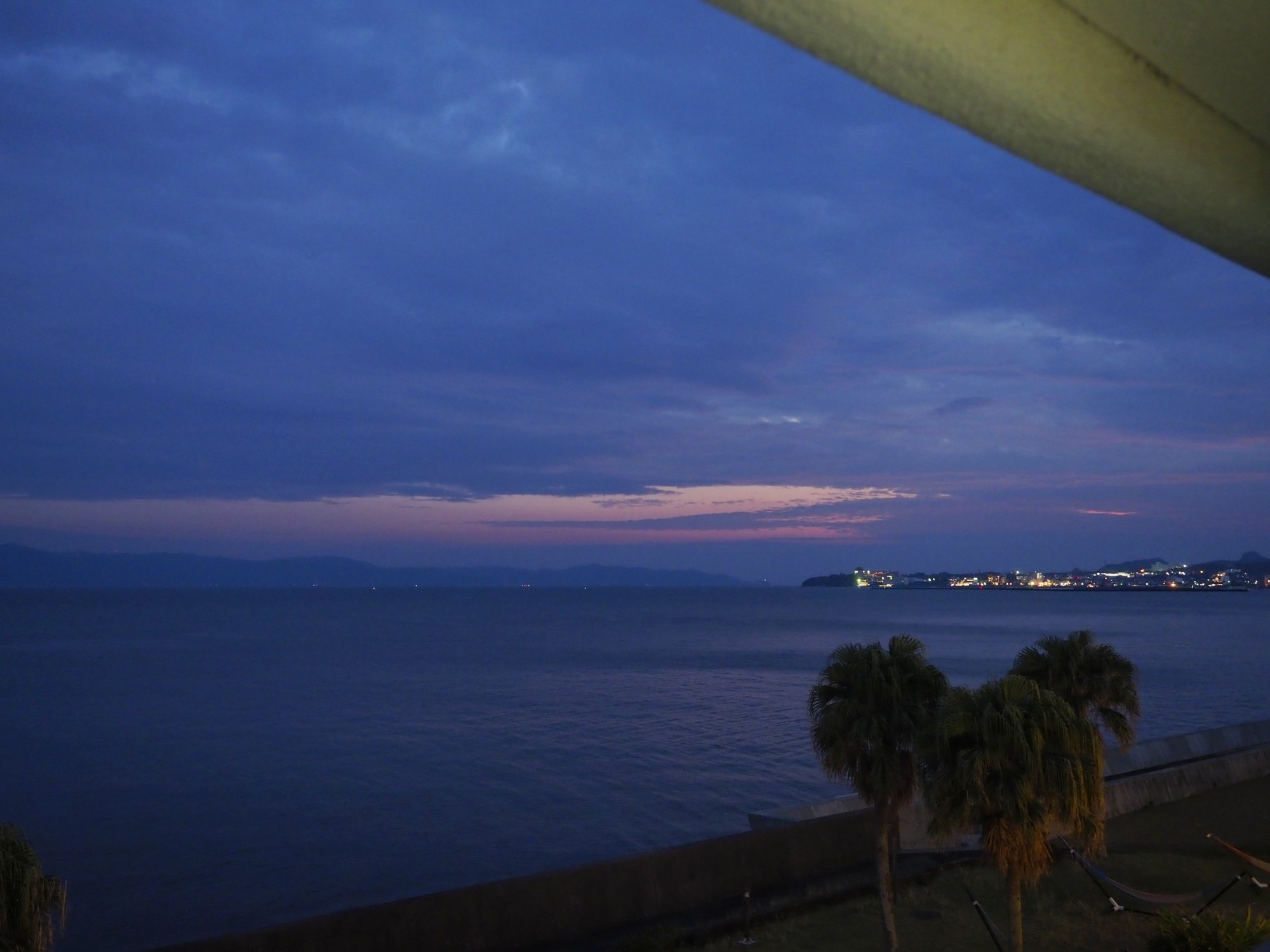 Lucky for us we got a ride there with the hotel shuttle. This way we did not have to get there by public transport. 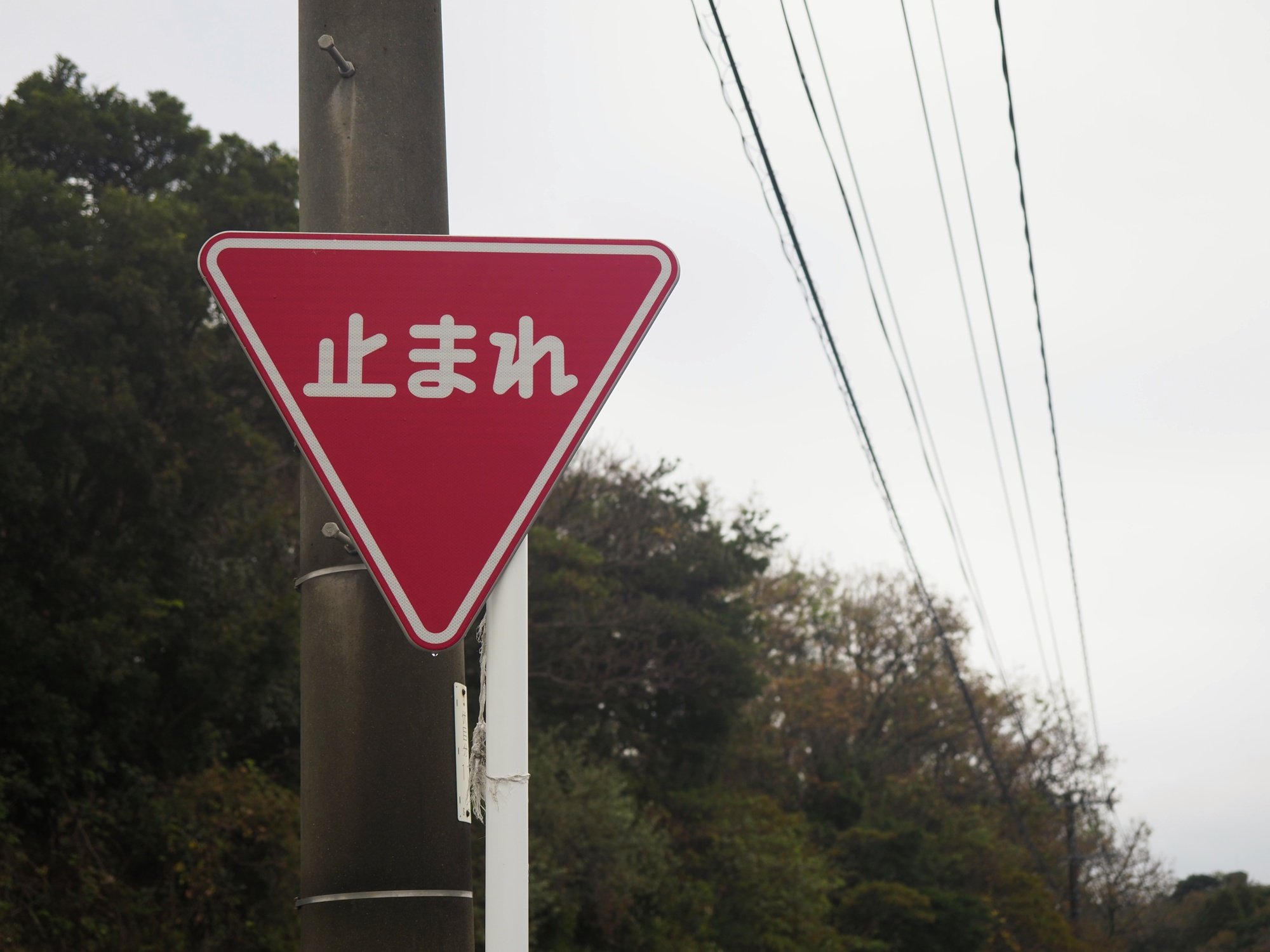 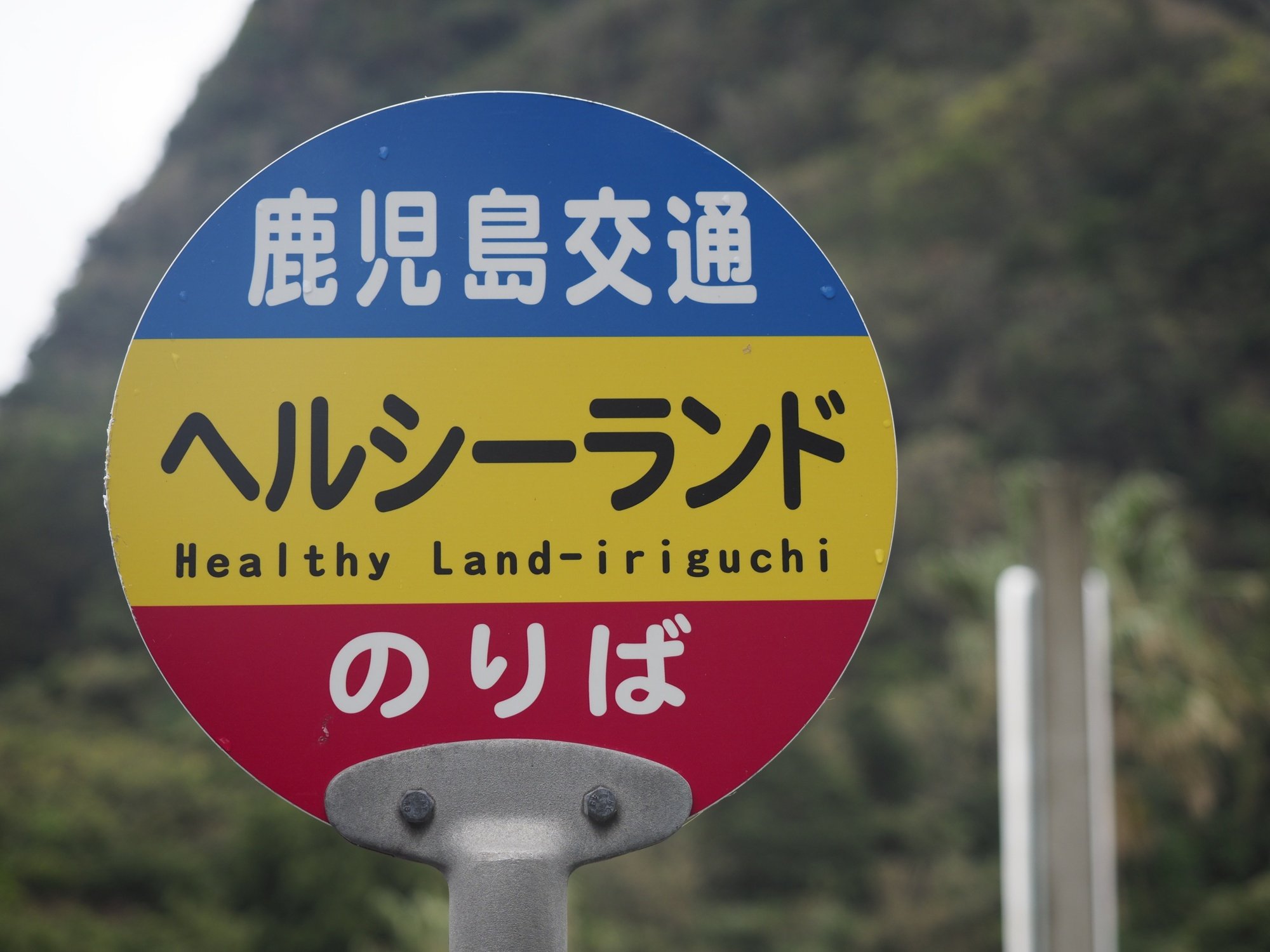 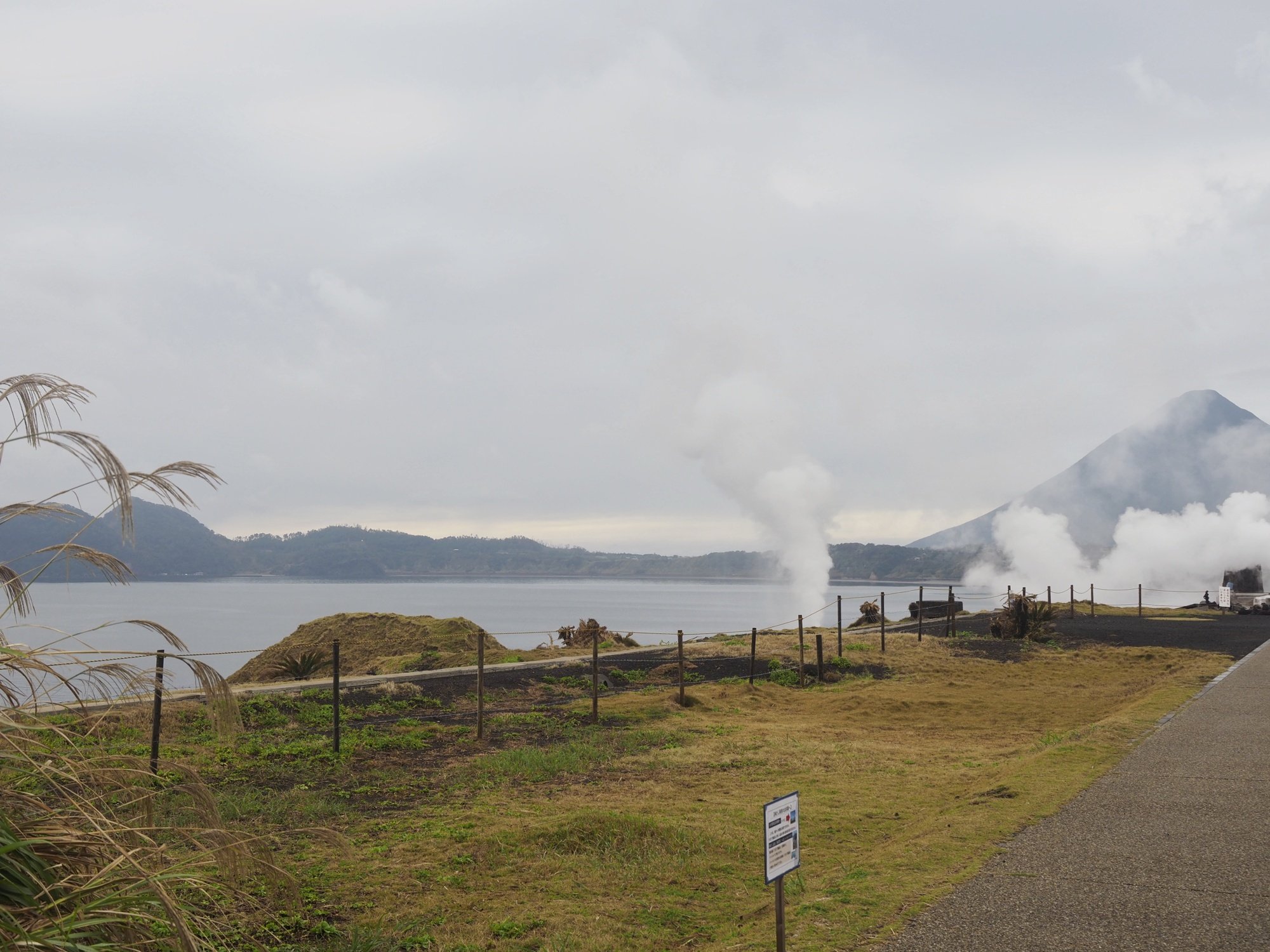 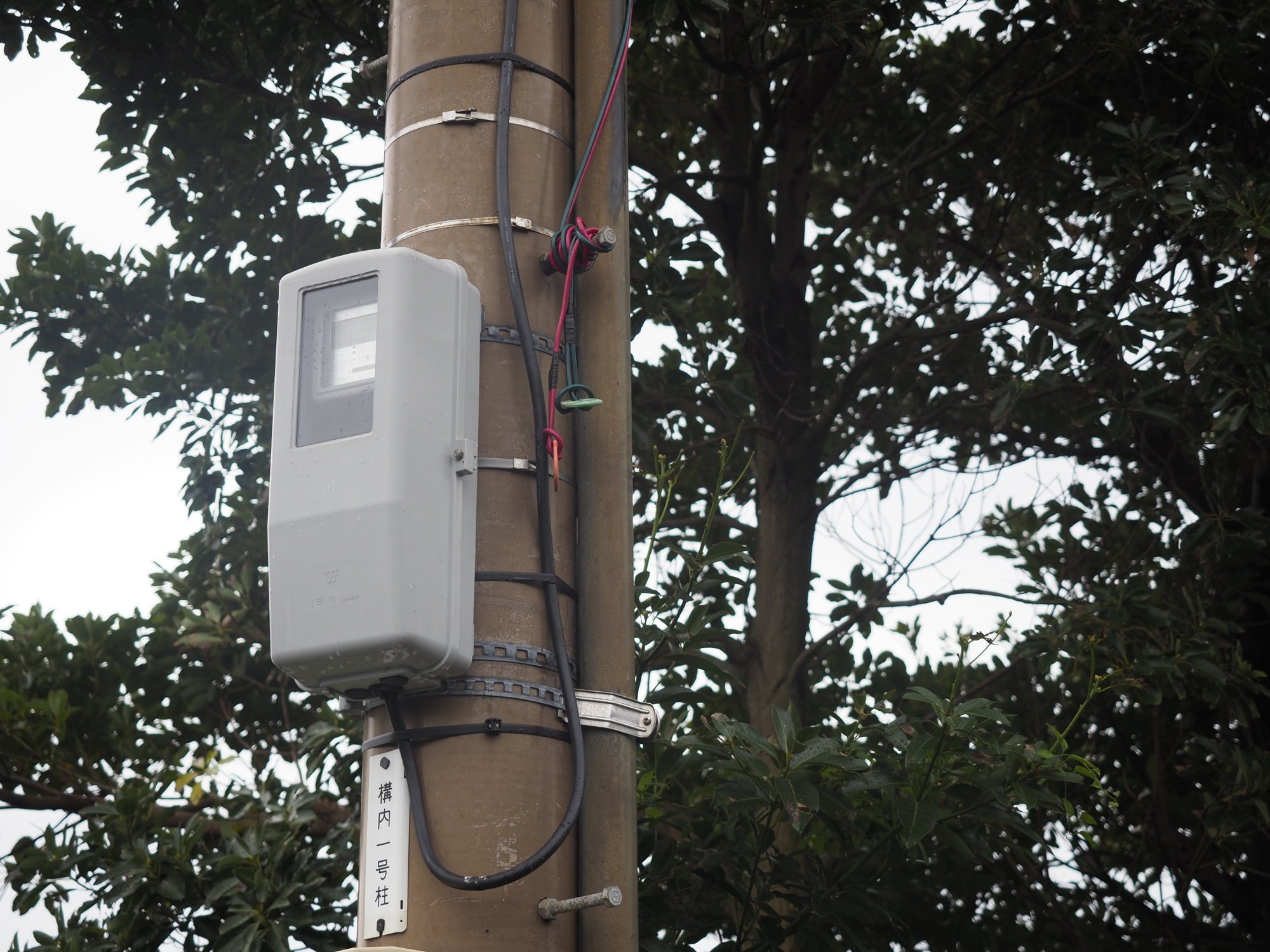 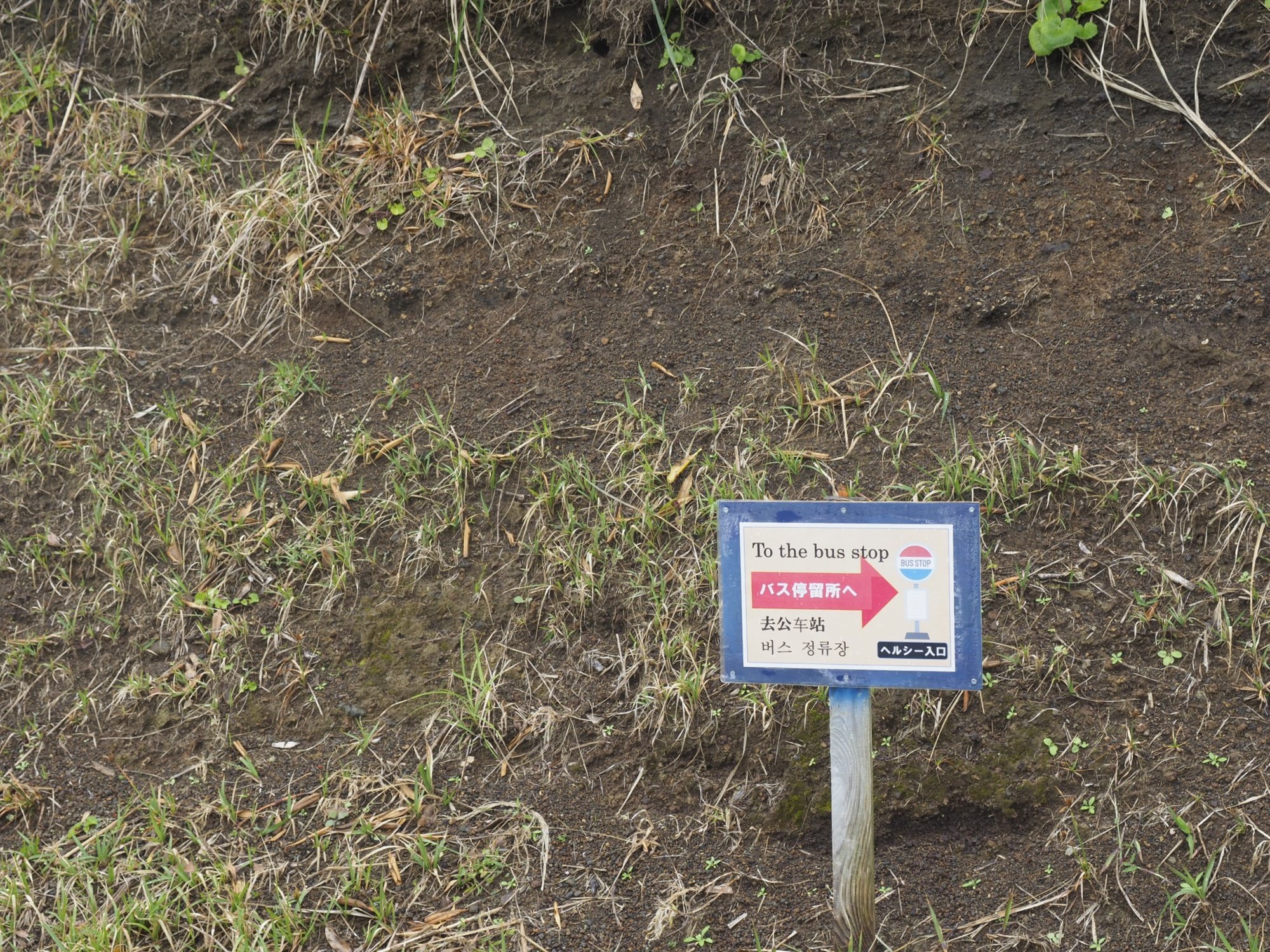 As a result of the last taifun season part of the spa was damaged and we had to get on a shuttle bus to get to the hot sand bath. This time the sand got hit by some other means and we did not have to wait for the flooding. There was no hole dug either. We just laid down and the sand was shoveled on top of us. 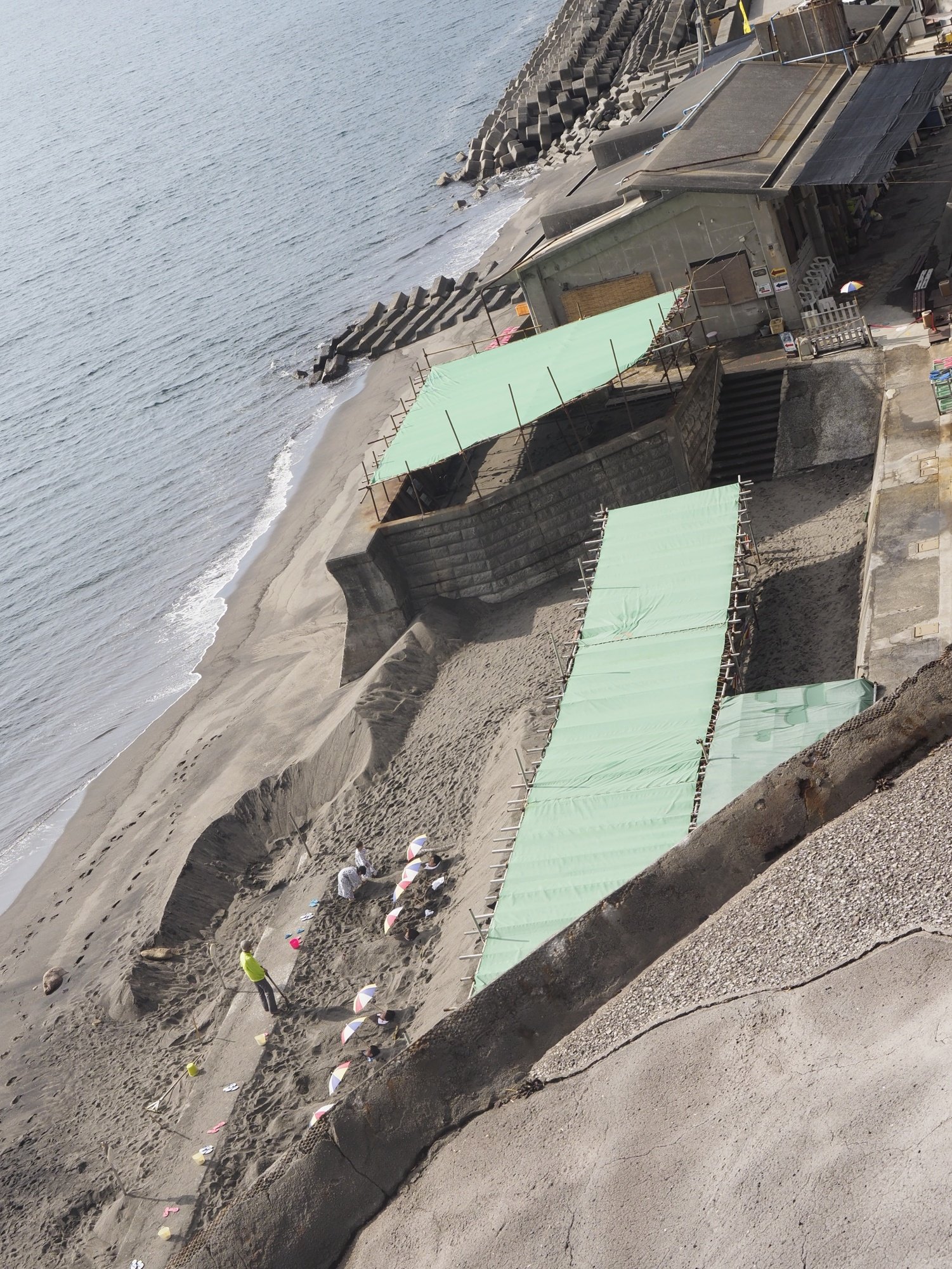 After ten minutes you got a reminder that you might want to get out again. After cleaning up you could by some steamed eggs or sweet potato too. The steam has the same source of heat as the sand and the onsen we where about to visit after lunch. 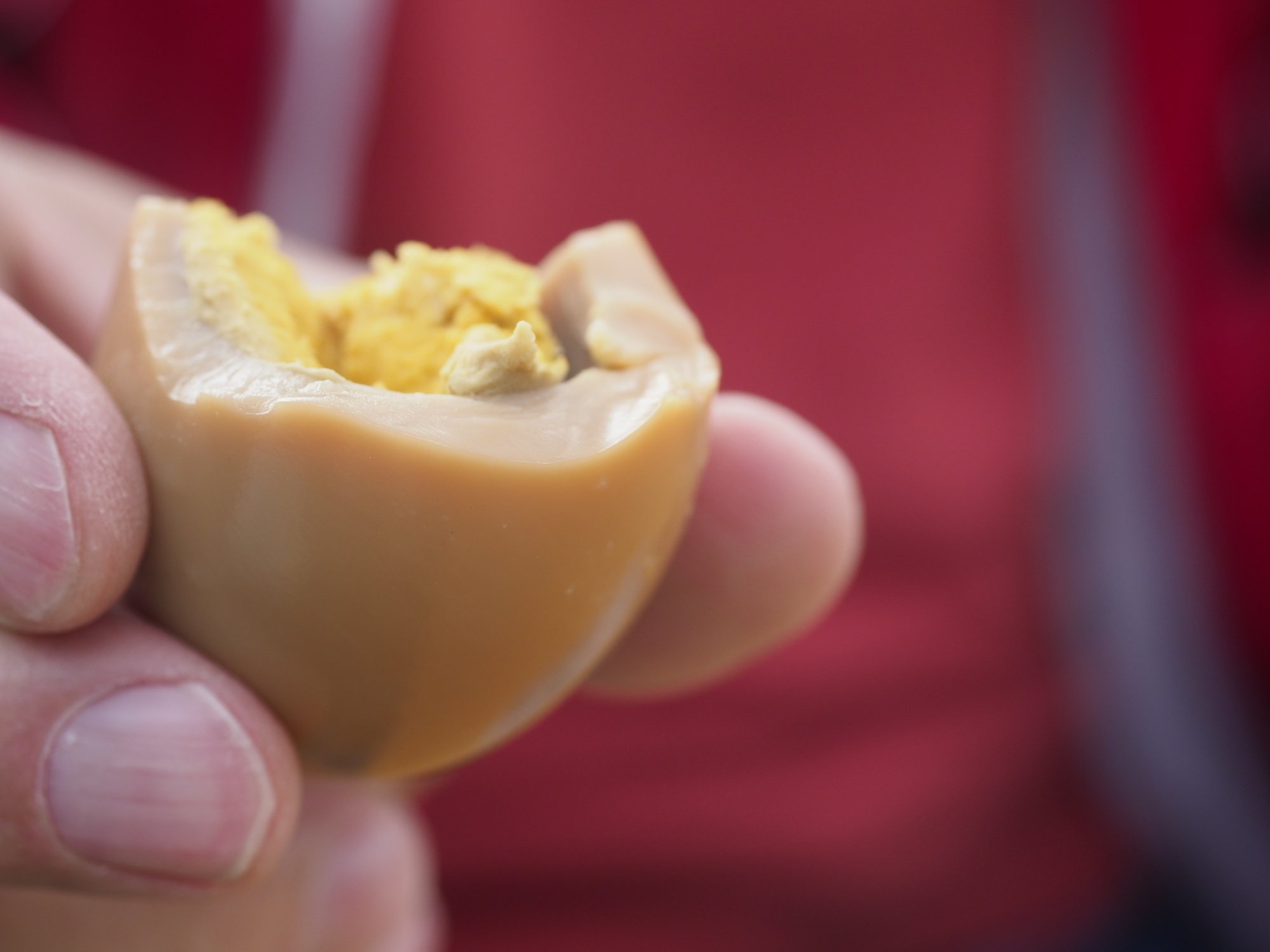 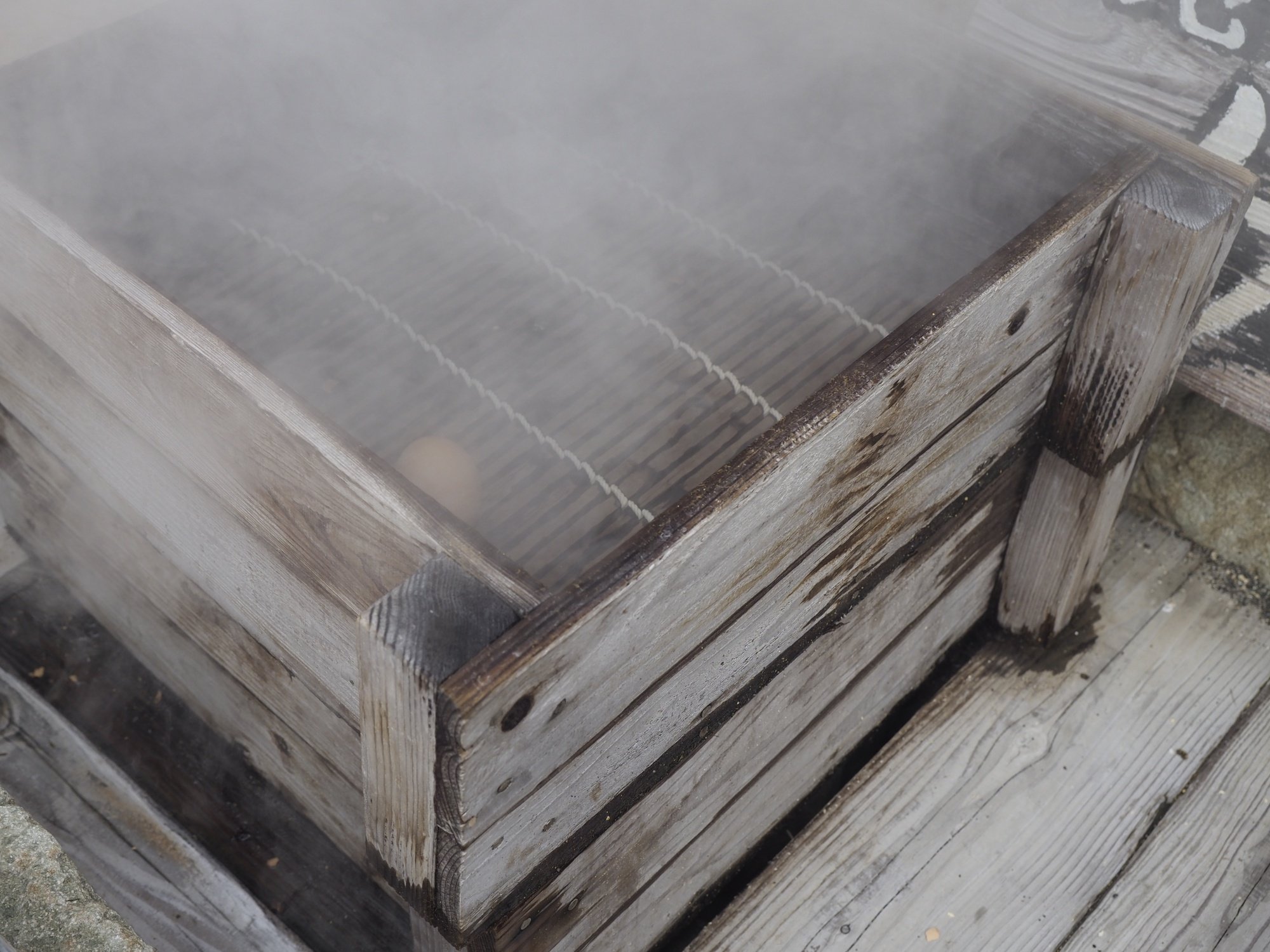 As lunch was a bit filling we decided to forgo the offered shuttle and walked to the onsen. The way up was only five minutes anyway. I think the shuttle took the same time. Five minutes was a bit short for our taste so we went to the destroyed staircase and took in the site of a salt pool which is no longer used. 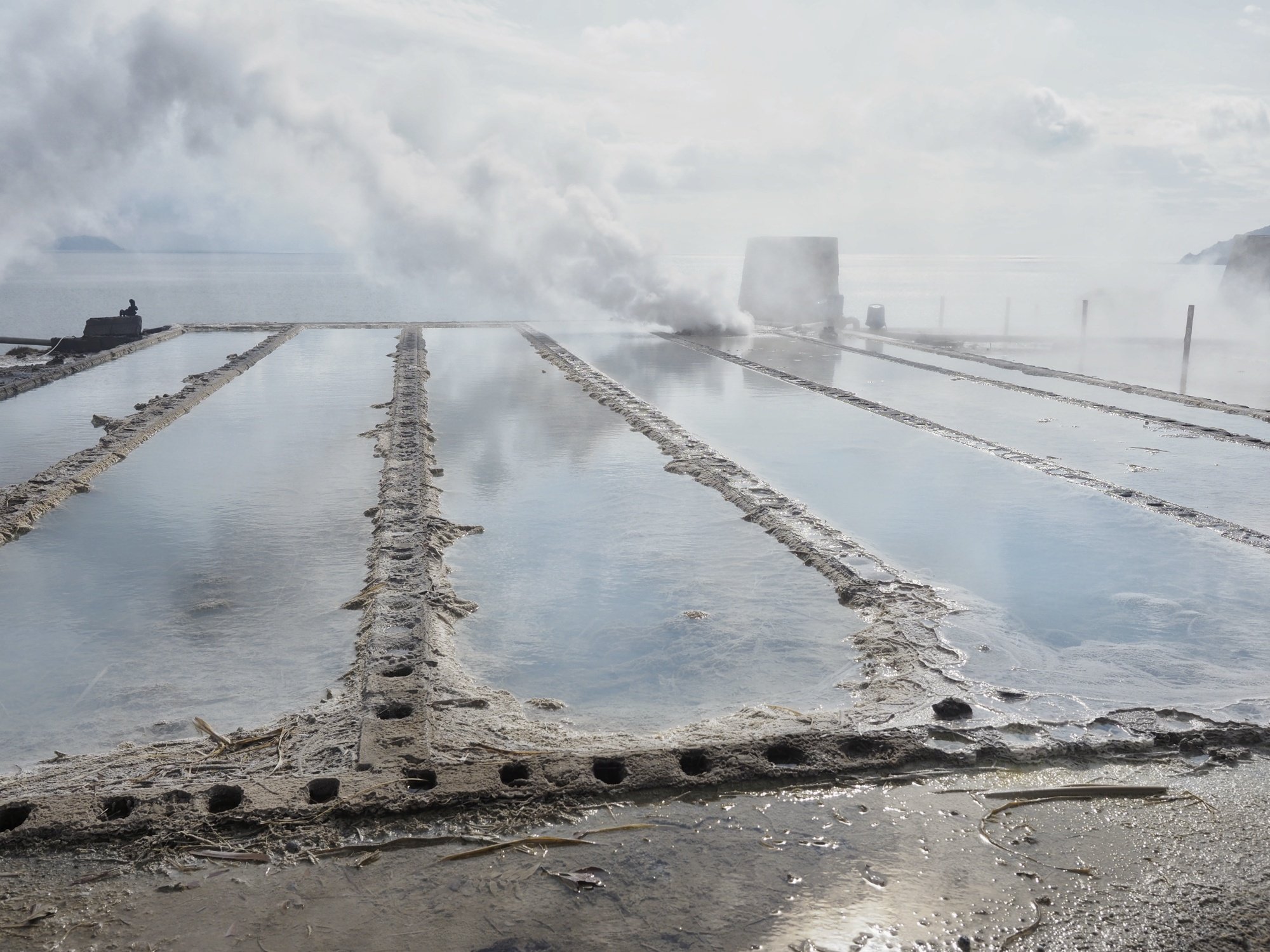 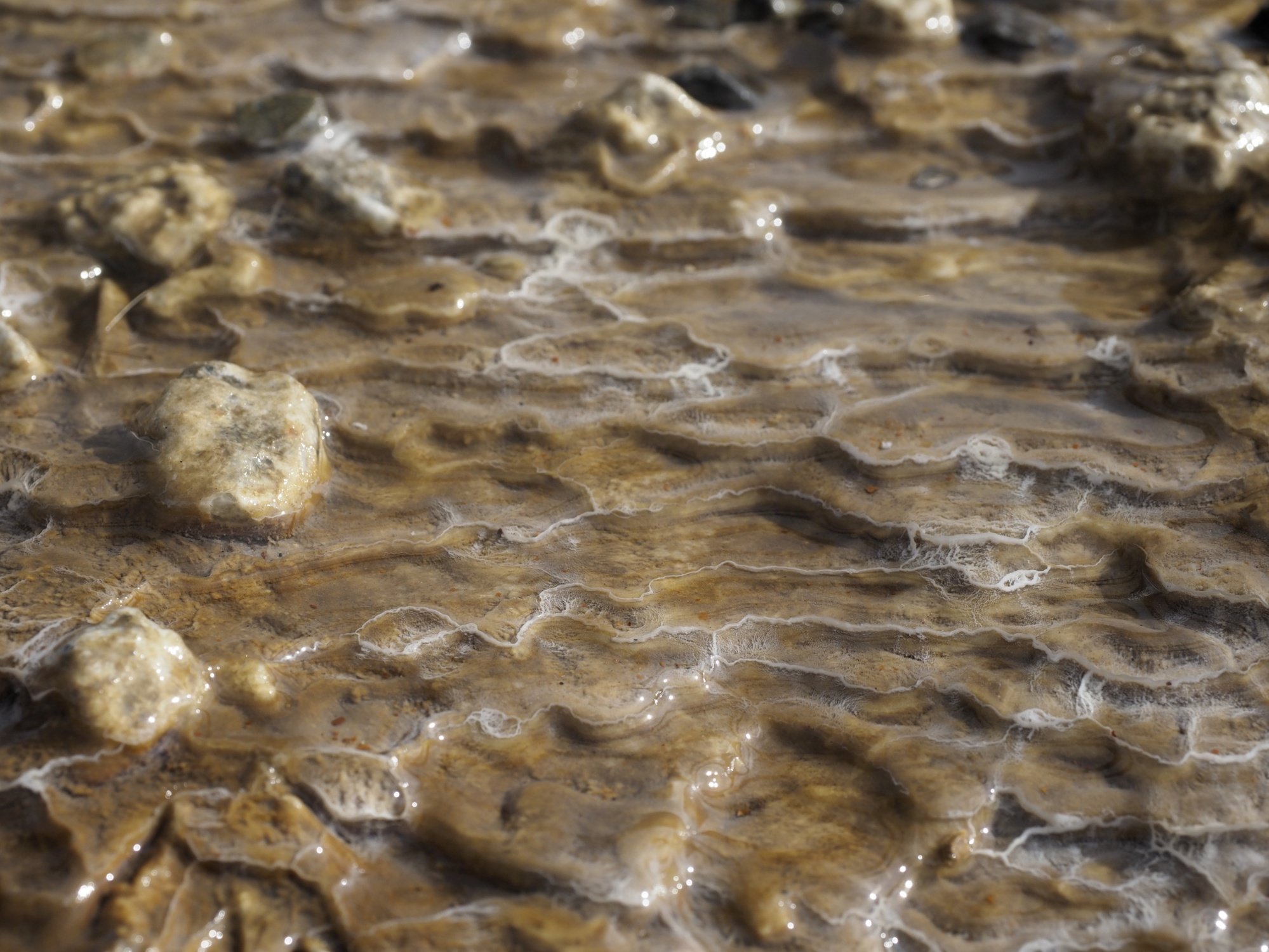 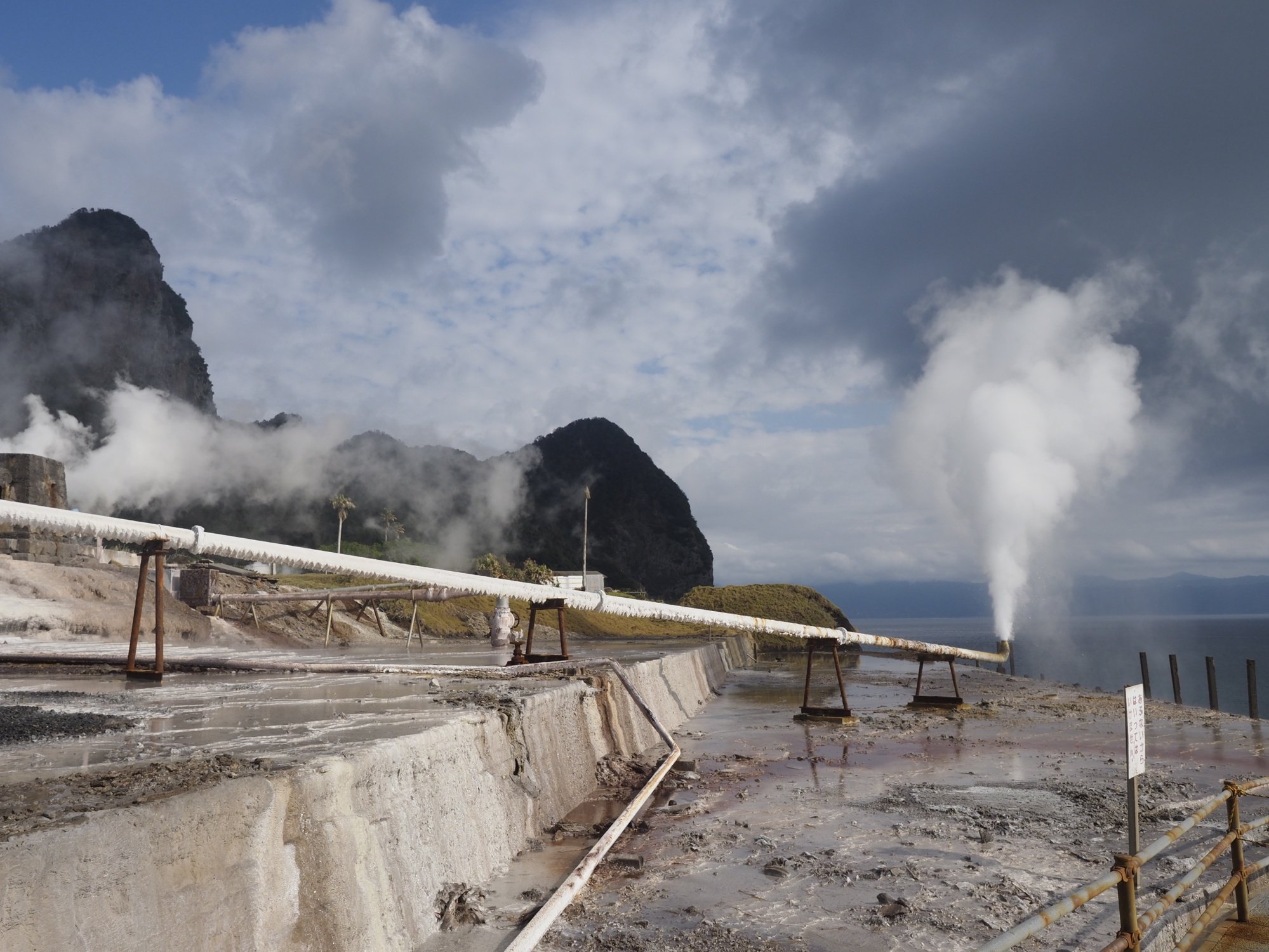 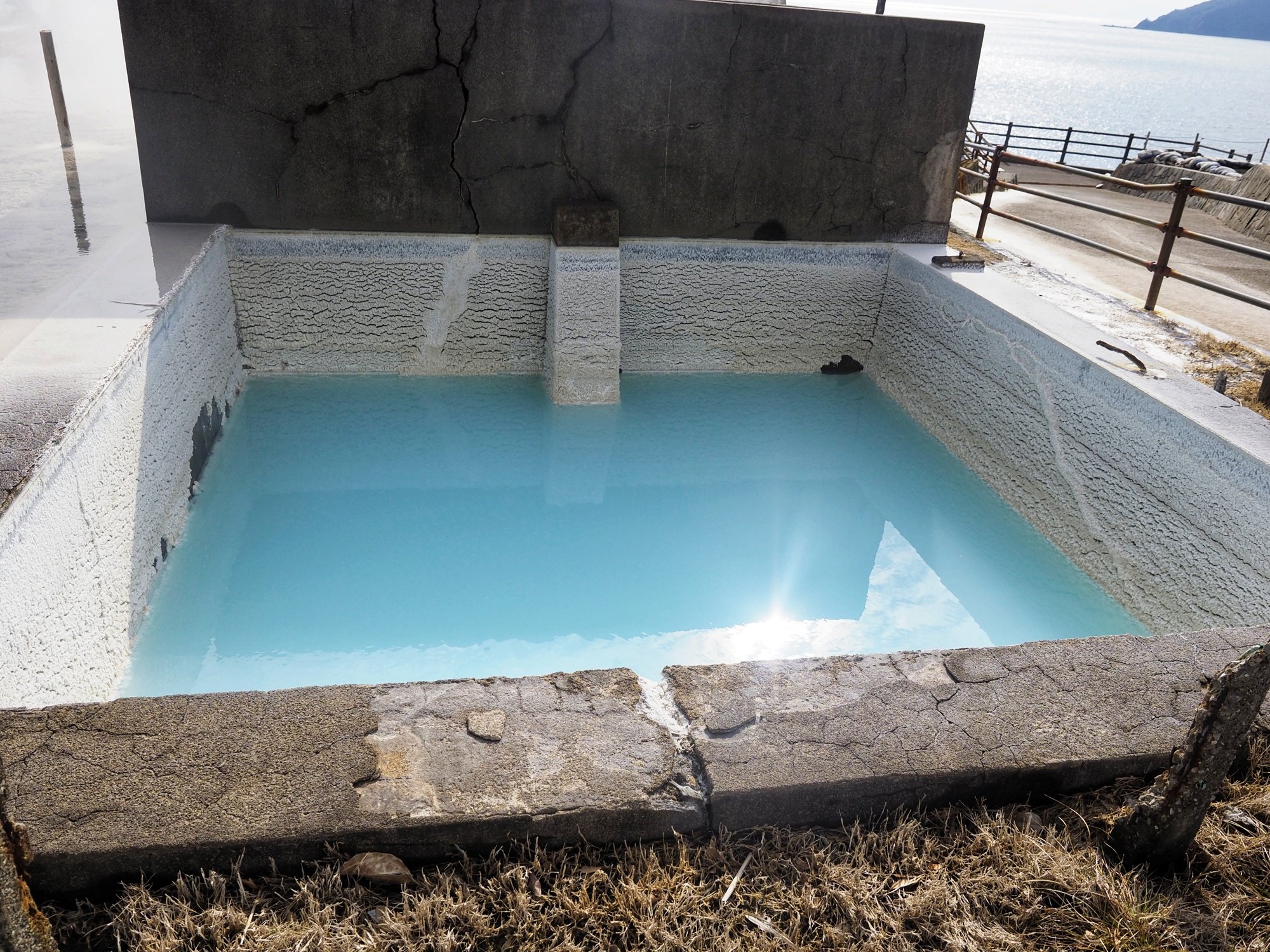 The onsen itself was situated beautifully and you had a great view over the sea and even “little Fuji”. 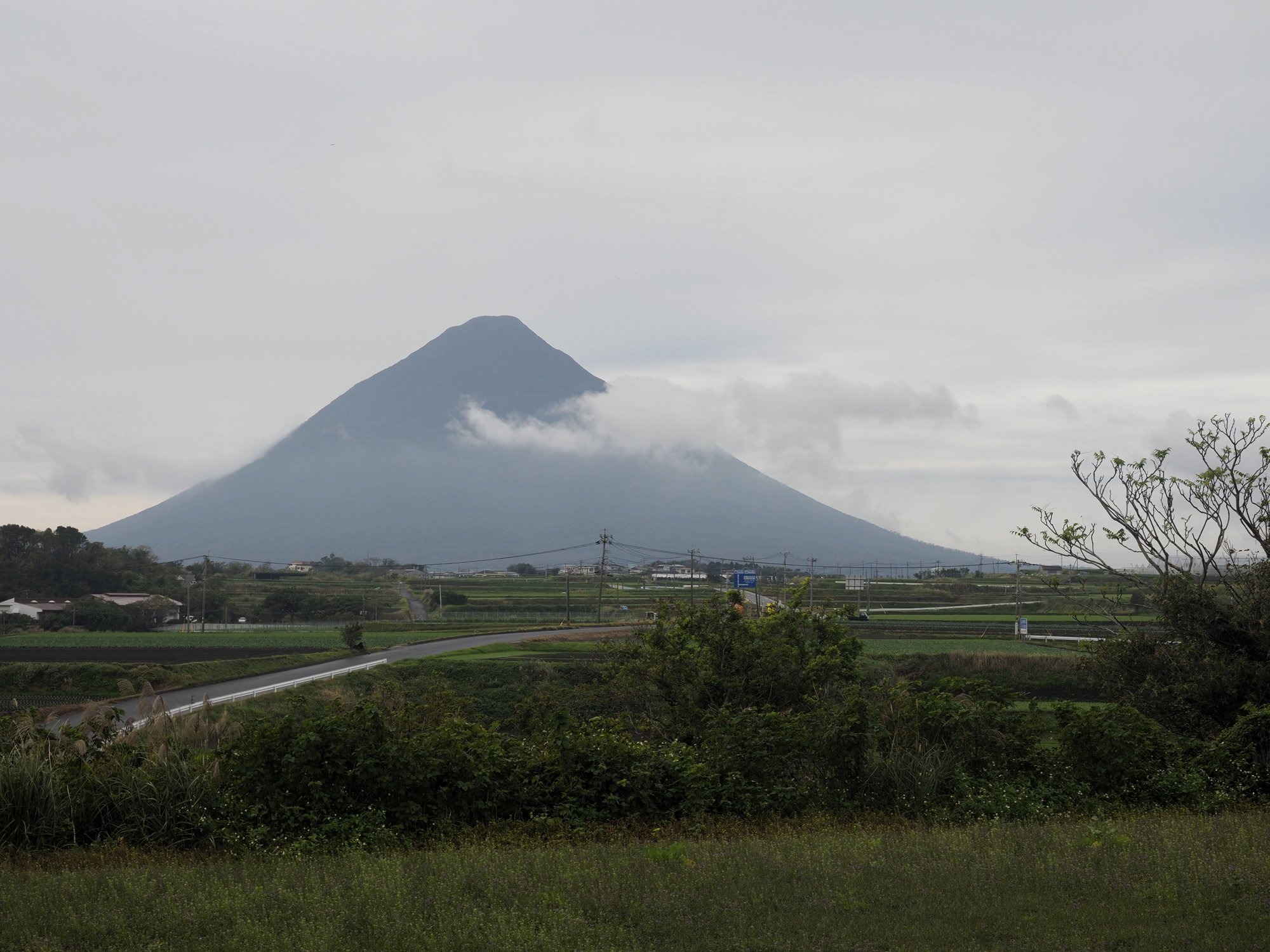 This time there were 2 pools, one with lots of space to sit and relax and the other one smaller and hotter. We did not stay here to long the view was great, the places to relax outside the water a bit sparse. A regular bus brought us back to our hotel. 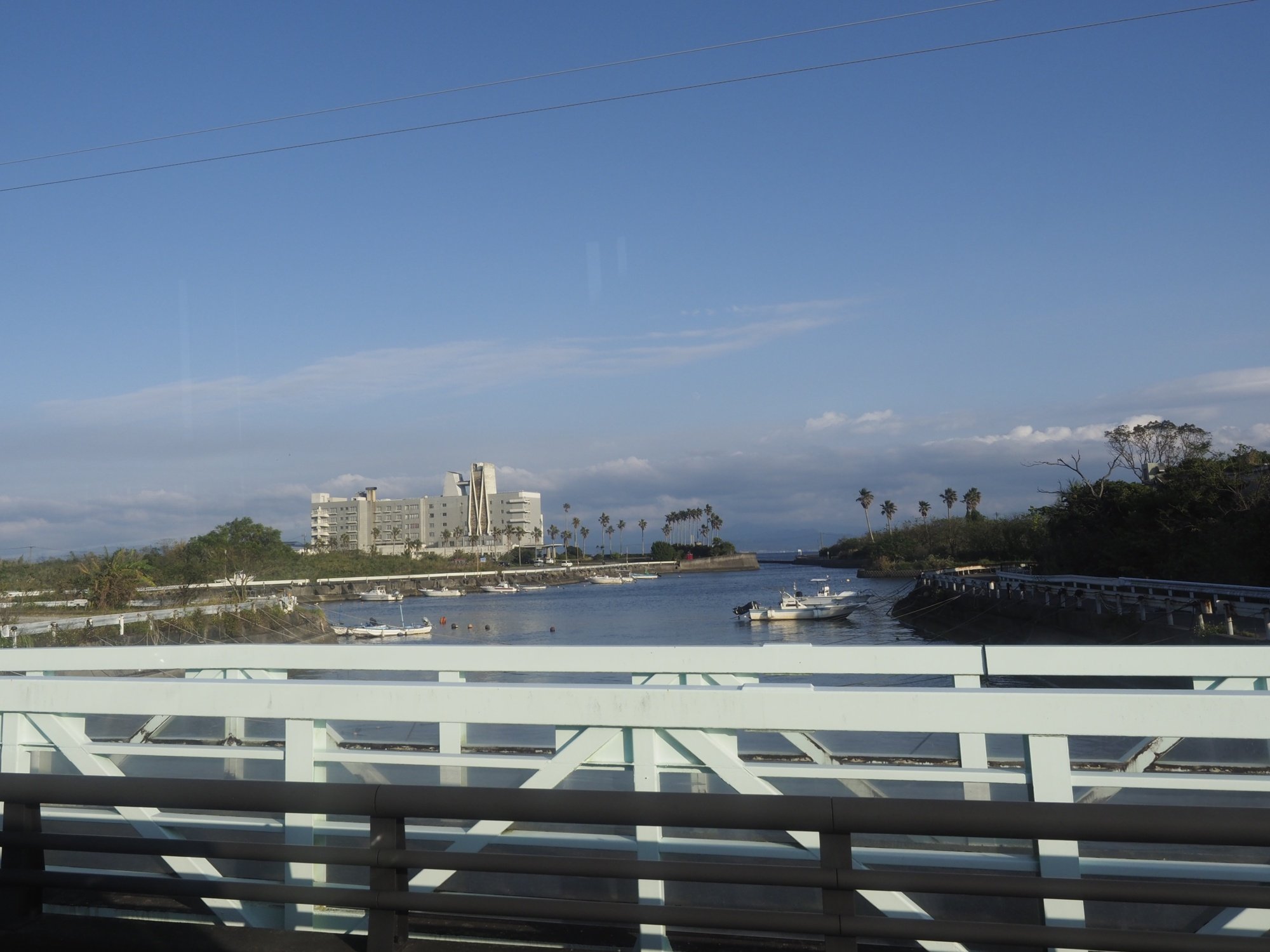 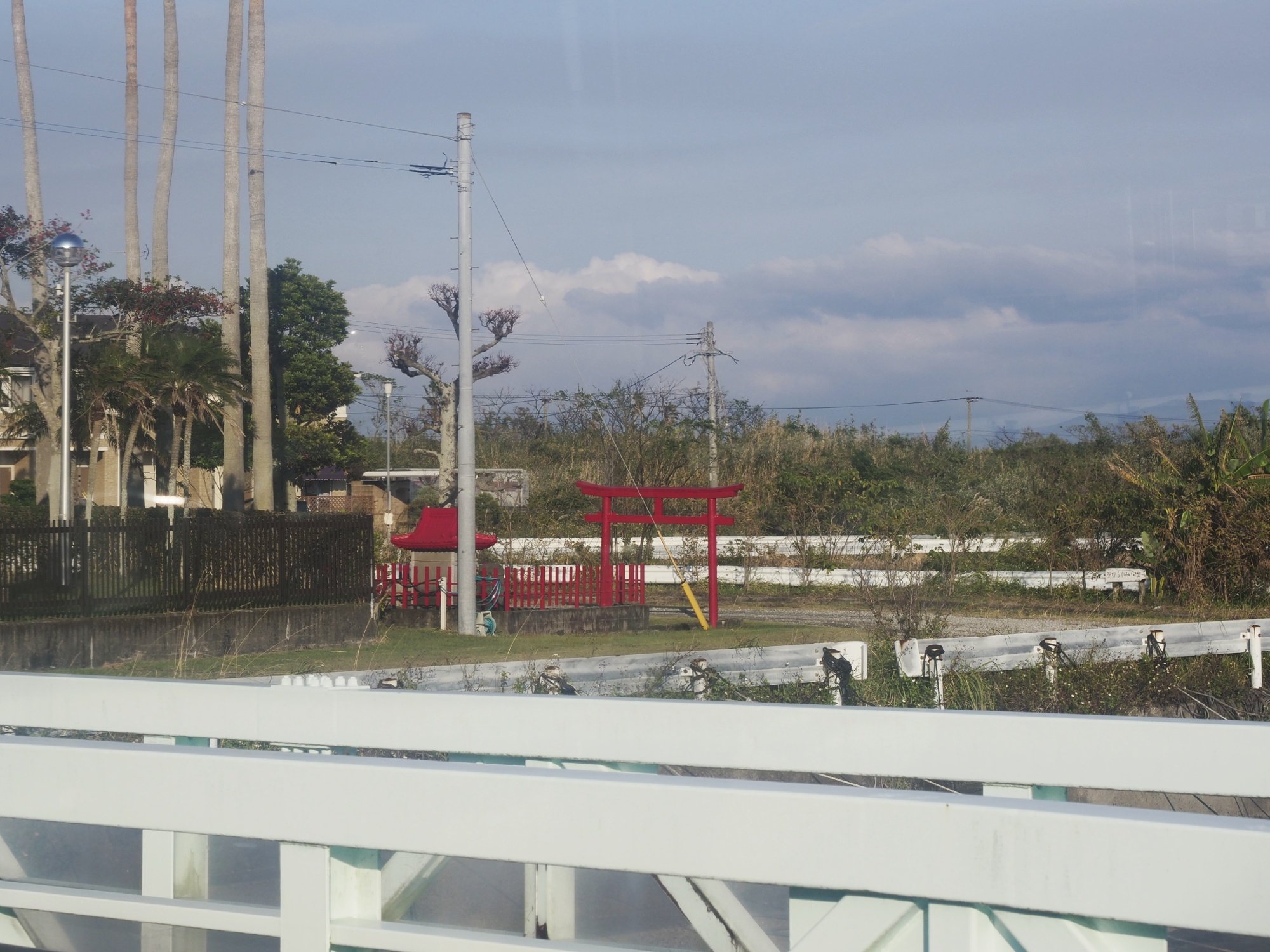 After stashing out gear in our rooms we did some more relaxing in at the foot onsen or hammocks. A Japanese couple joined us and they did comment on the antics of the foreigners on the hammocks. We did start up a conversation which was a bit difficult despite the fact that he spoke very good English. Turns out that so I might not understand Japanese our guide was sitting on the other side and understand their commentary quite well. So the conversation went on and ended with an invitation for them to meet up with the group later for drinks.

Ah yes. Drinking occurred after dinner again. To close the day we had a dip in the onsen again and after some ice cream out of a foil pack. 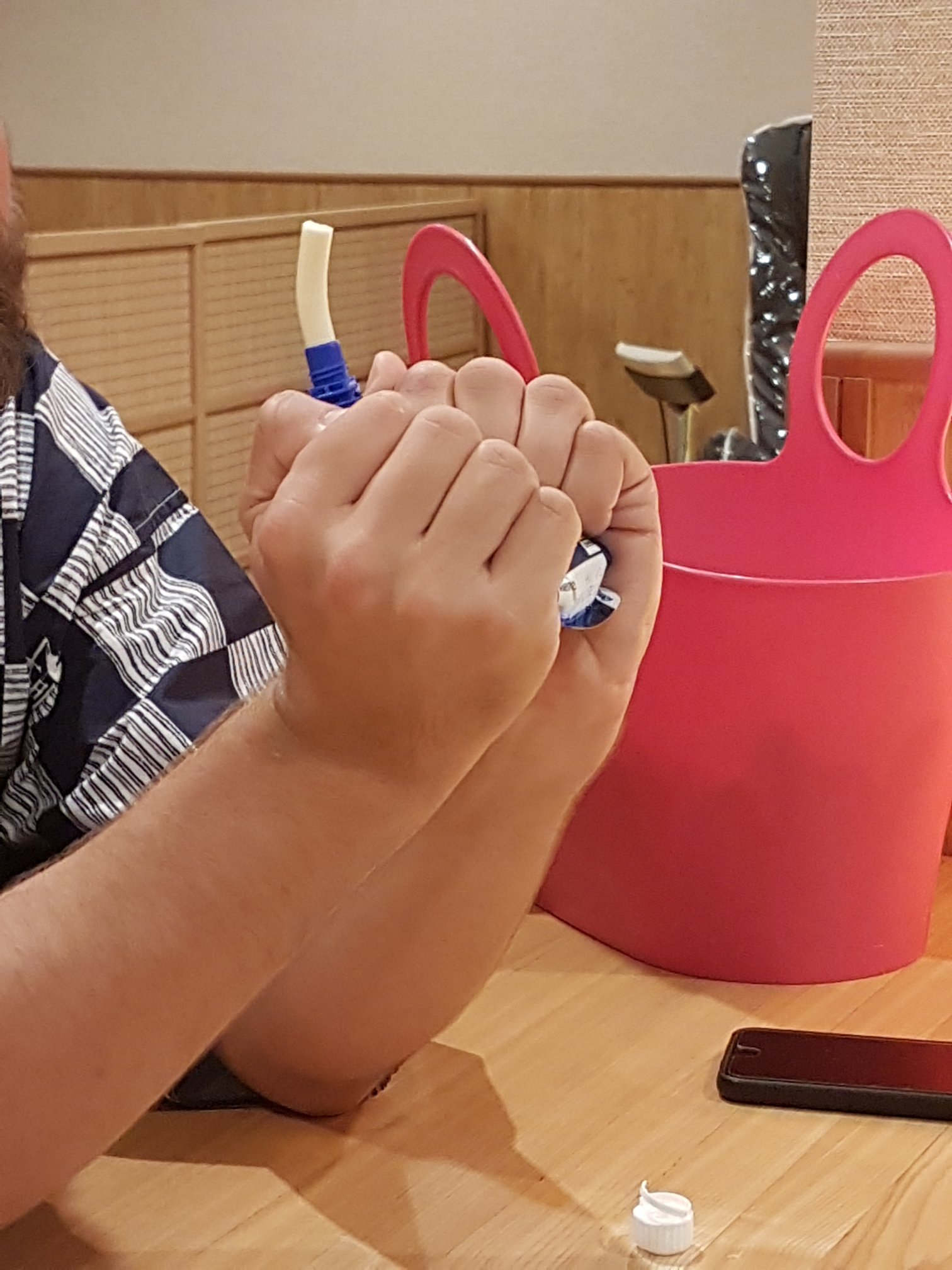 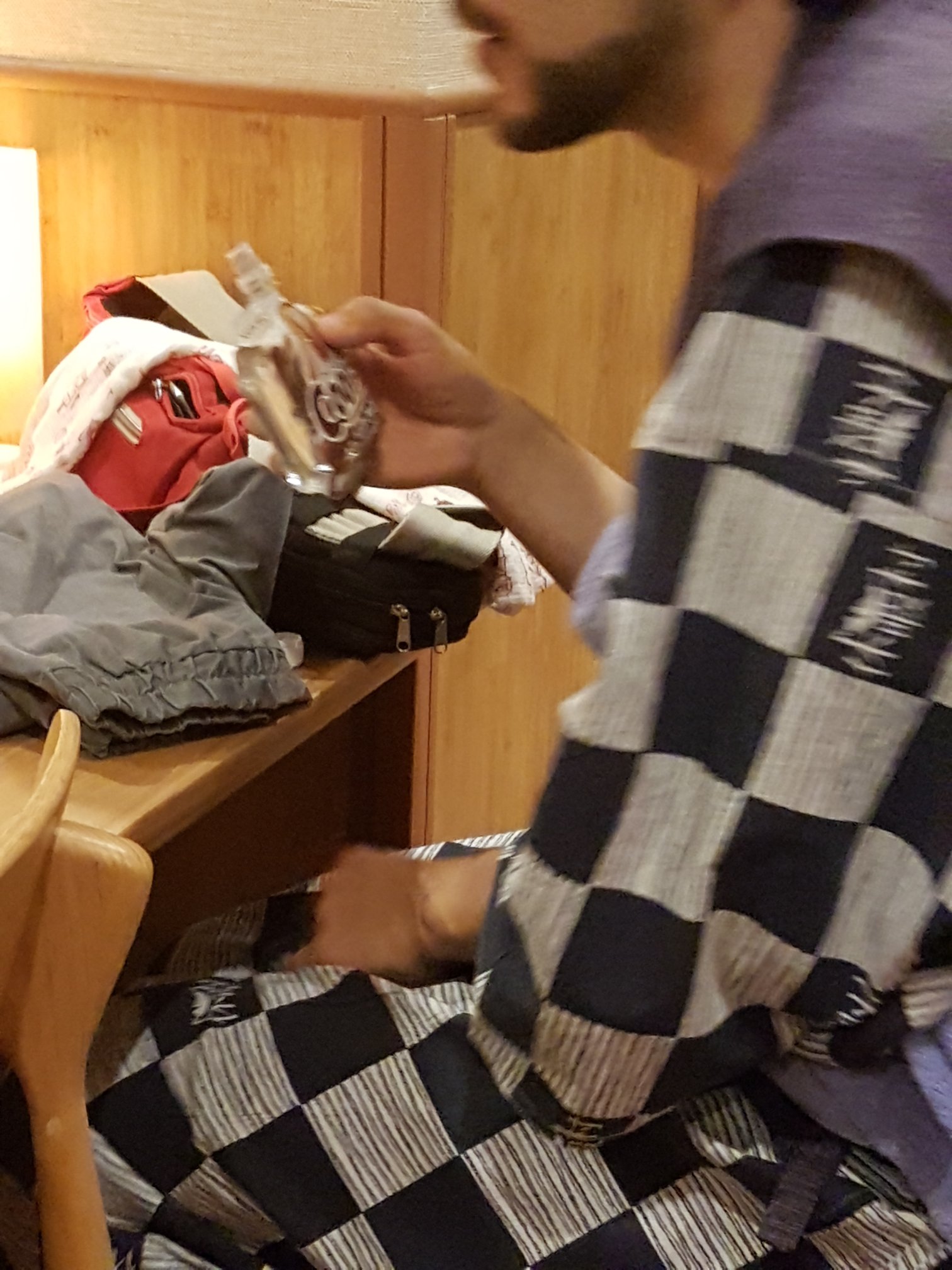 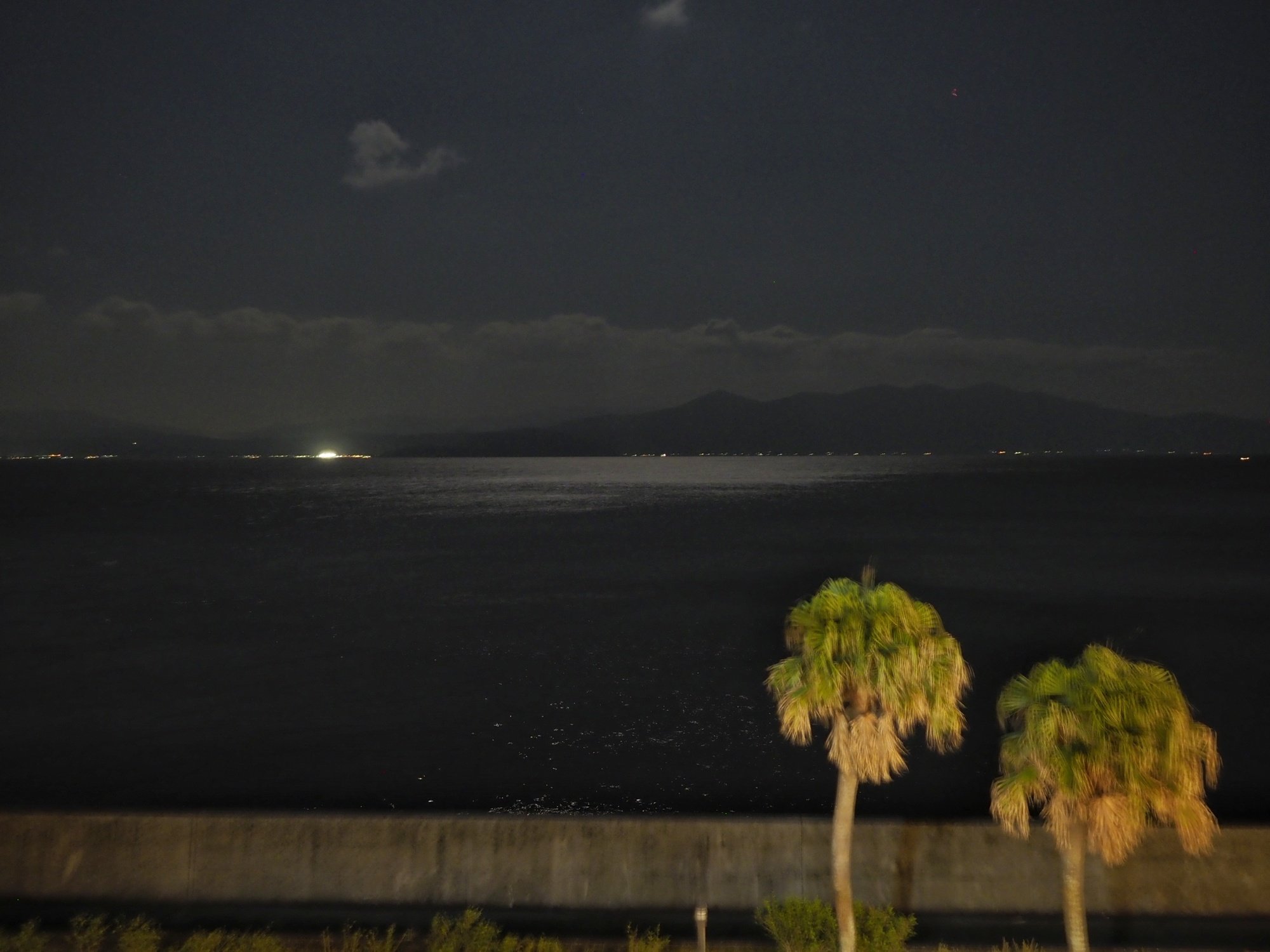