Further on to Ibusuki

Kagoshima was just a stop on our trip. The real goal was a ryokan in Ibusuki. To make it a bit lighter on the shoulders we left some of our luggage in the hotel and enjoyed a scenic trip with a local train line. 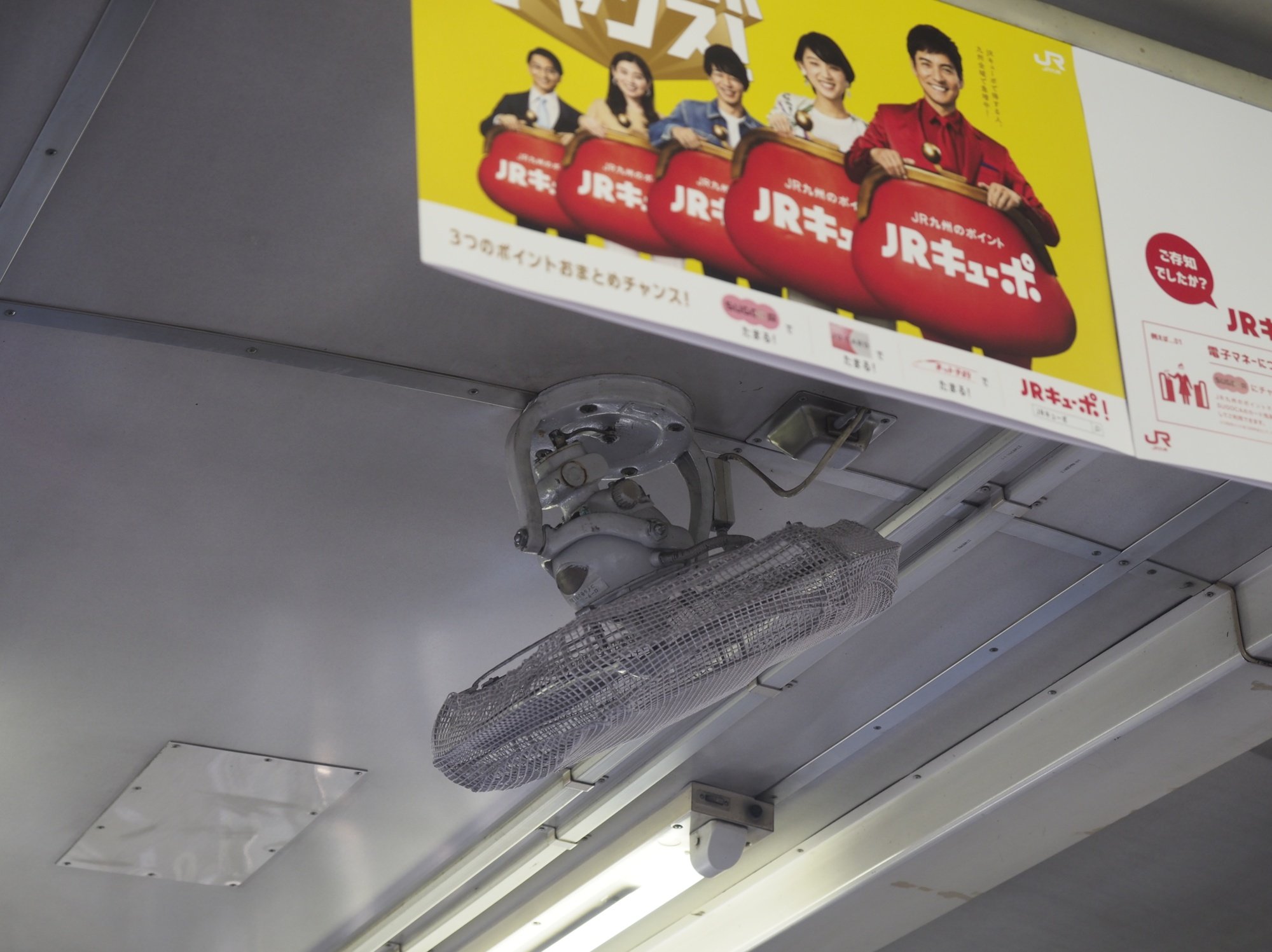 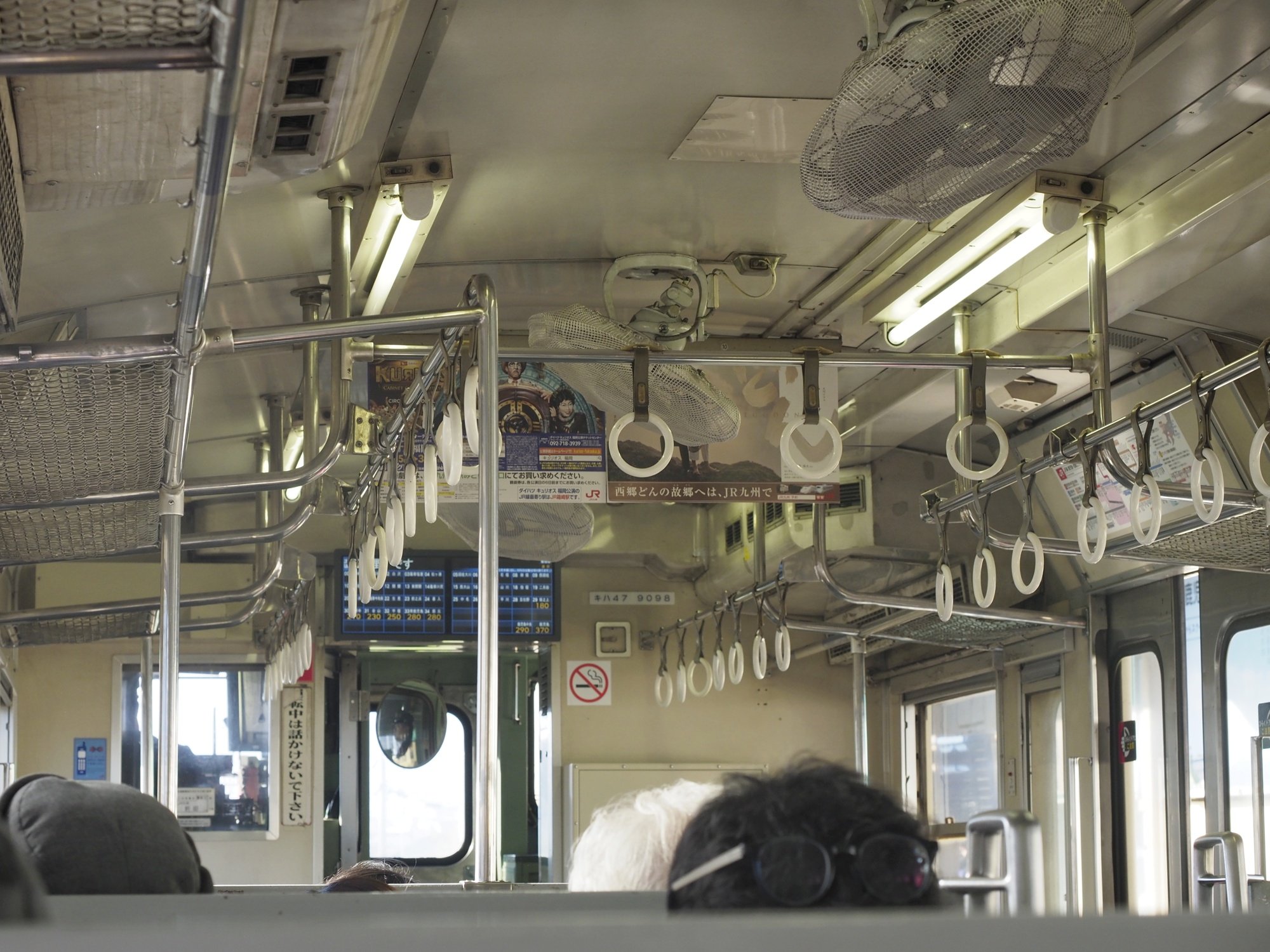 The cab of the train looked ancient. But as trains were build to last those parts that needed updating had been updated. The rest was left alone. At certain stops the driver had to validate the fare as well. Our stop was a proper train station so we had to show our ticket at the exit gates. 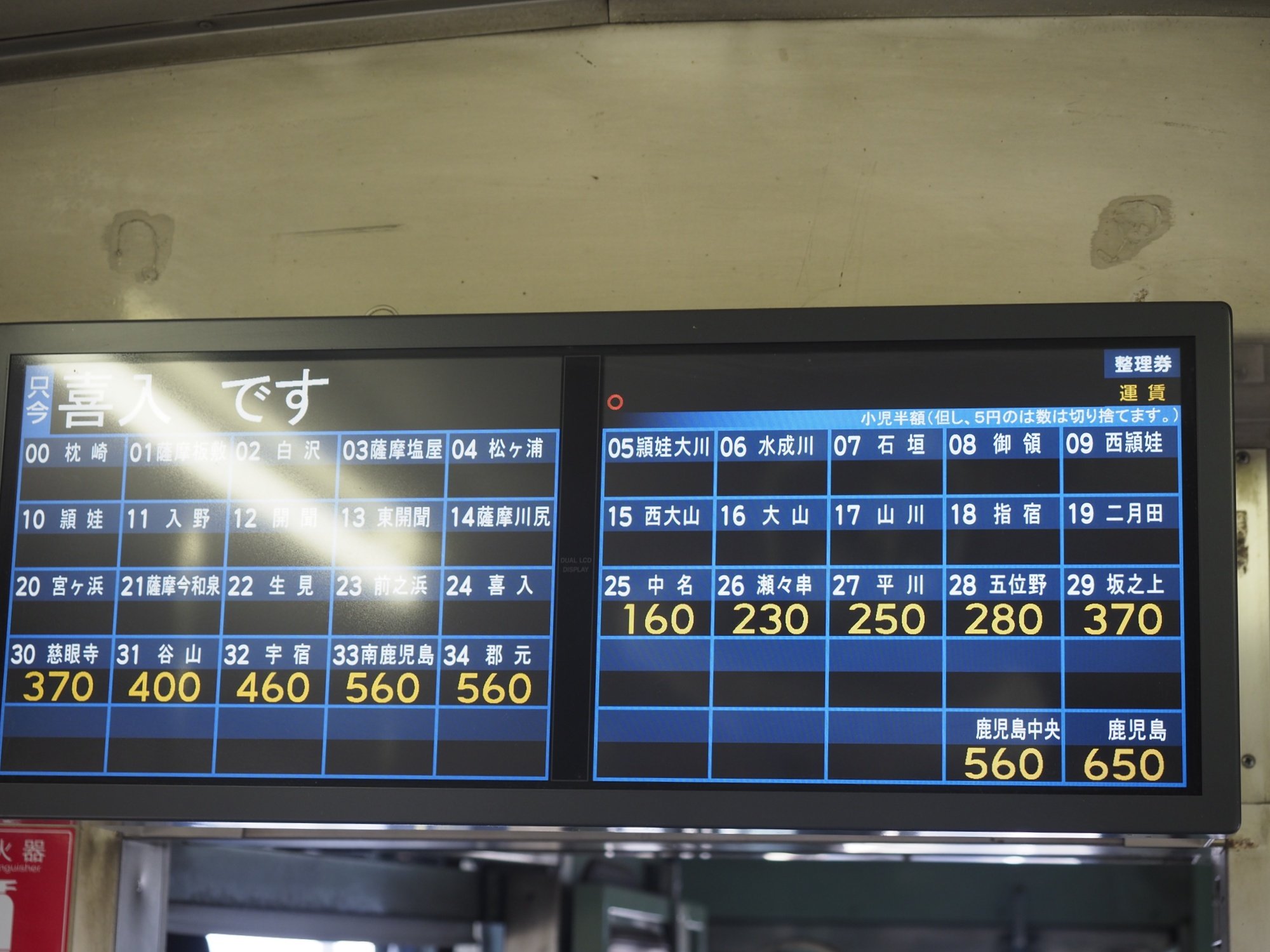 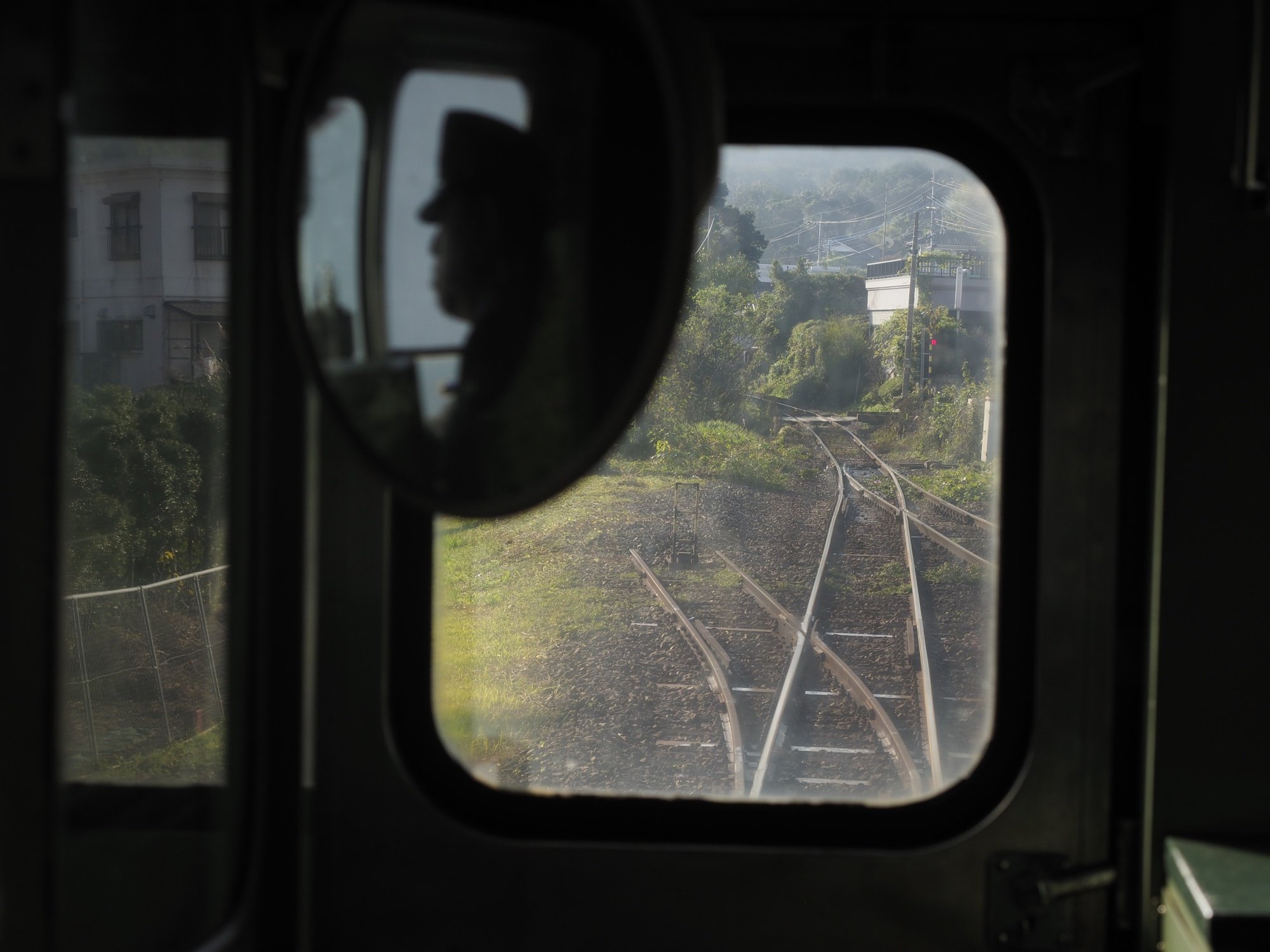 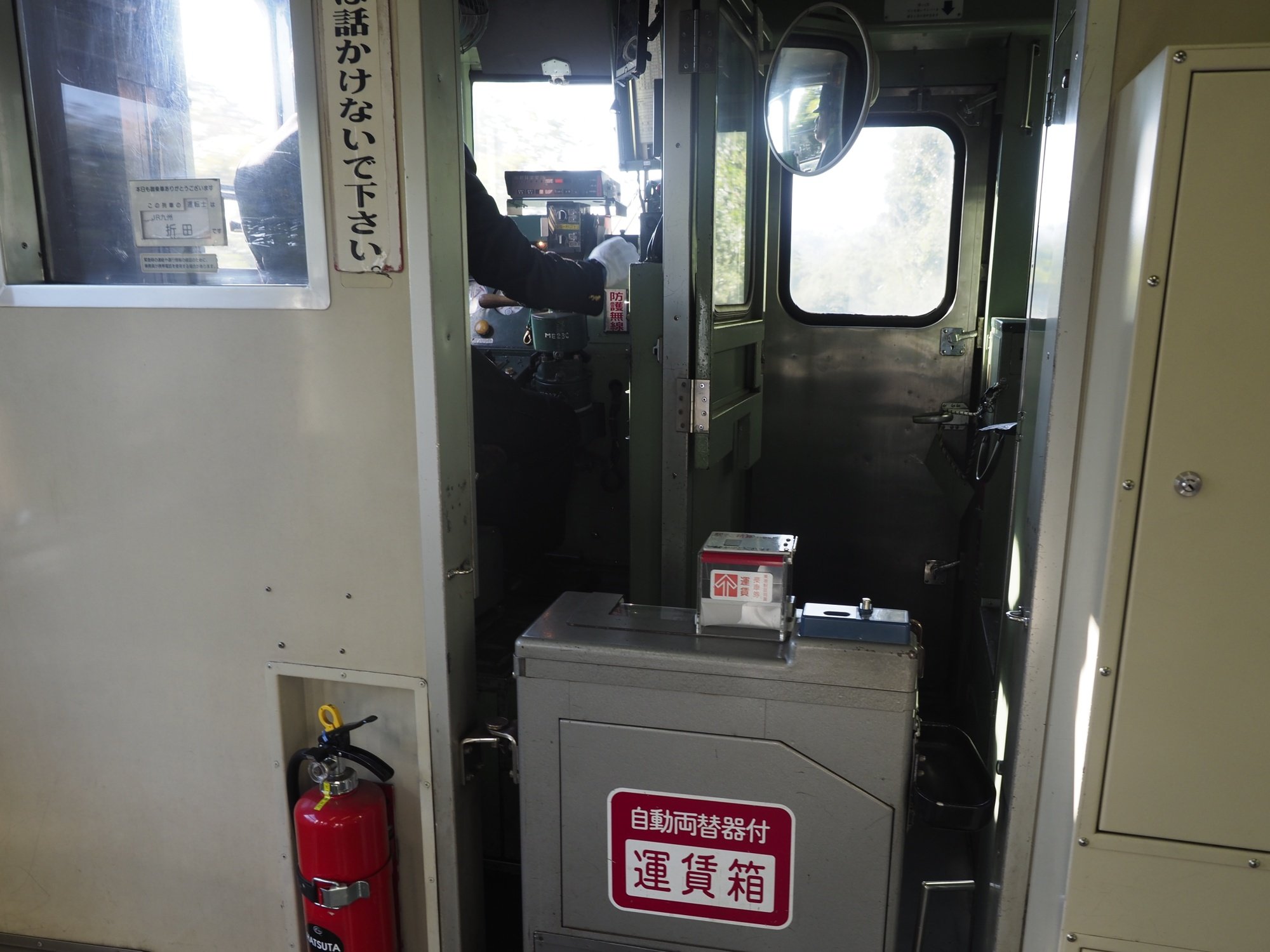 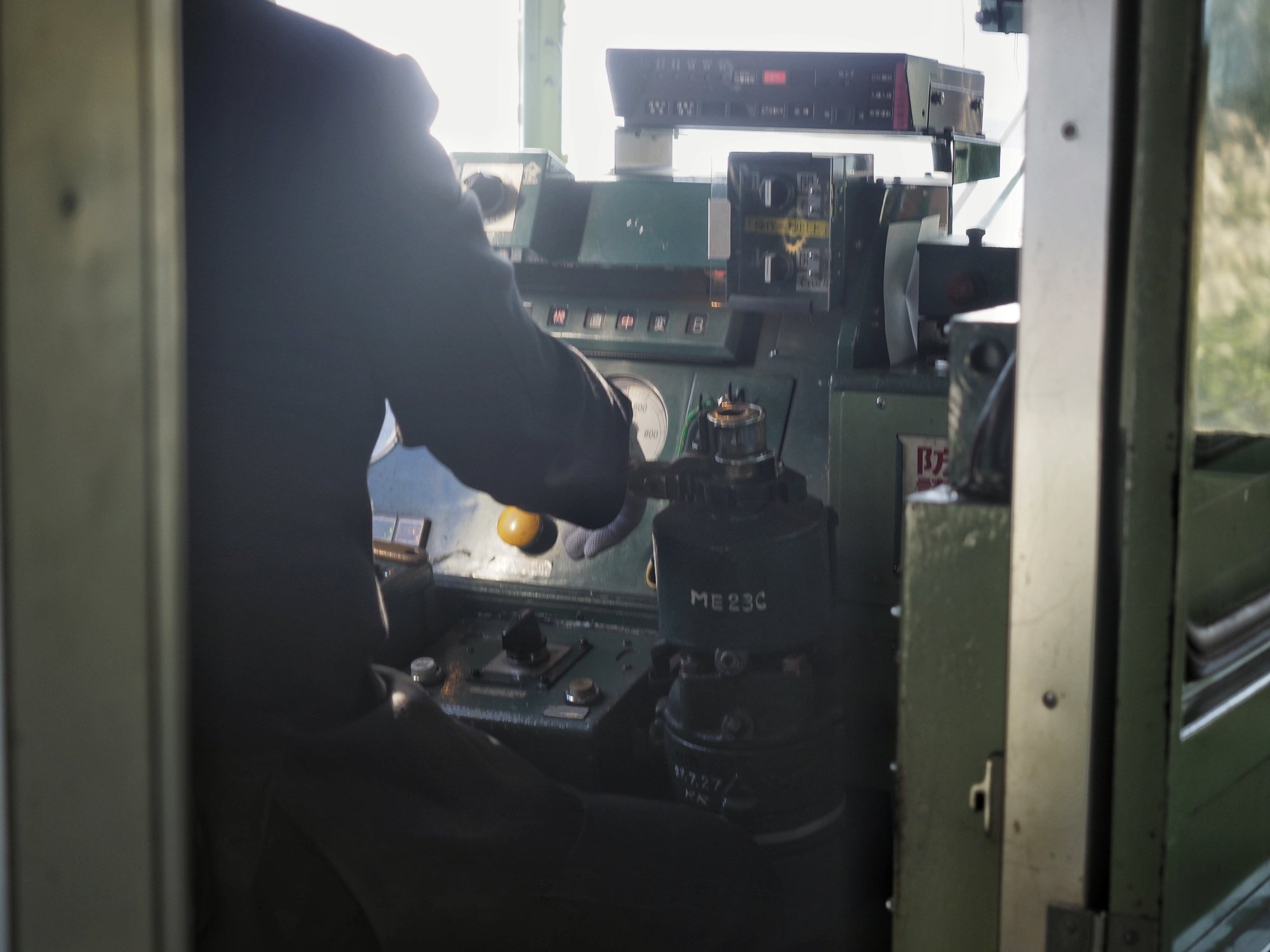 On the other side of the station we where picked up by a shuttle bus from the ryokan we are staying. We even had the honor of getting picked up by the general manager. 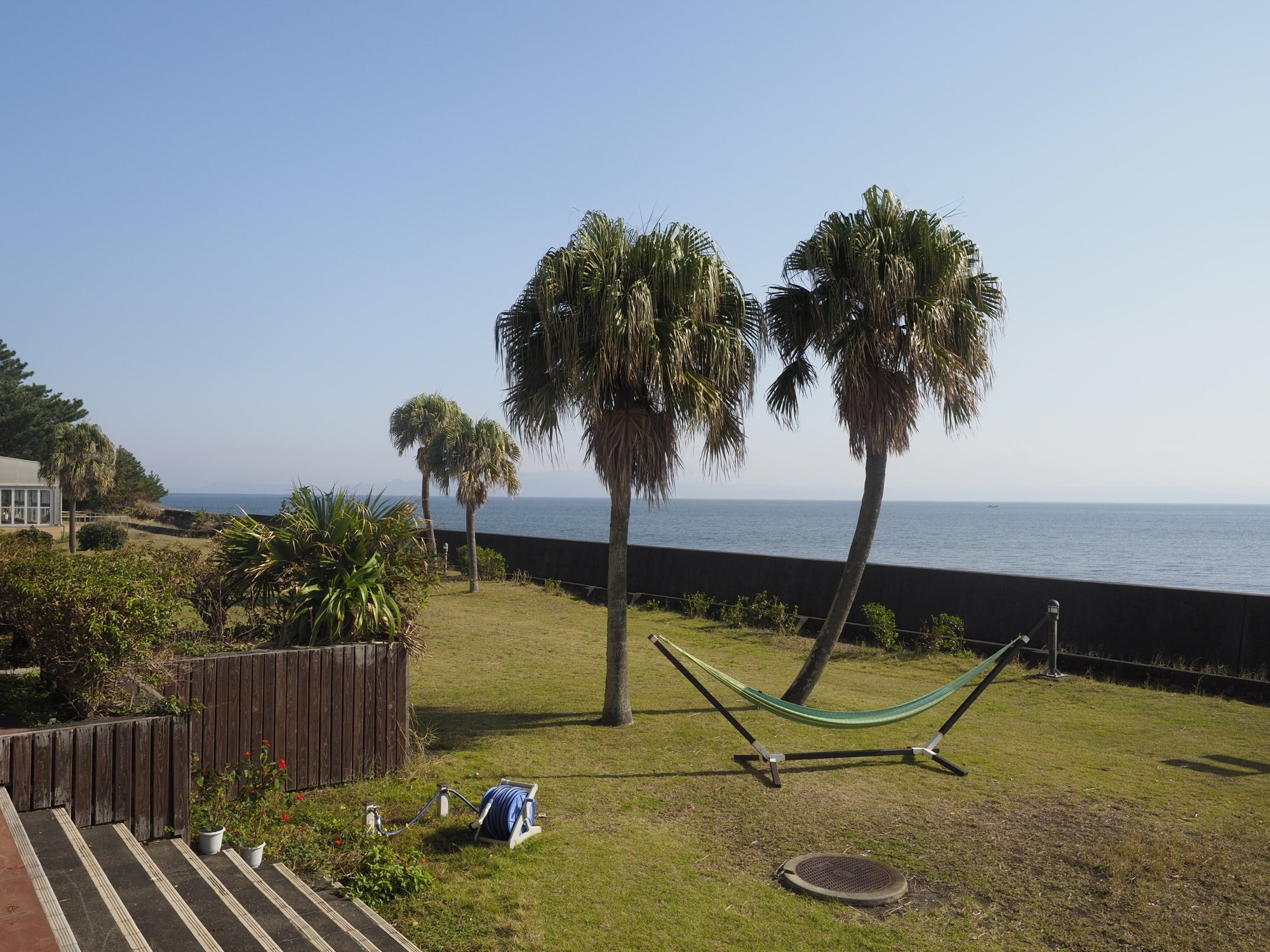 We did arrive a bit early in the day. As a result our rooms were not ready yet. So we stored our luggage and went for a hike up a Mt. Uomi. The weather was a bit cloudy. Therefore it was not too hot and the hike a pleasant one.

Once up it was time for a picnic with a marvelous view of the surroundings. We were especially interested in the bussards taking to the sky and the sandbank to Chiringashima. In winter the sandbank acts as a bridge to the island at low tide. In two days we are planning to cross there. Provided the weather plays nice. 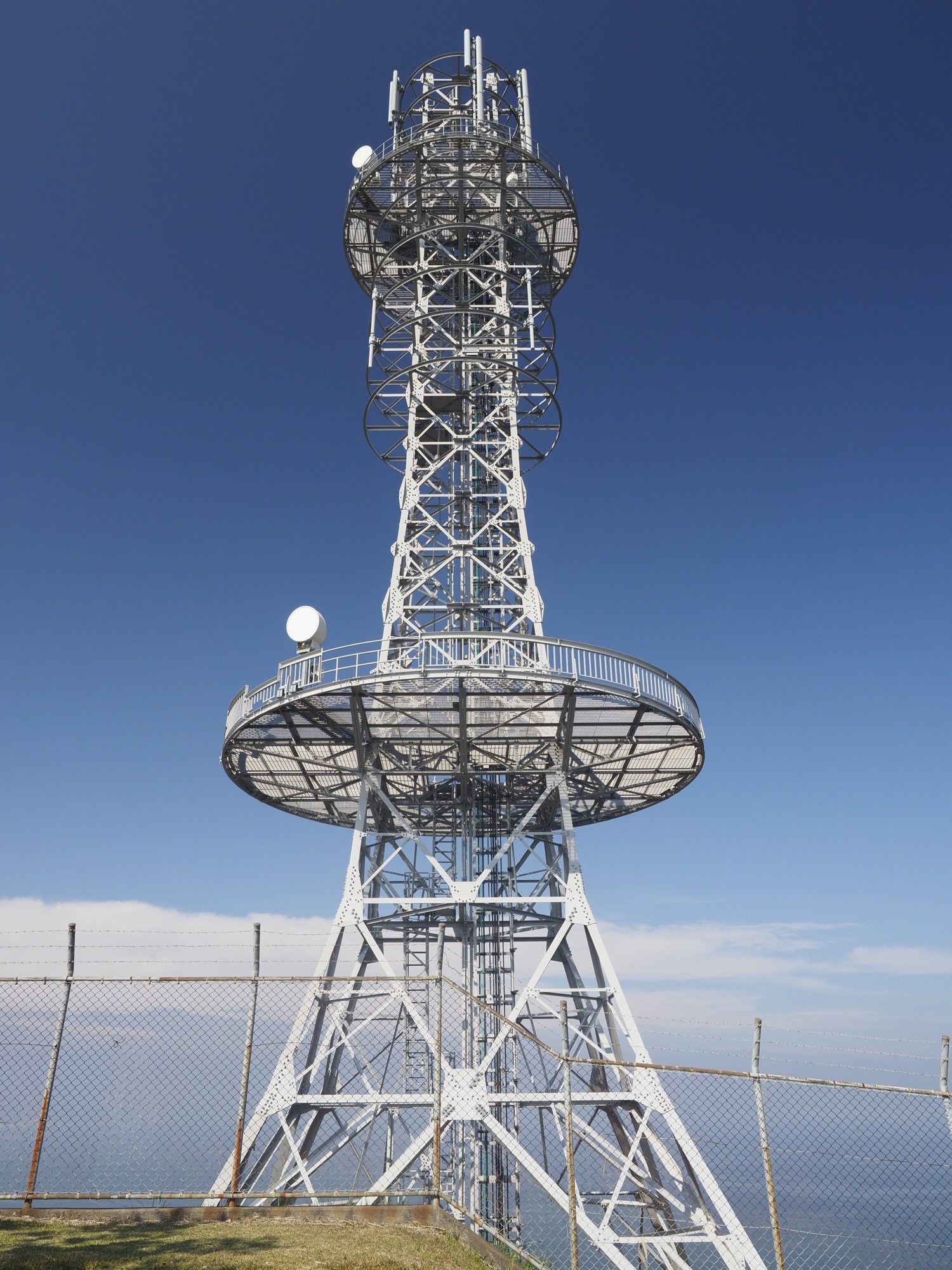 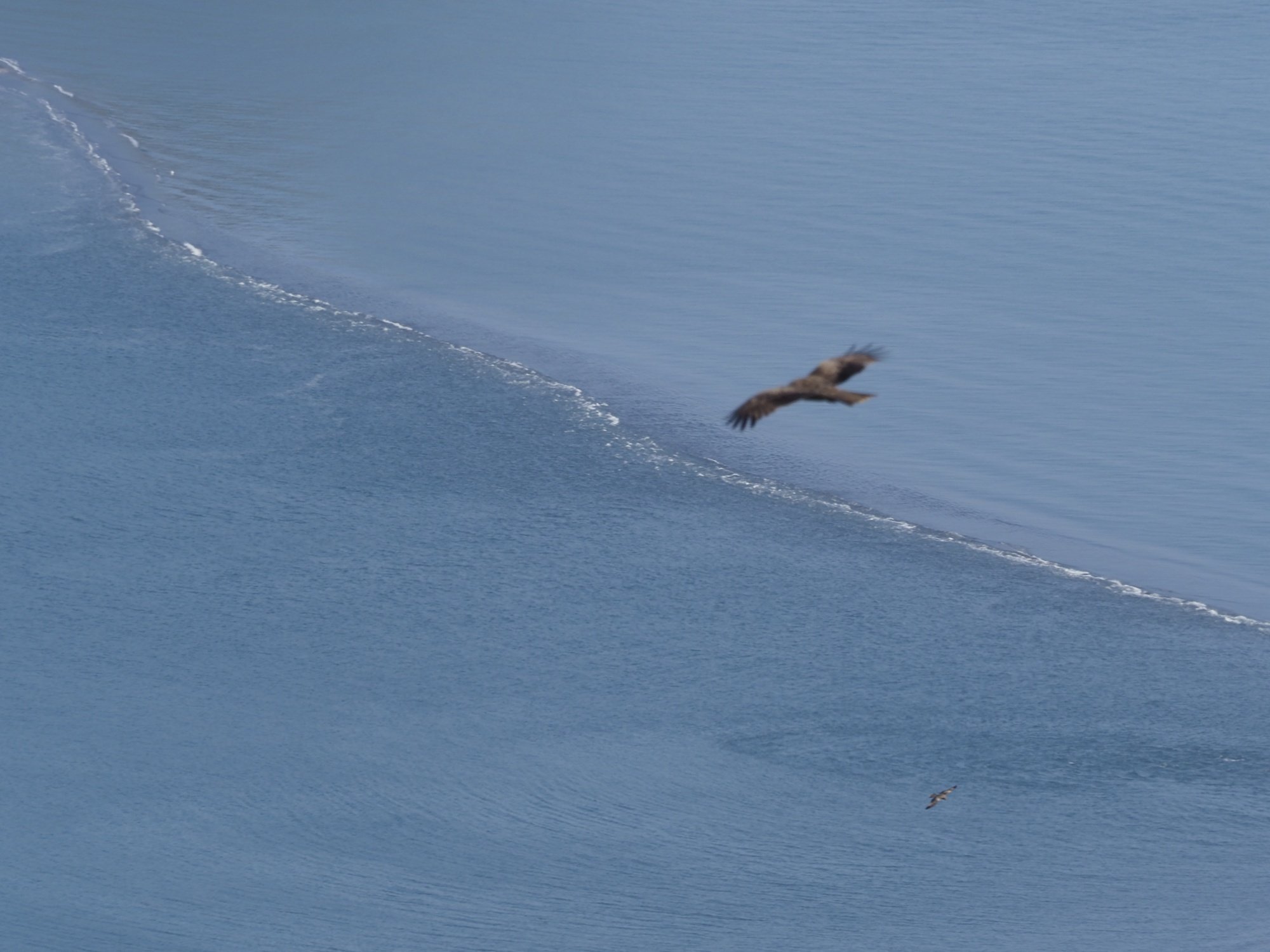 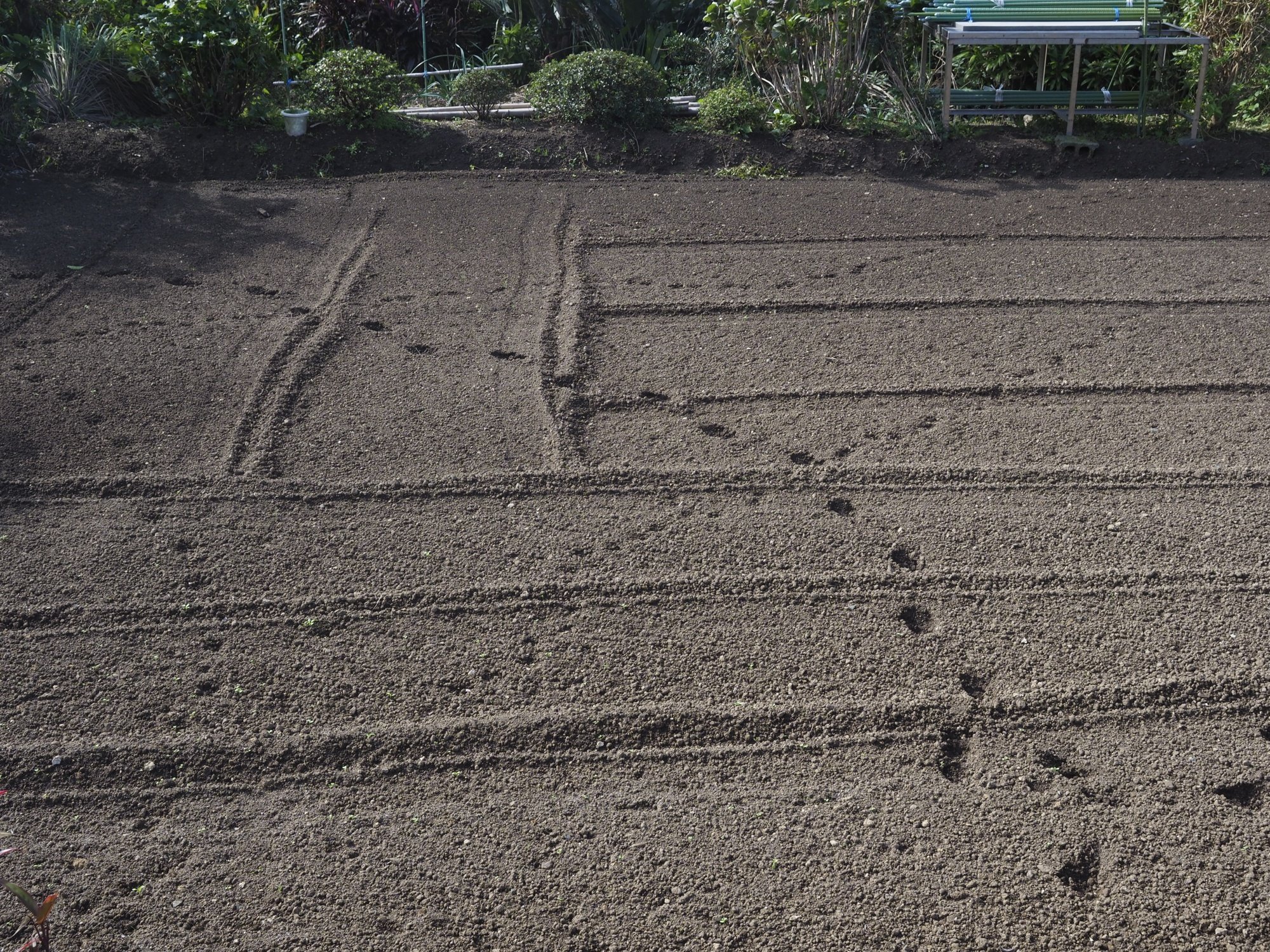 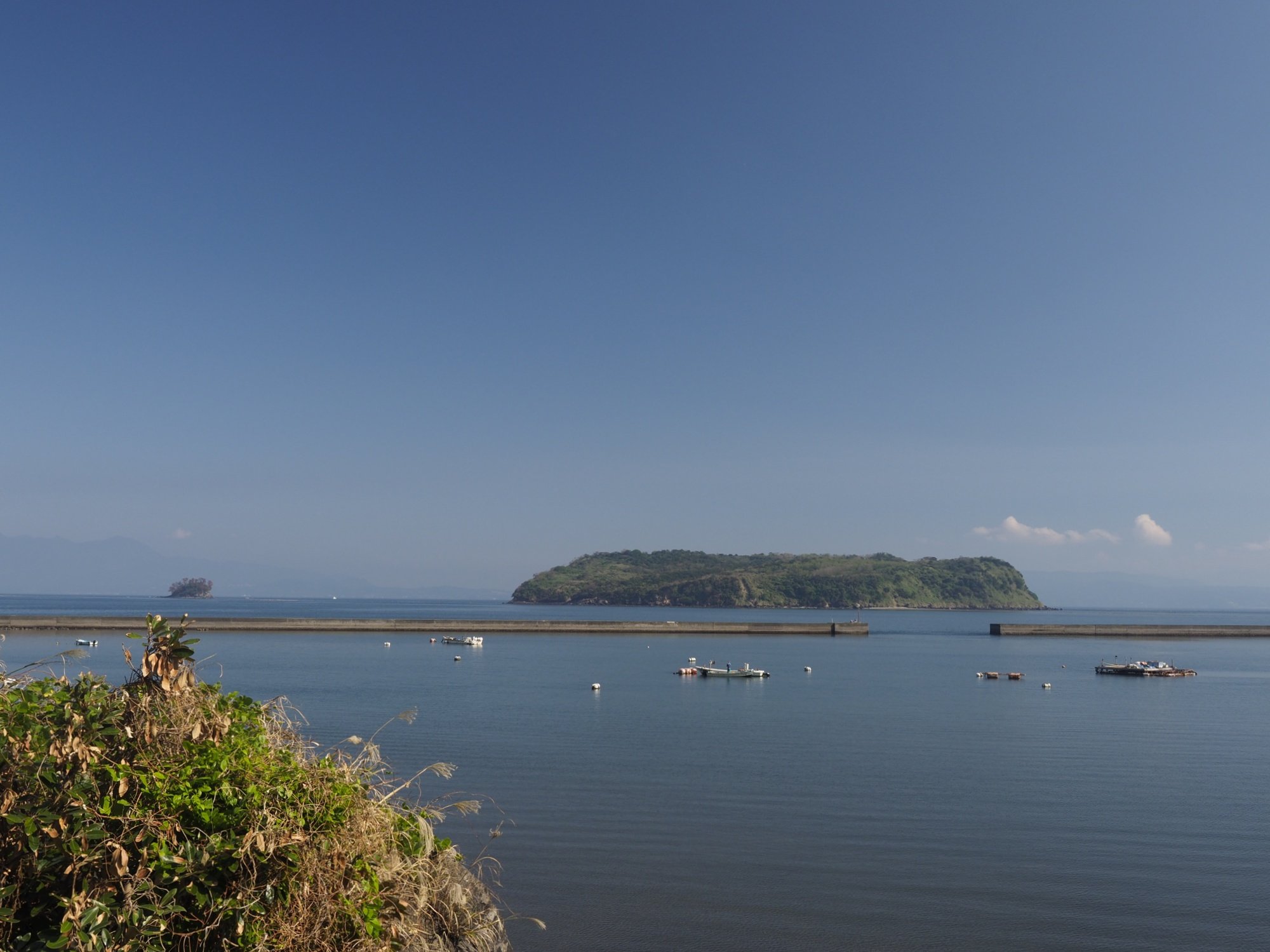 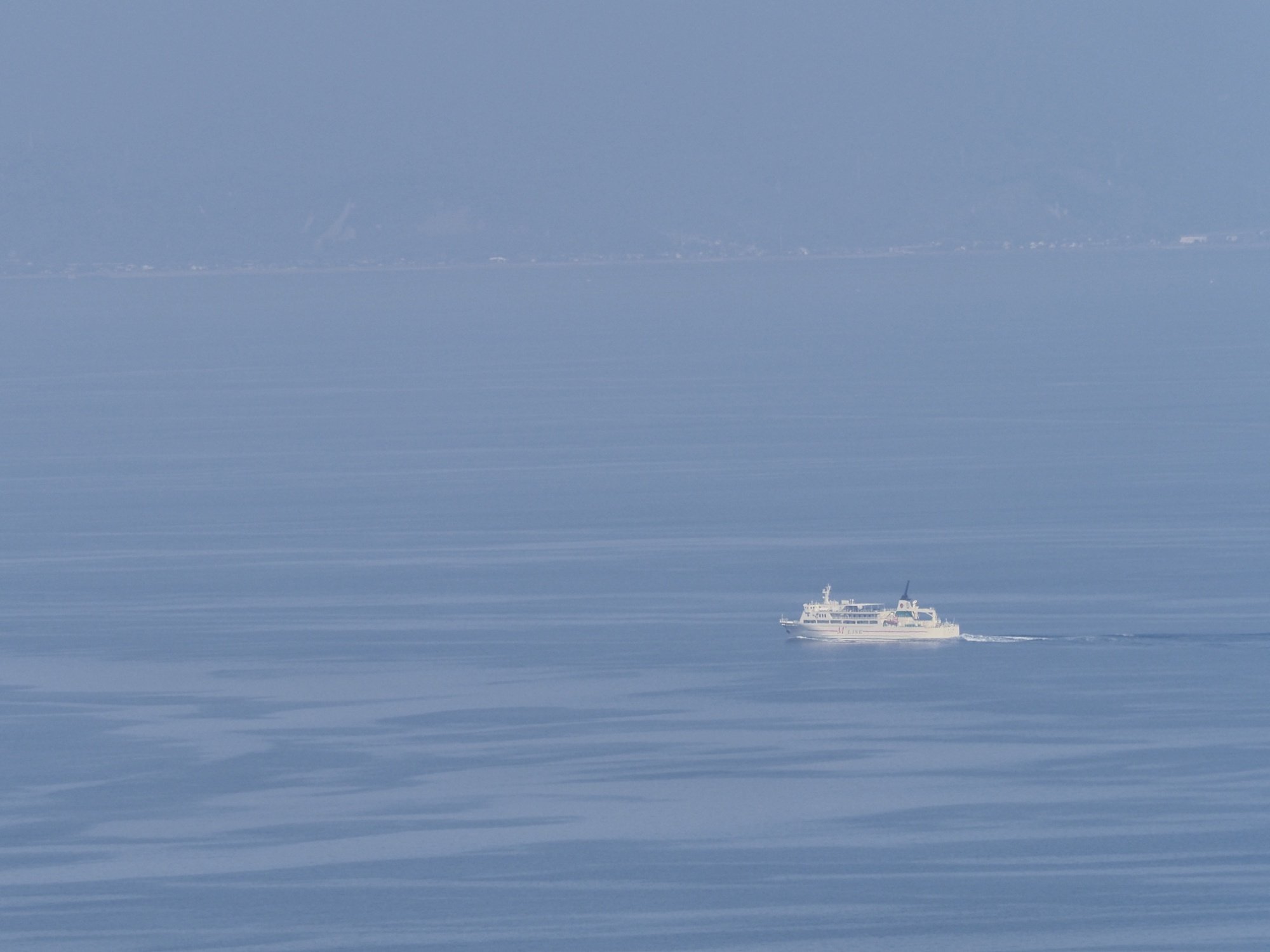 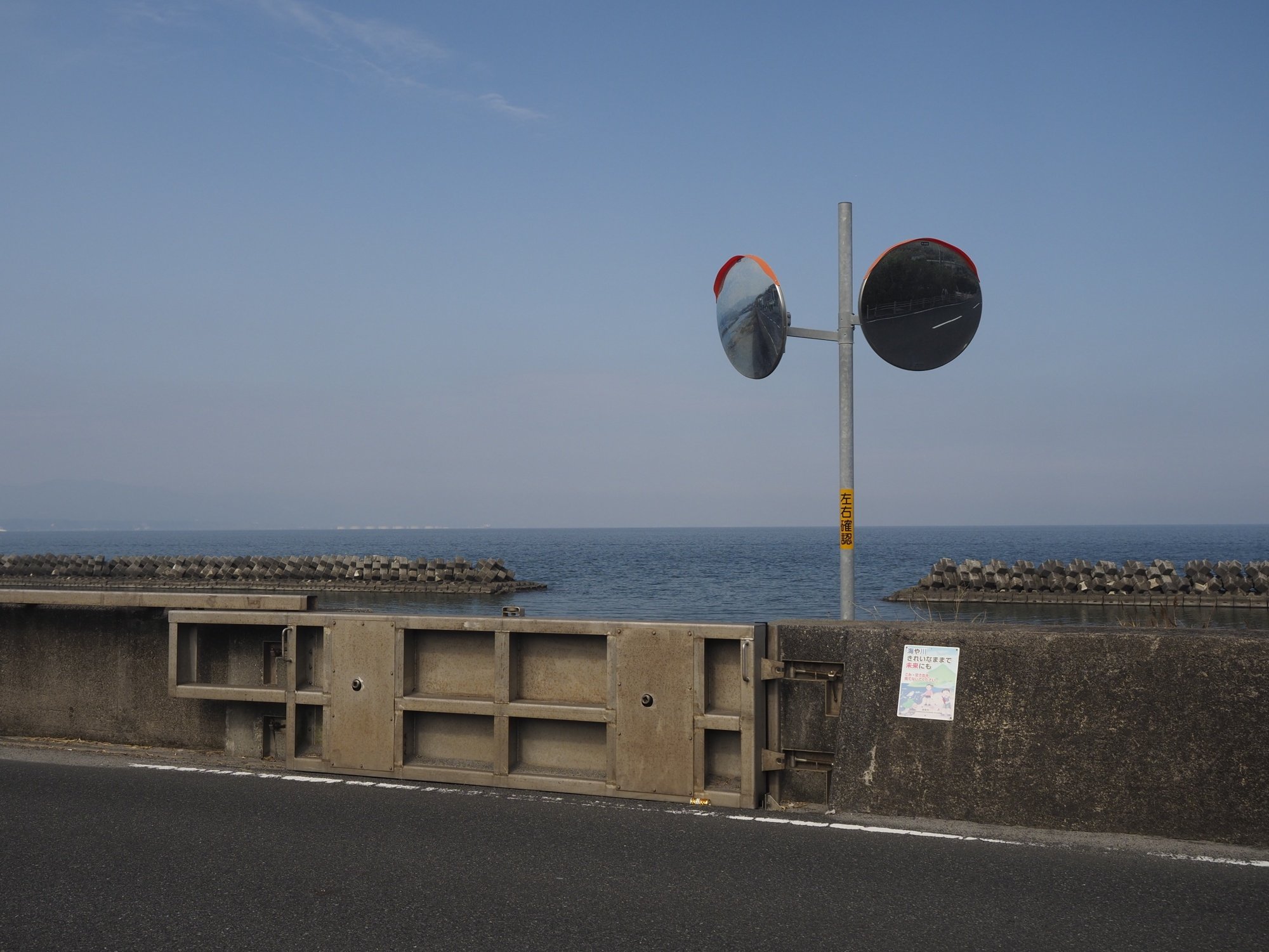 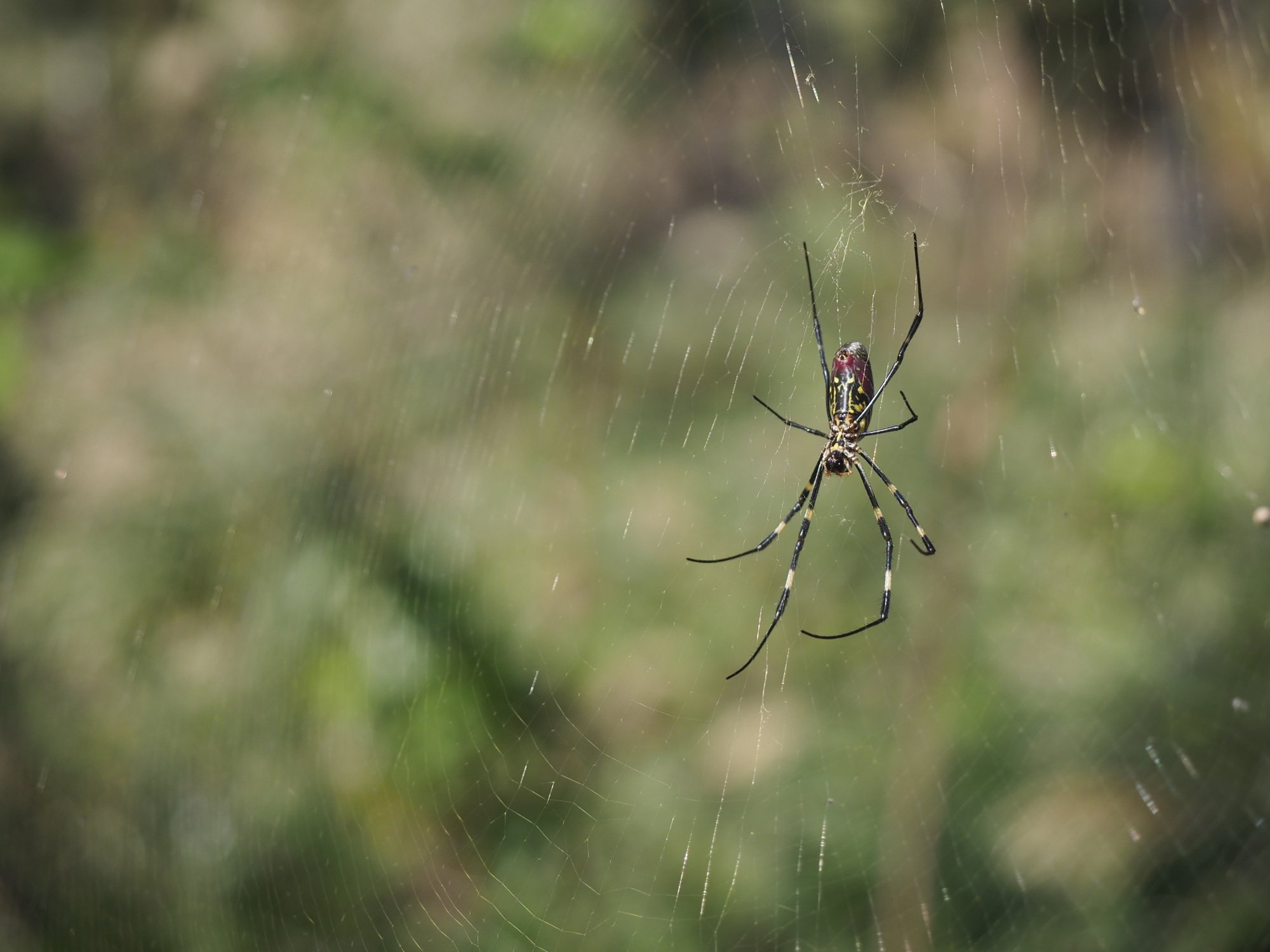 Once back down it was time to visit our rooms. Unfortunately I did forget to take pictures of the “clean” room. So I’ll have to deliver some with the beds already made. But of course these are rooms with Tatami masts. So no shoes. 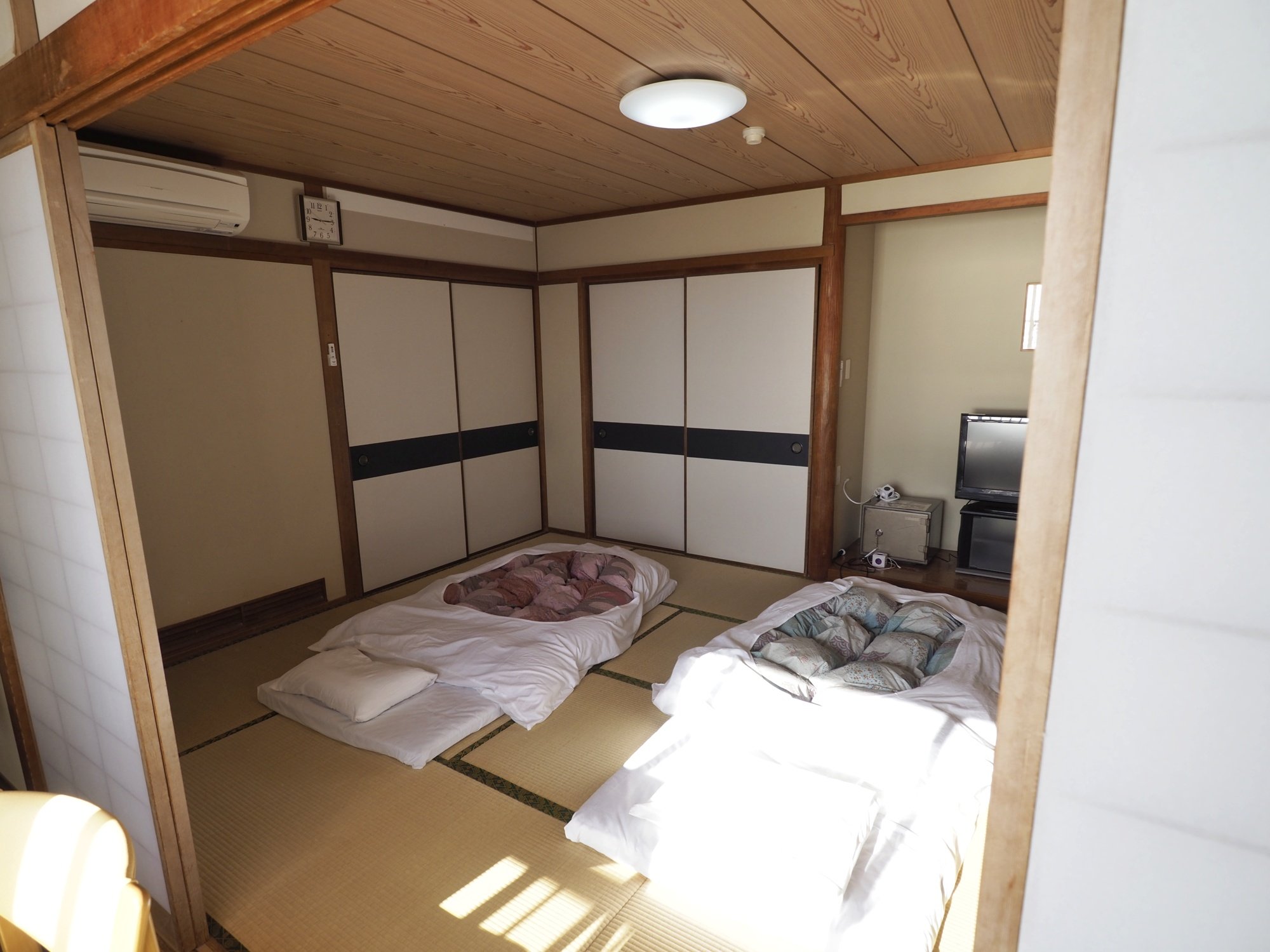 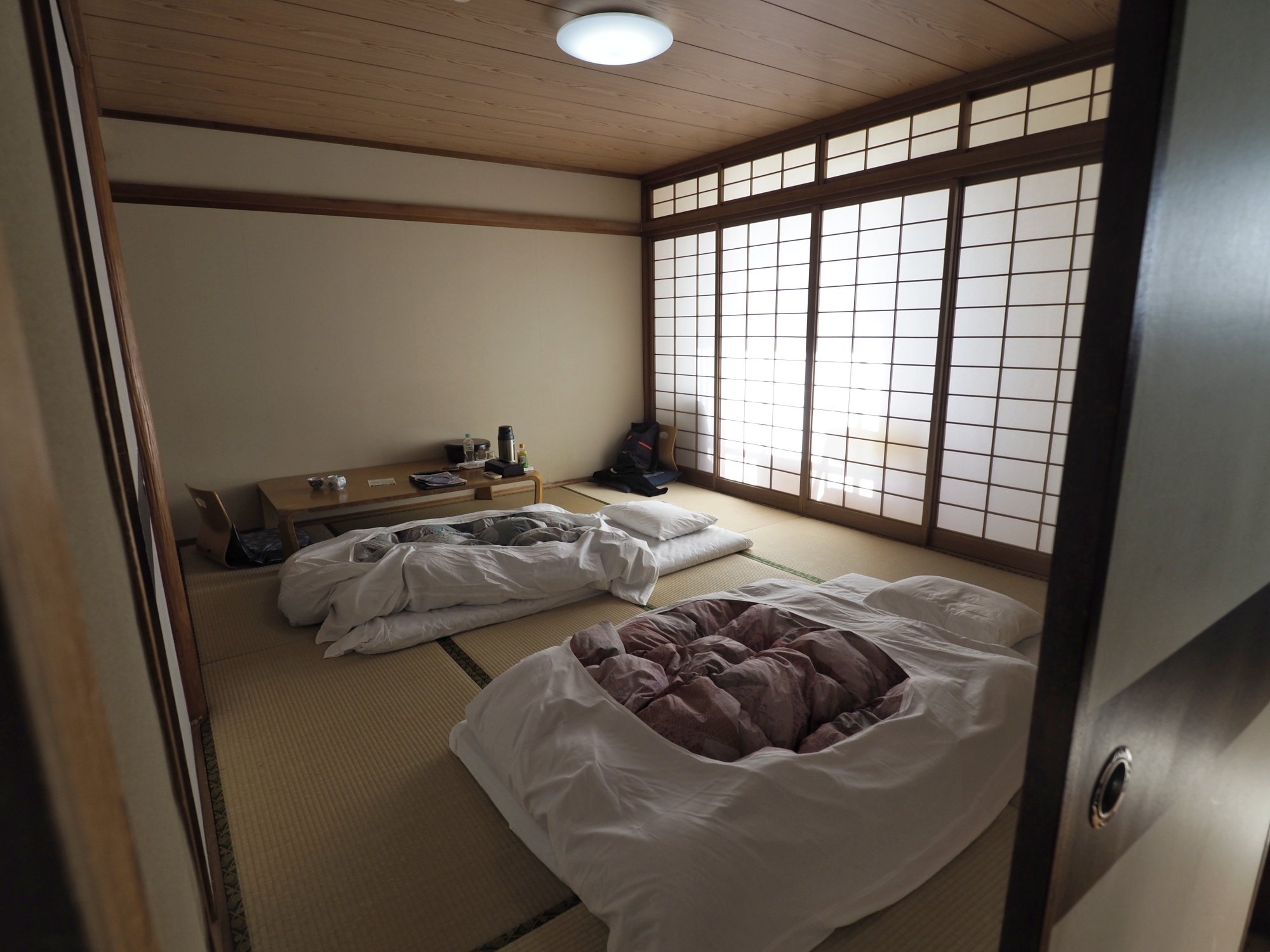 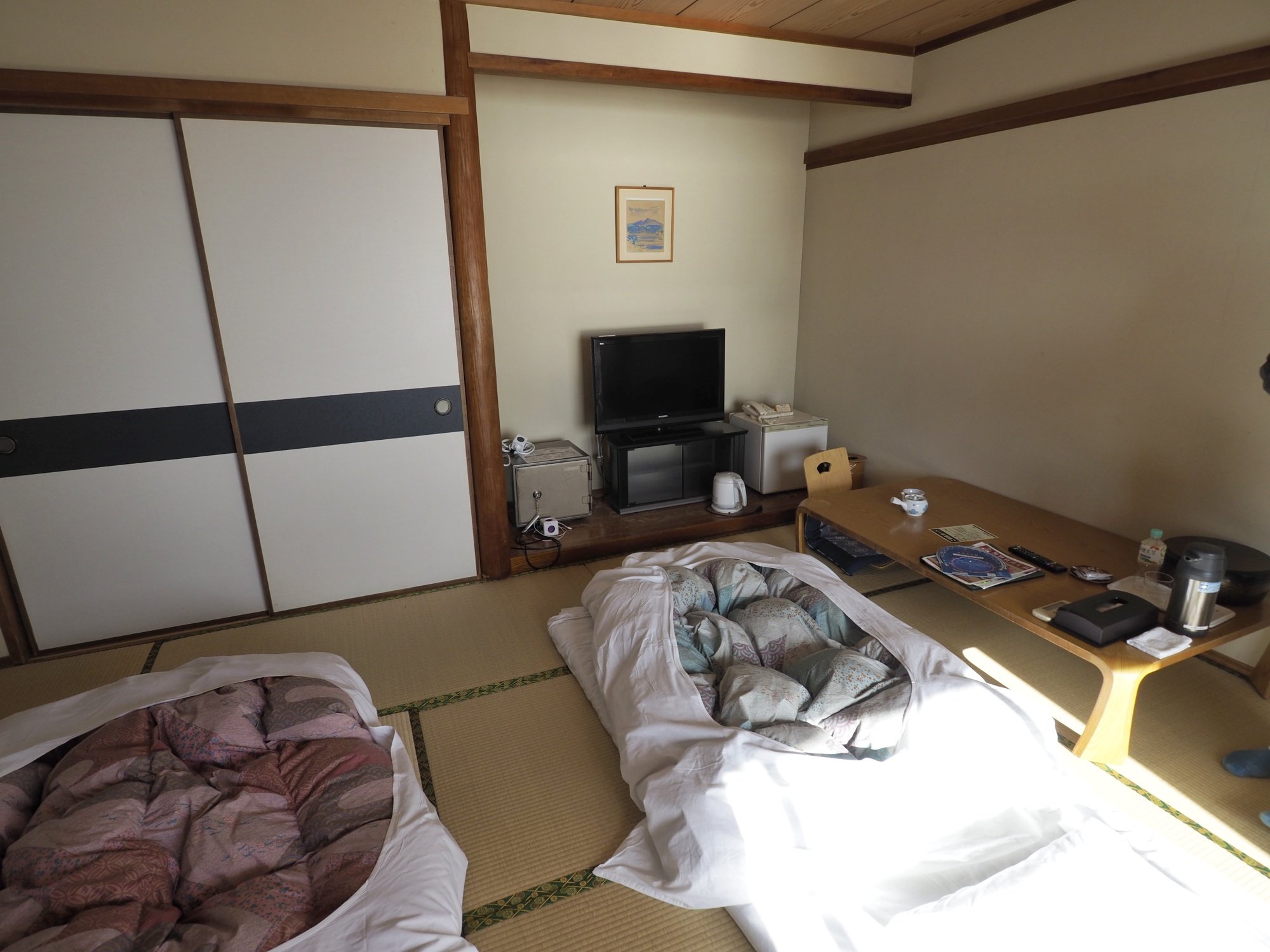 Next secret to solve was how to put on a Yukata. The simple garment can be warm all around the inn and is quite comfortable. Getting the correct size was not so easy. But between 185cm (the official upper limit) and 192cm the difference seems not to be too big.

And off we went to the Onsen and to get a sandbath. Before going to into the hot water there is some washing yourself first of course and then a nice soak. The next stop was the “bath” in the hot sand. The sand is not hot itself but heated up by flooding it with hot water. After the water is drained the sand retains some of the warms. Here the attendants dig a whole for you to lie in. Afterwards they put some more of the wet sand on top. I’ve been told that you usually stay here for about 10 to 15 minutes. Extending the time might lead to an unpleasant “surprise” after getting out. 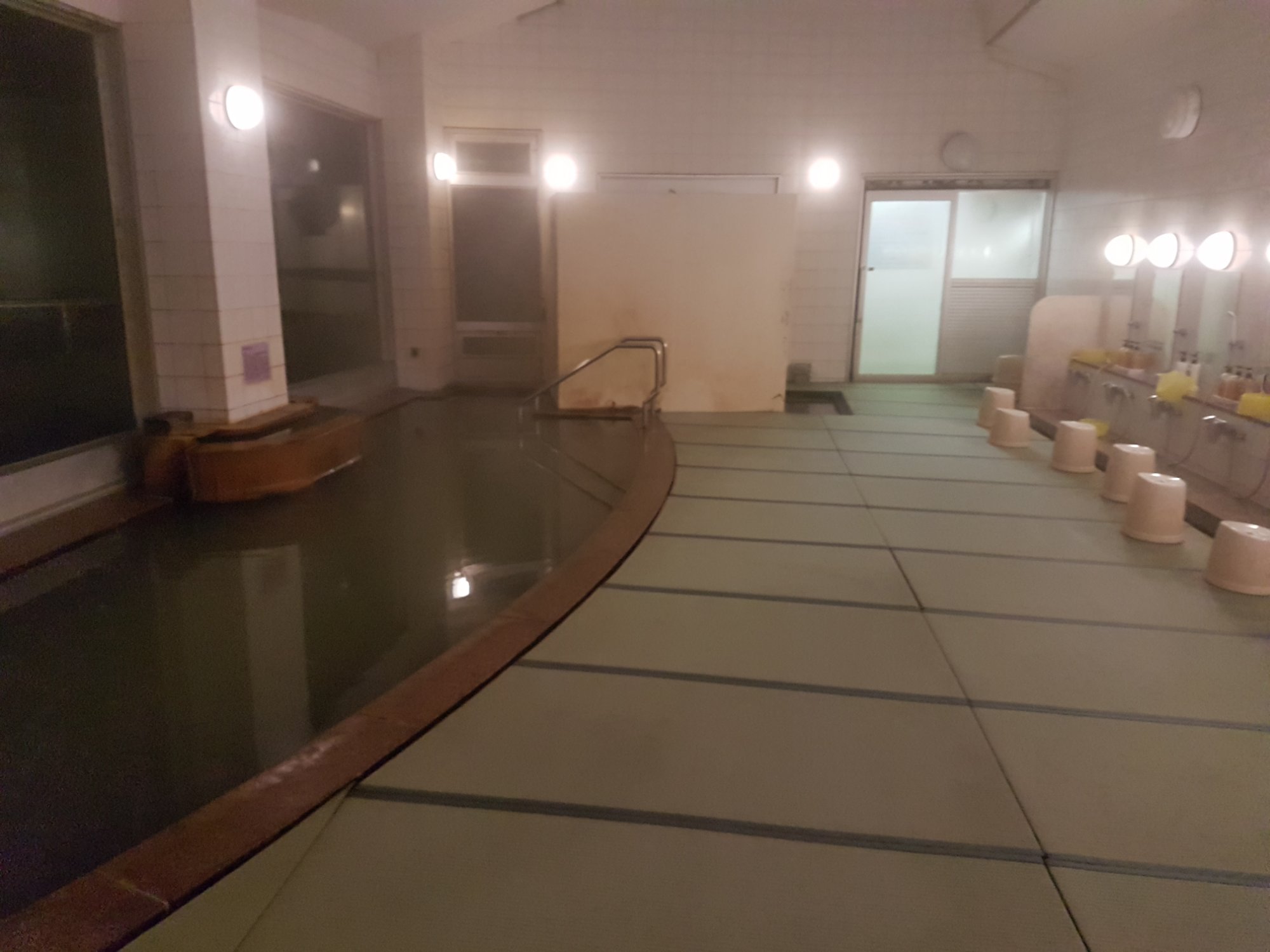 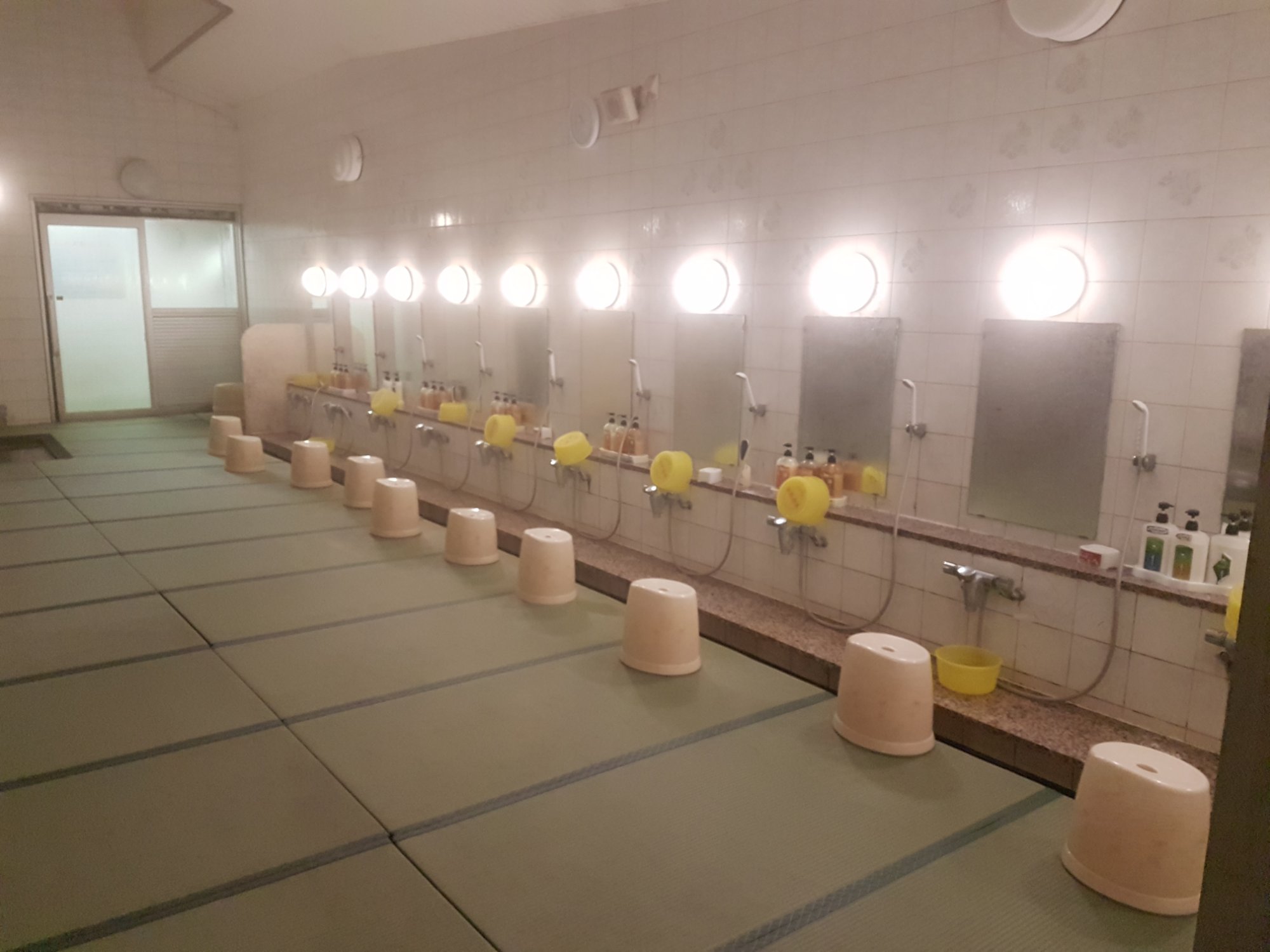 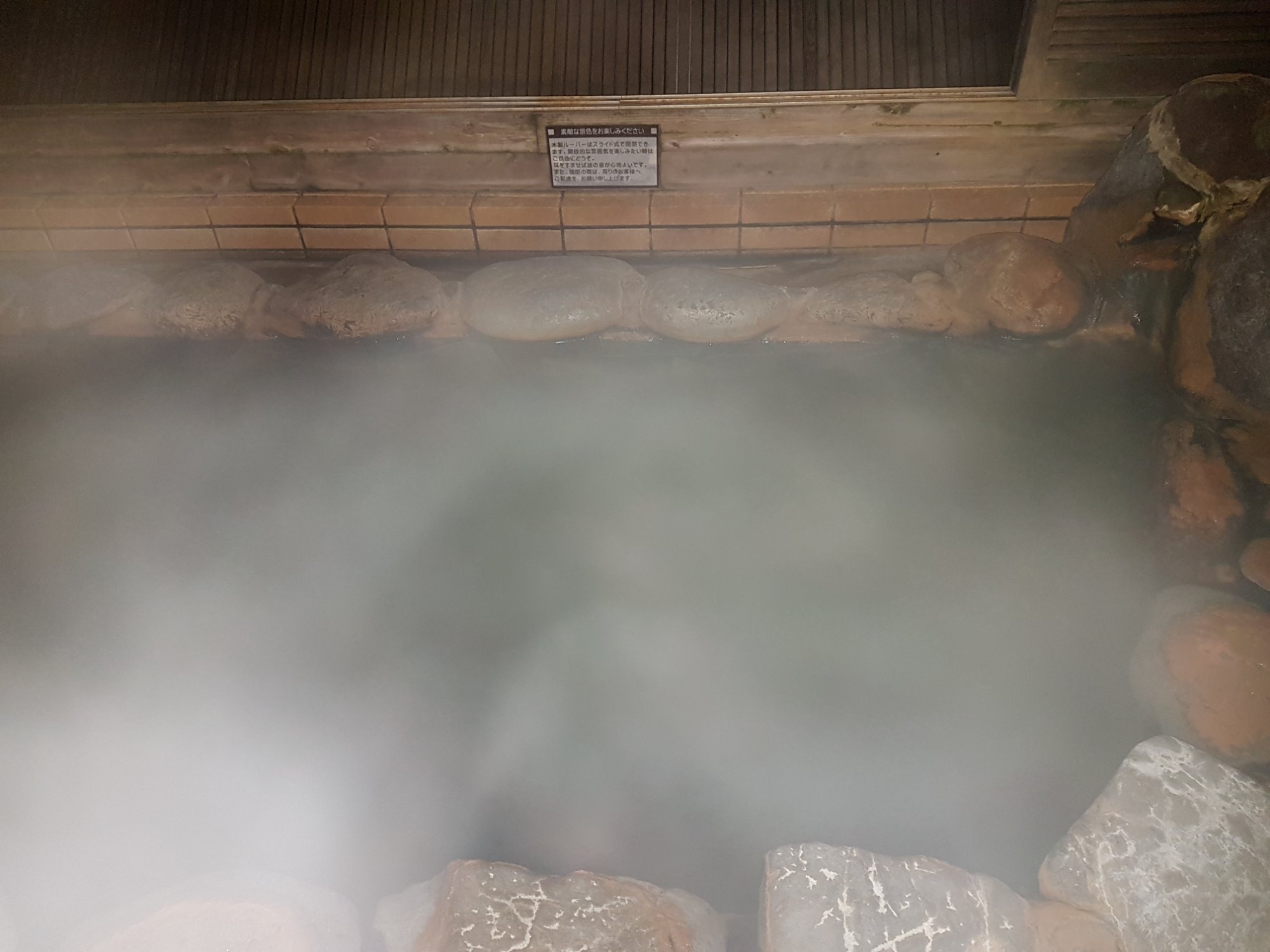 Dinner was a feast. With a buffet on one side and a small menu on the table on the other side. The menu consisted of some some fish in a crust, some sashimi and as third part of some fish and vegetables which you cooked in a small bowl of broth. The menu itself was presented on three trays which where set up to look like a sphere.

After dinner we met up for some beer and spirits. Which lasted for a good part of the evening.


Warning: sizeof(): Parameter must be an array or an object that implements Countable in /homepages/31/d445755504/htdocs/clickandbuilds/Cyrilontour/wp-content/plugins/bmo-expo/classes/theGallery.php on line 136