Today started a little bit later with a ride to the other end of the monorail. 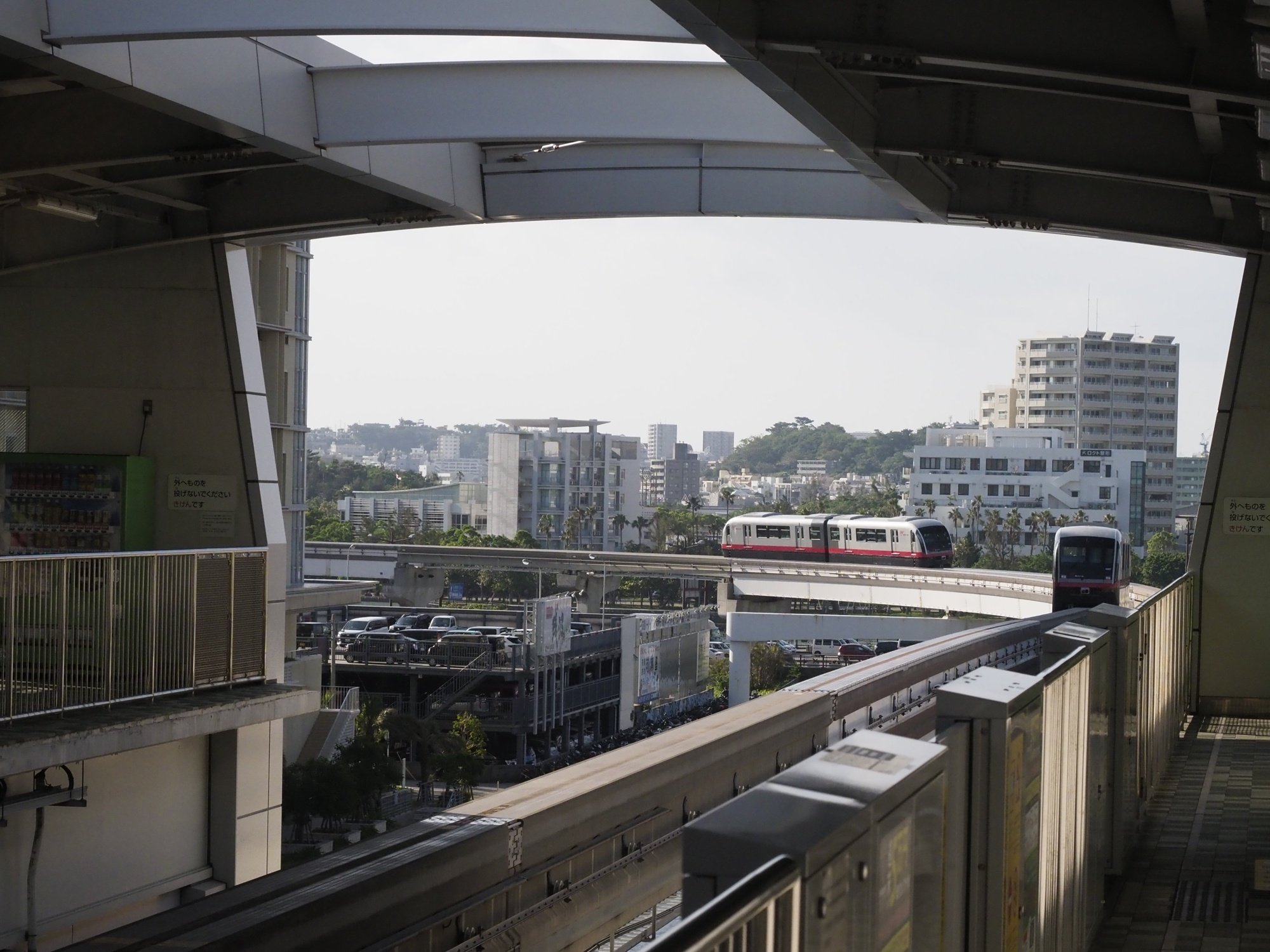 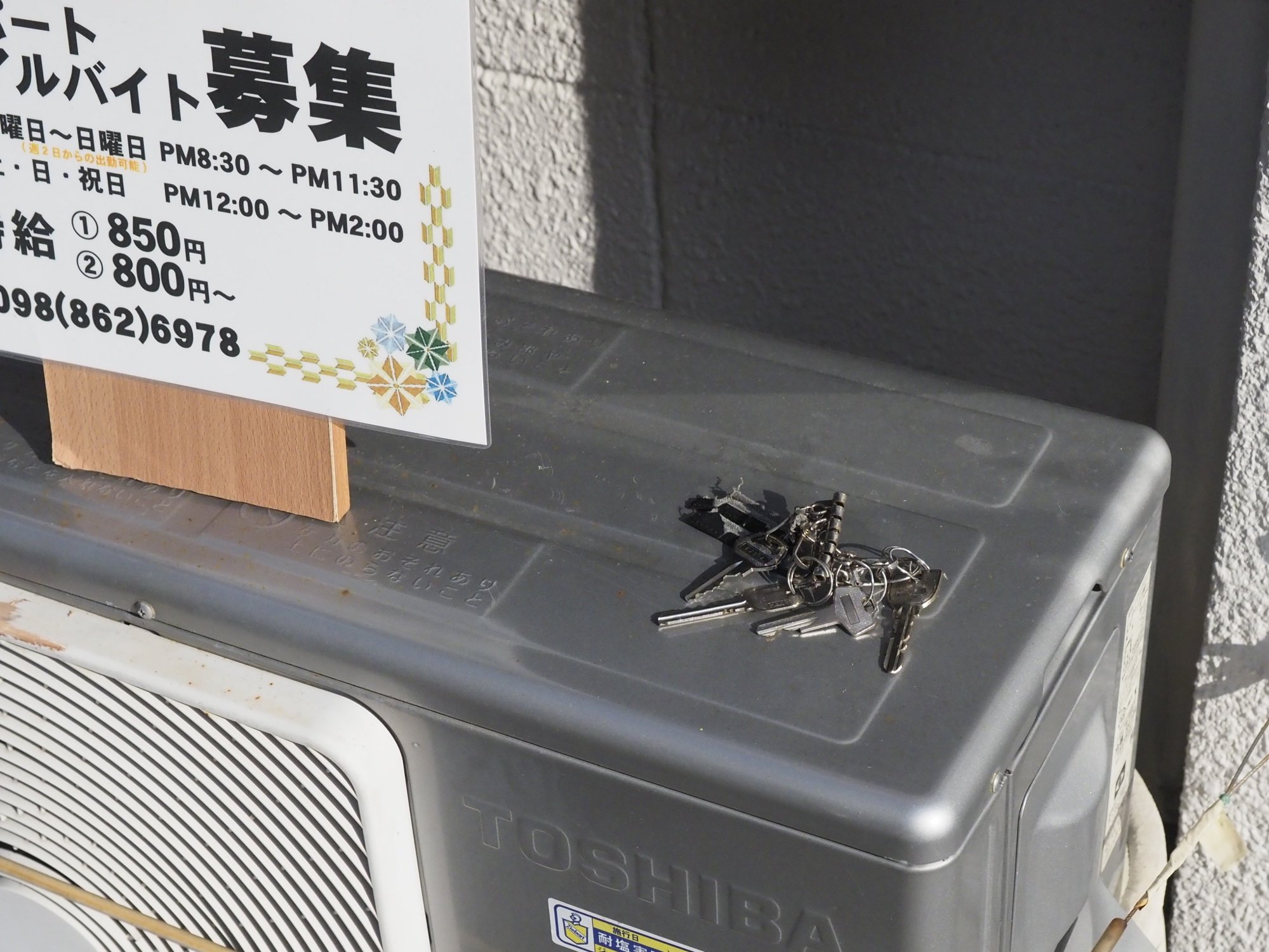 Always up high and with a view over the different parts of the city. Destination Sonohyan-utaki Steintor und Shurijo. This old castle was build to defend and for the emperors to rule until 1820 when the Samurai took over the kingdom without any real war and no bloodshed. The king was then forced to go to Tokio and leave the ruling to the Japanese Emperor. 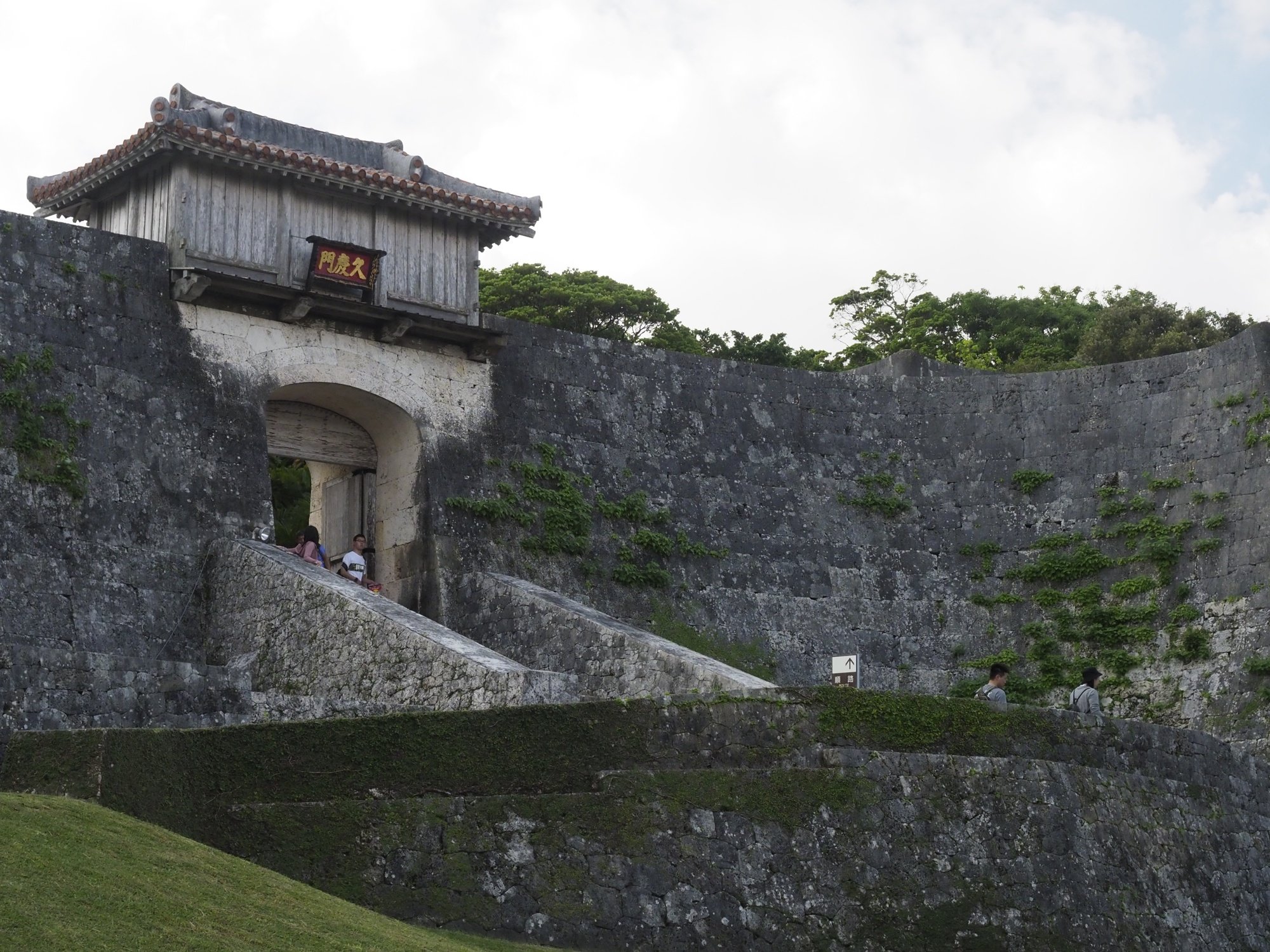 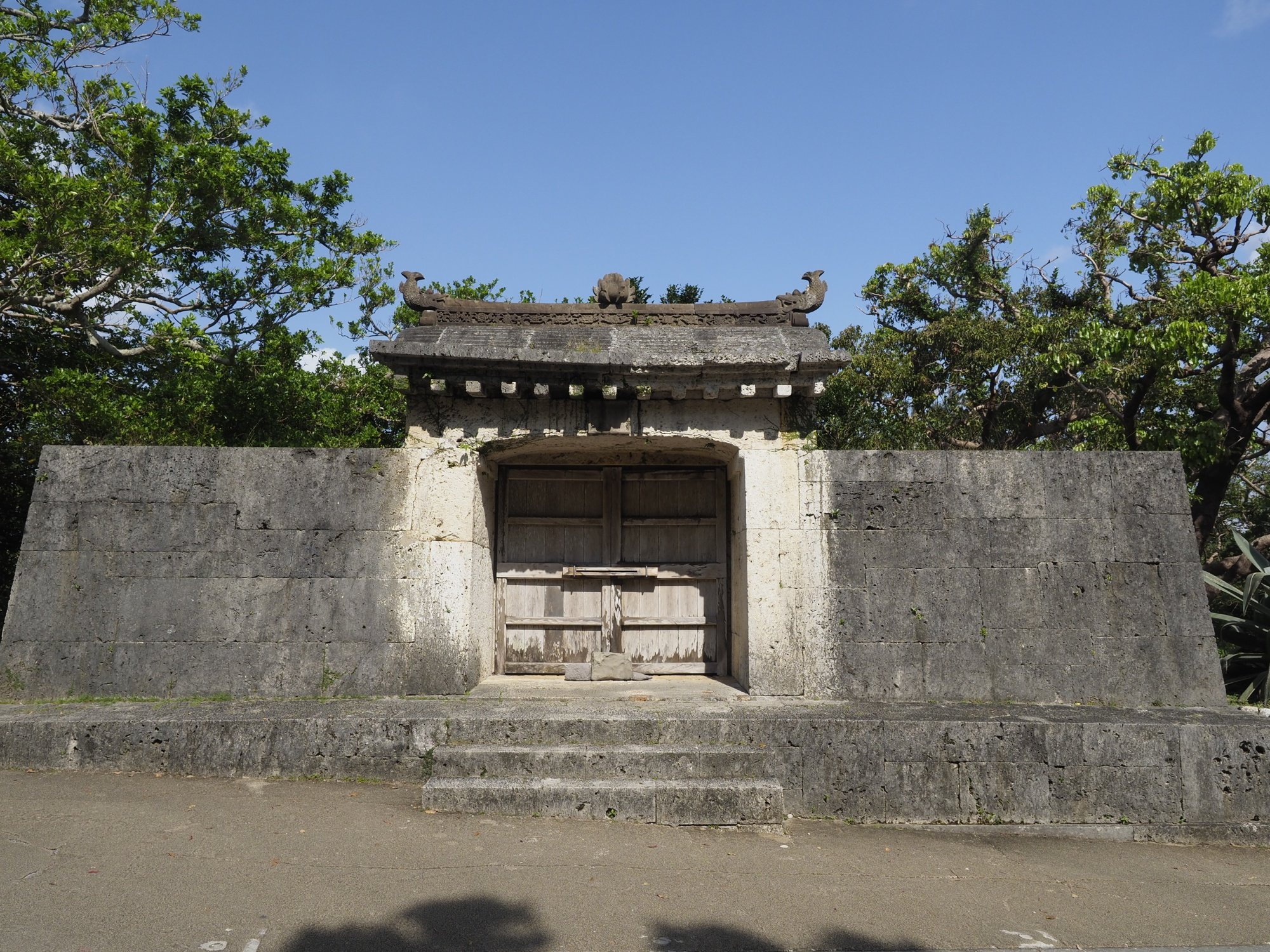 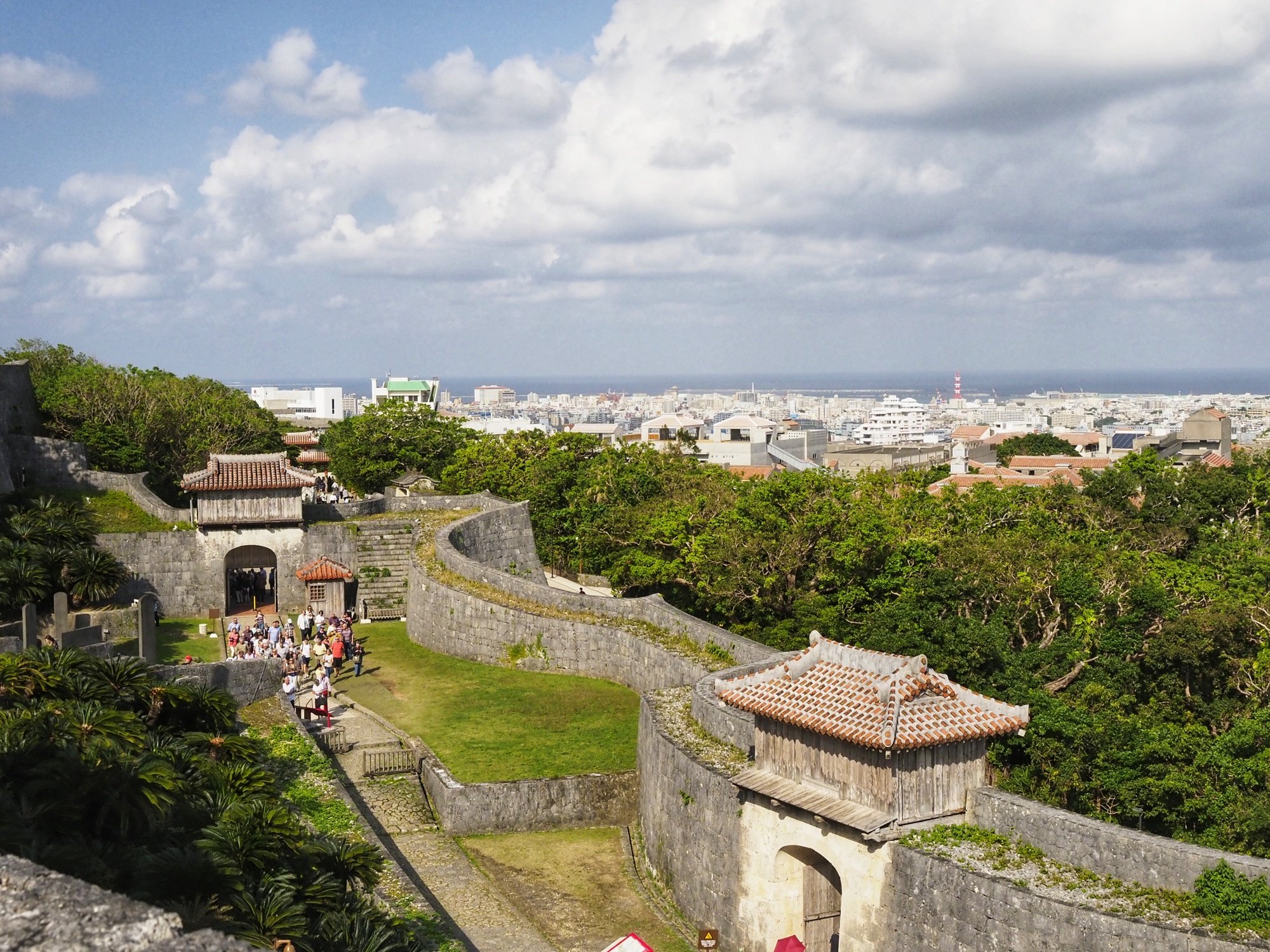 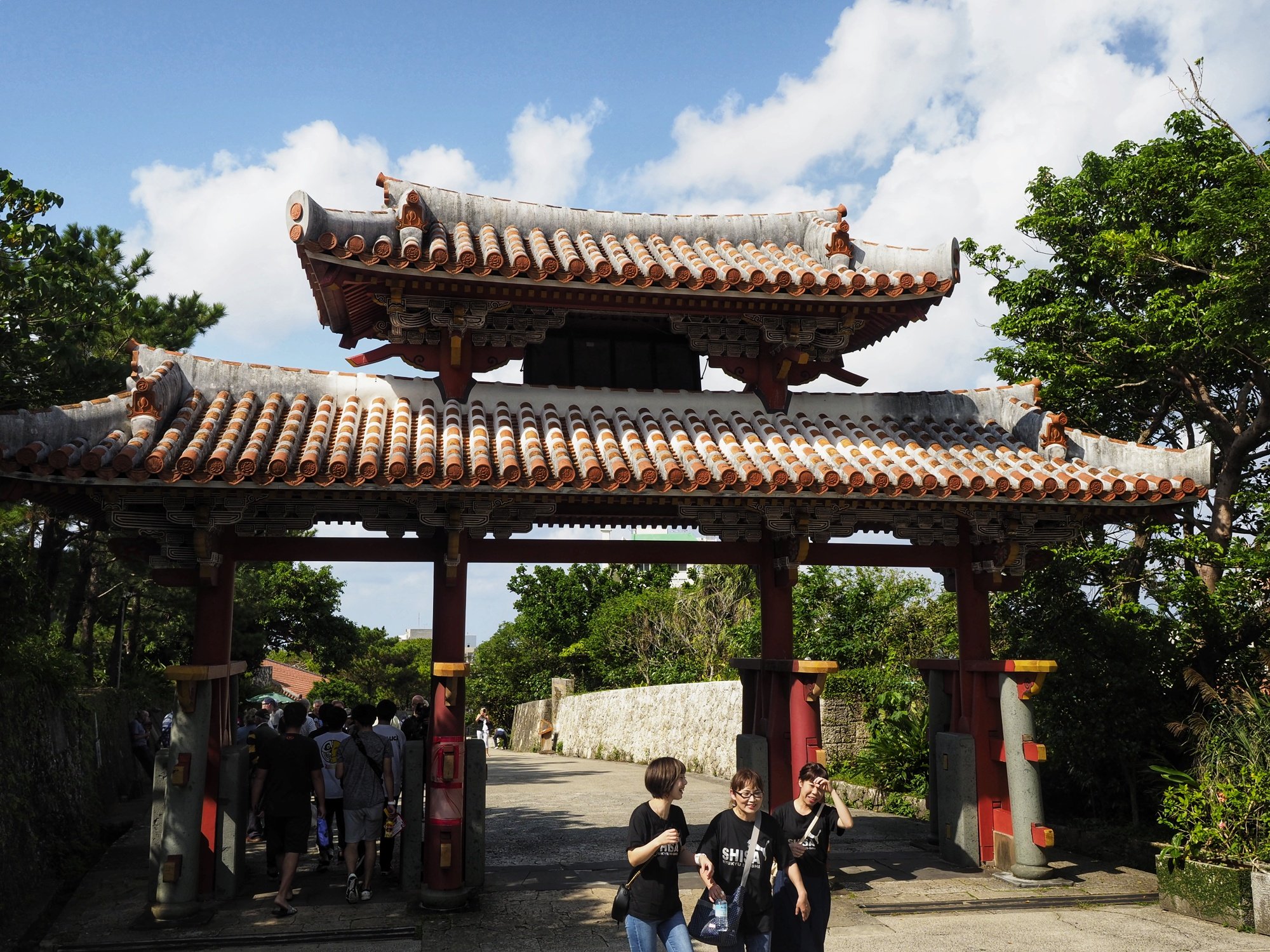 Unfortunately the location was too good and the Japanese army dug bunkers underneath the old fortress for a headquarters building. Which in turn meant that the US forces bombed the whole mountain until the fortress was no more and resistance from here stopped. Only after a lot time it was decided to rebuild the place based on sketches made for an earlier restoration project. The new building was build a little bit higher than the ground level shown by the old ruins to protect those.

So now you can walk (take of your shoes please!) through an impressive building. Part museum, part exhibition. They sell a selection of traditional biscuits and jasmine tea for tourists as well. Part of the exhibition is the throne room which was only used for special occasions. Day to day business was conducted in another room. 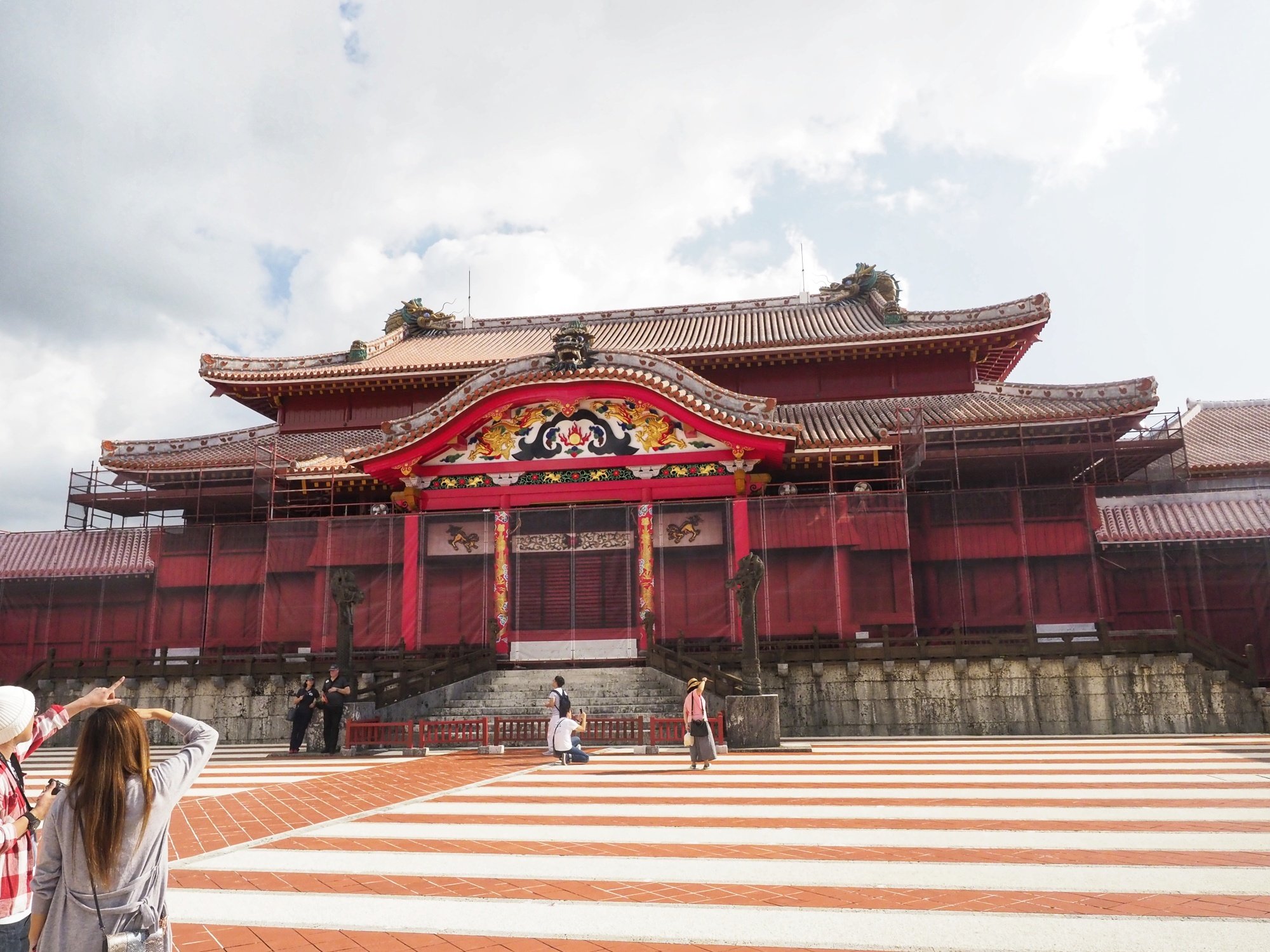 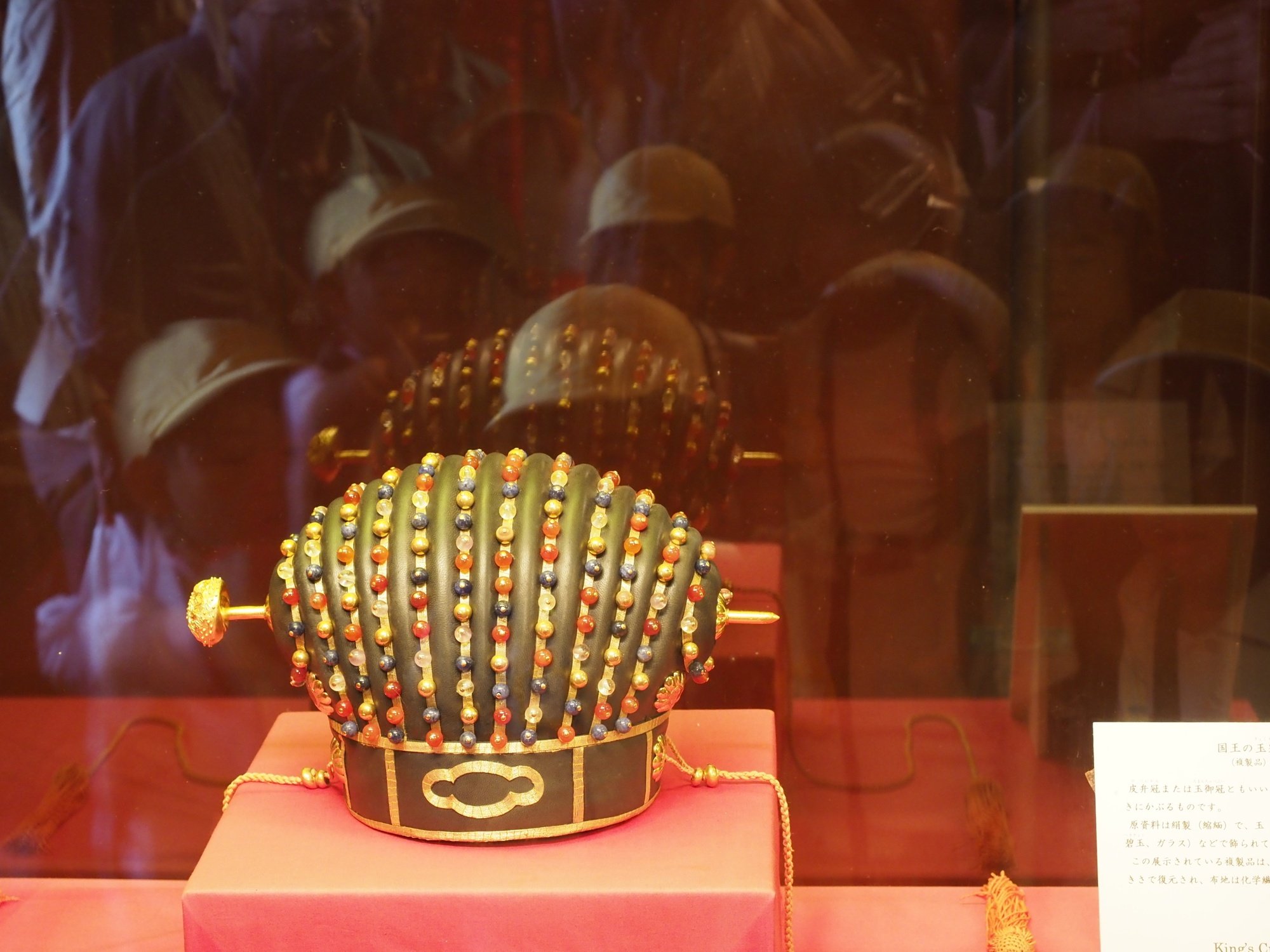 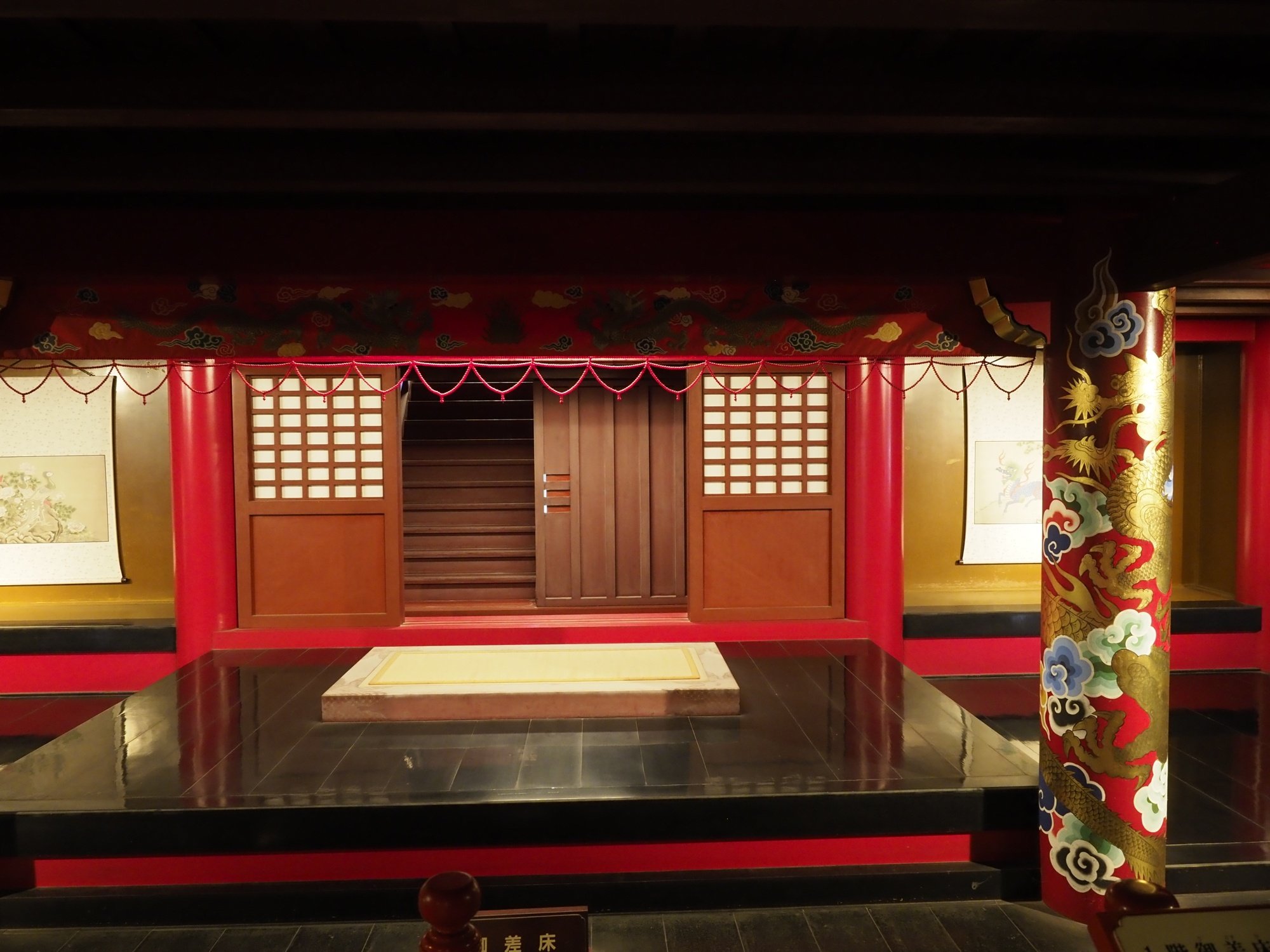 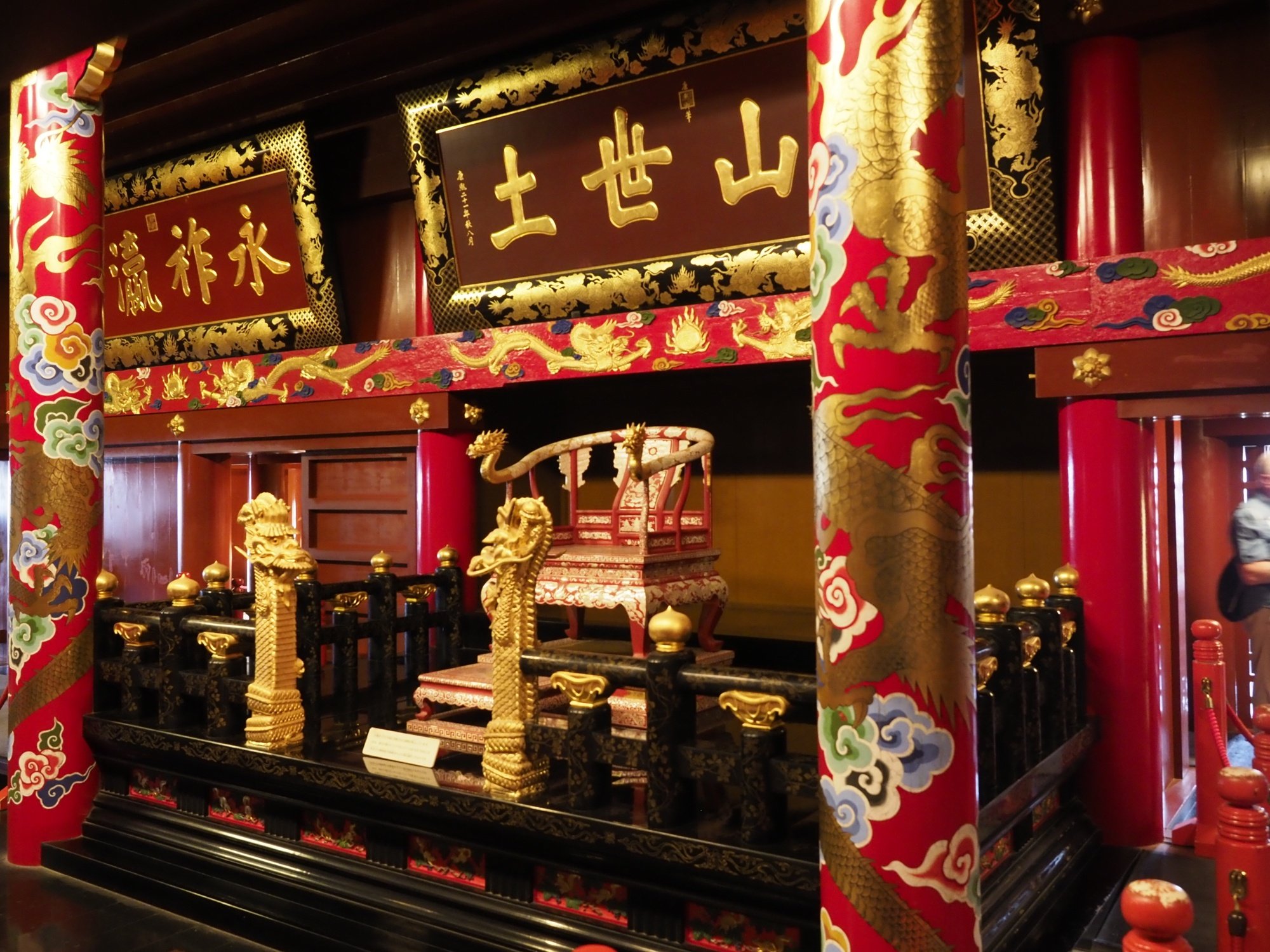 Outside the visitors where shown four different dances from Rhyushu. The opening dance shows movements from a variety of different dances. It is performed by two dancers and has a focus on precise movements and synchronity. Another dance symbolizes the purity of a young girl by the use of a spindle as it was tradition that every woman creates a kimono by herself. And the spindle starts to the process. 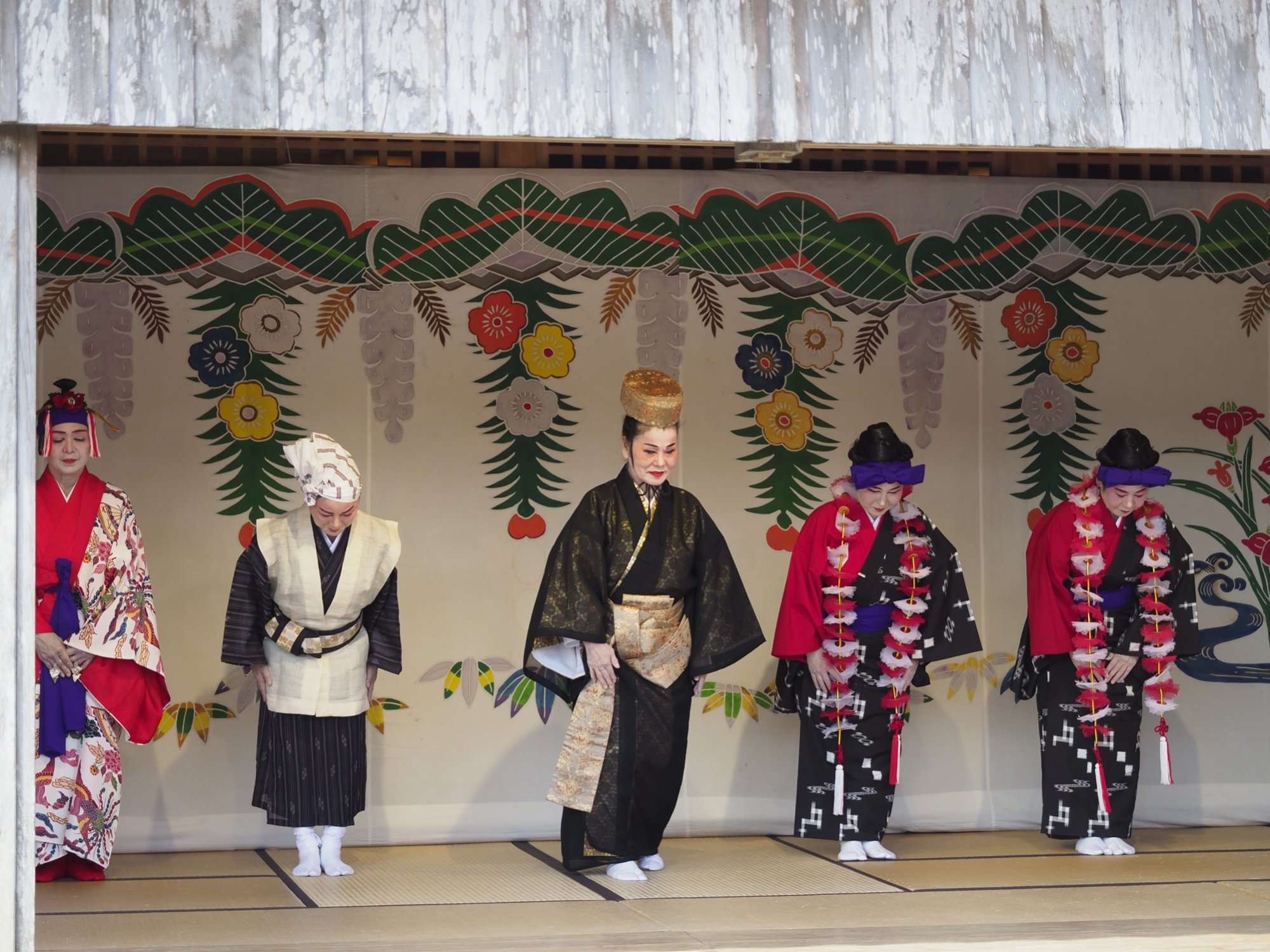 Yet another dance comes from an island that is shaped like bird and shows strong connotations to a bird call. (Or at least that is what I can remember about it. ) The dance has been evolved over time and is somewhat faster and danced alone. Very distinctive is the chirp which is repeated a lot throughout the song.

The park up top provides a great view over the city up to the harbour where today a ship from MSC Cruises sent their guests onto the island. Unfortunate for us up to Shurijo as well. 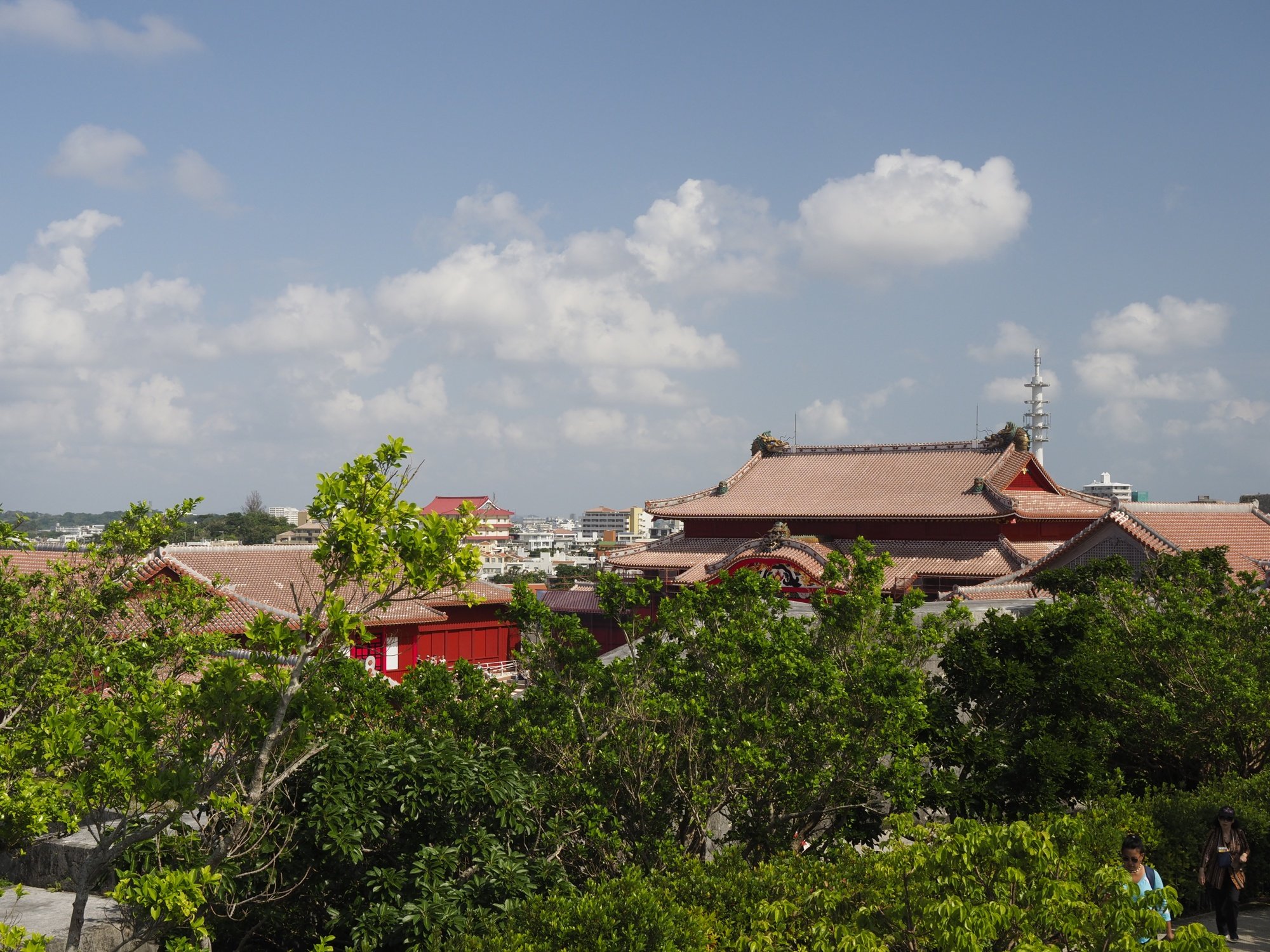 After that the program was more or less done and we made our way to a department store in Omoromachi to get something to eat. I have no idea what it was called but it was a soup with some noodles, gyosa and a hot broth. Hot as in freshly cooked but hot in terms of use of spicy oil as well. Well for some it might be considered hot.. It was spicy yes. But fiery? Not so much. 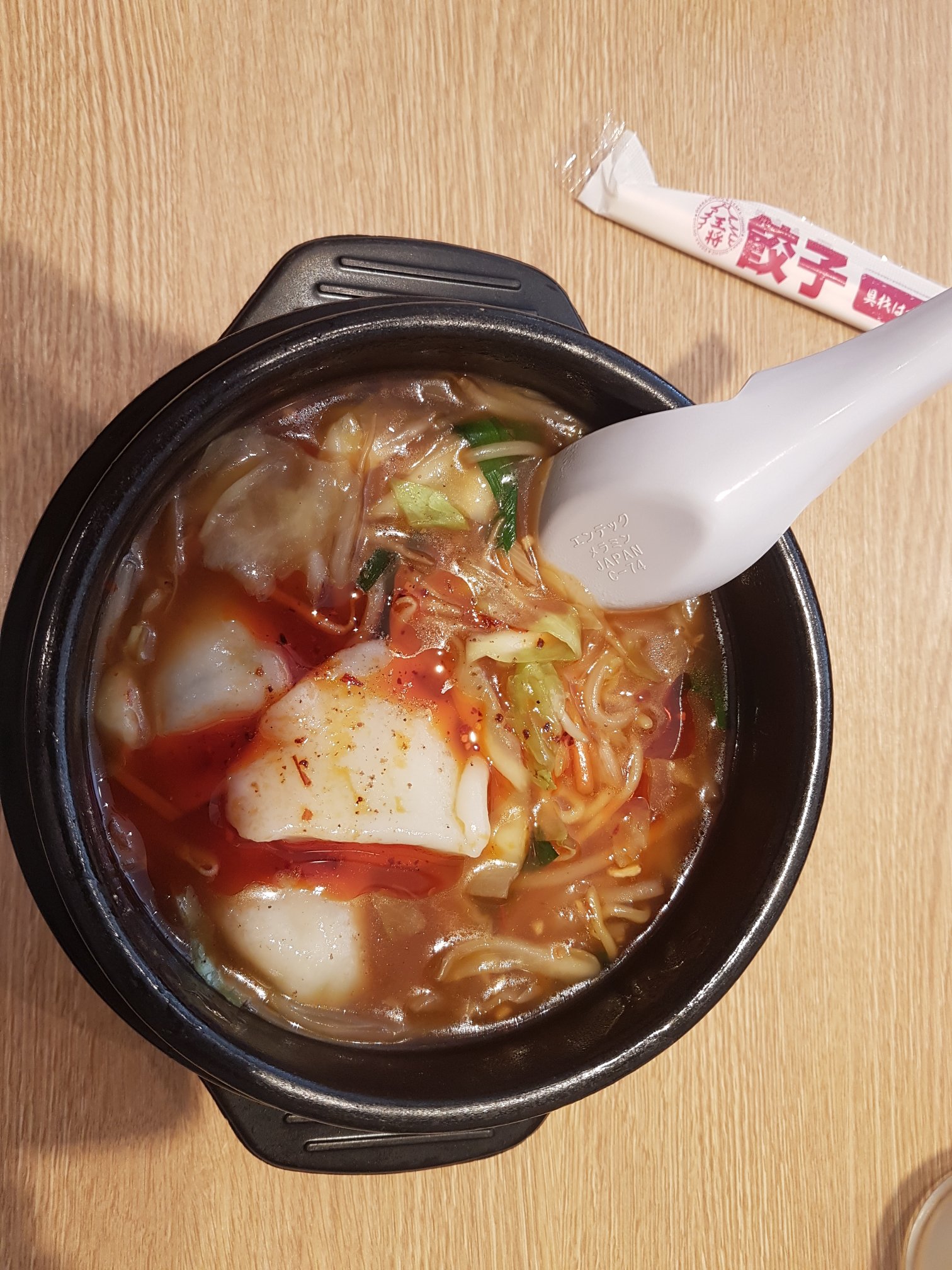 After exploring the department store some more (including the area with games and slot machines) I invested some money in sun screen and ice cream. 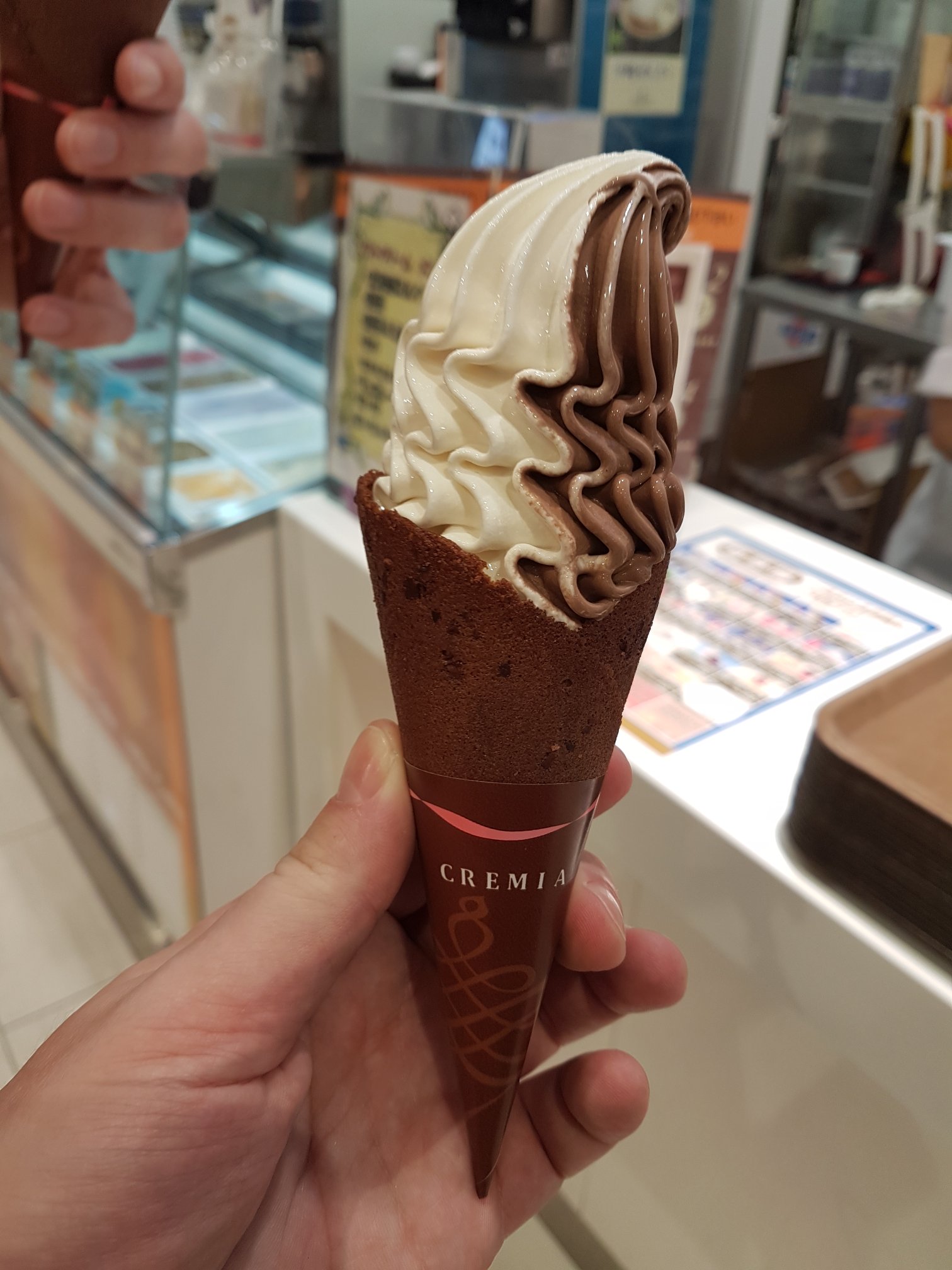 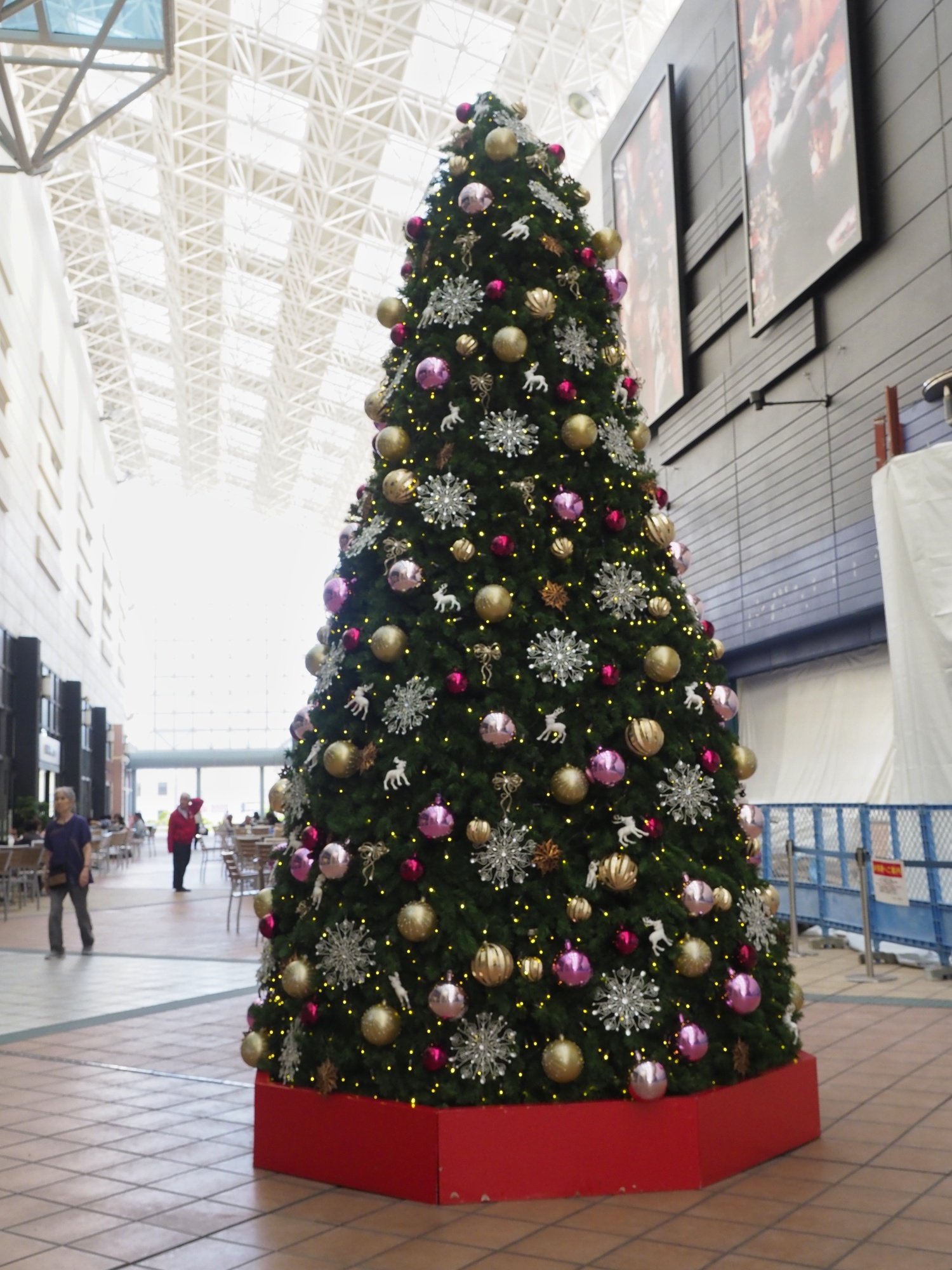 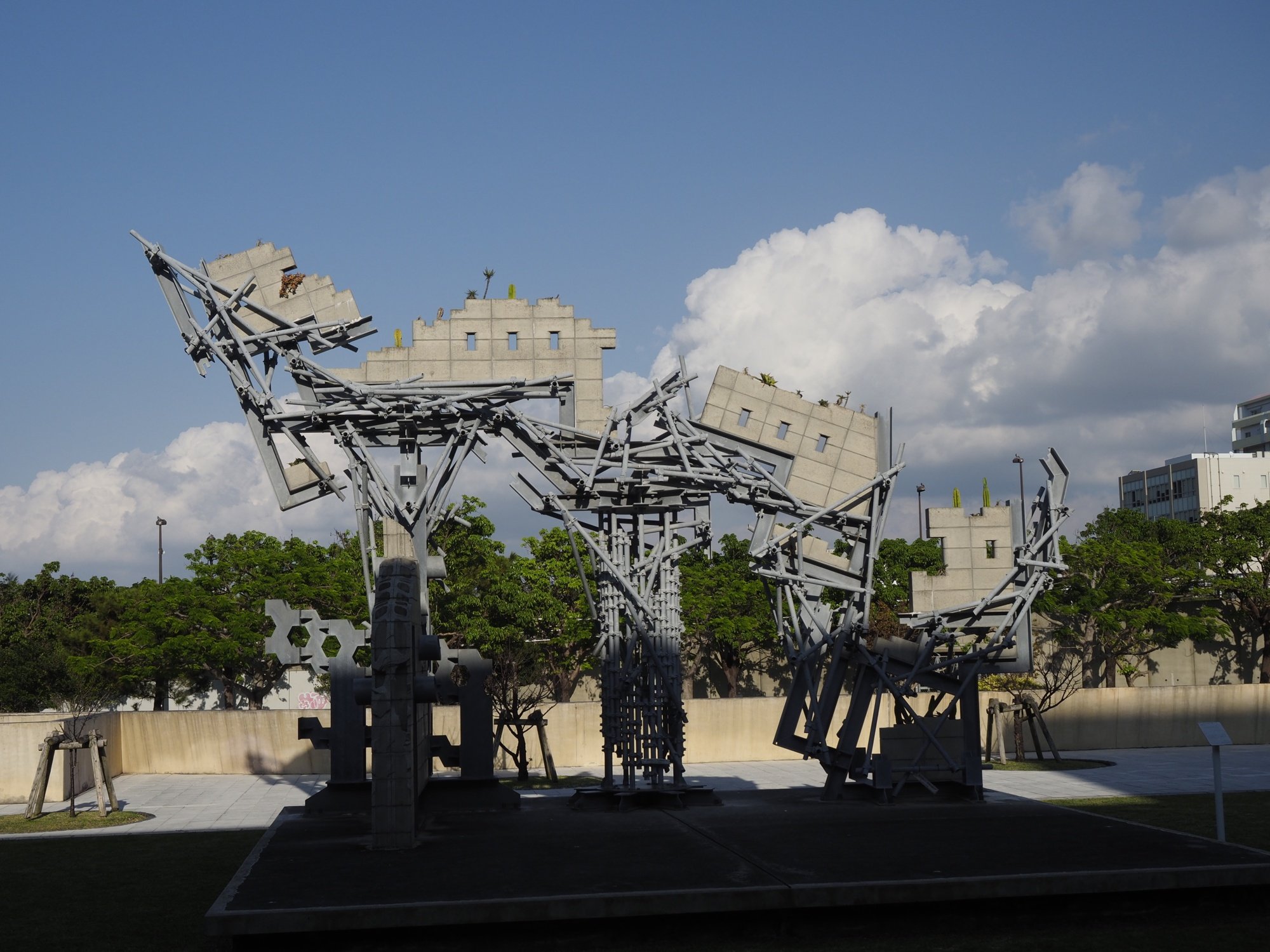 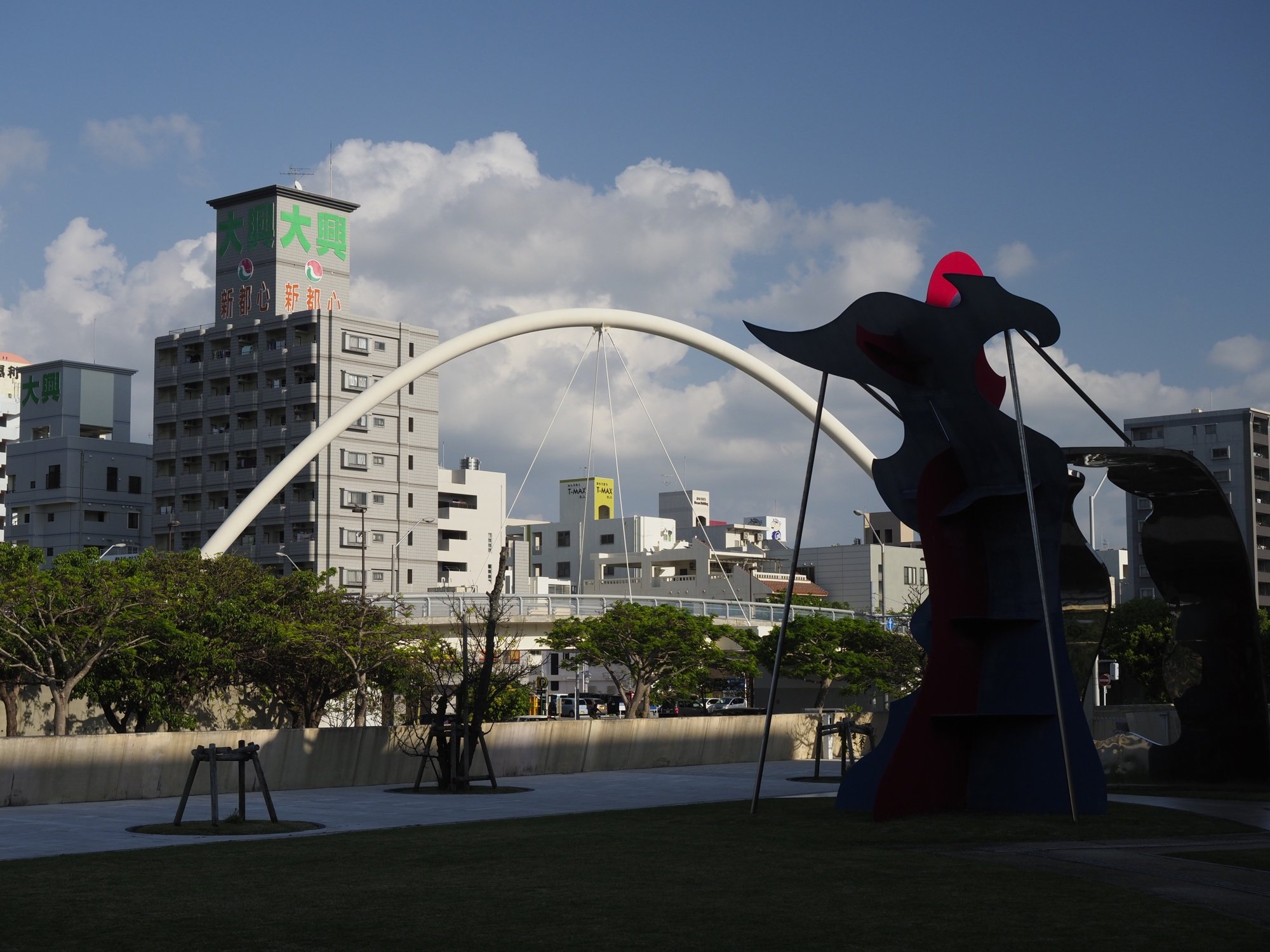 The museum next door is supposed to be very good but the weather was way too nice to go indoors. So our way lead to the park and past the fire station. 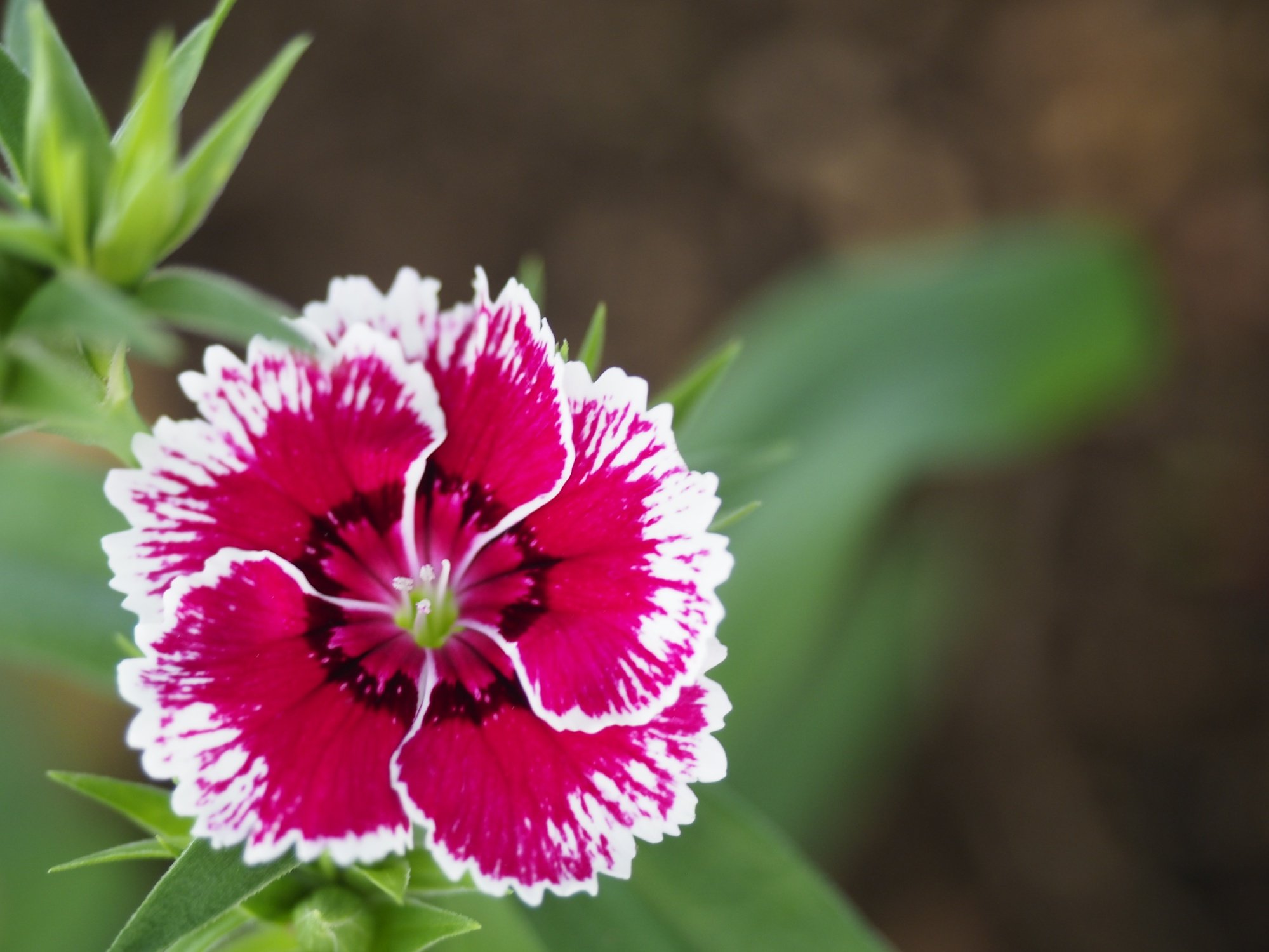 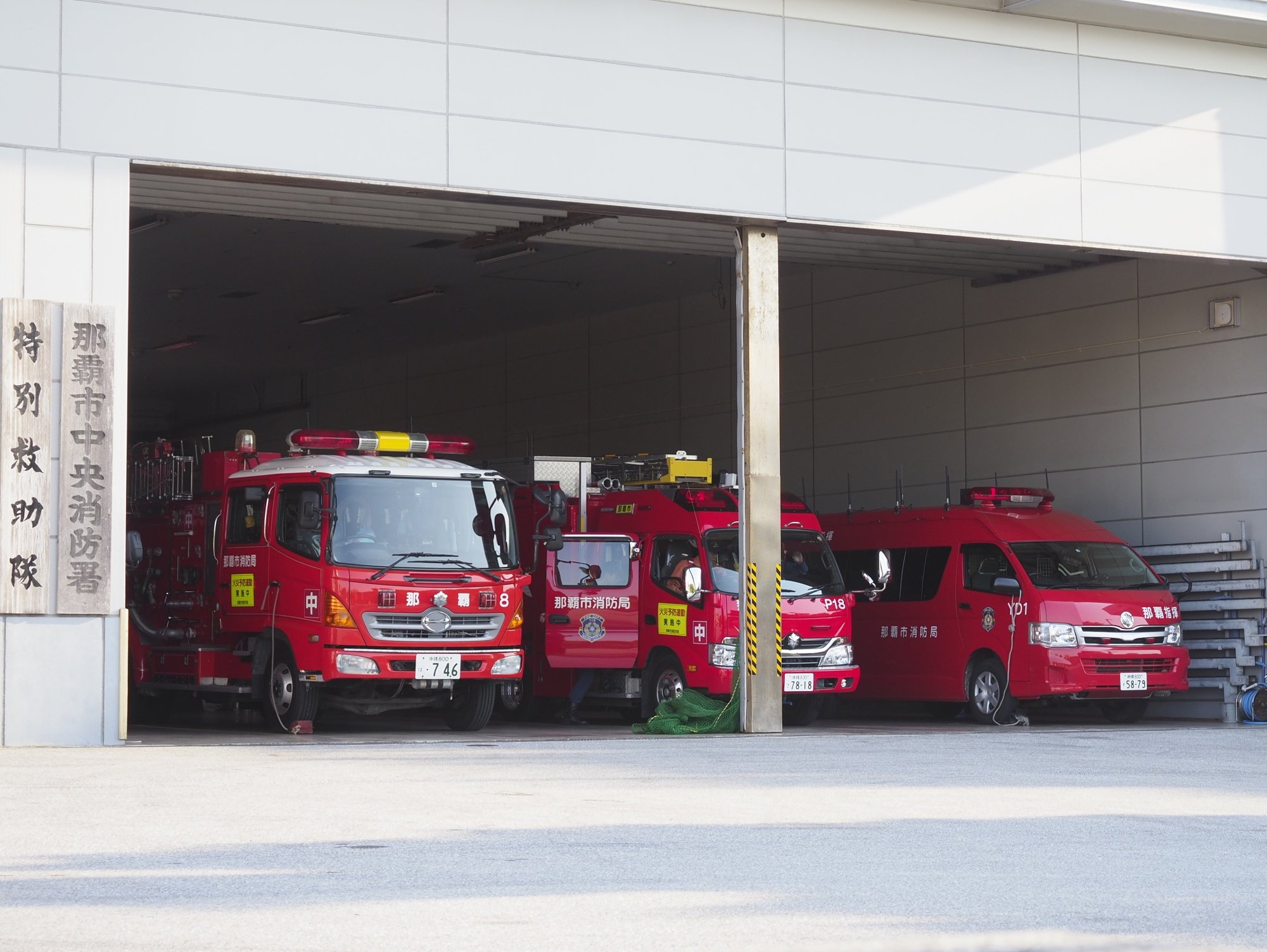 On the way back to the hotel we tried to find a shinto shrine which showed up on the map. We did find it. But the experience was more like geocaching. The shrine itself was very simple as well. Then though Kokusai Douri (Souvenirs) back to the hotel. 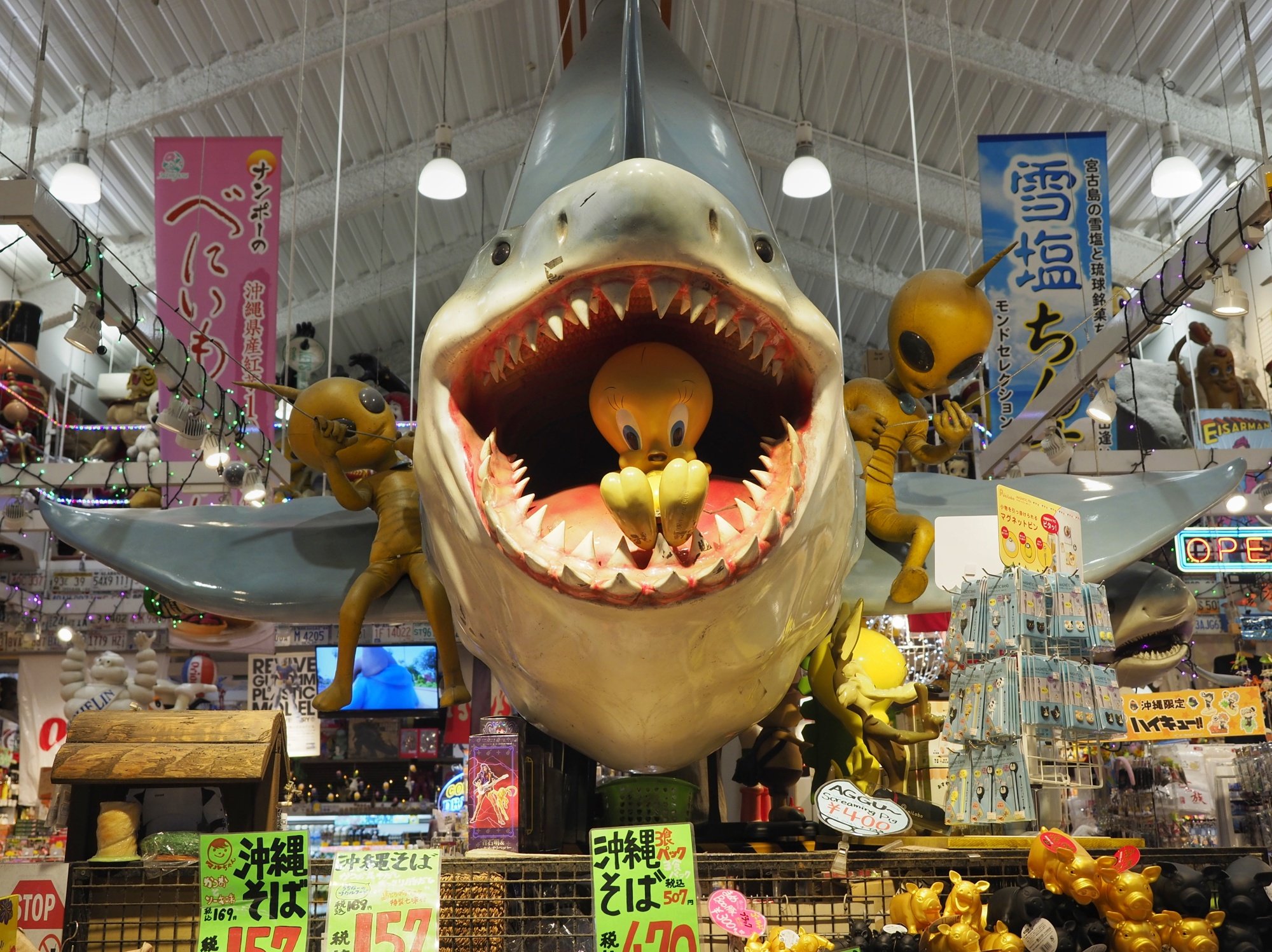 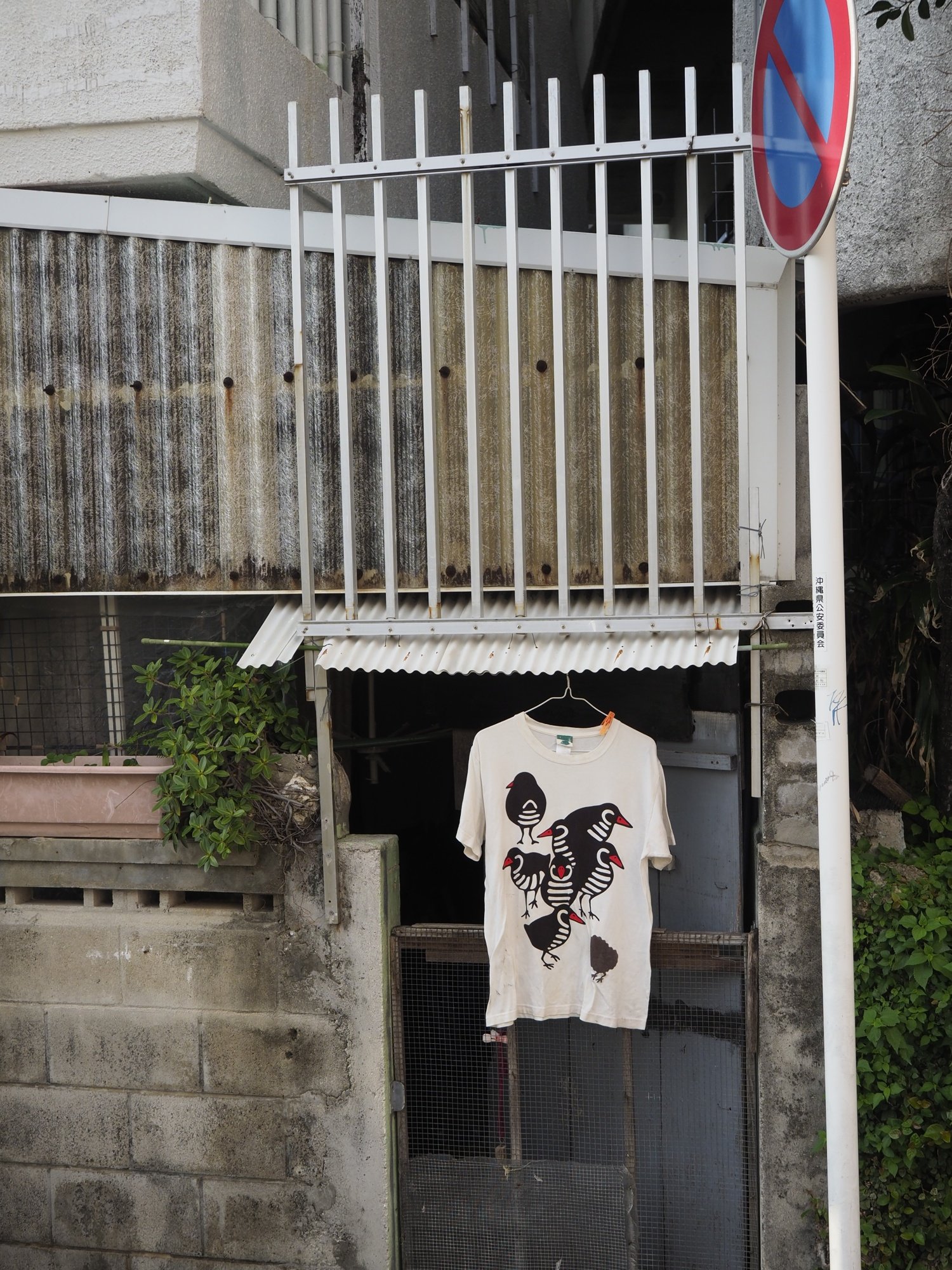 Dinner was local fare from Okinawa again and then we made a stop at a local bar (shoes off, but there is a whole in the floor underneath the table) where we got some snacks and beer. Back at the hotel it definitely was time for bed.