The morning brought rain. And not just a small drissle but cats and dogs. Then it stopped and started pouring again. 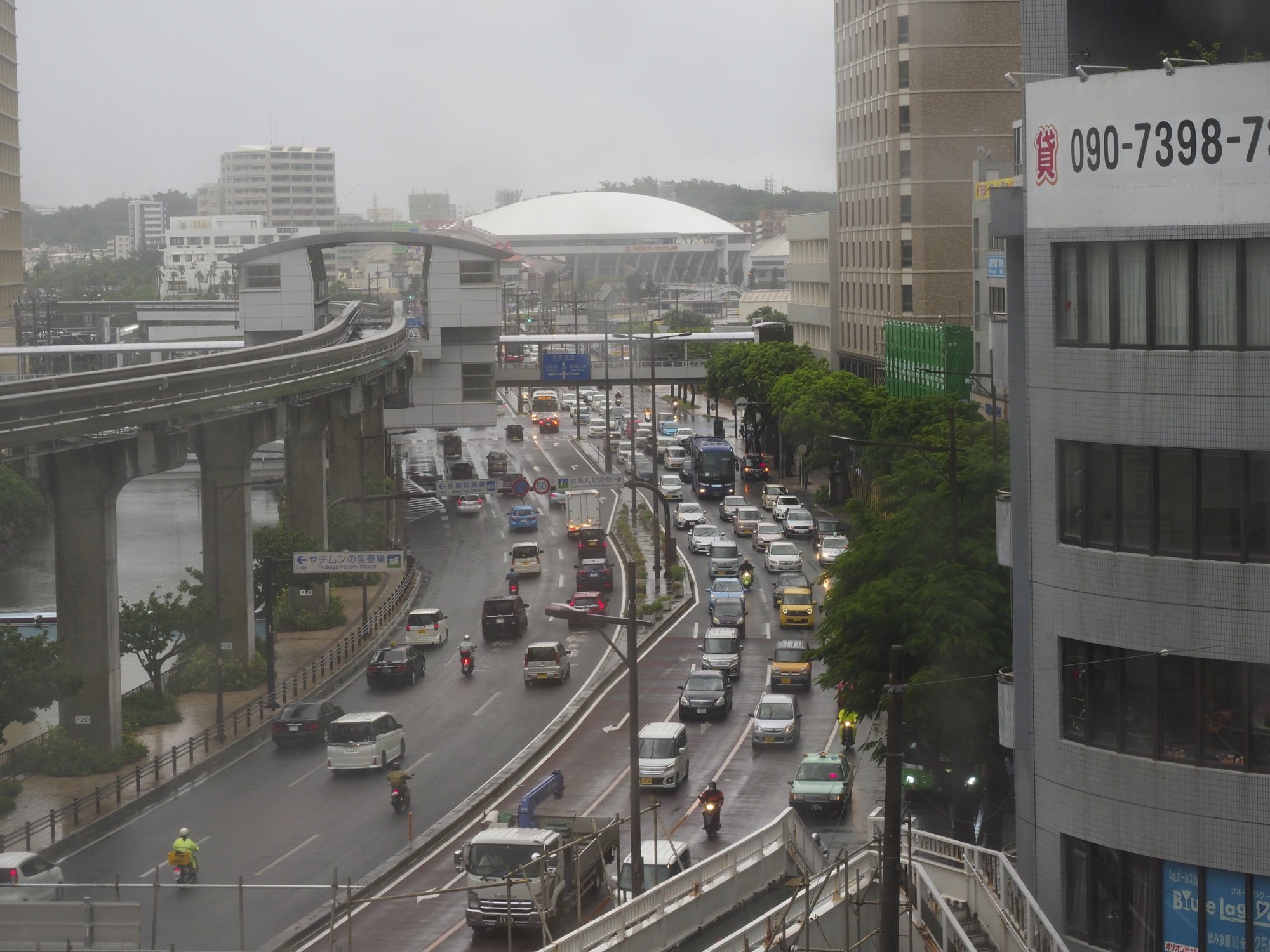 As we left the hotel at 9:30 it had stopped raining again. First stop was the prefecture building and city hall. City hall will be more important later in the day. If you enter the administrative building of the prefecture of Okinawa and go up to the 14th floor you get two things. An insight into one kind of office buildings with a central (stone) garden that brings light to the windows in the middle on one hand and a great view over Naha on the other hand. (And you can buy some coffee there if I remember correctly) 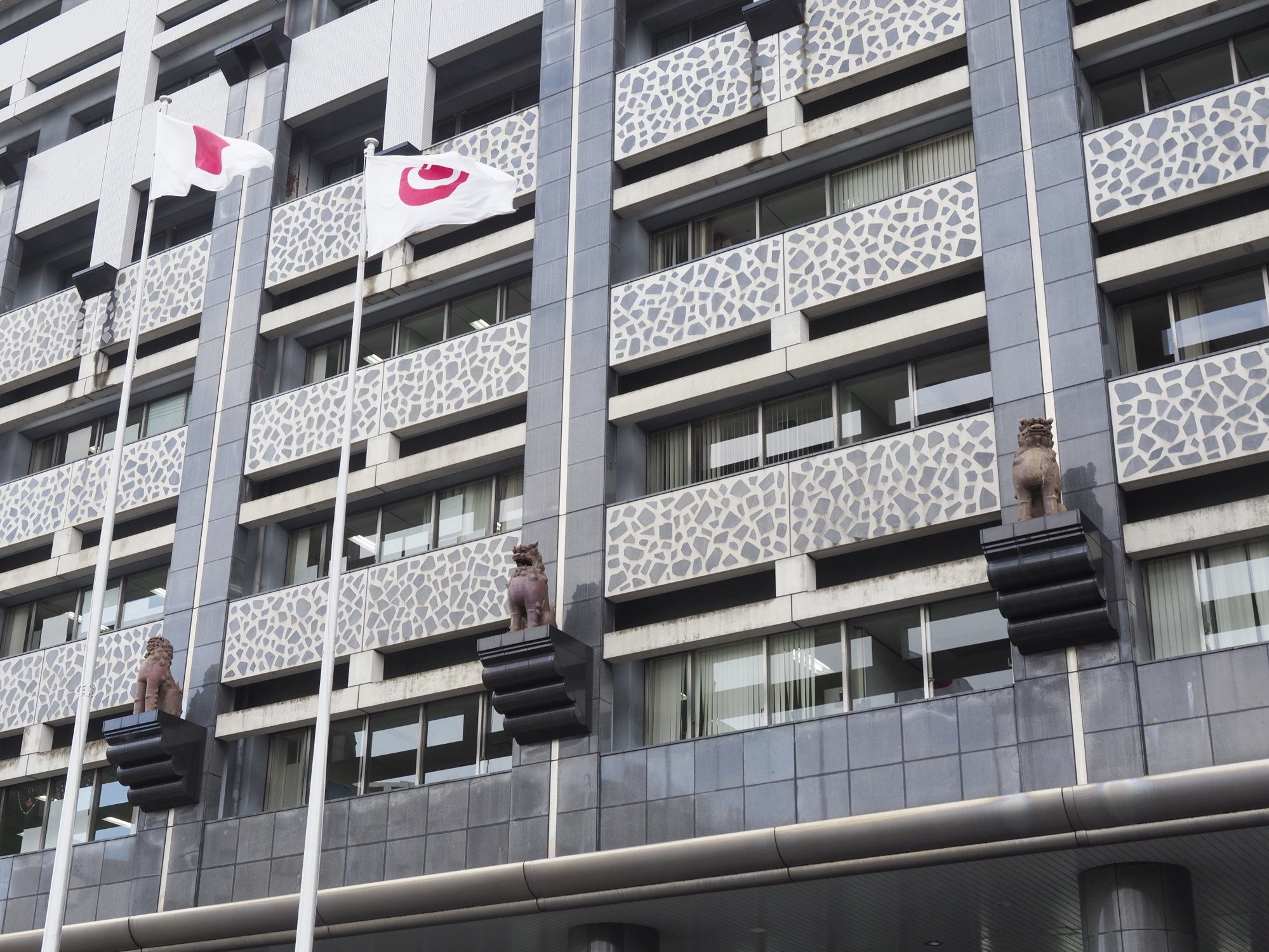 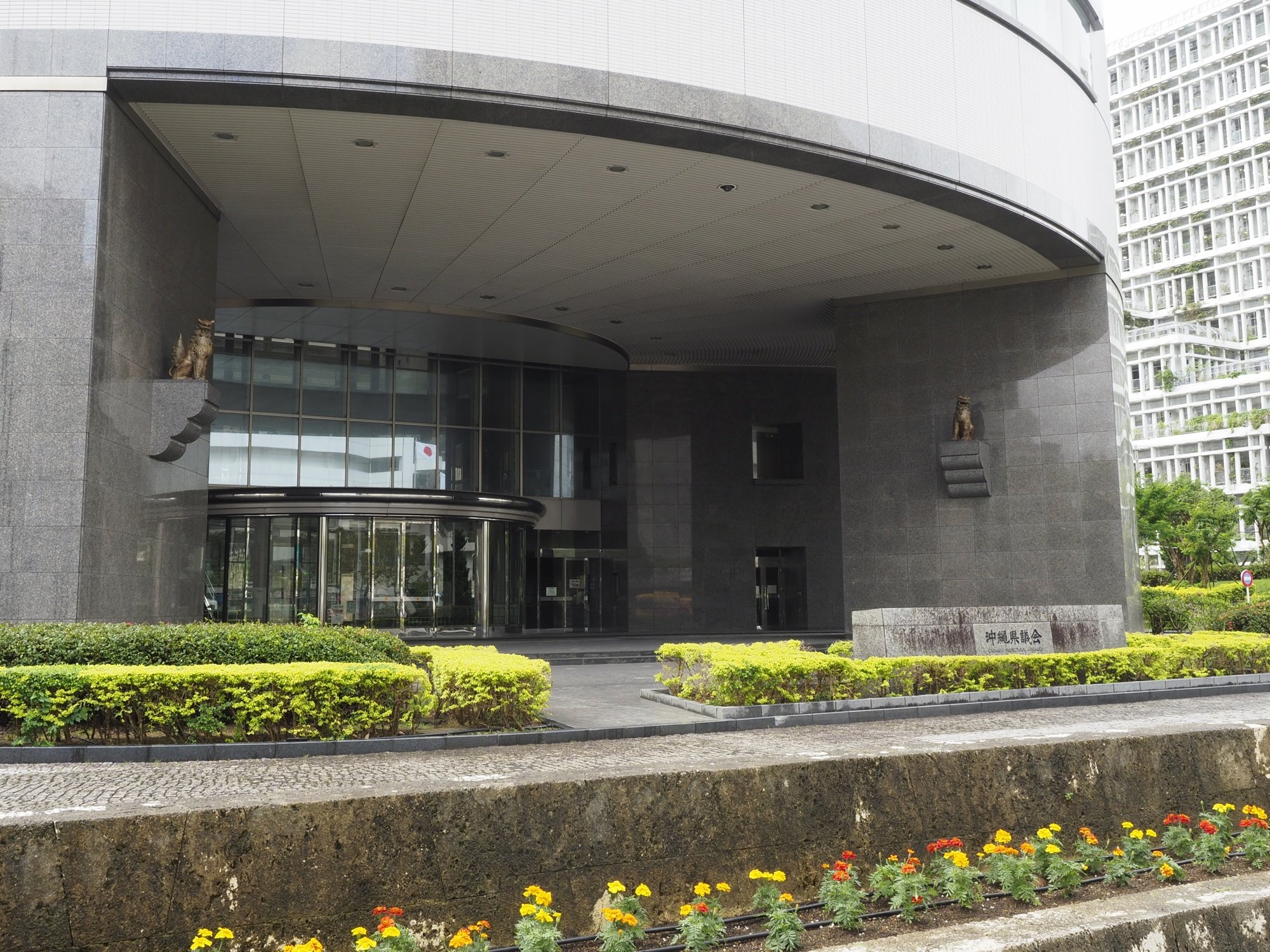 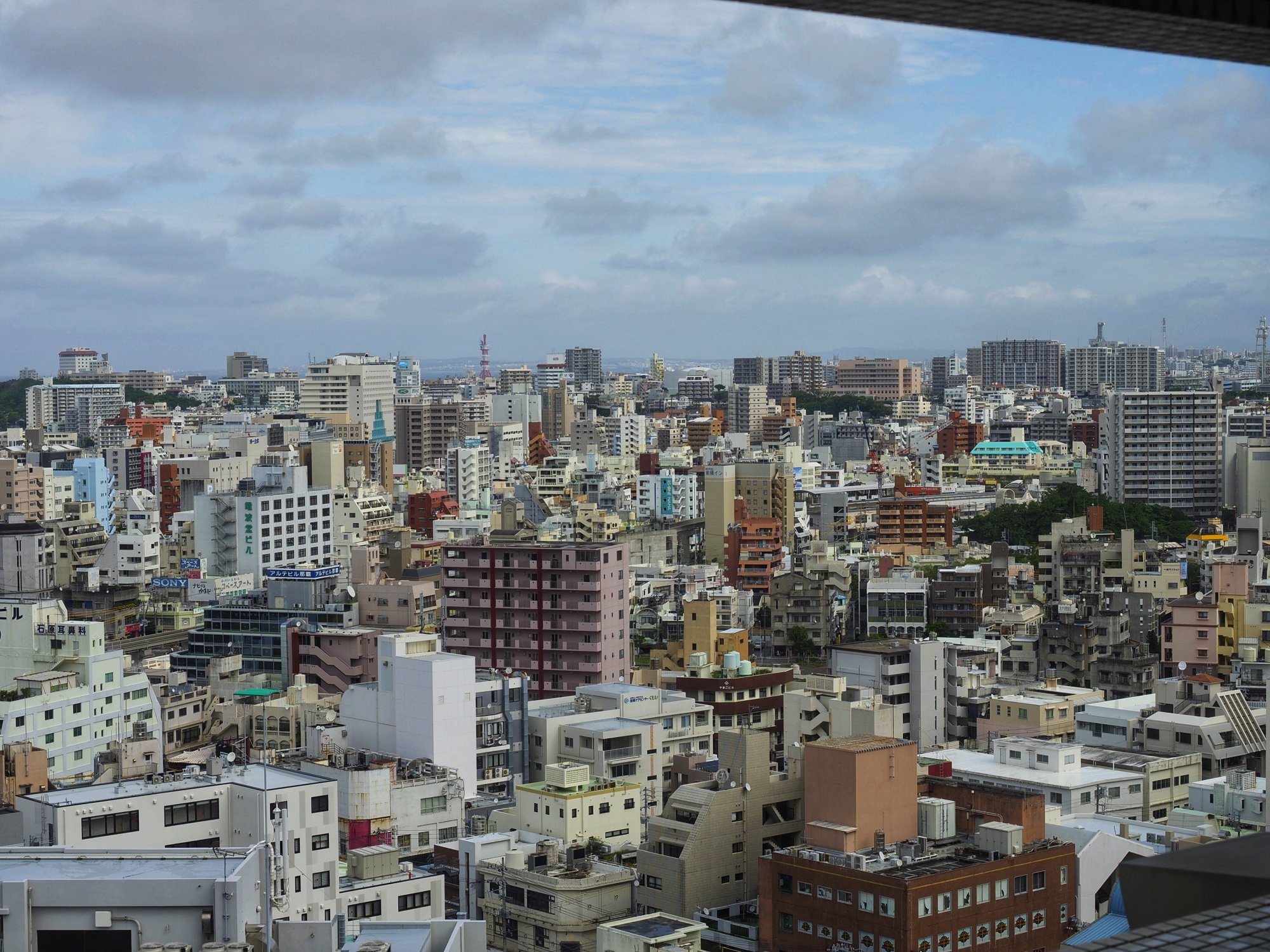 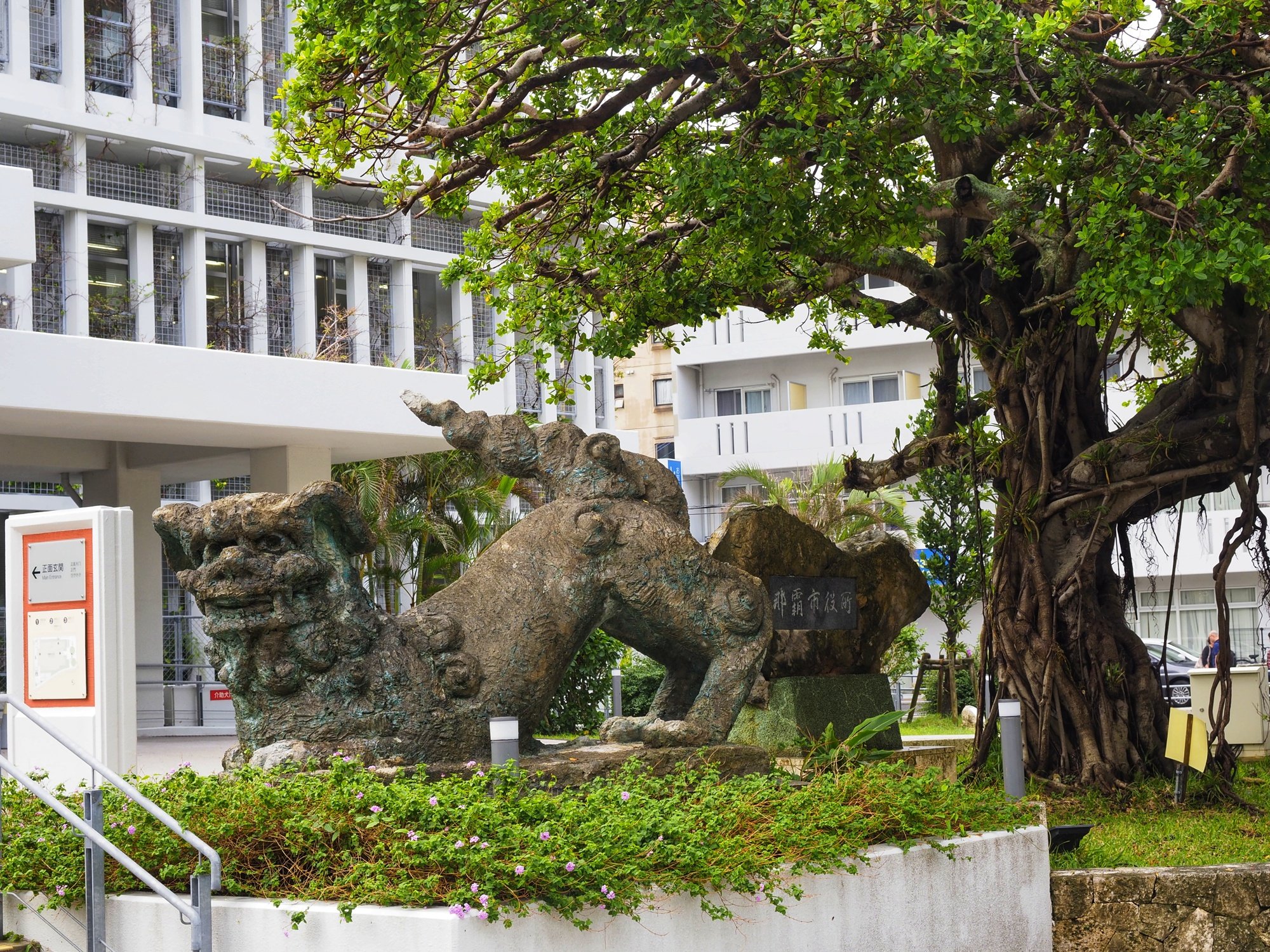 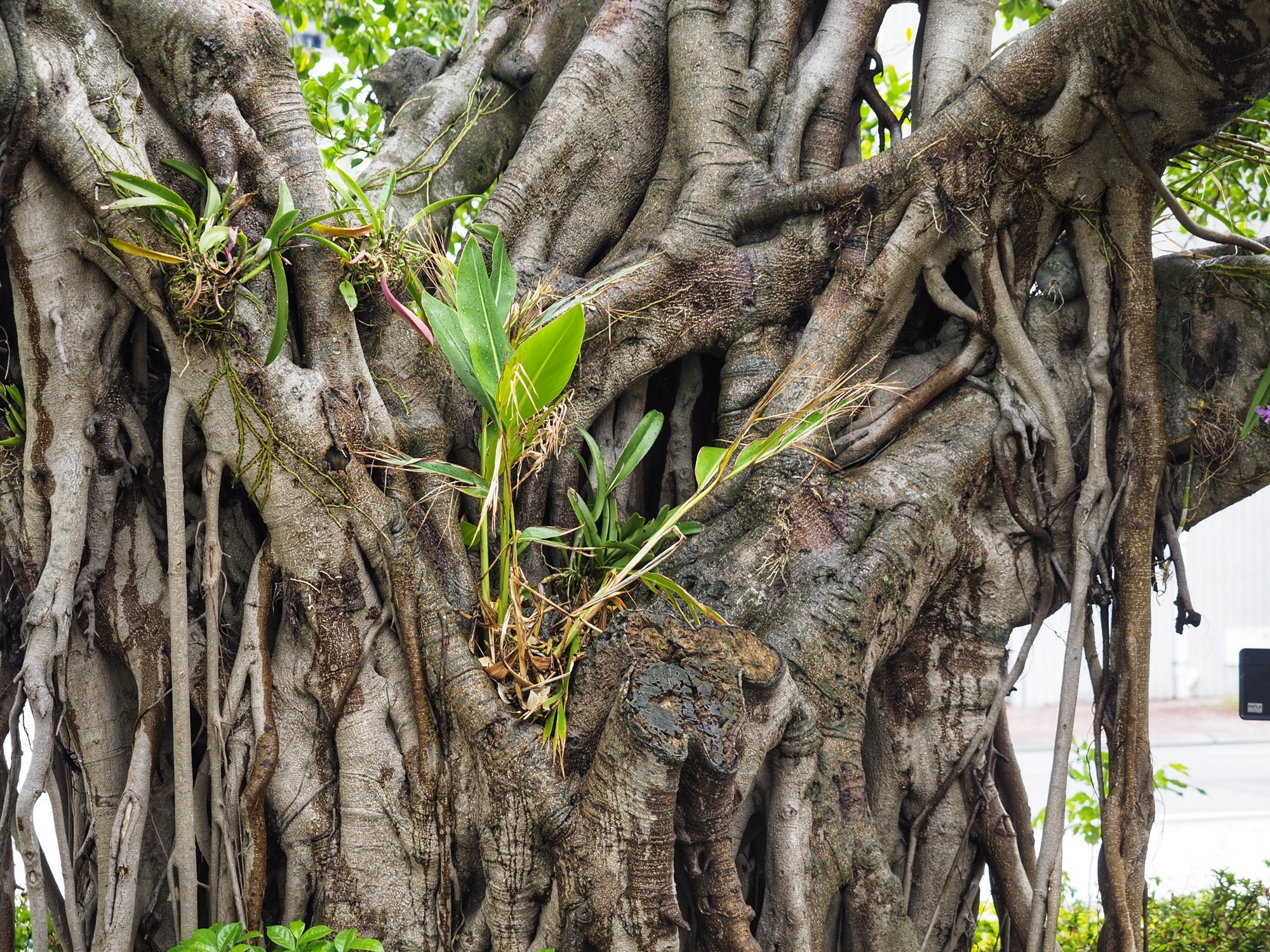 Of course this building was protected by a pair of Shisa. Well more than the usual pair (one with an open mouth the other one with a closed one) in this case. These lions are supposed to protect the building from bad spirits whereas the one on the right always has the mouth open and the one on the left has a clothed mouth. Which one is male and female depends on the one who is telling the story. But usually the woman is the chatty one. 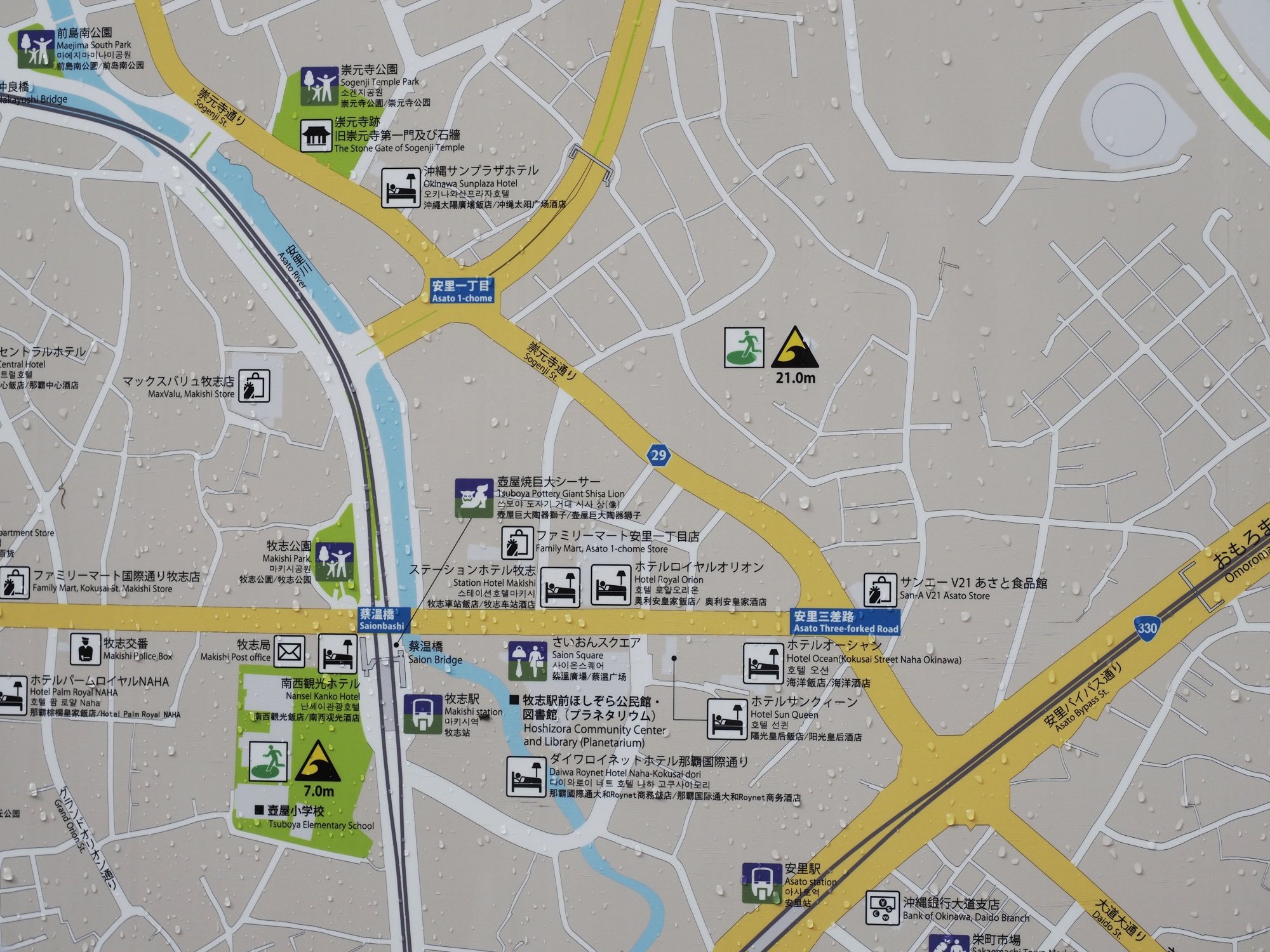 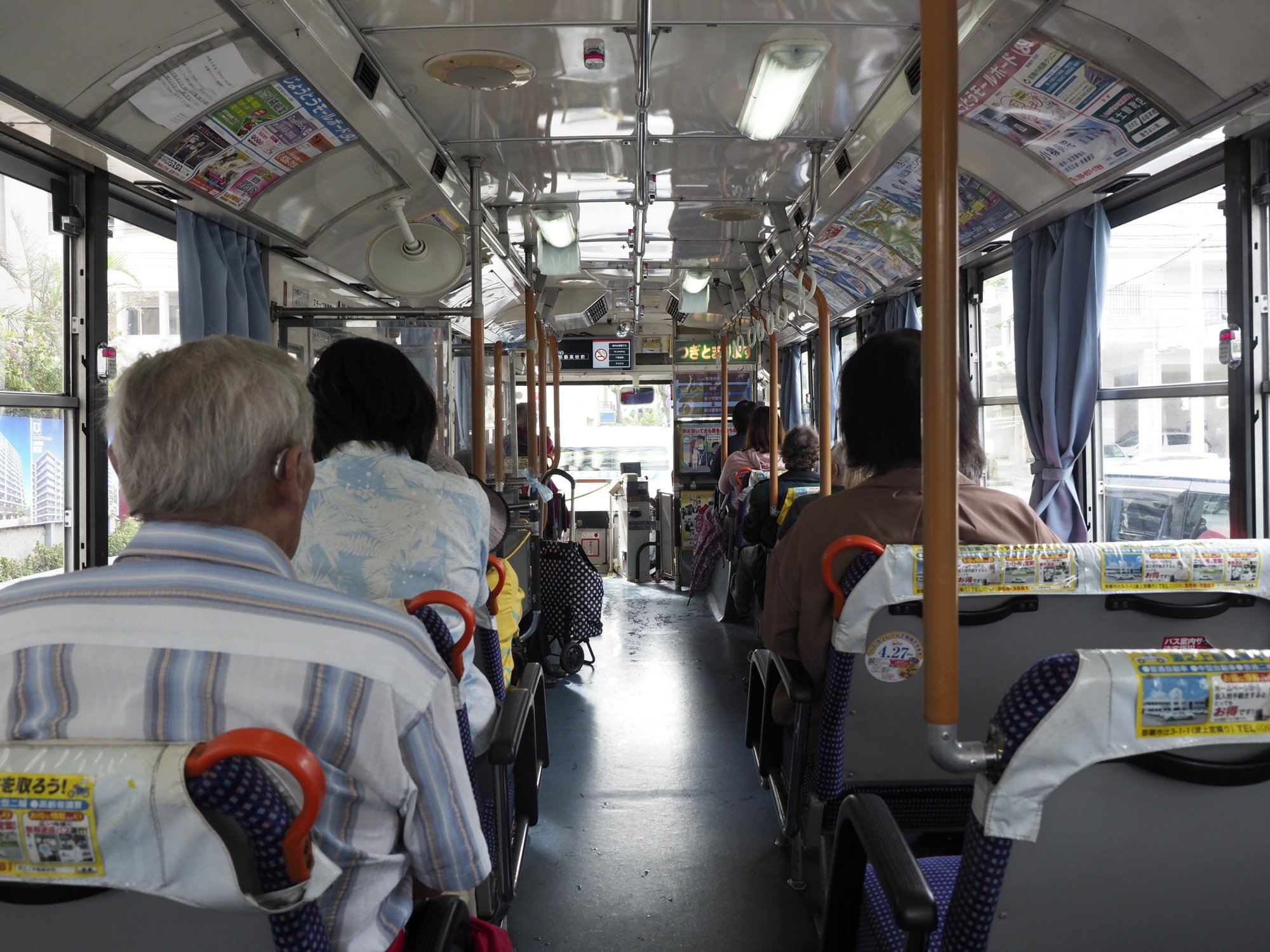 After we where done we took the 2 bus to visit Shikina-en. Shortly before our stop we visited a graveyard with dozens of mausoleums. These very basic buildings for the dead are as expensive as a usual house. 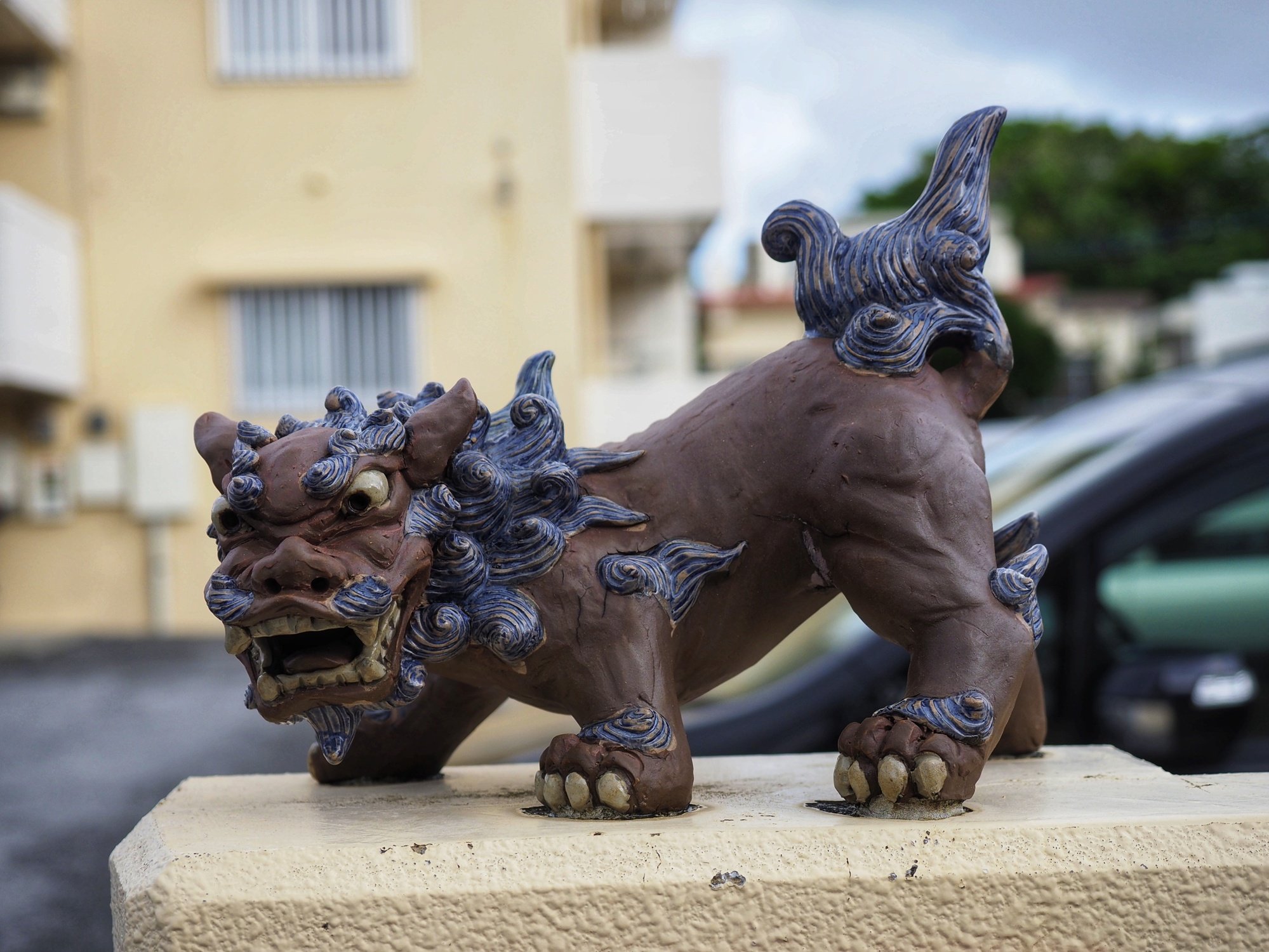 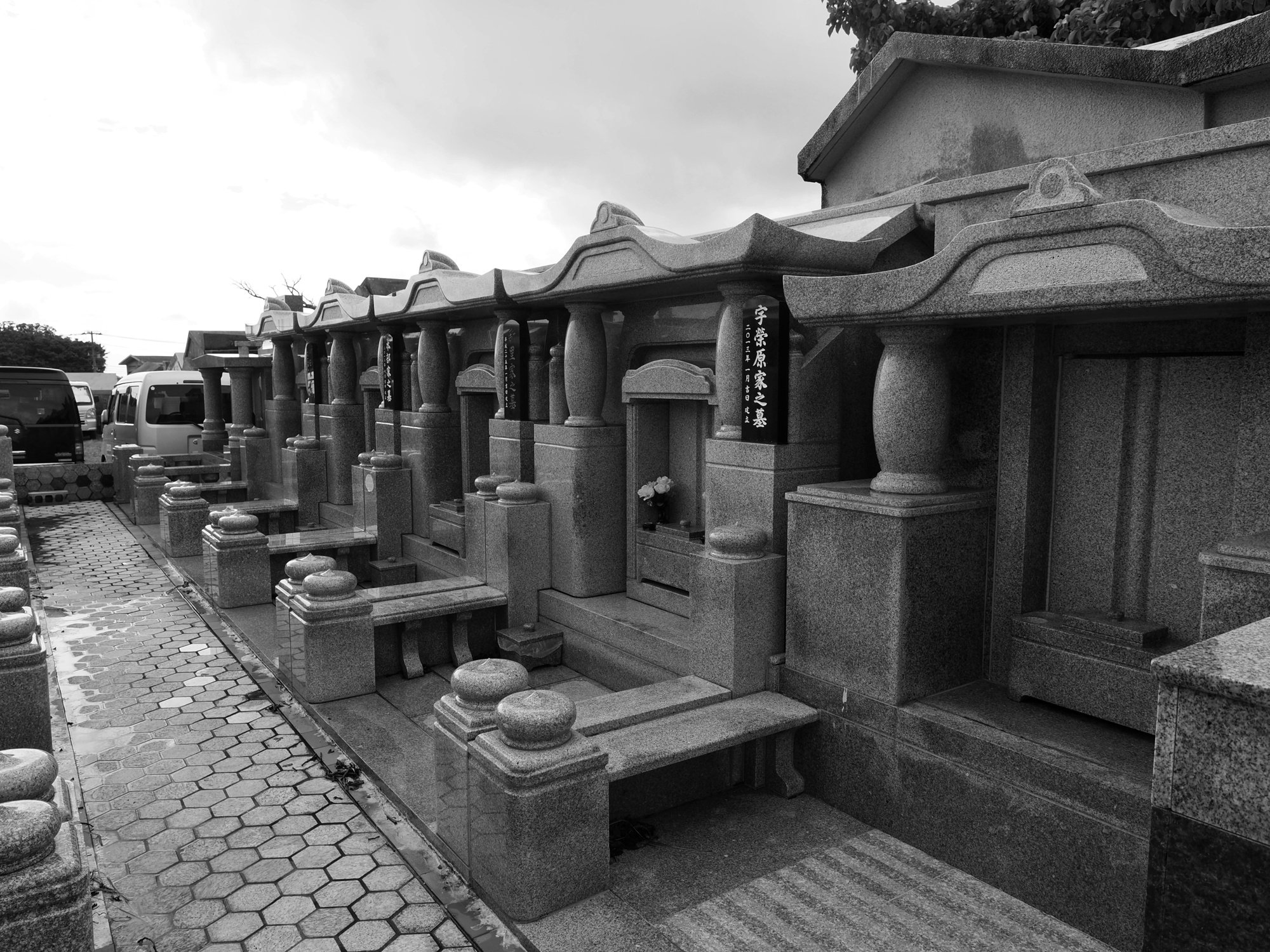 The Shikina-en Royal guardens with the palace where build for the coronation of a lokal king which was visited by a Chinese delegation. The garden itself was built around the seasons so that their would be something to enjoy whichever time of the year. 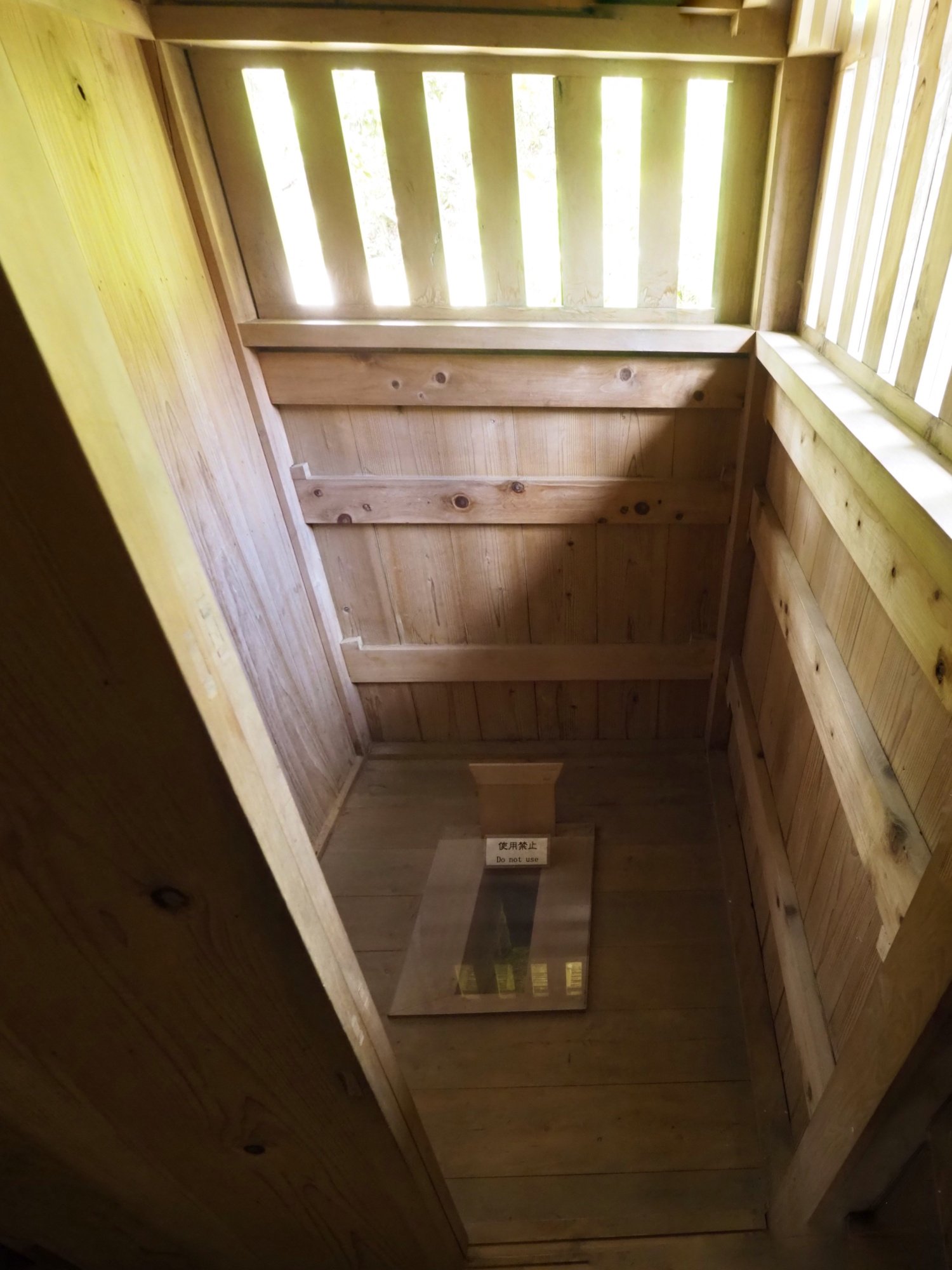 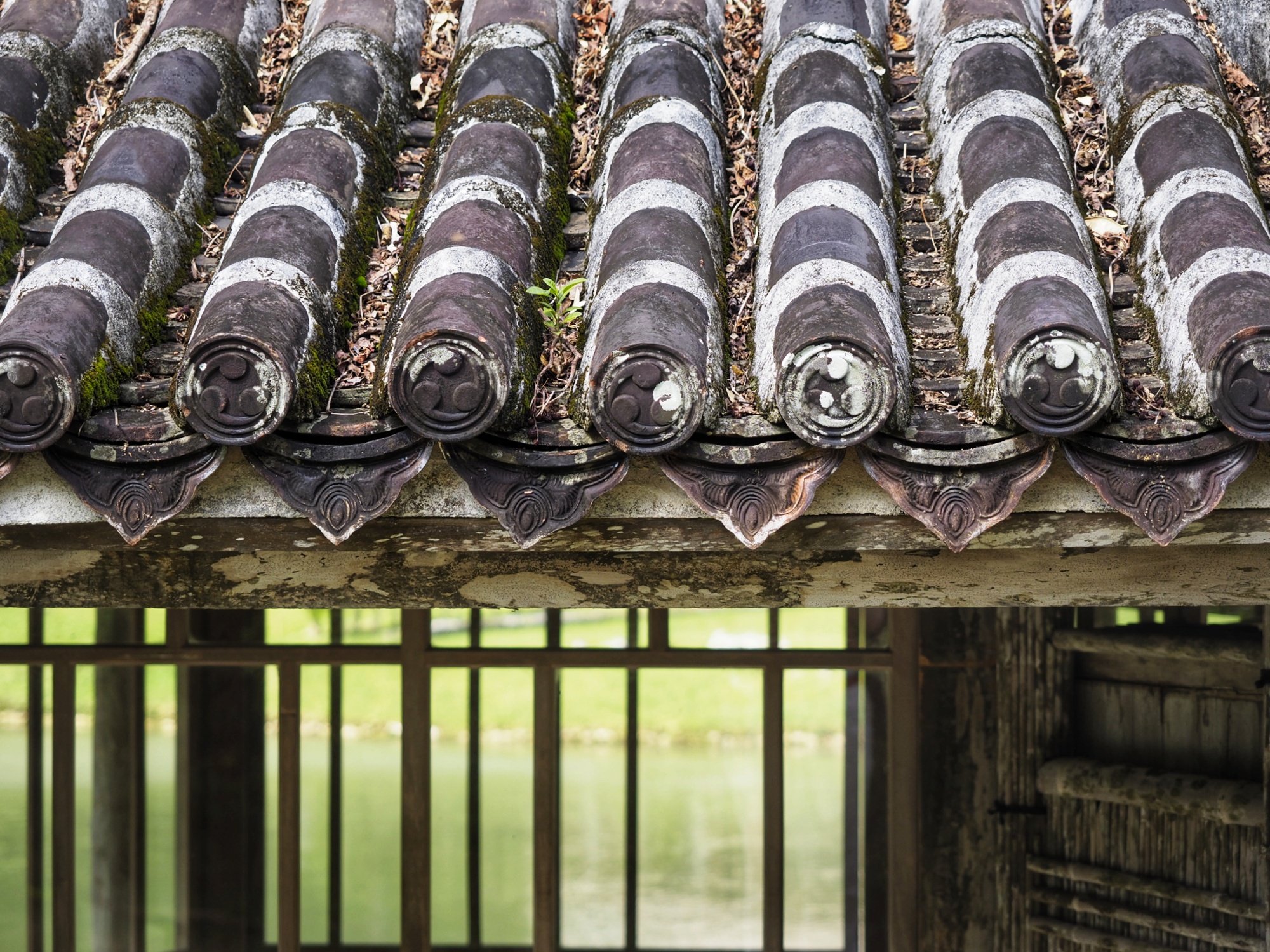 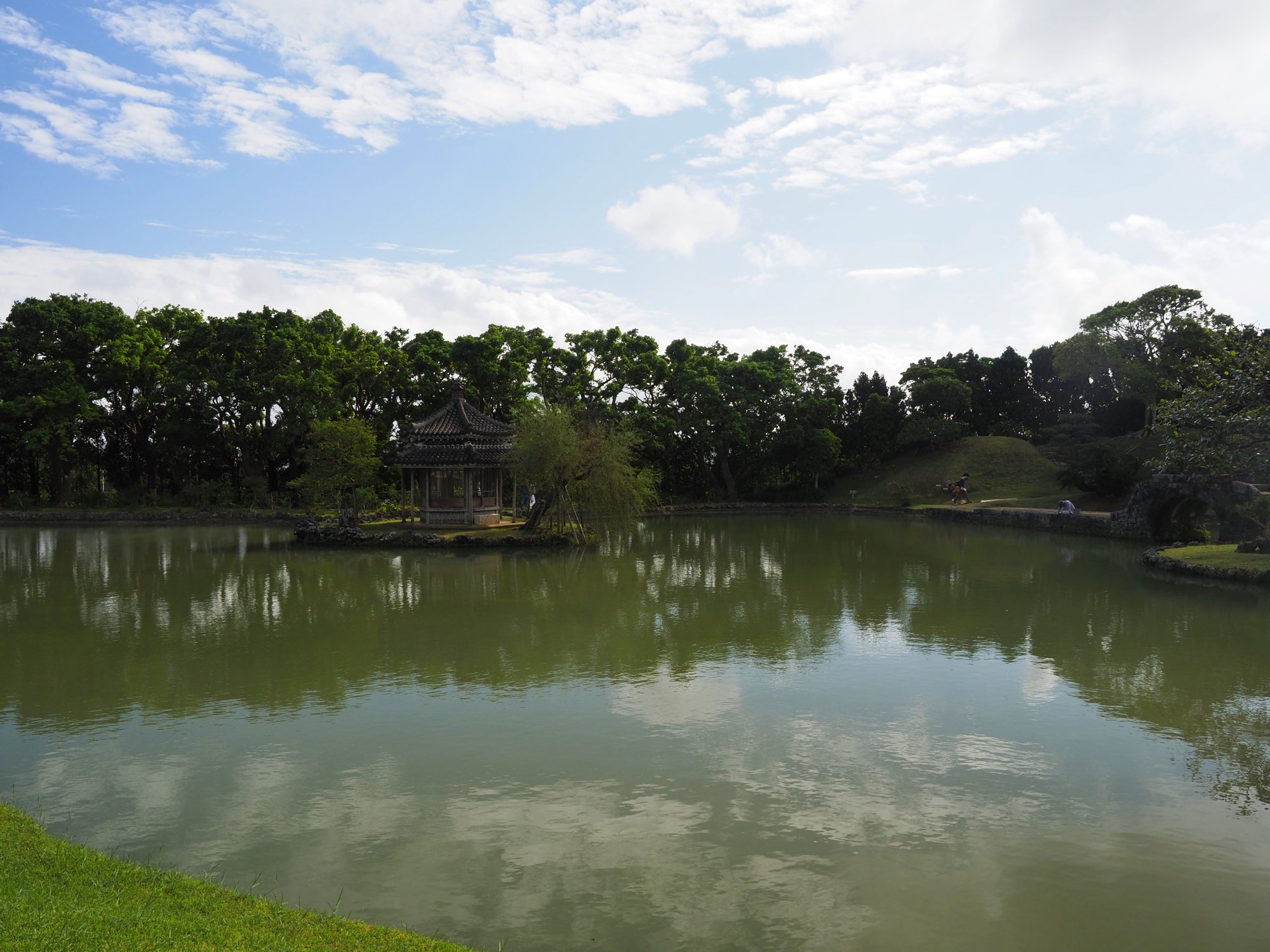 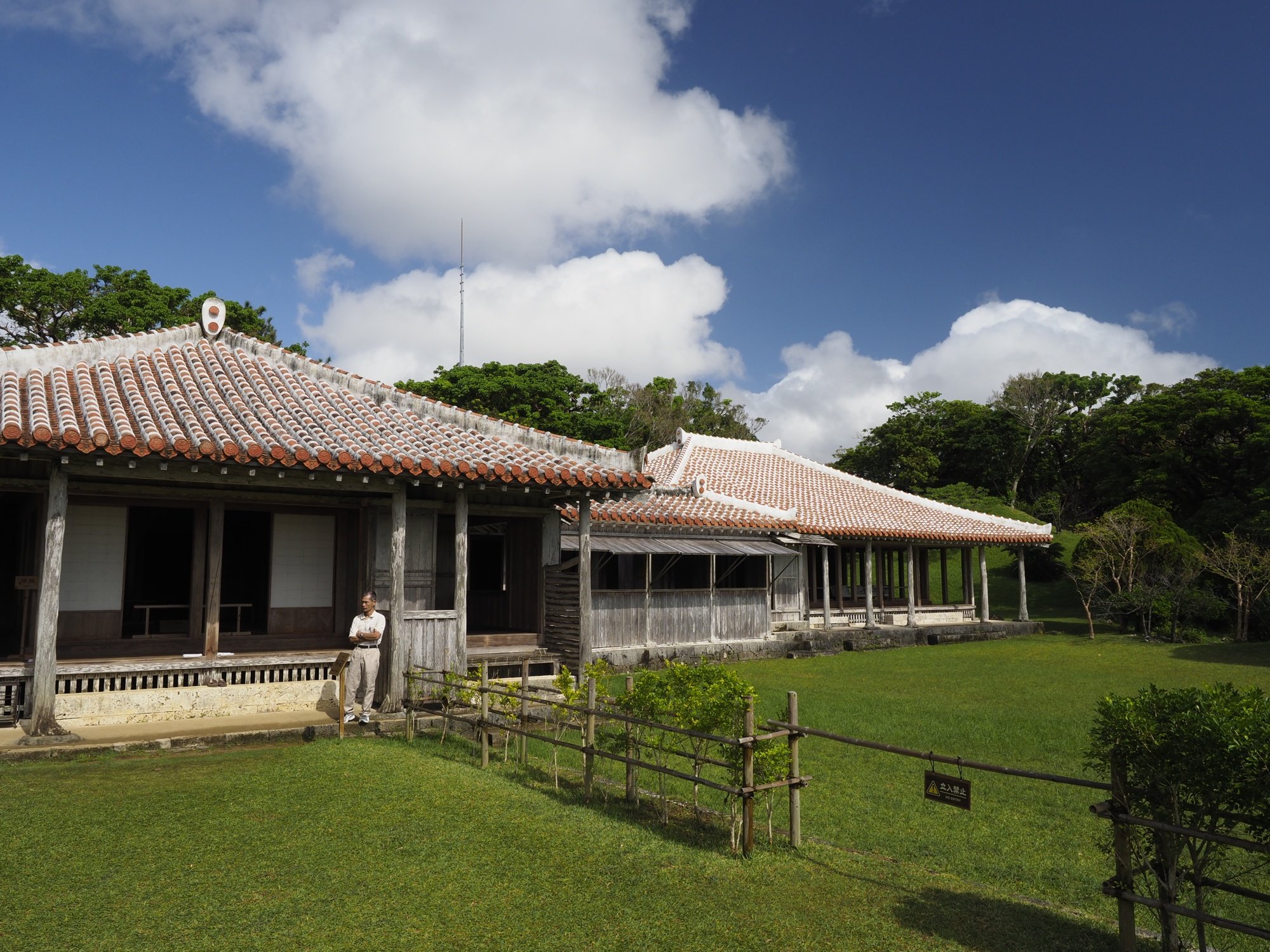 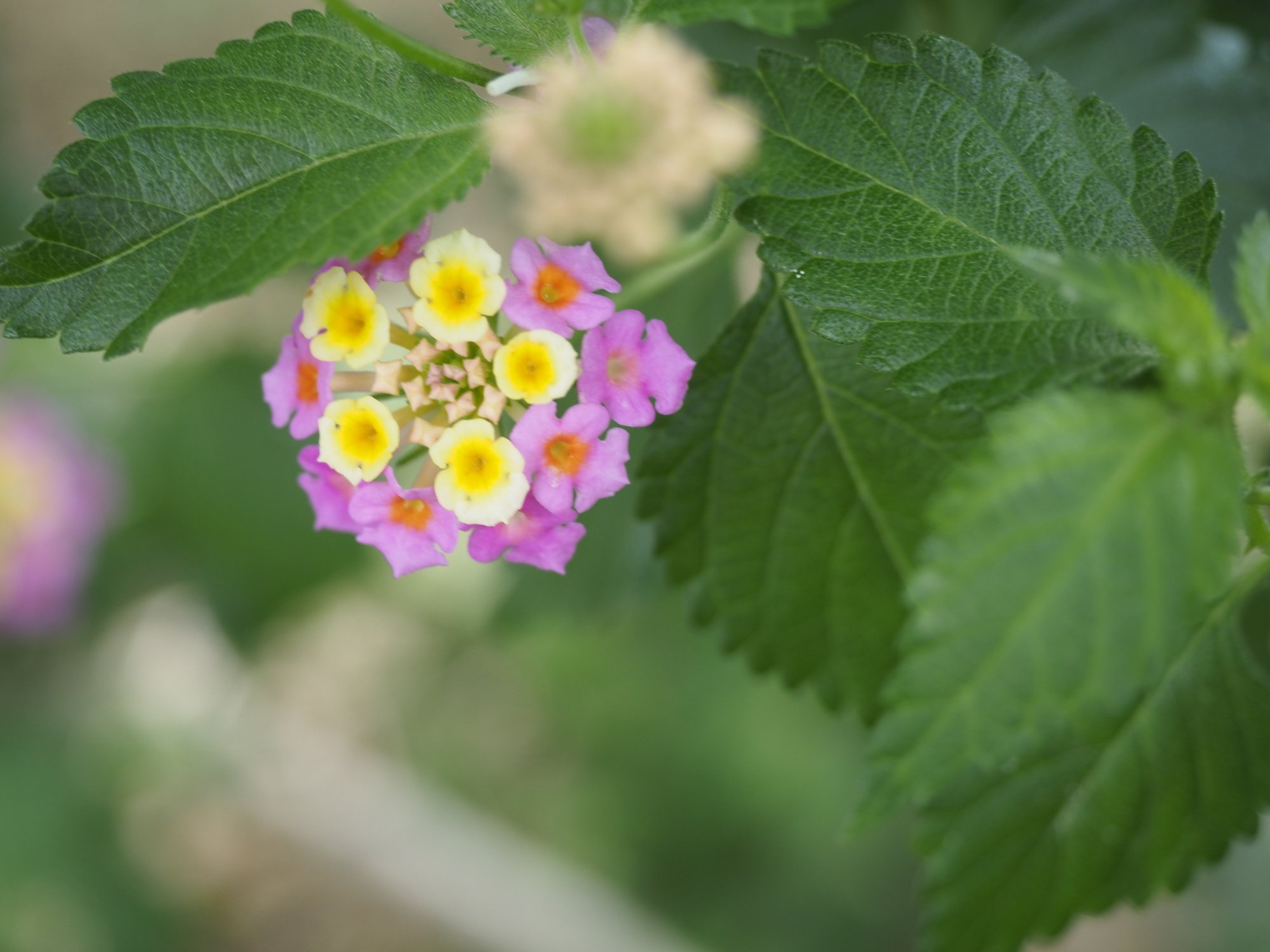 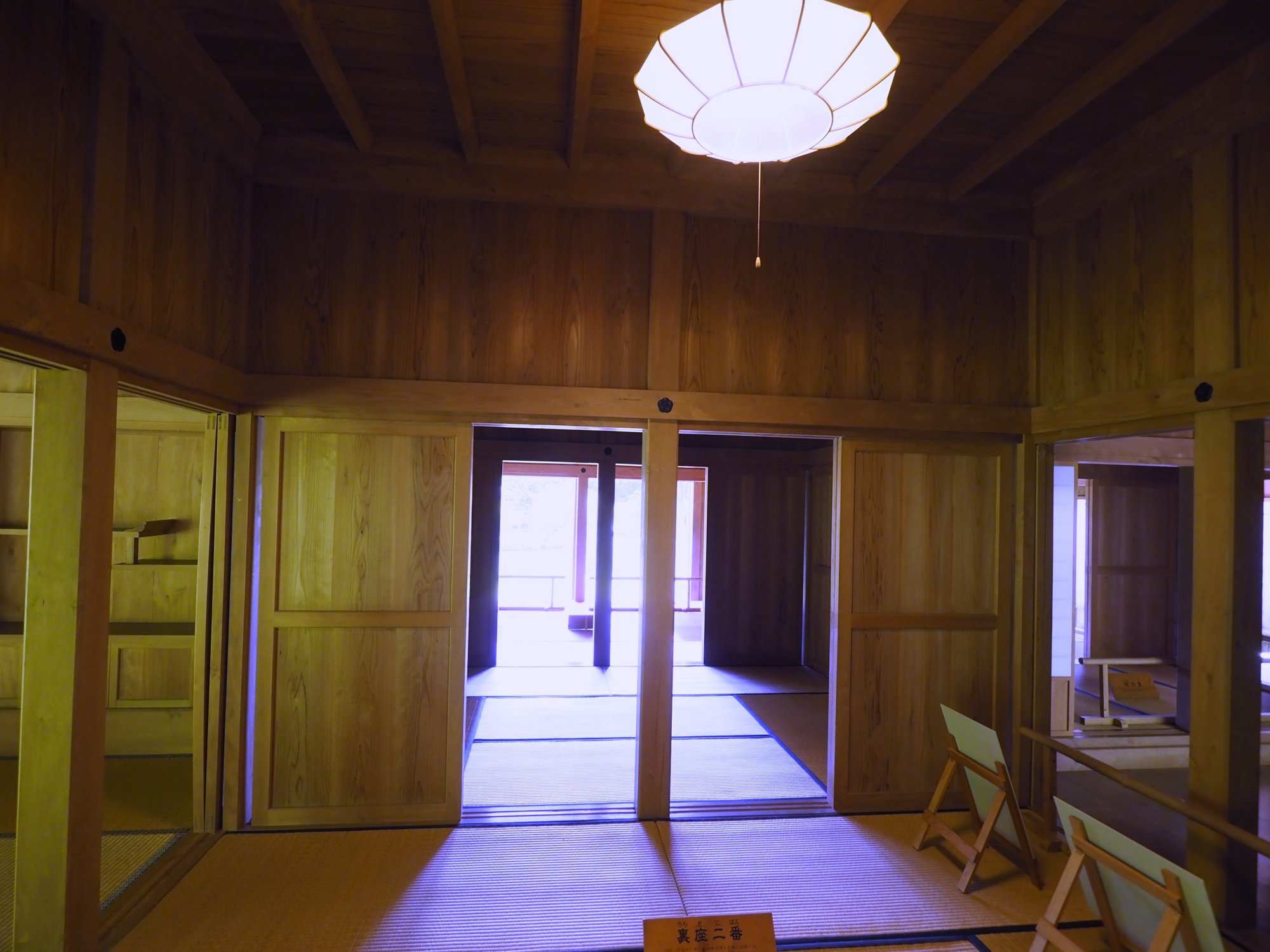 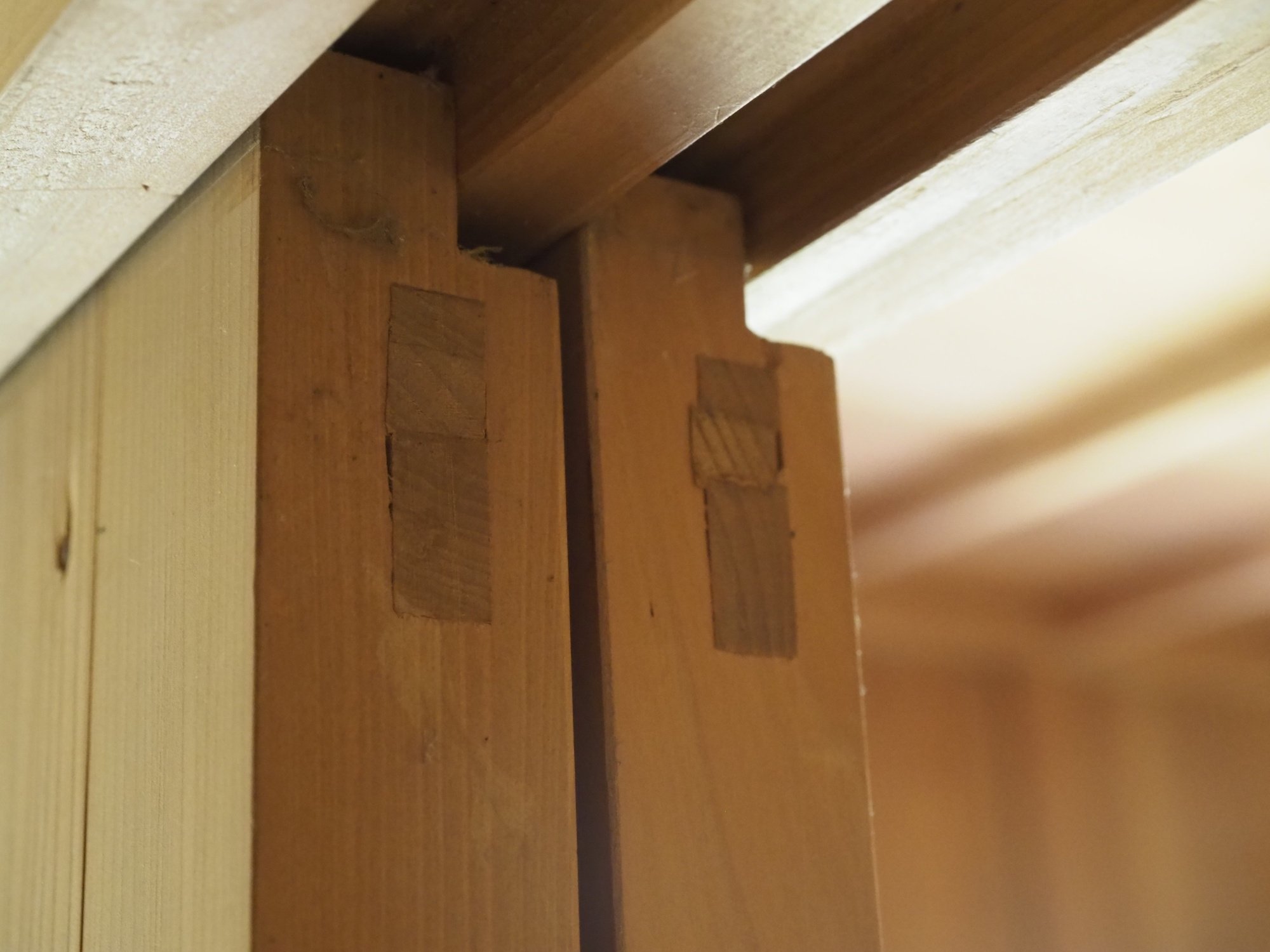 ll around the Udun (palace) in the center. The Udun is build in what we expect as the traditional Japanese building style with open rooms that could be divided by wooden walls and tatami mats (always 6 or 8) as floor covering. The outside walls where non existent but could be implemented by sliding wooden panels in place. In this palace the is even an old kind of toilet visible. The kind that that is till around at some places in Japan. (If you don’t have the super modern one).

The view from the observation point is not bad as well. The walkways where a bit uneven but fortified with stones. Which did not prevent the stones from being a bit slippery in places.

Afterwards we took a bus back to city hall. The bus driver even greeted us in English. A language which is not very common around here. Despite the Americans based on Okinawa. We didn’t see any GIs the whole day either.

At city hall is a small restaurant designed for a quick meal for all the office workers. So you can choose from a menu if regular dished and even two menus of the day. The latter ones are cheaper and quicker to get.

As I went for something of the regular menu I had to wait for my Don to be ready and got a number which was then called so I could get my tray. It helps immensely if you remember how the number was called the time the lady handed it to you.

Walking through the lobby of city hall you can see a typical Japanese office setup as well. Workers are siting in one big room (here the middle was the lobby where people came to get their stuff worked on). Then you got the table where the usual workers sit next and in front of each other. At the head of the row sits the boss of the team. Privacy is non-existent.

Following this short excursion into regular life we walked along Kokusai Dori. The main strip of Naha. The difference to other shopping streets in the world was that no big chains where visible here. But lots of souvenirs where for sale. And yes of course Hawushu as well. 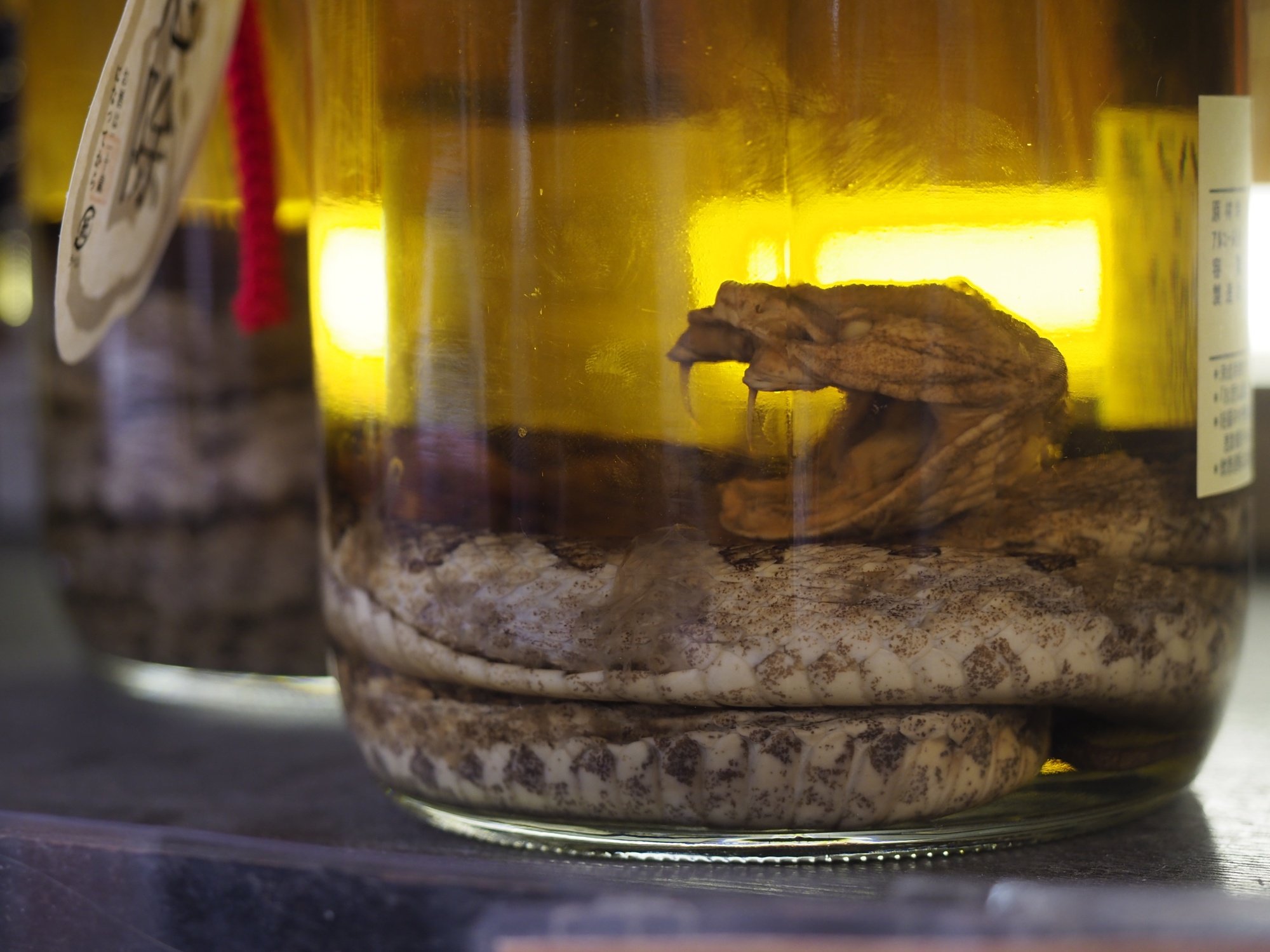 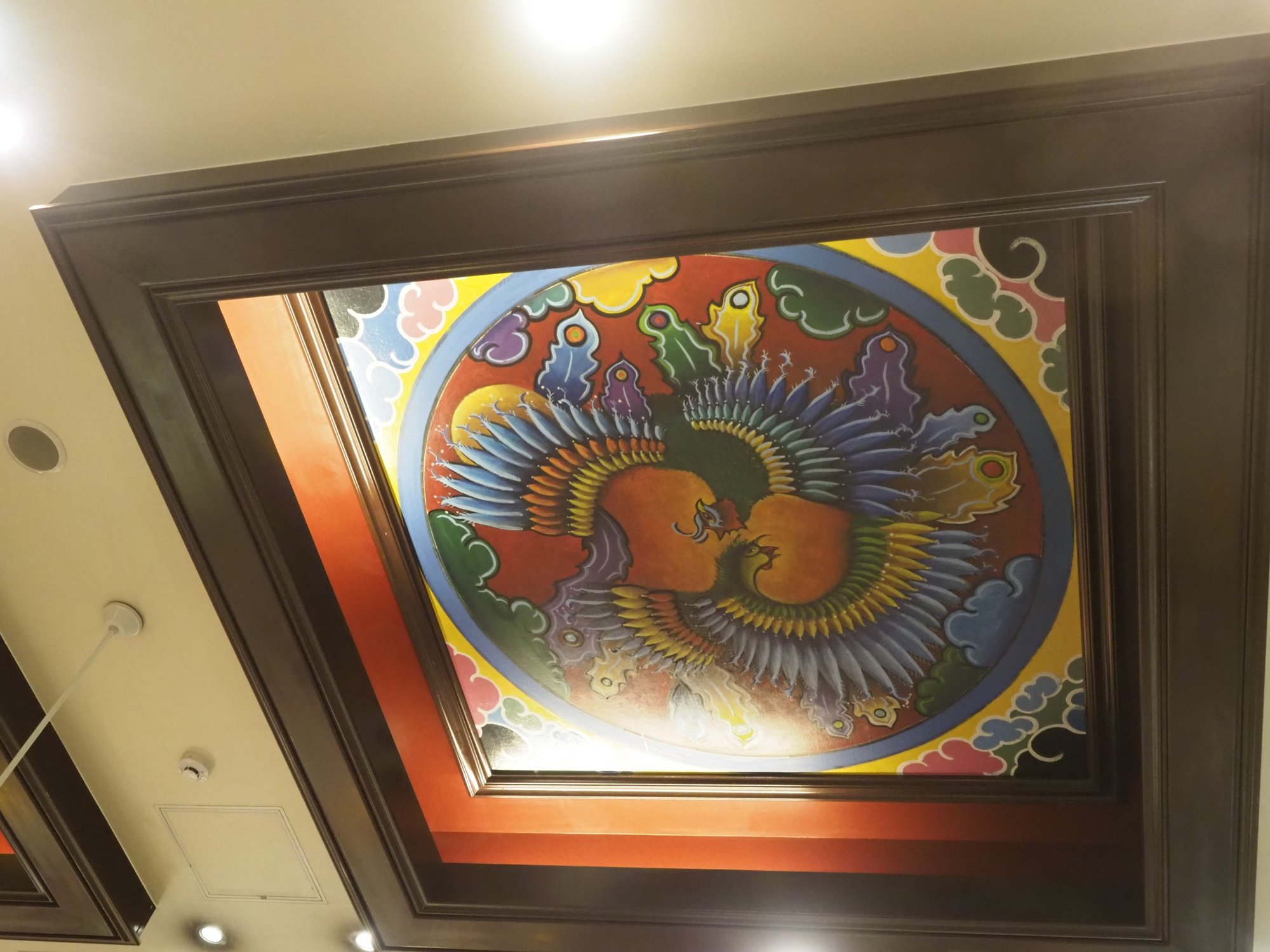 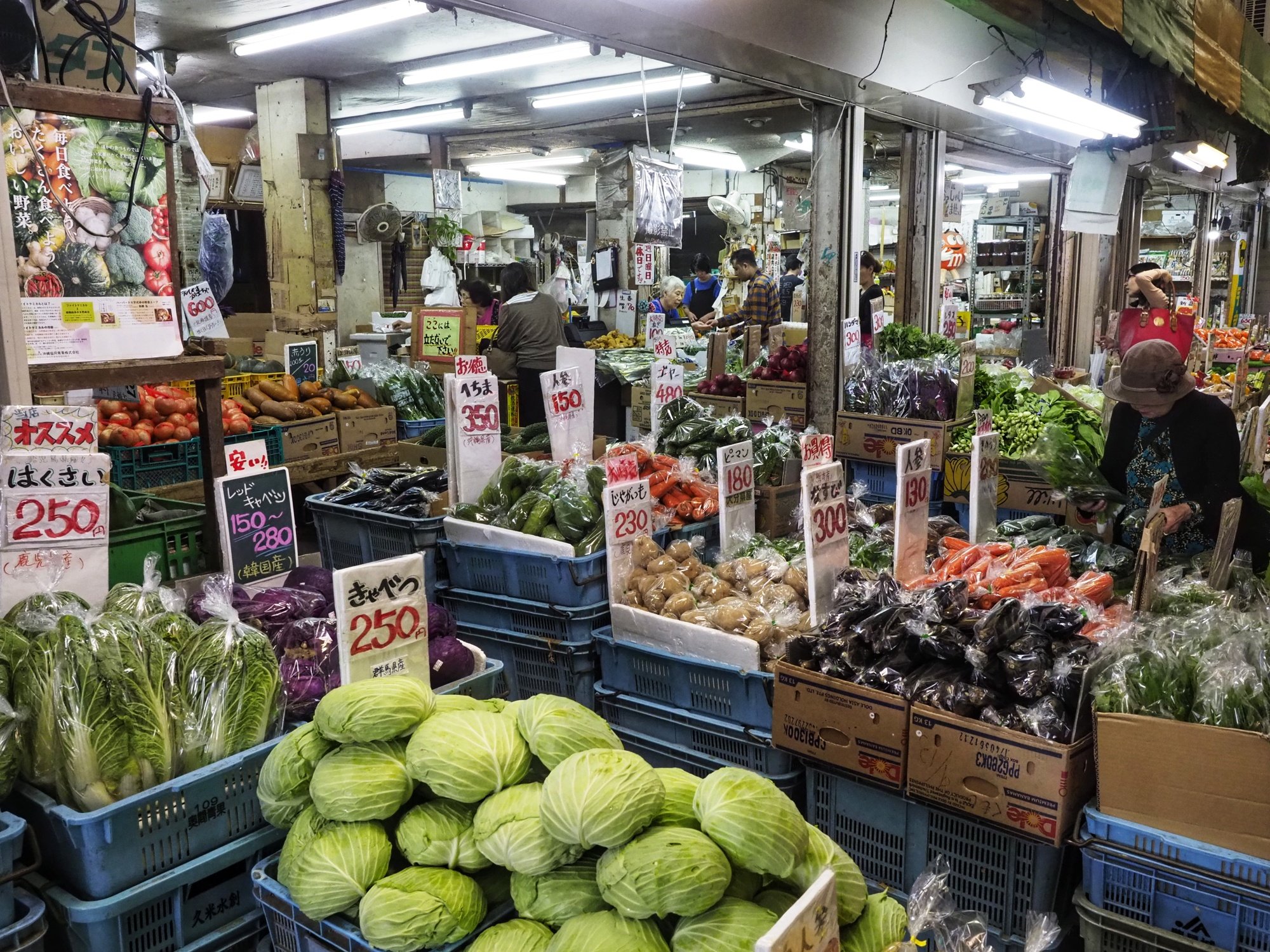 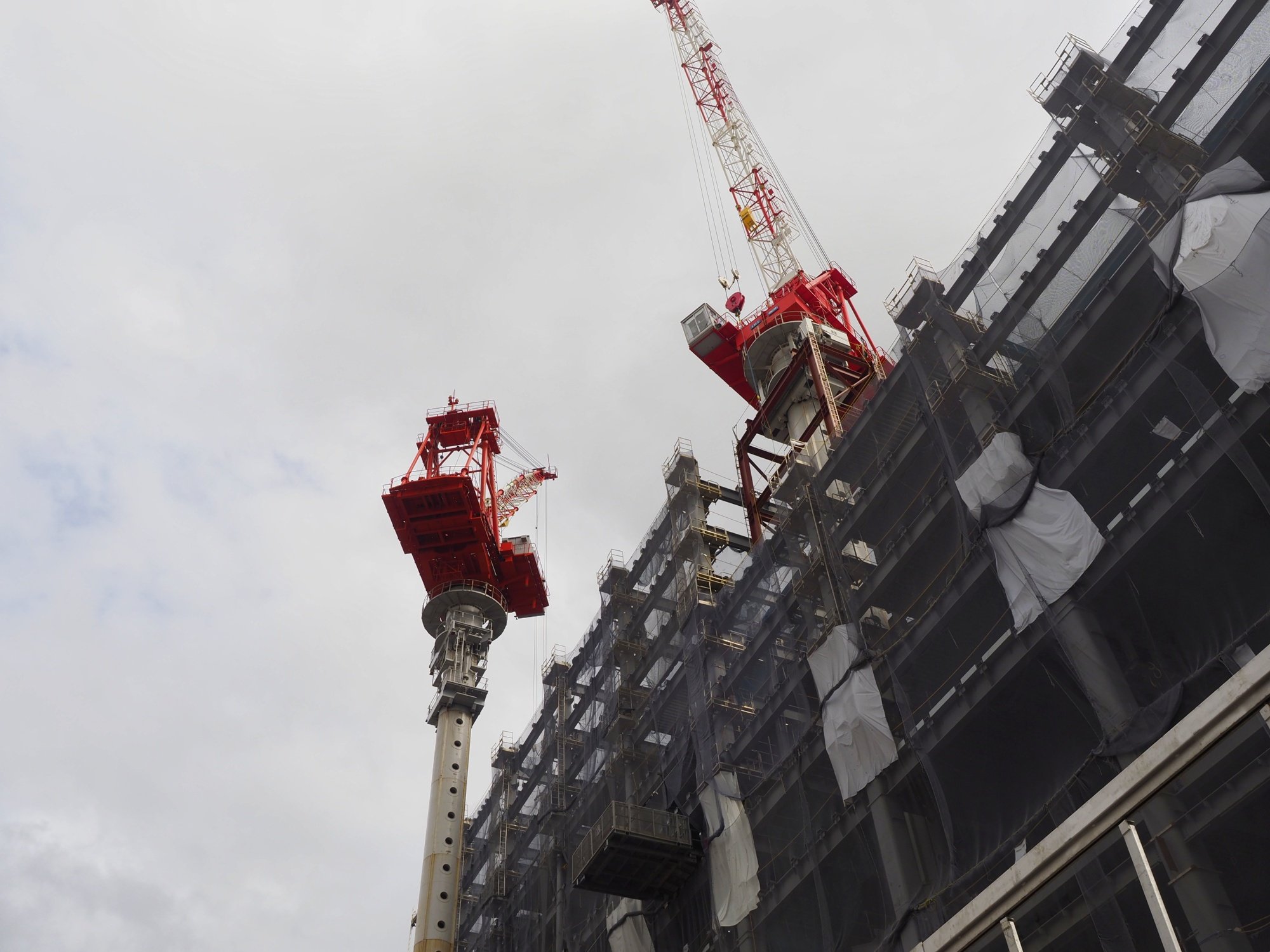 Having explored one of the side streets as well we had enough commercial overflow for the day and decided to conclude the day in Rikkarikka-yu. This bathhouse with an Onsen and a sauna is a good way to get some stress relief. 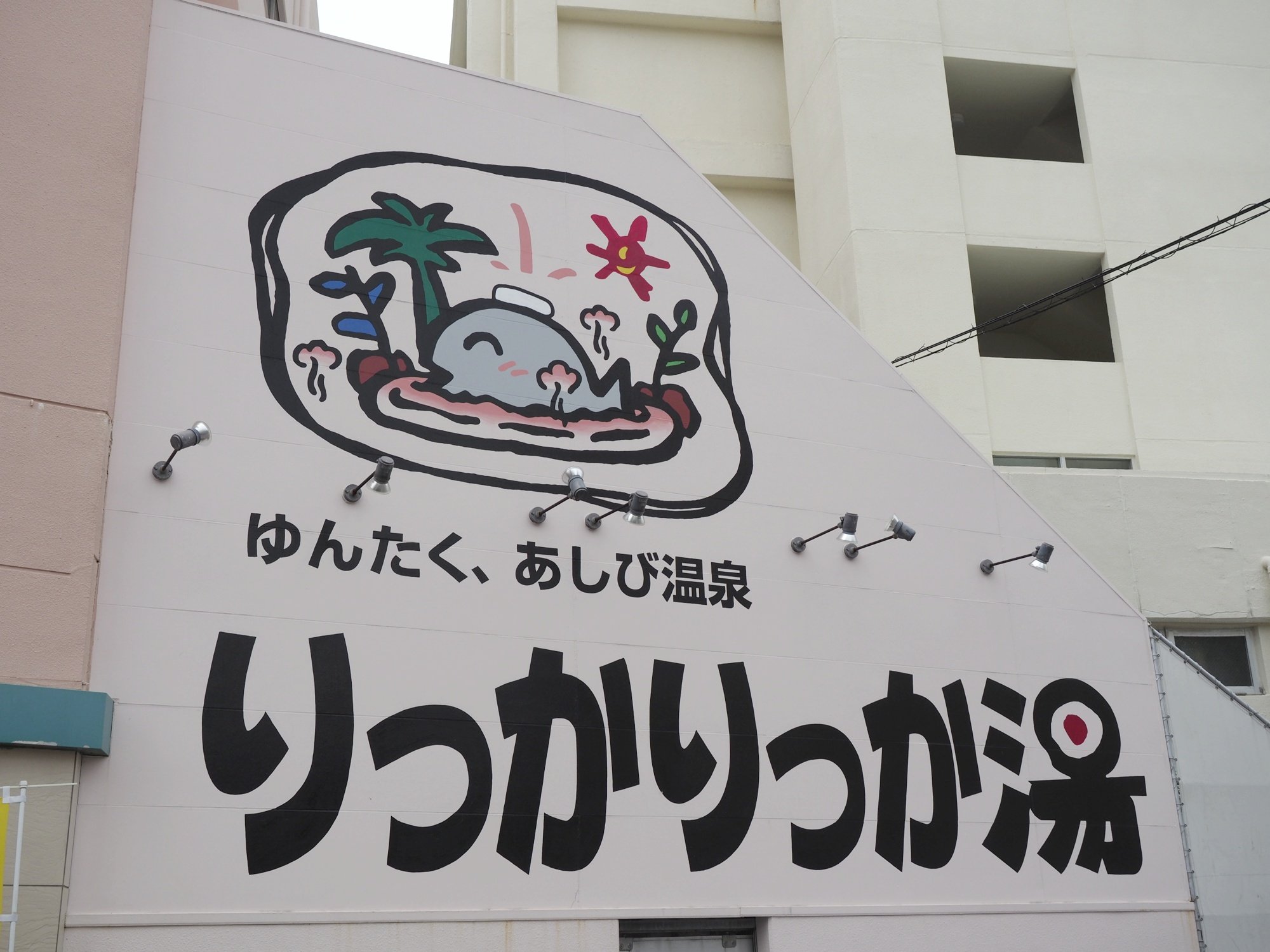 First shoes off before you enter, towels are for hire. Fortunately someone else did manage the vending machine for us. As there where a few option available. In the boathouse itself you undress, keep the bigger towel with your clothes for later and only take the small one with you.

Then it’s time to clean yourself at one of the small stools. Starting with shampooing your hair and after you rinsed it out you work up a lather with your towel which you then use to scrub the rest of your body. After you showered of the lather (while seating), rinsed your towel and then cleaned your place you are ready to go into the water.

The Onsen water itself is warm. Think hot tub for multiple people. In this Onsen the water did not smell much. Then there where different pools for different massages. One of them was by electrical current. One basin was filled with cold water so you could cool off after a stay in the sauna.

The first sauna was steam based with a very loud exhaust of steam every now and then. The second one had less humidity and some salt for a nice salt peeling. The last one just had dry heat at 90°C and a tv set where the current Sumo tournament was on.

After 2,5 hours it was time to leave again and get something to eat. 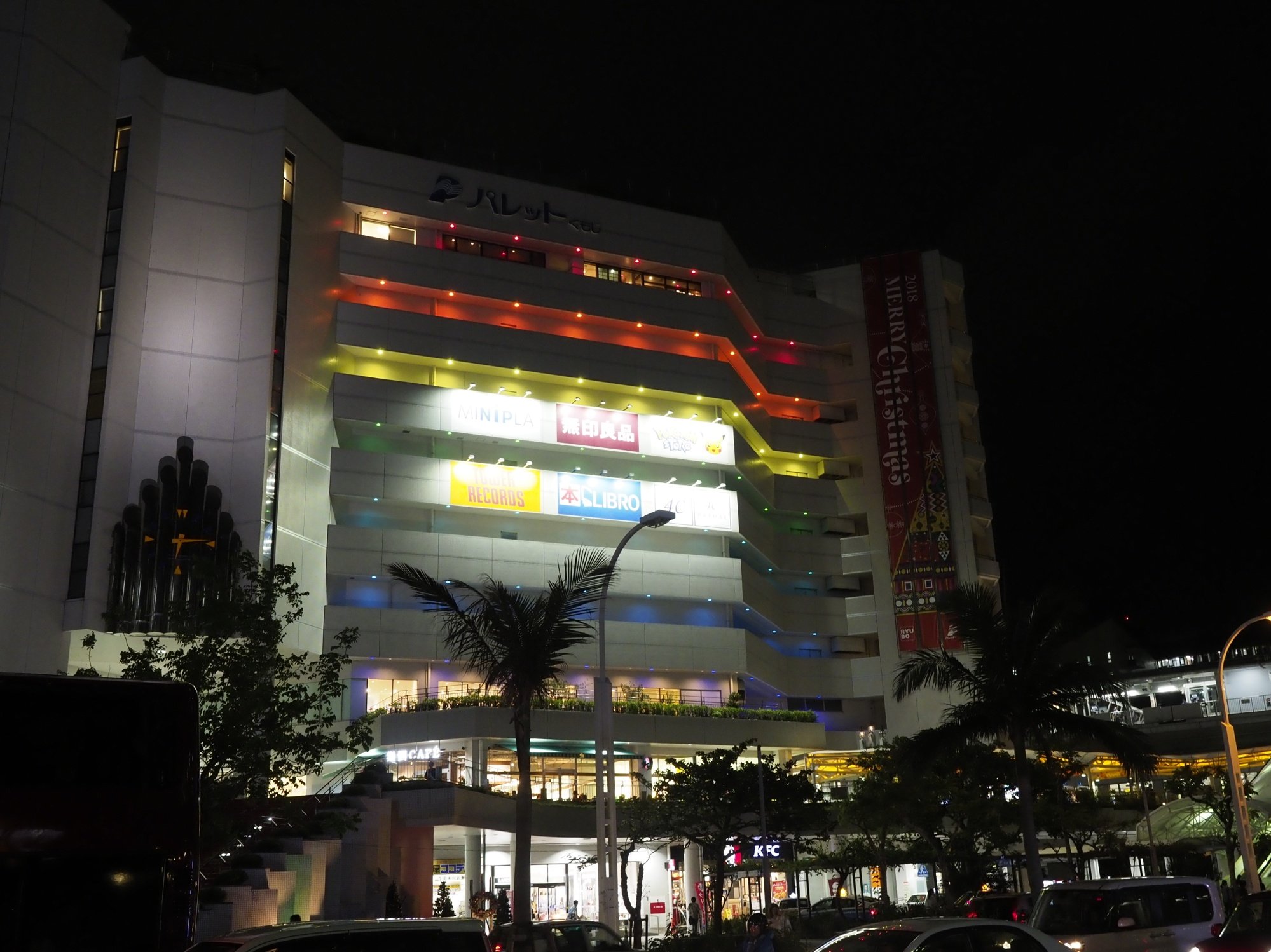 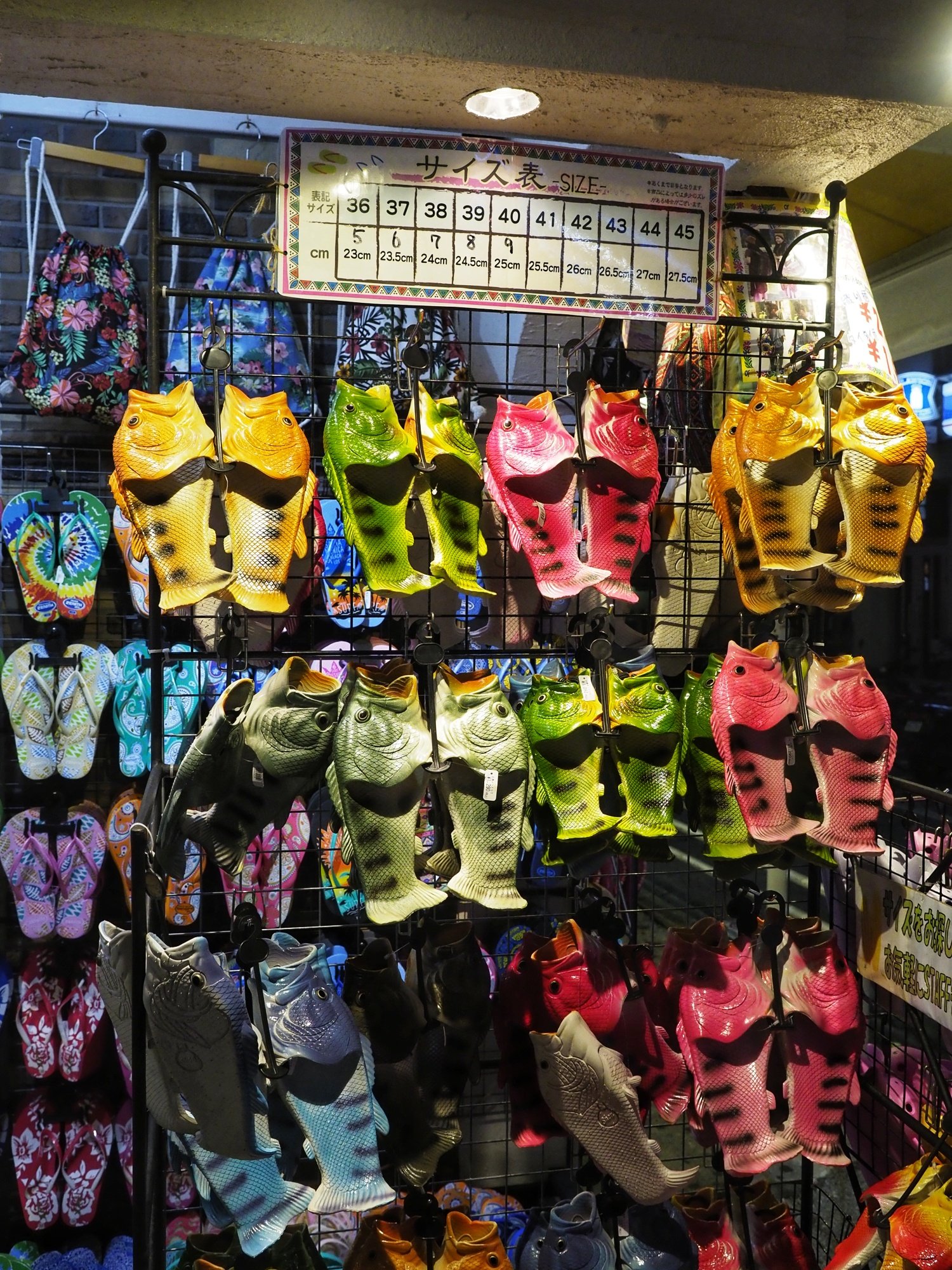 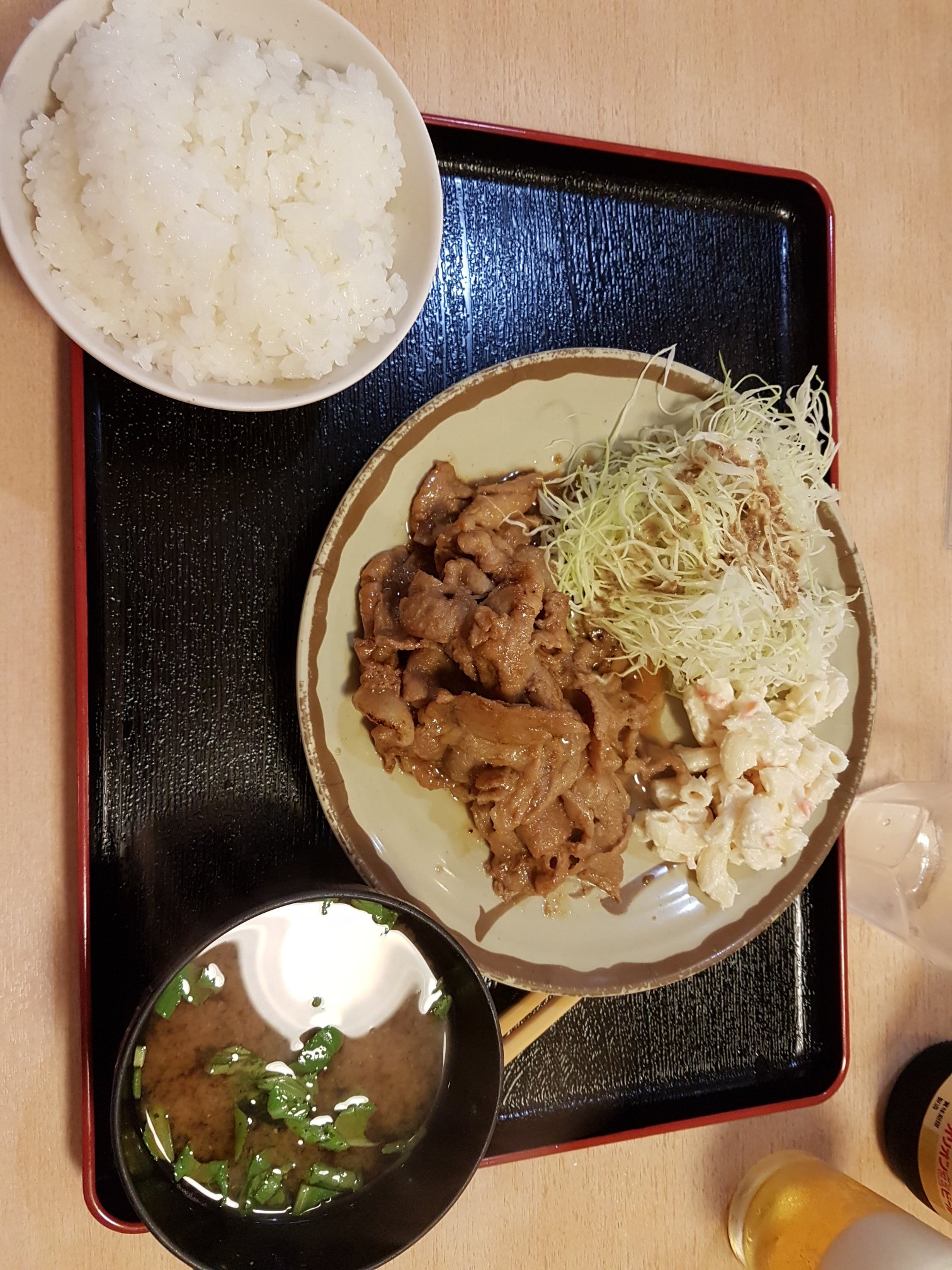