Today not too much happened. Our goal was to change locations and get from Osaka to Okinawa.

To do that we met up quite a bit later than usual and took the monorail to the airport. 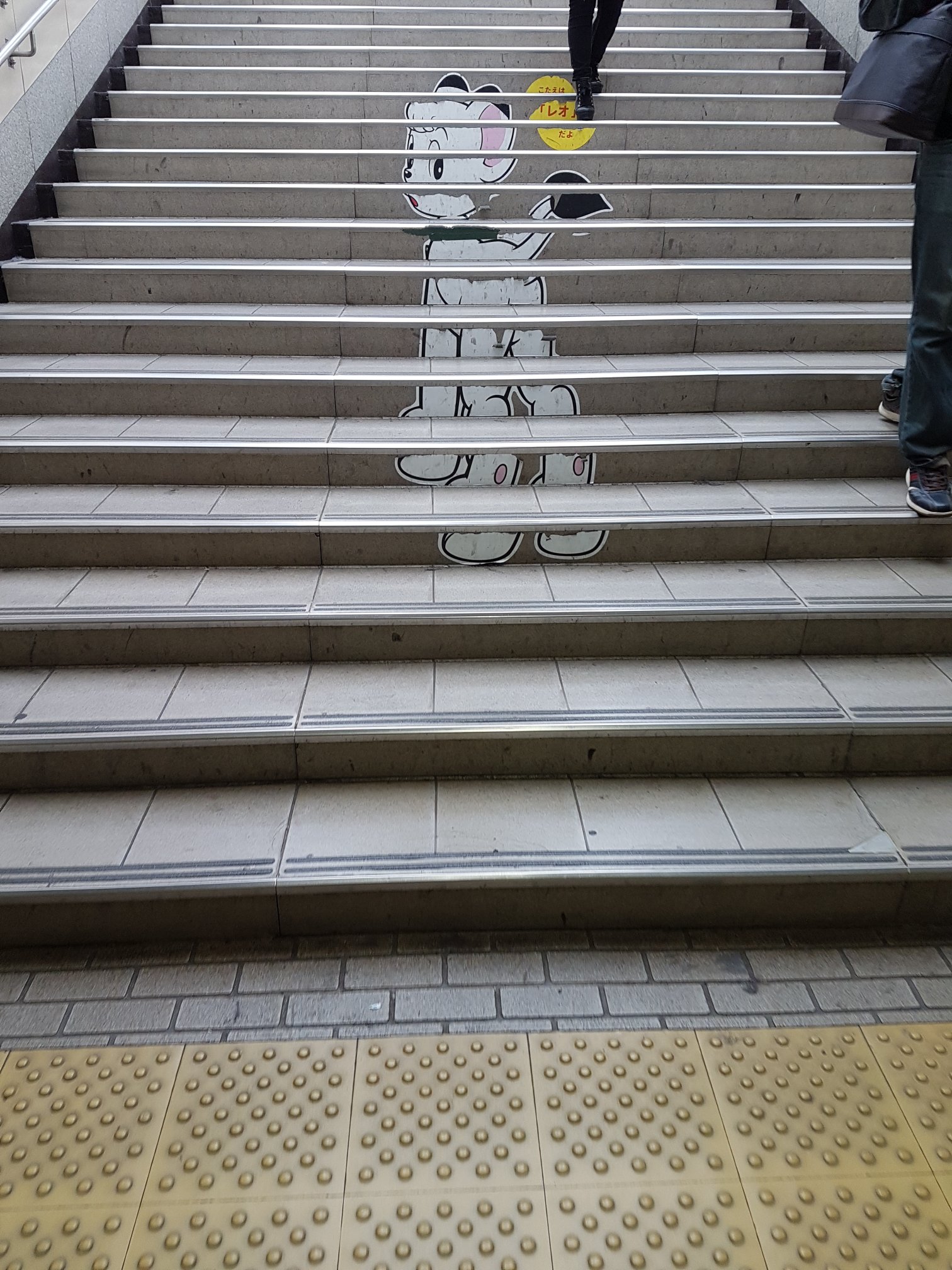 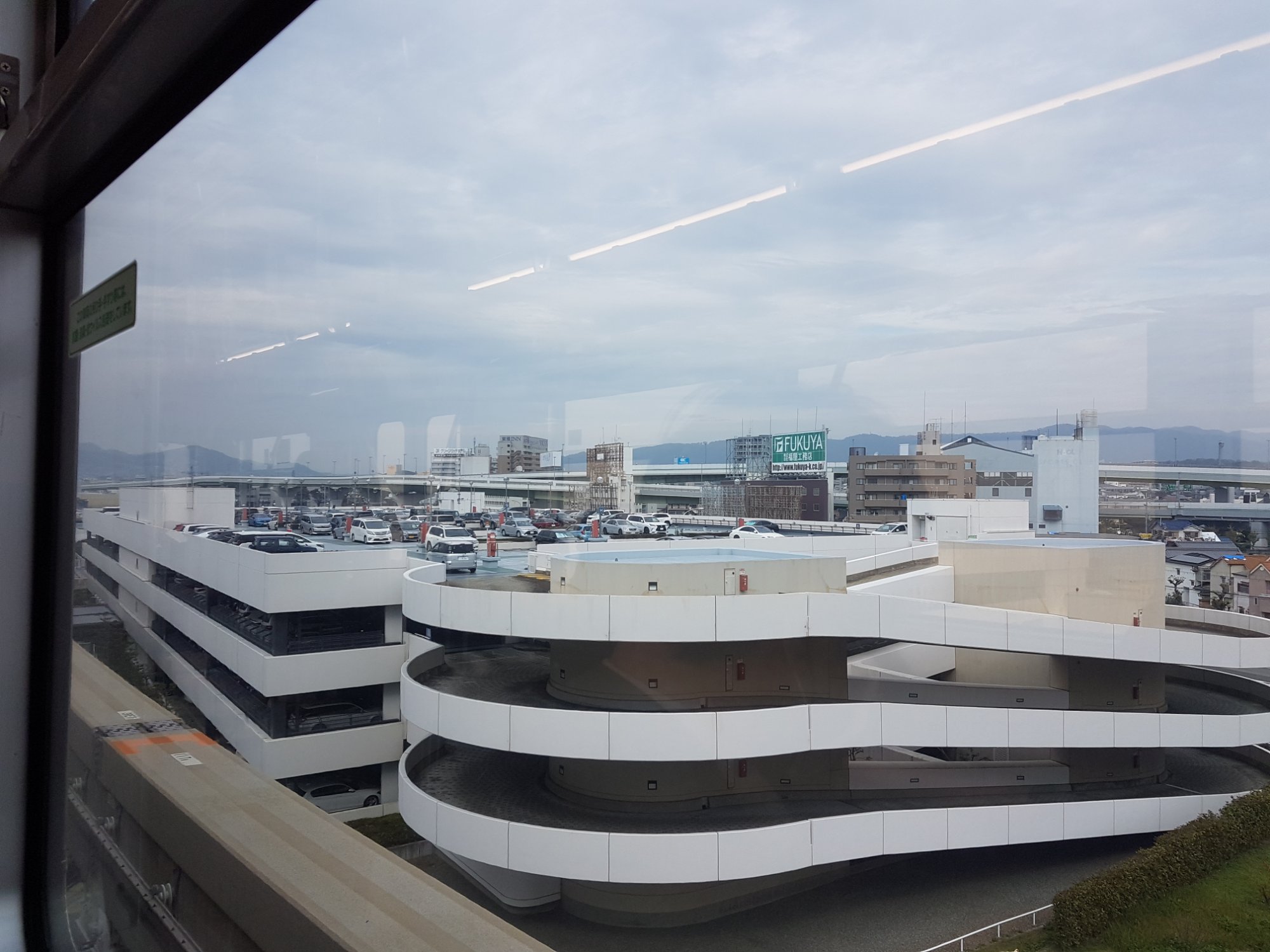 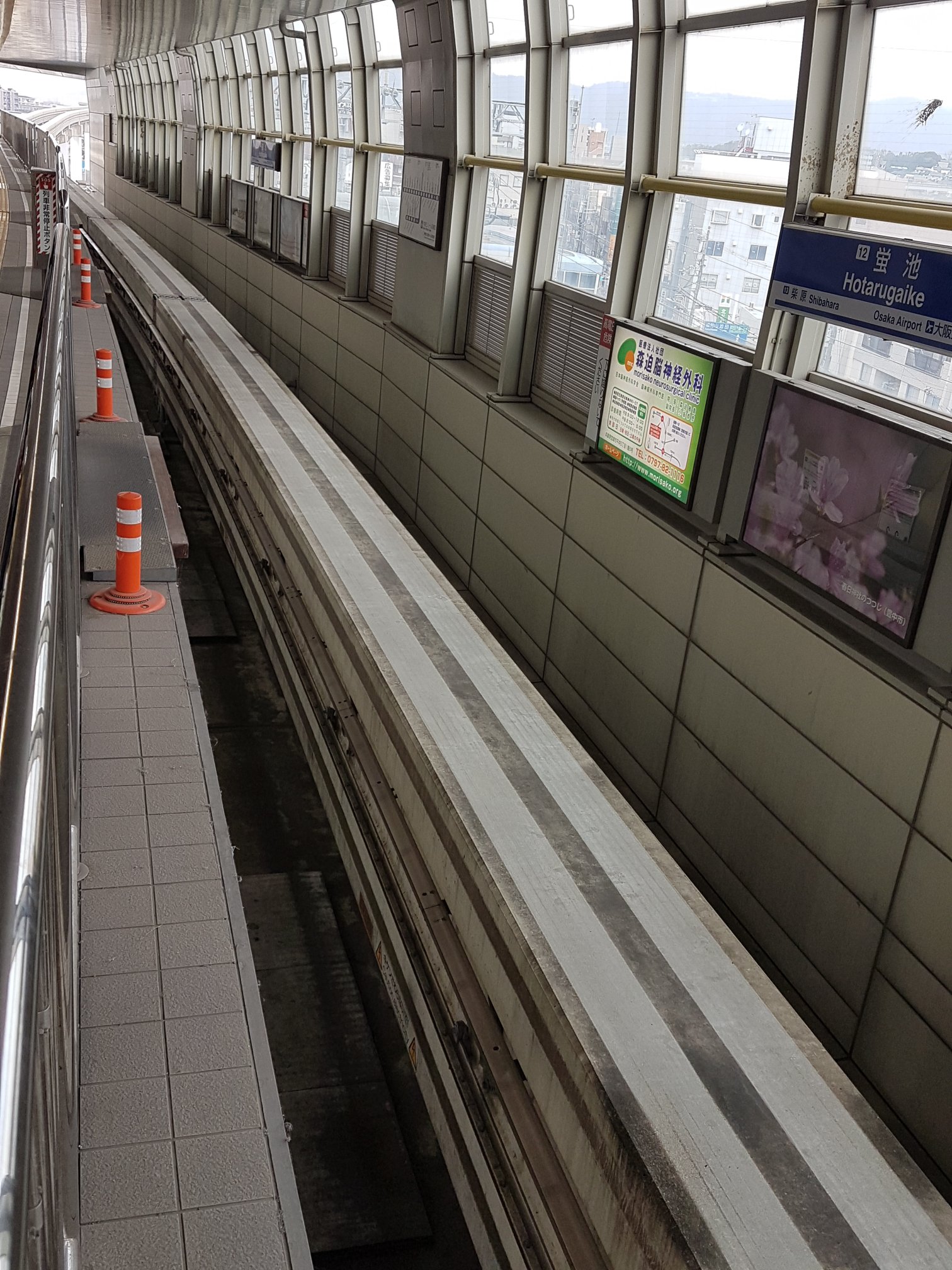 At security it was no problem to get food and (unopened) bottles through to your gate.

And then something remarkable happened. The first time we experienced a delay in Japan. Our train was going to be an hour late. As compensation vouchers for 1000¥ where given to all passengers.

The offer was only made in Japanese and the voucher was only valid on the same day and airport where issued. As I had already purchased my bento box outside that meant I had to buy more Nama Yatsuhashi (sweets from Kyoto). Poor me. 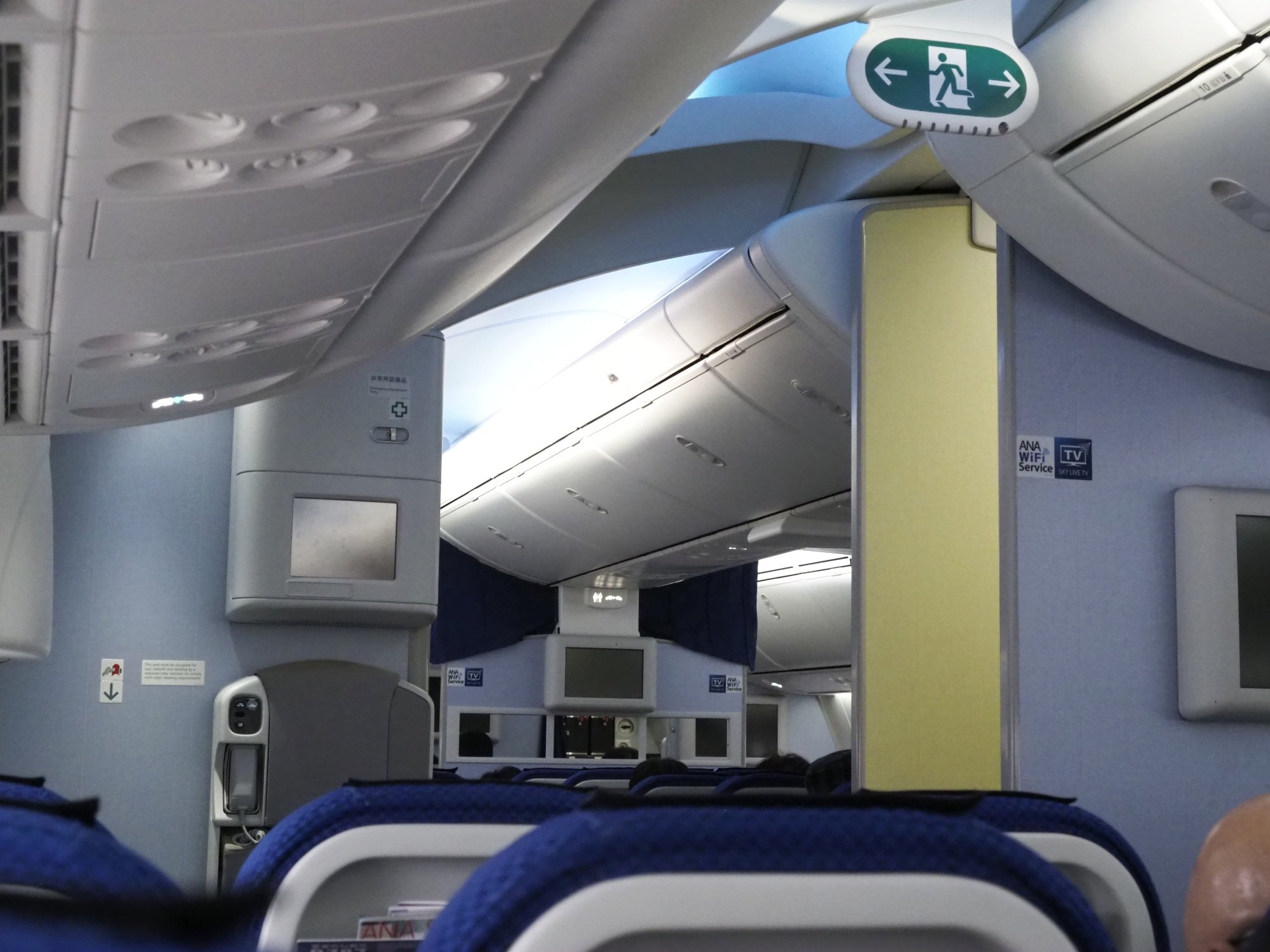 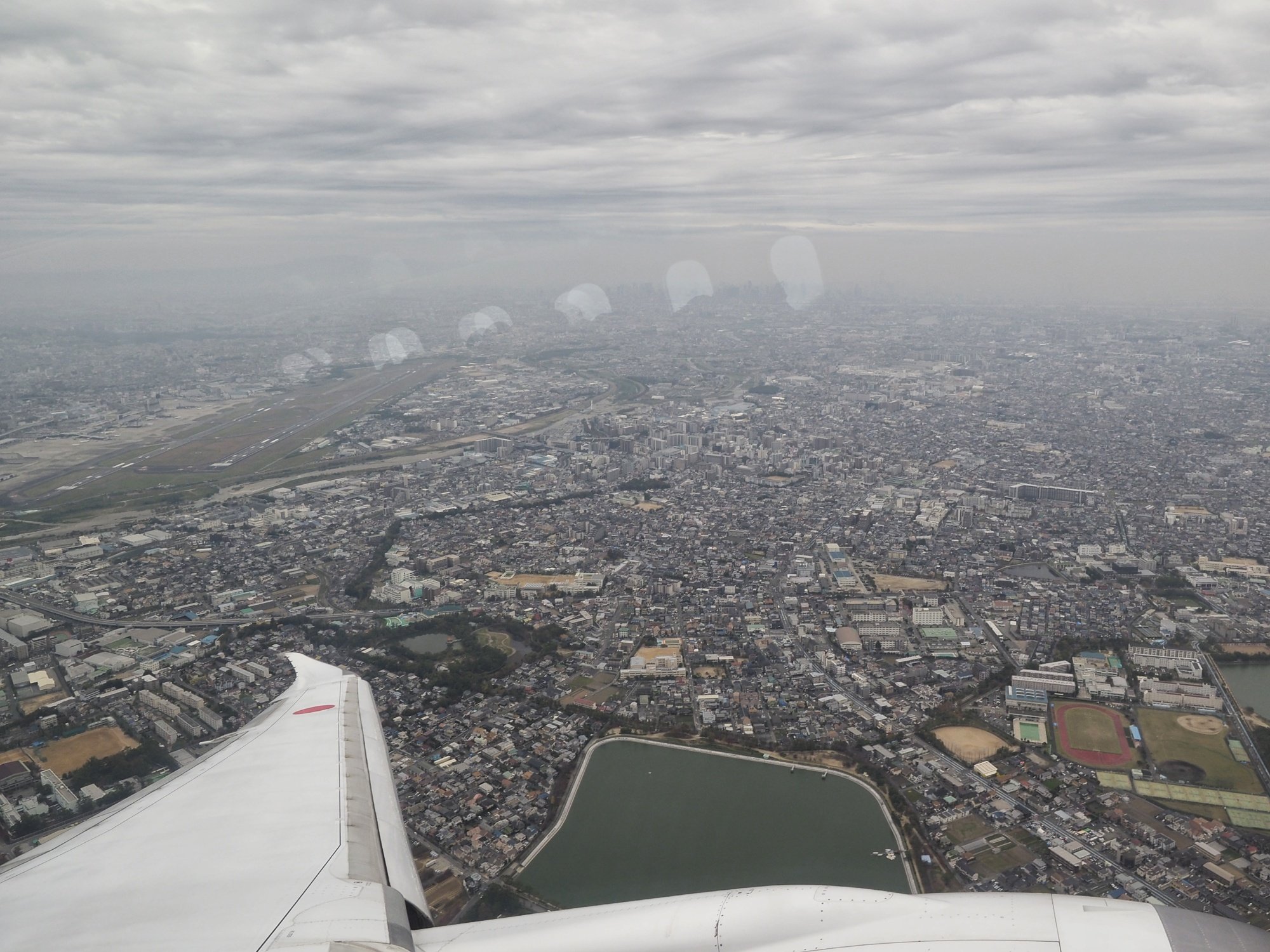 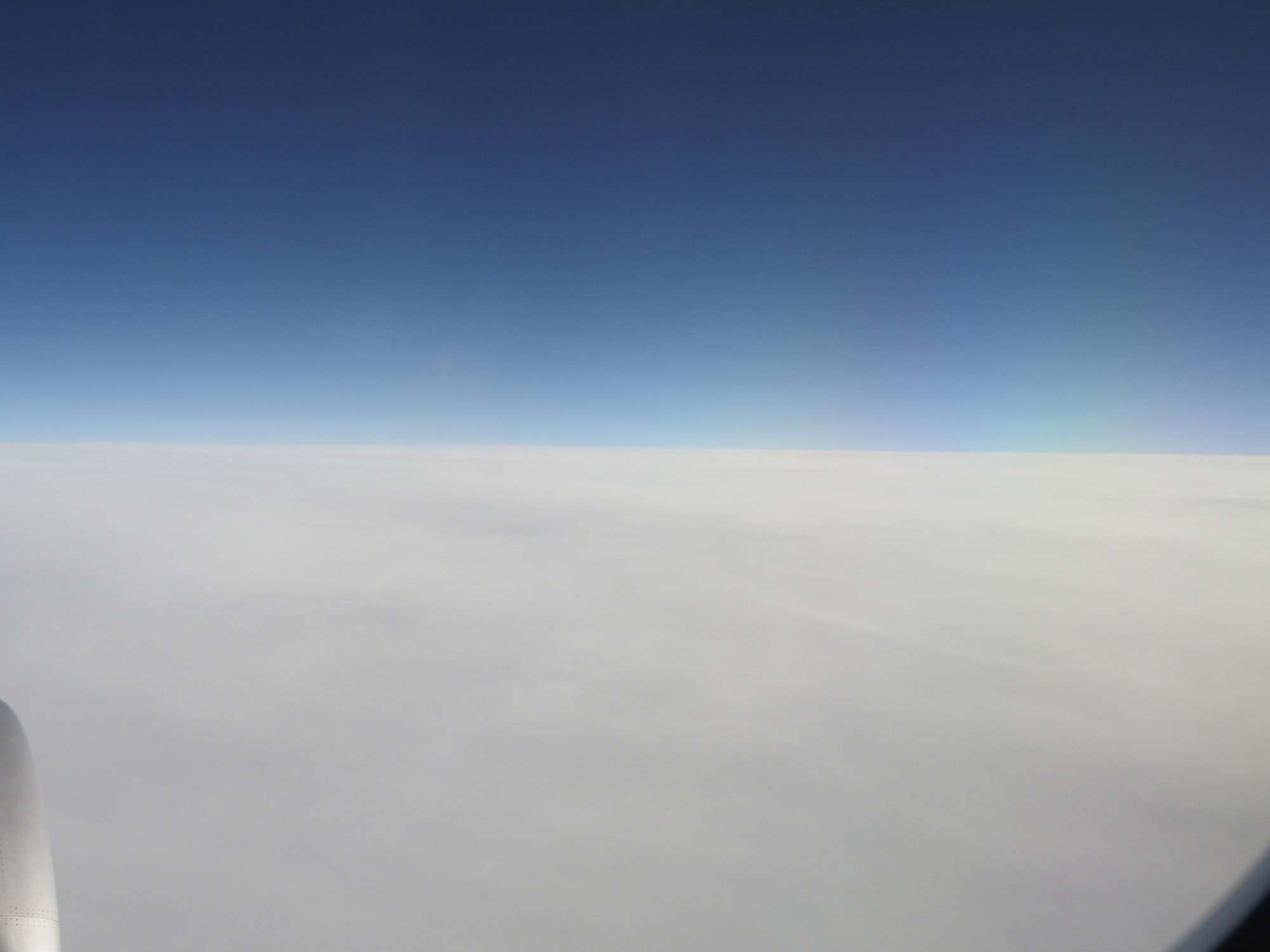 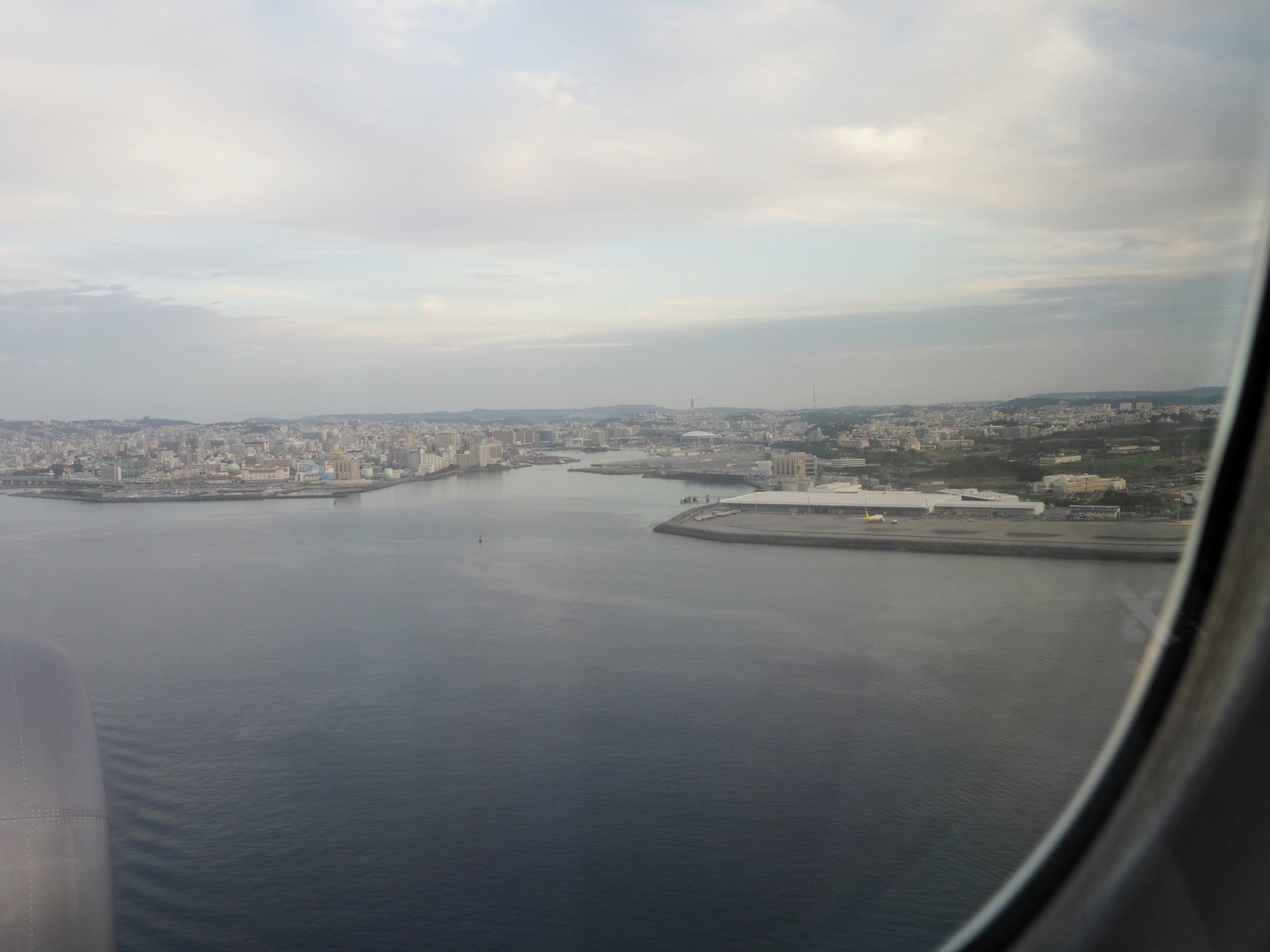 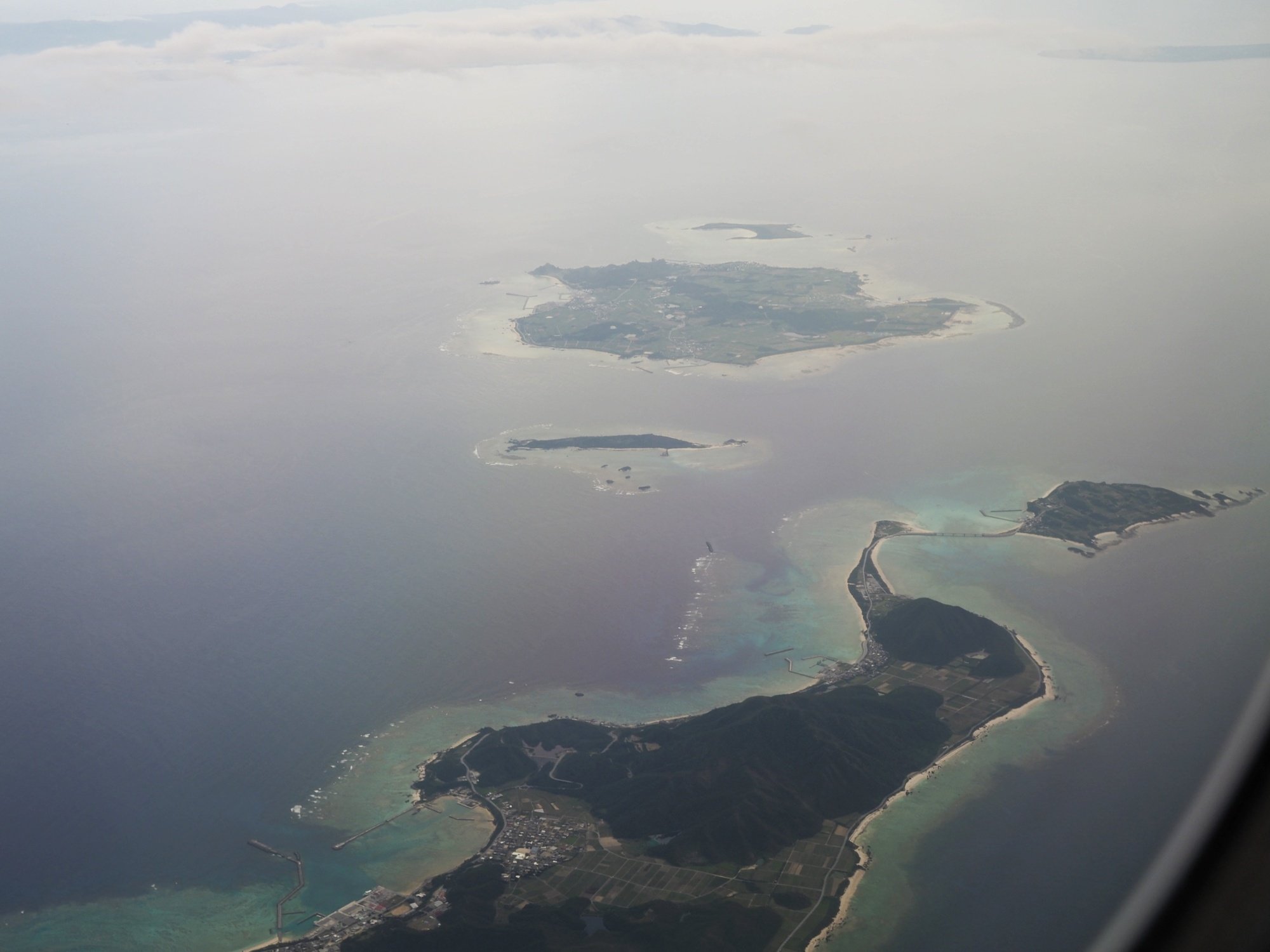 To the hotel in Naha we used the second Monorail of our trip. Unfortunately Okinawa does not use Pasmo (or any other IC card from the rest of Japan) for that matter. So we had to find out how to get our ticket for the ride. Well pressing buttons somehow led to an option to switch to English. From here on out it was pretty straightforward.

Check-in led us straight to our rooms this time as we where way after the earliest check-in time.

For dinner we went to a traditional restaurant and had to take off our shoes before stepping onto the tatami mats. The table was a little bit lower than usual as well. Some tried bitter guord (Goya). I went for fried tofu instead. Yes the bitter part was not so much my taste. So good choice without even knowing.

To finish up the evening we tried some Awamori. When the bottle came up to the table we where wondering how we should drink all of that alcohol (30 %) and if we could store the bottle at the restaurant for a later date. Turns out that the bottle was empty when we left. 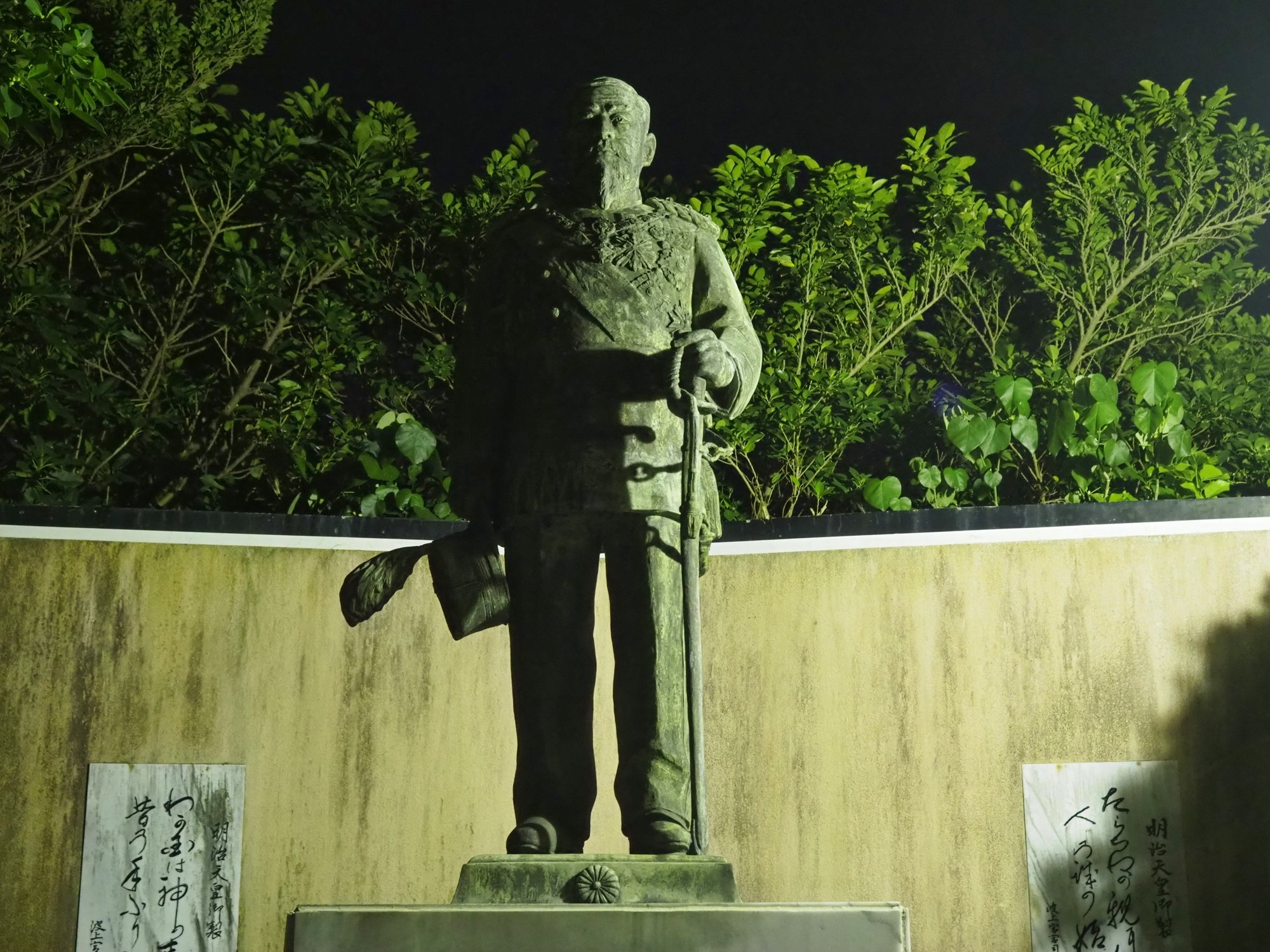 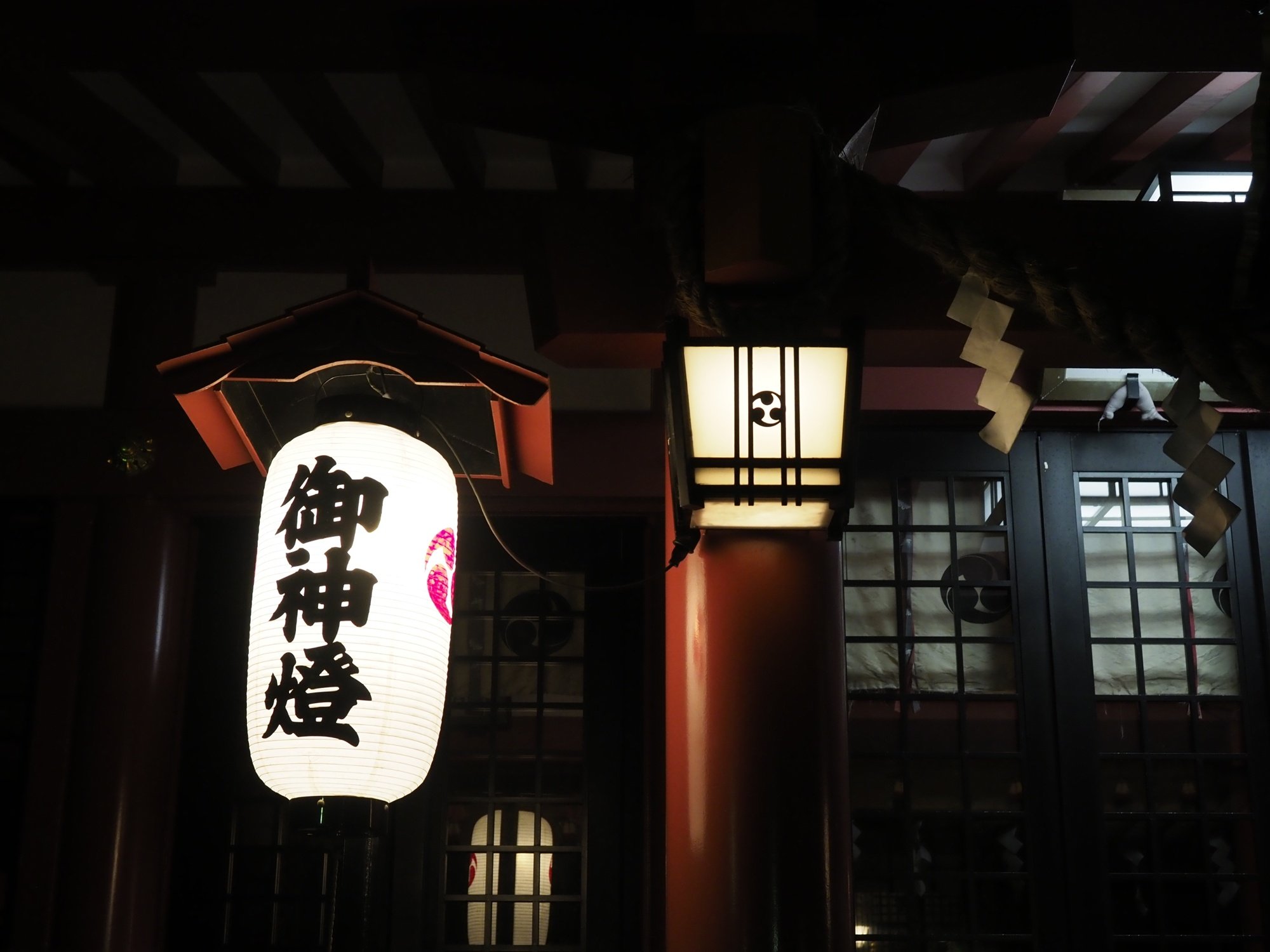 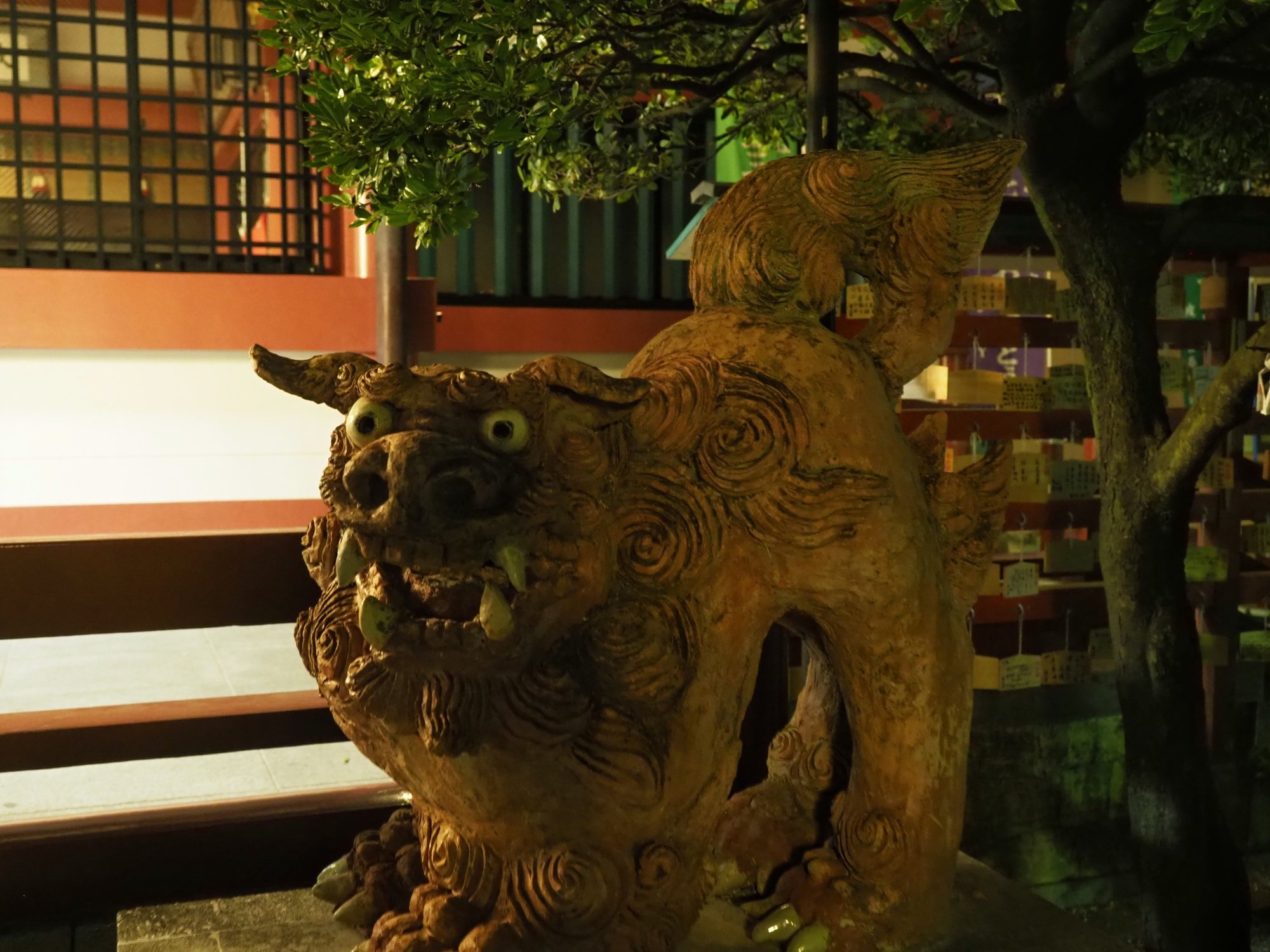 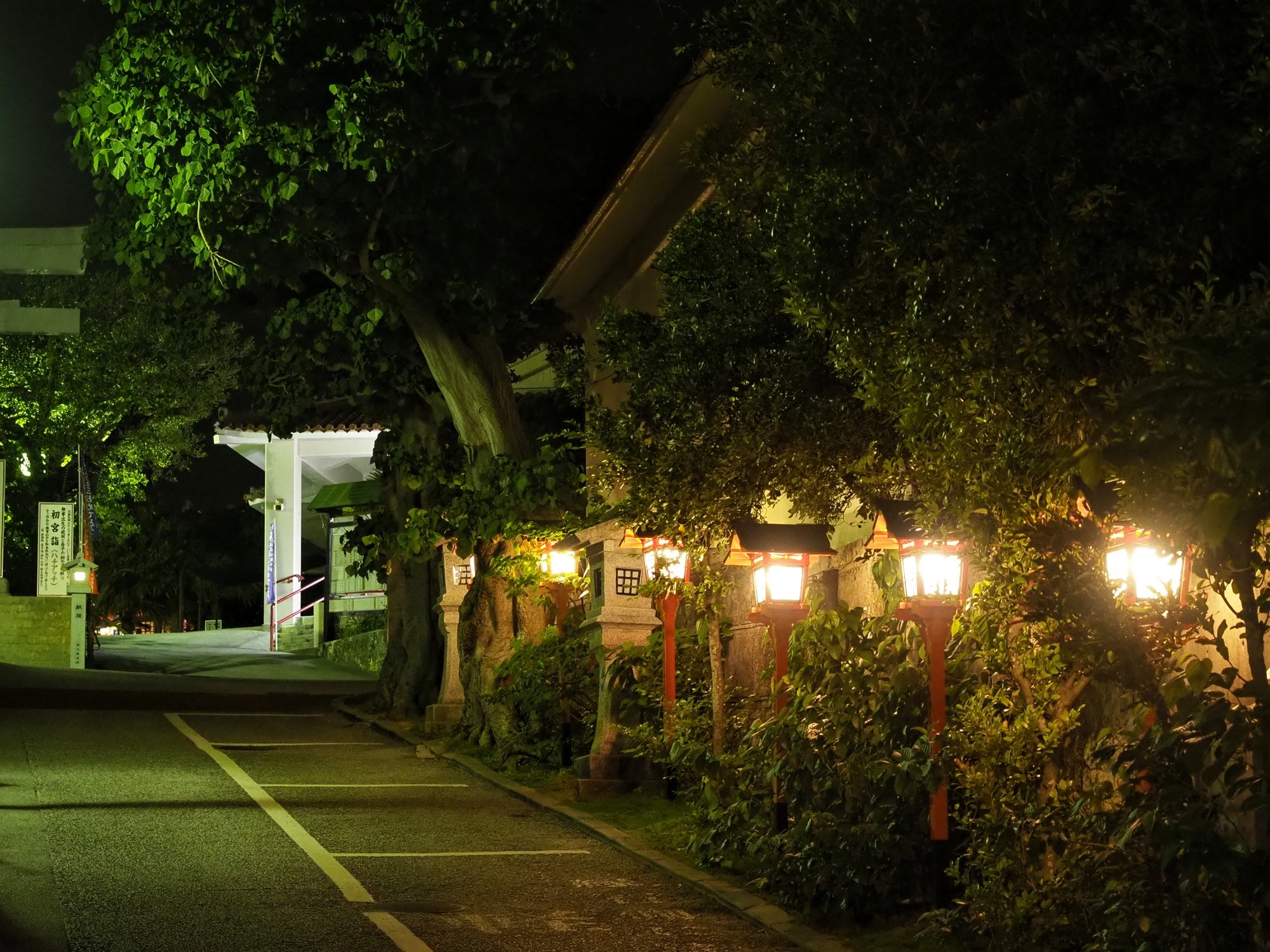 The day was a bit boring so far. So we made our way down to a local shrine and from there down to a small beach where we tried to cool off our feet. Well the cooling part was a bit difficult as the water was not really cold. 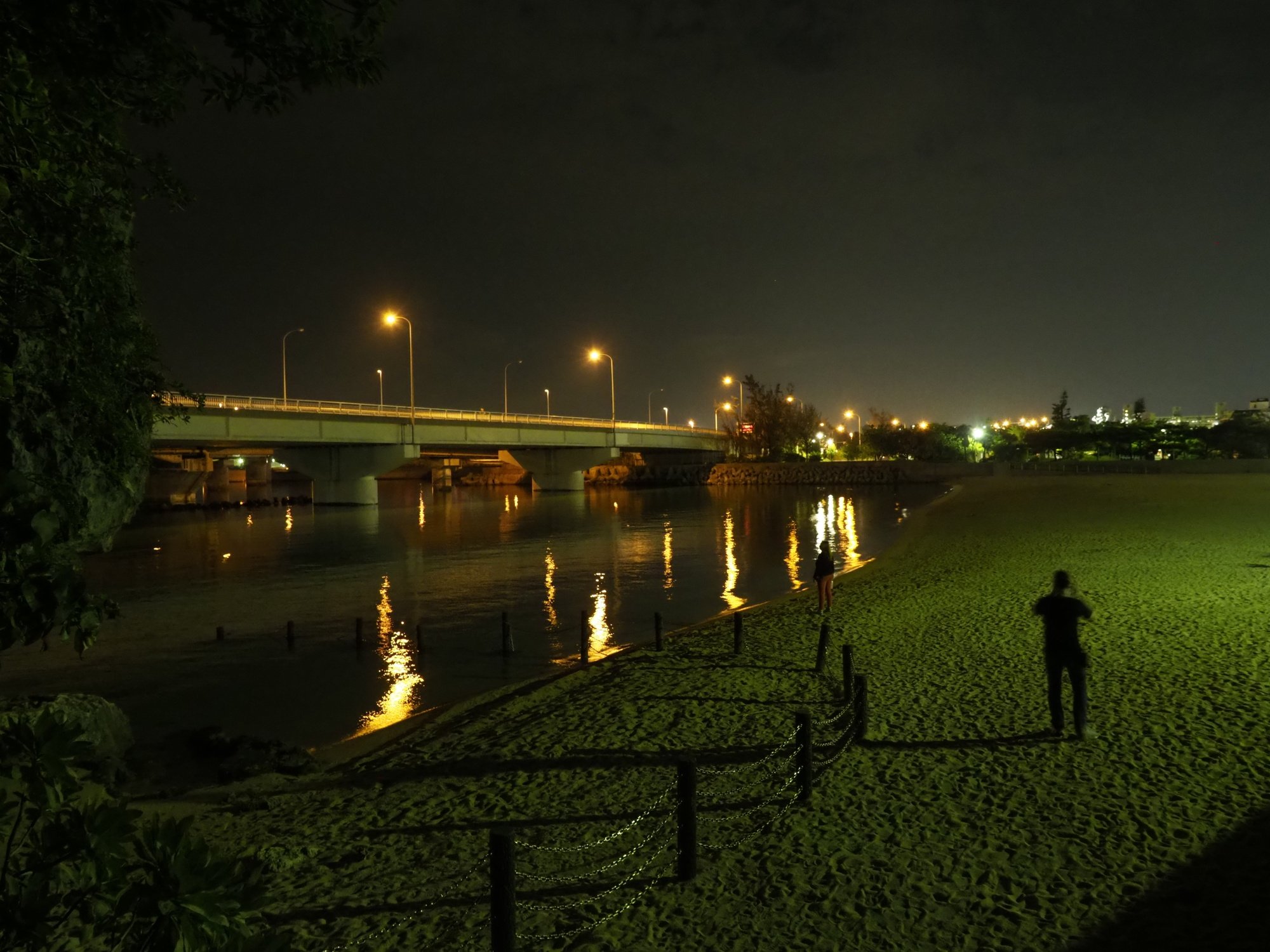 After that we made our way back to the hotel to get some sleep.