This time a bit later we started off to Arashiyama. Less for the shrines which are available in abundance but for the bamboo forest. 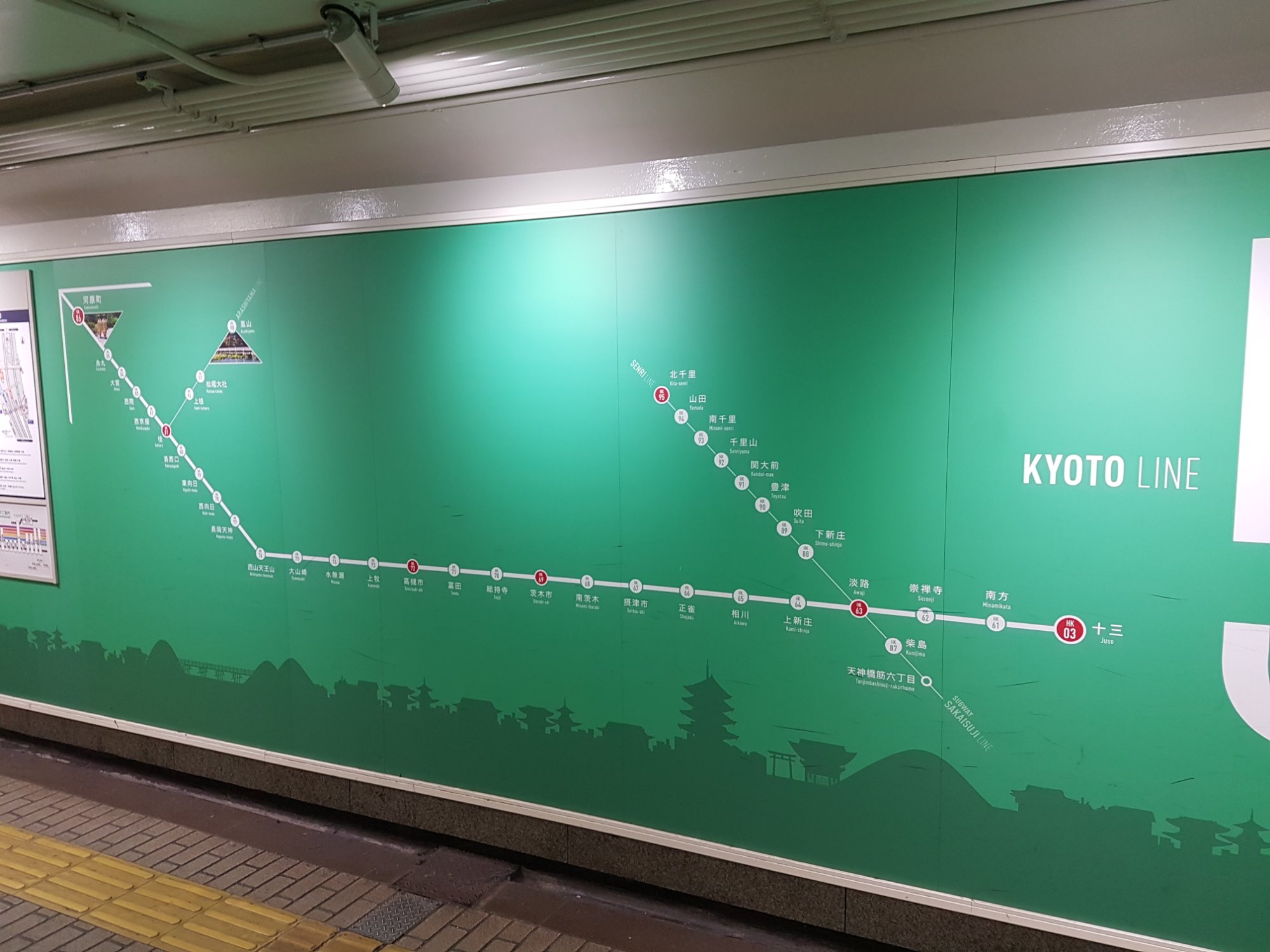 So let’s try get onto a train on the second stop and find some seats because even though our train is an original express line it still takes quite a while until we have to transfer to second line which takes us to our destination after 10 more minutes. 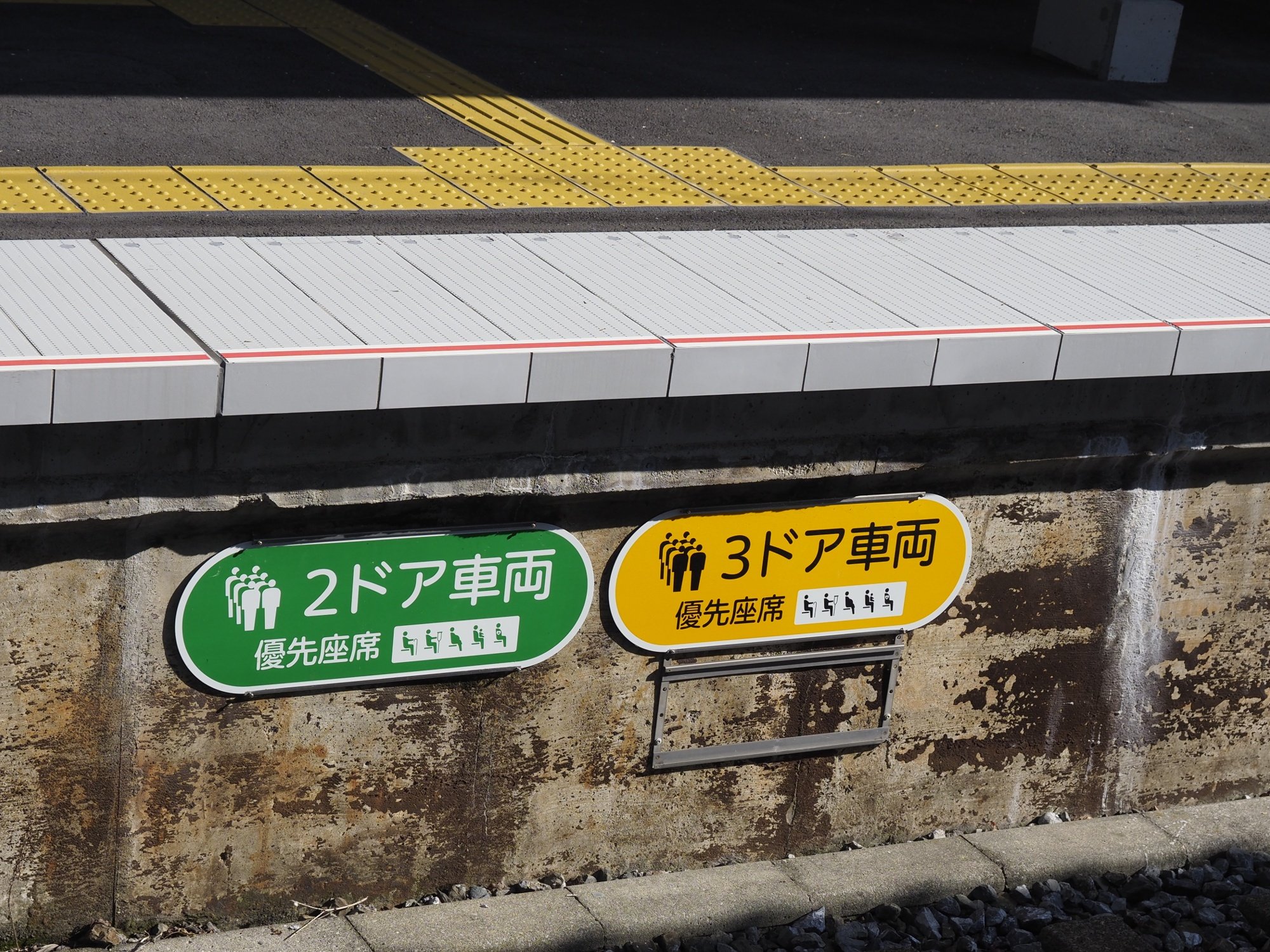 And all of that still covered by our trusty 3 day pass. And lucky blokes that we are we do manage to get seats. On the first one in the usual configuration with benches to the sides but the second one even has some seats the “usual” way.

Arriving at the station we are greeted by a procession with two characters and members of the fire brigade in attendance. At the back an all female marching band. 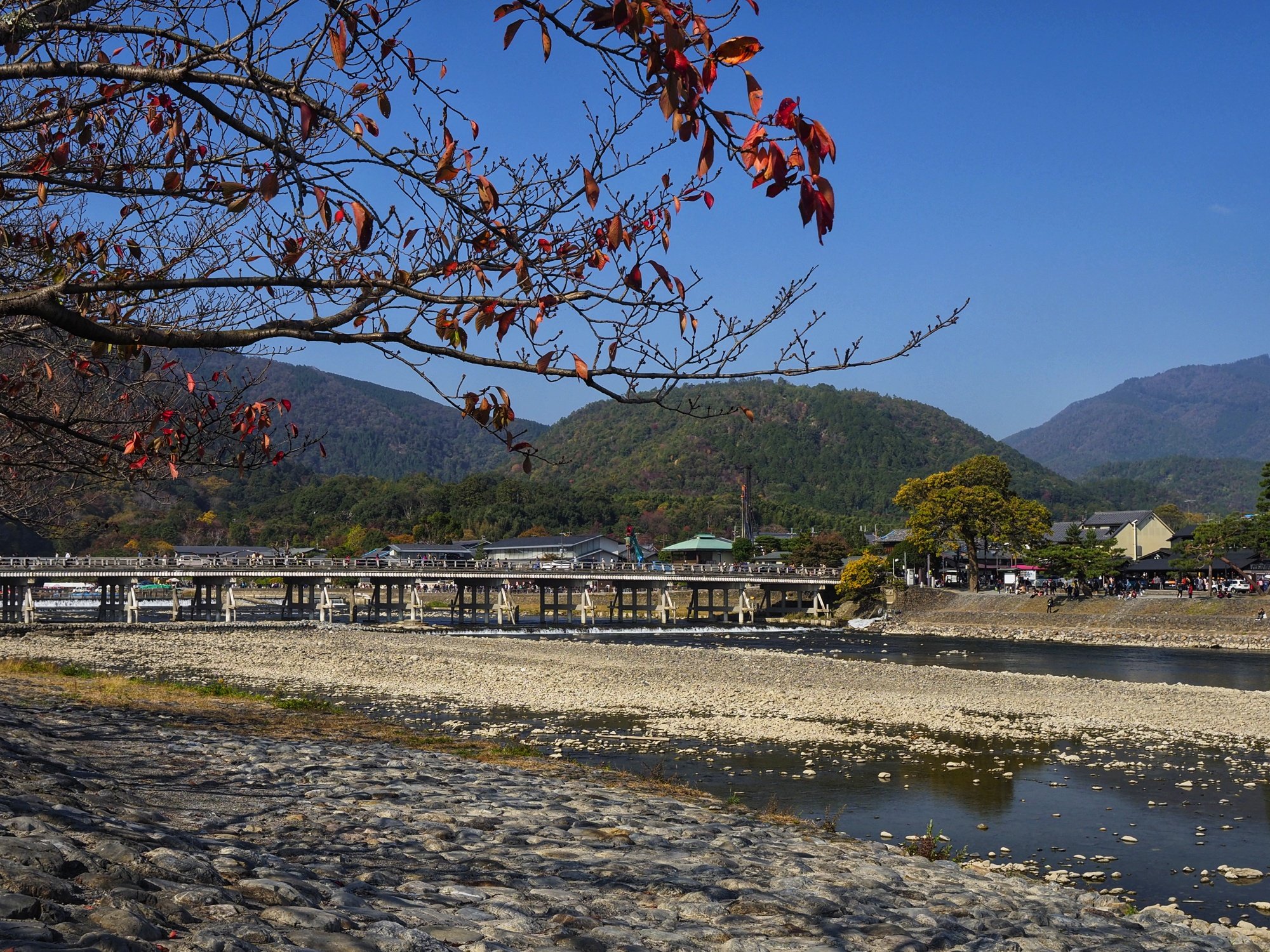 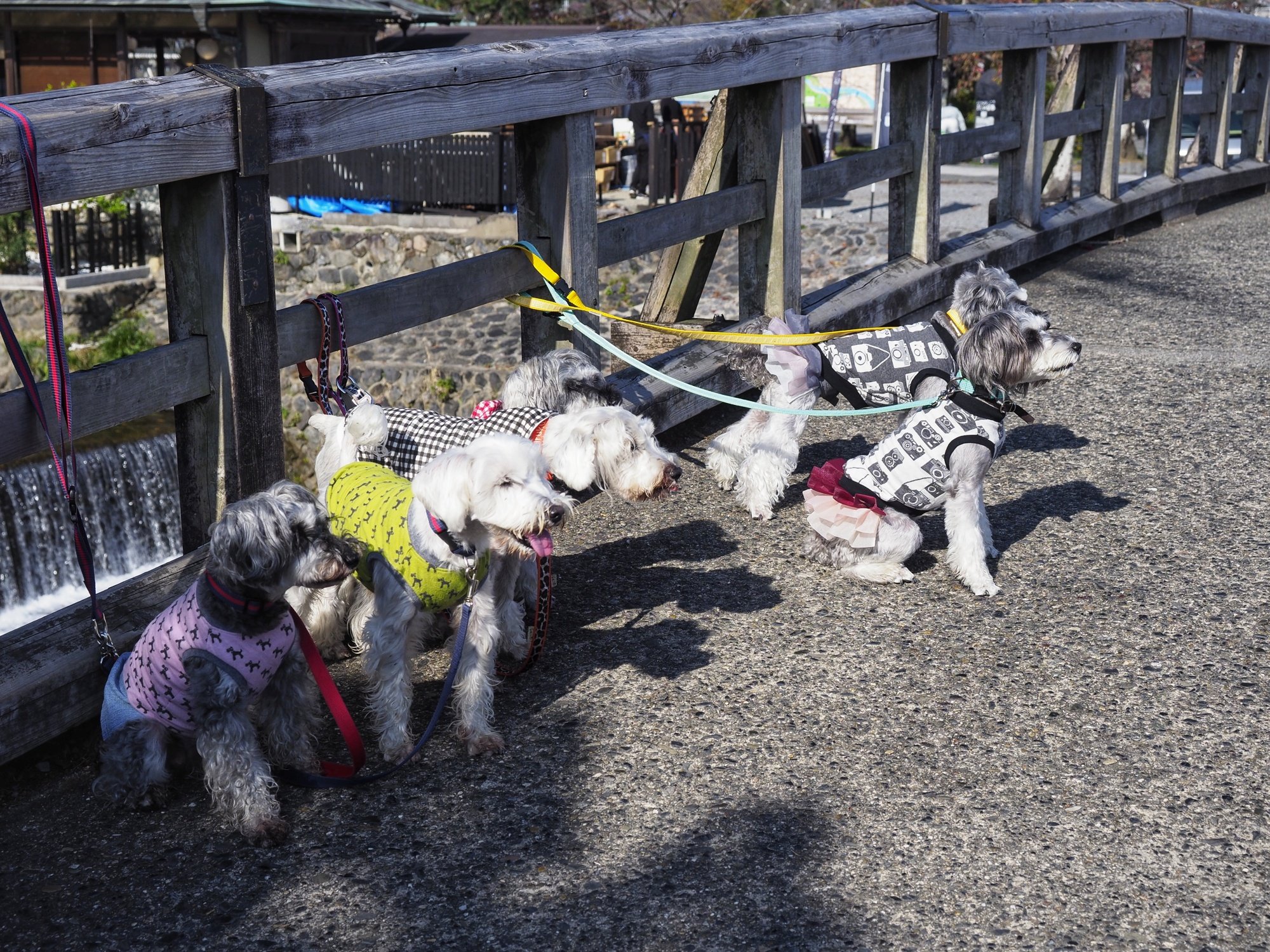 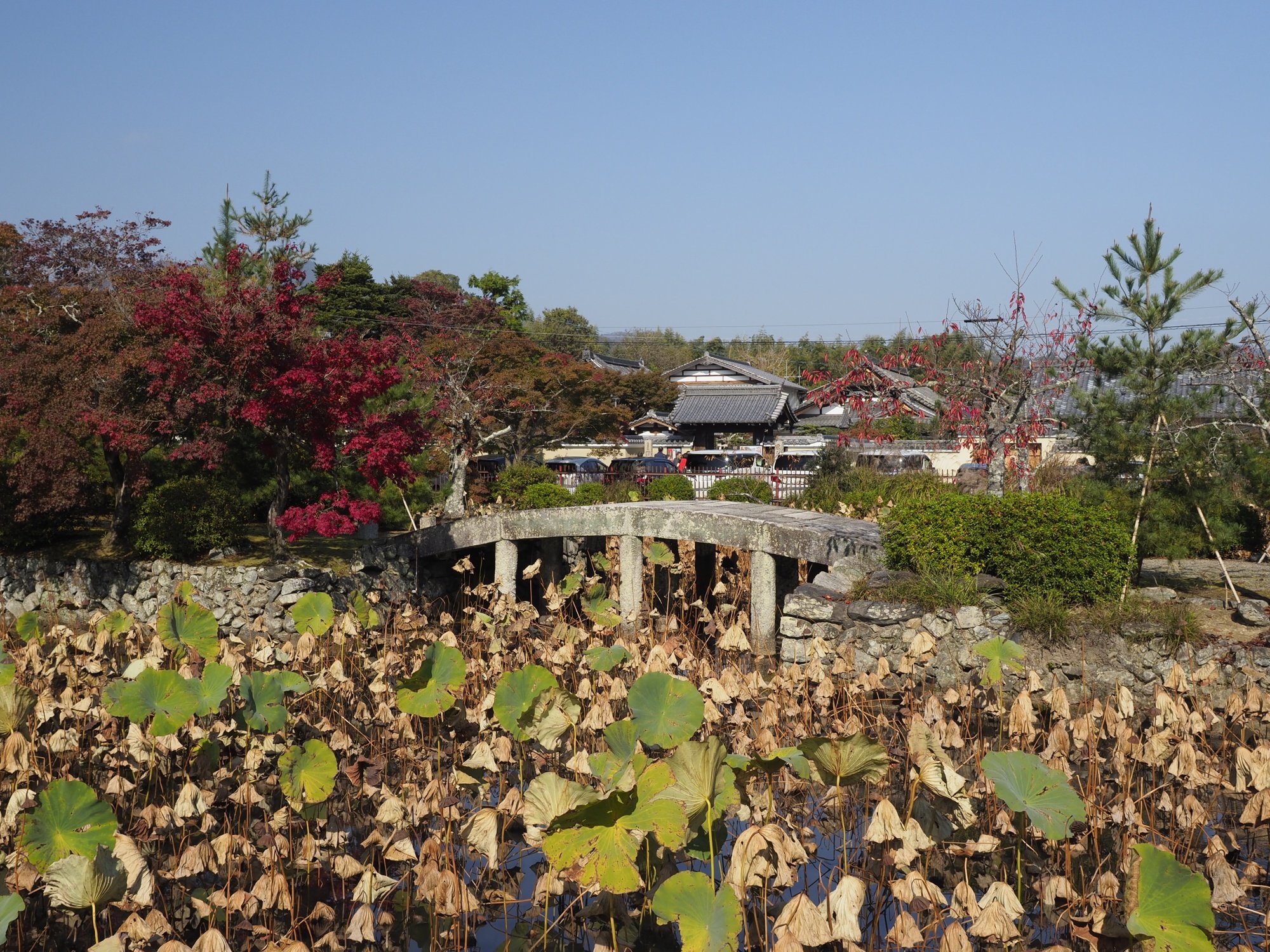 And of course loads of other tourists. So at a slow stroll with the masses to the bamboo forest. It actually just consists of one road where the tourists march on. 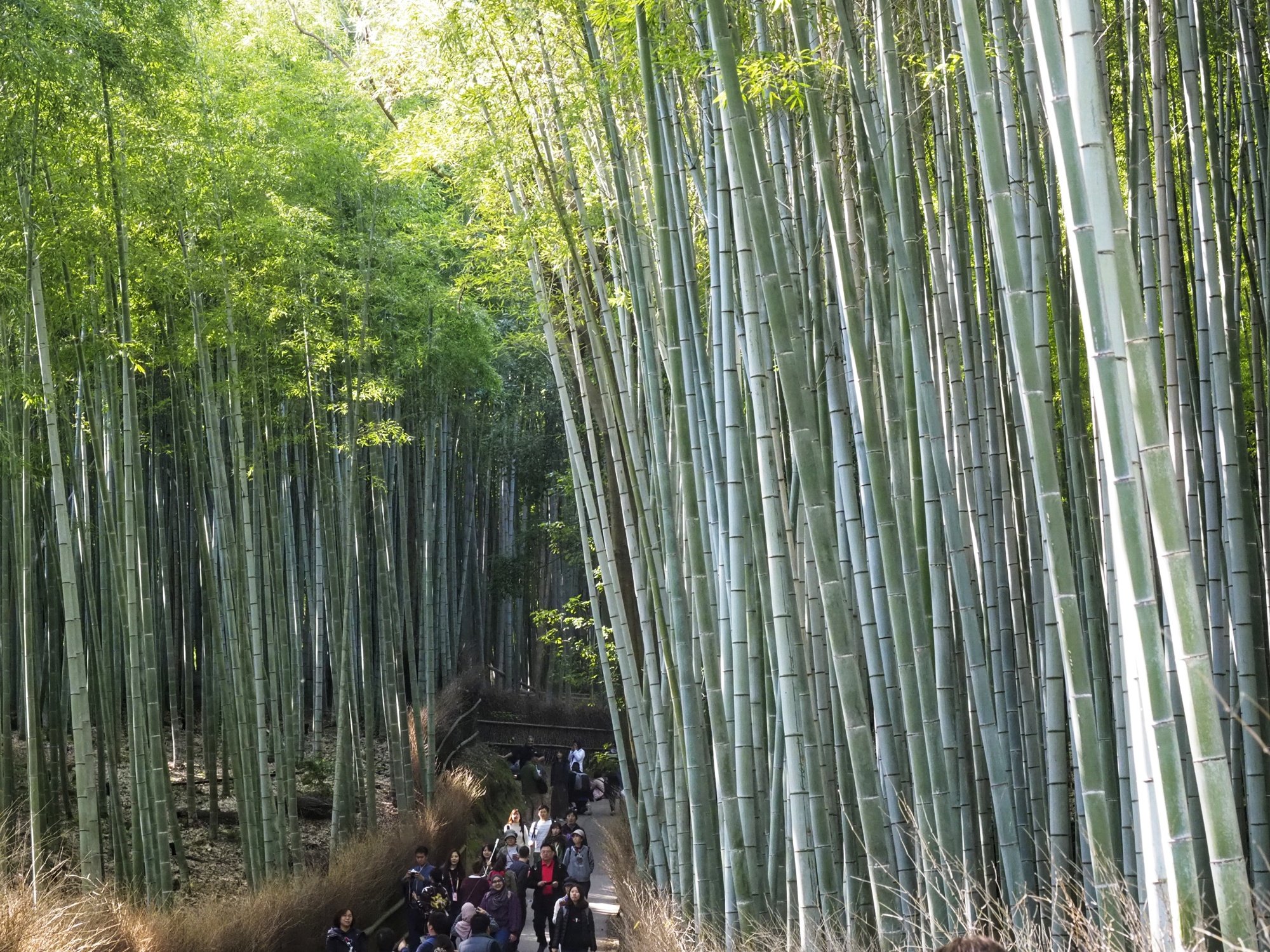 This picture show a definite lull in the masses coming through the bamboo forest.

The way curves up some so we made our way up the park after and got a nice view over the river to the small Daihikaku temple on the other side. The view must be breathtaking once the leaves turn red. 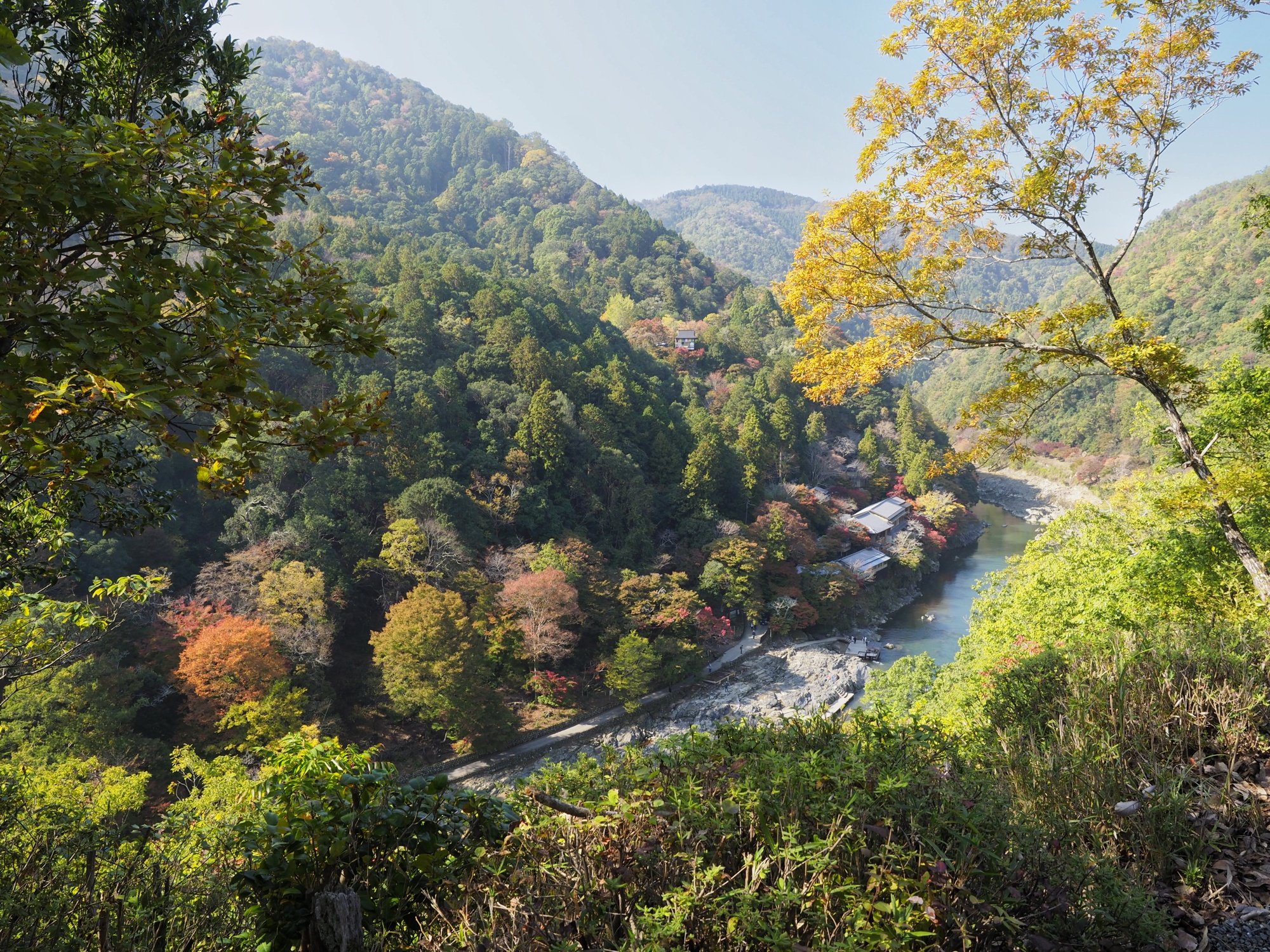 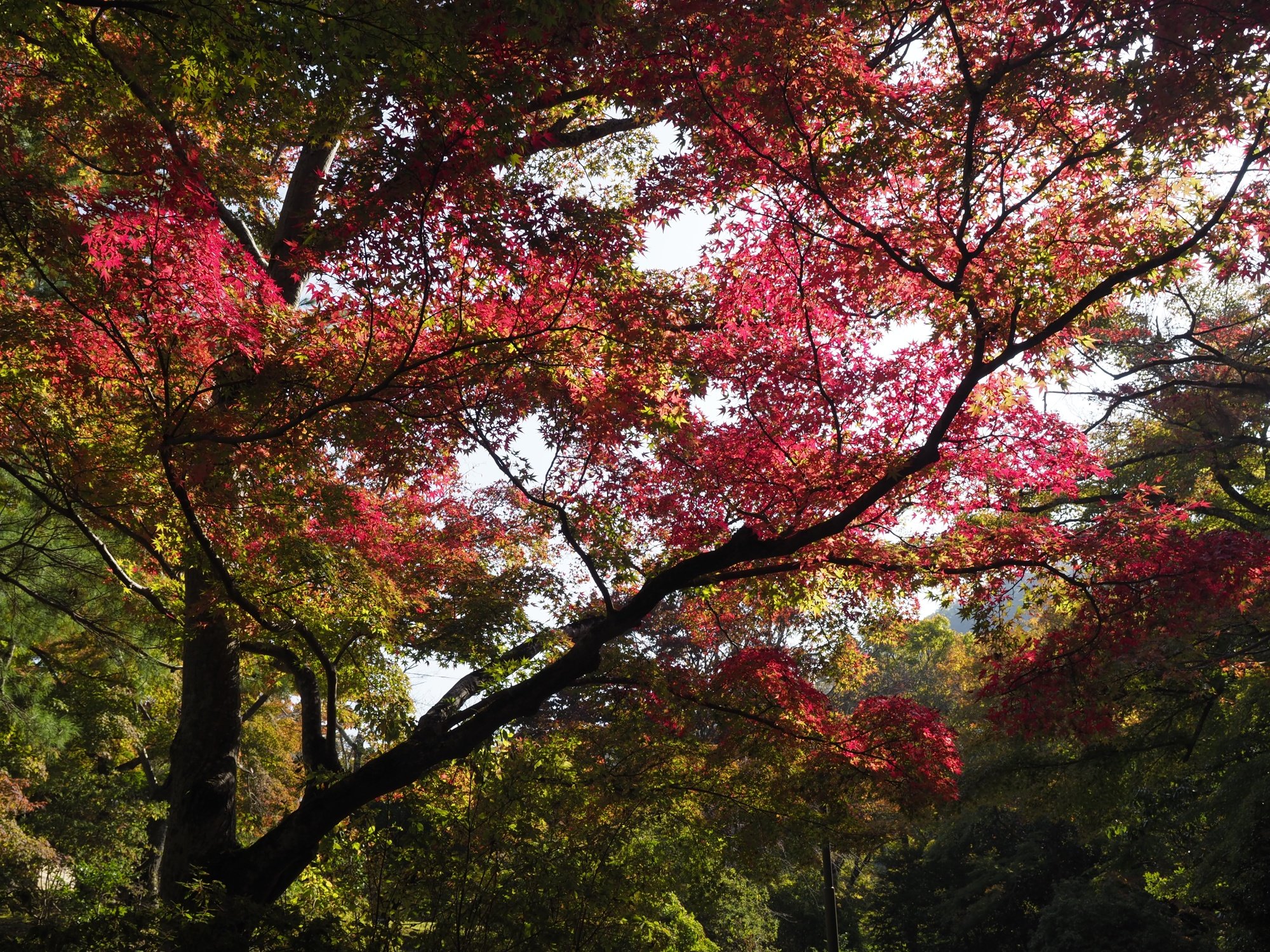 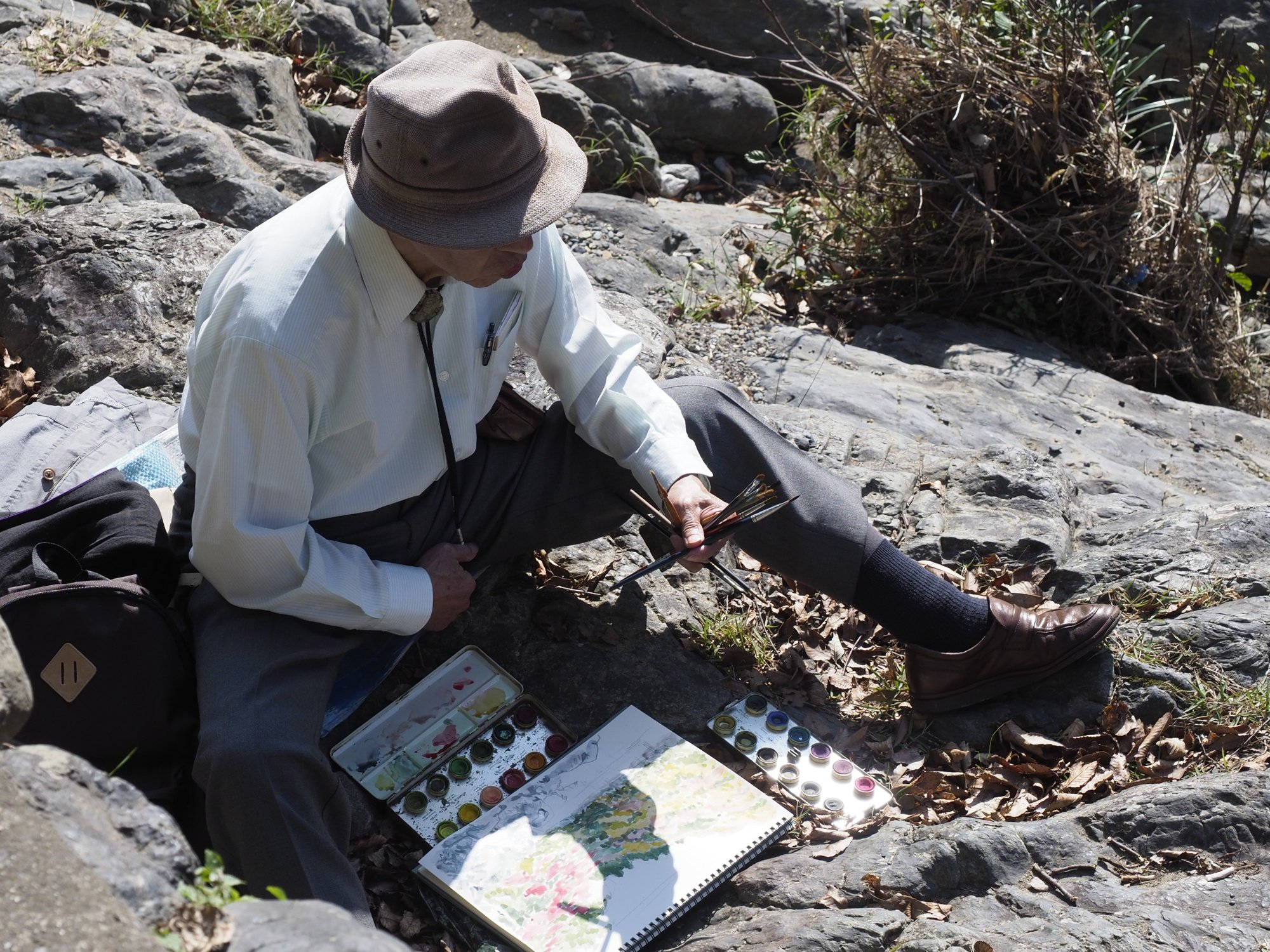 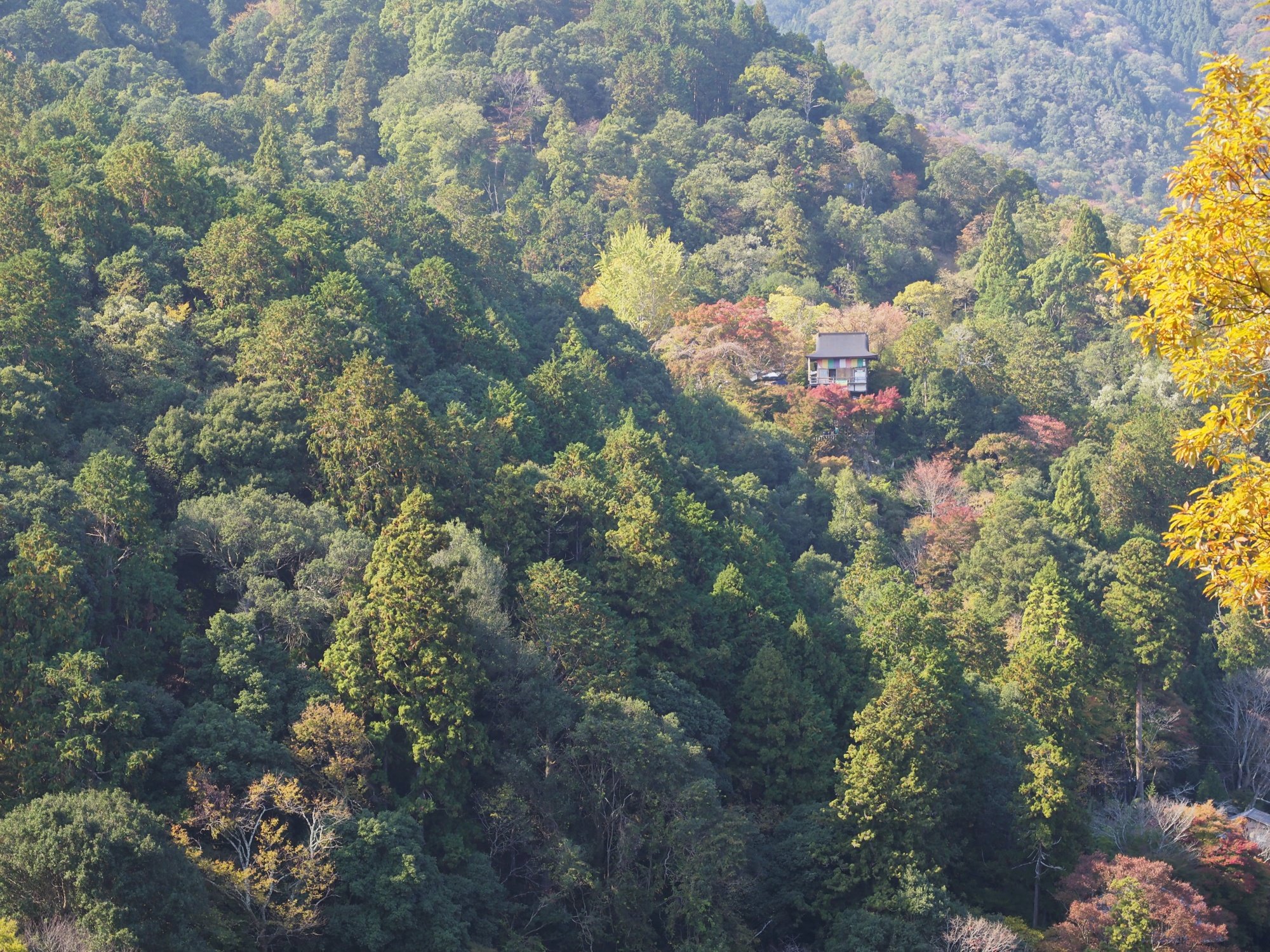 Down at the river some kind of ceremony was held with three different groups in costumes on floats.

It seemed to me like this was repeated a few times throughout the day. So more of a performance than a procession. 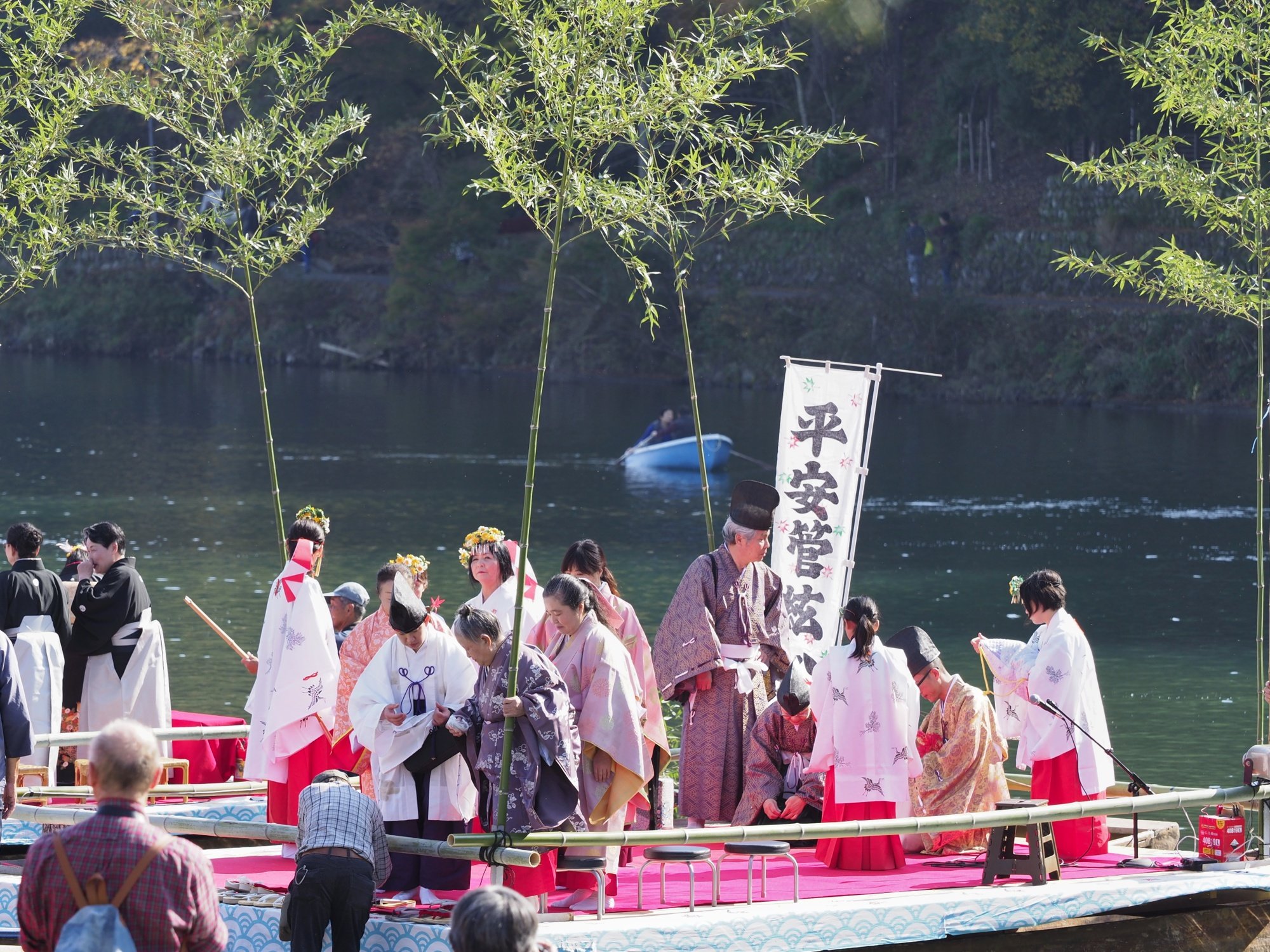 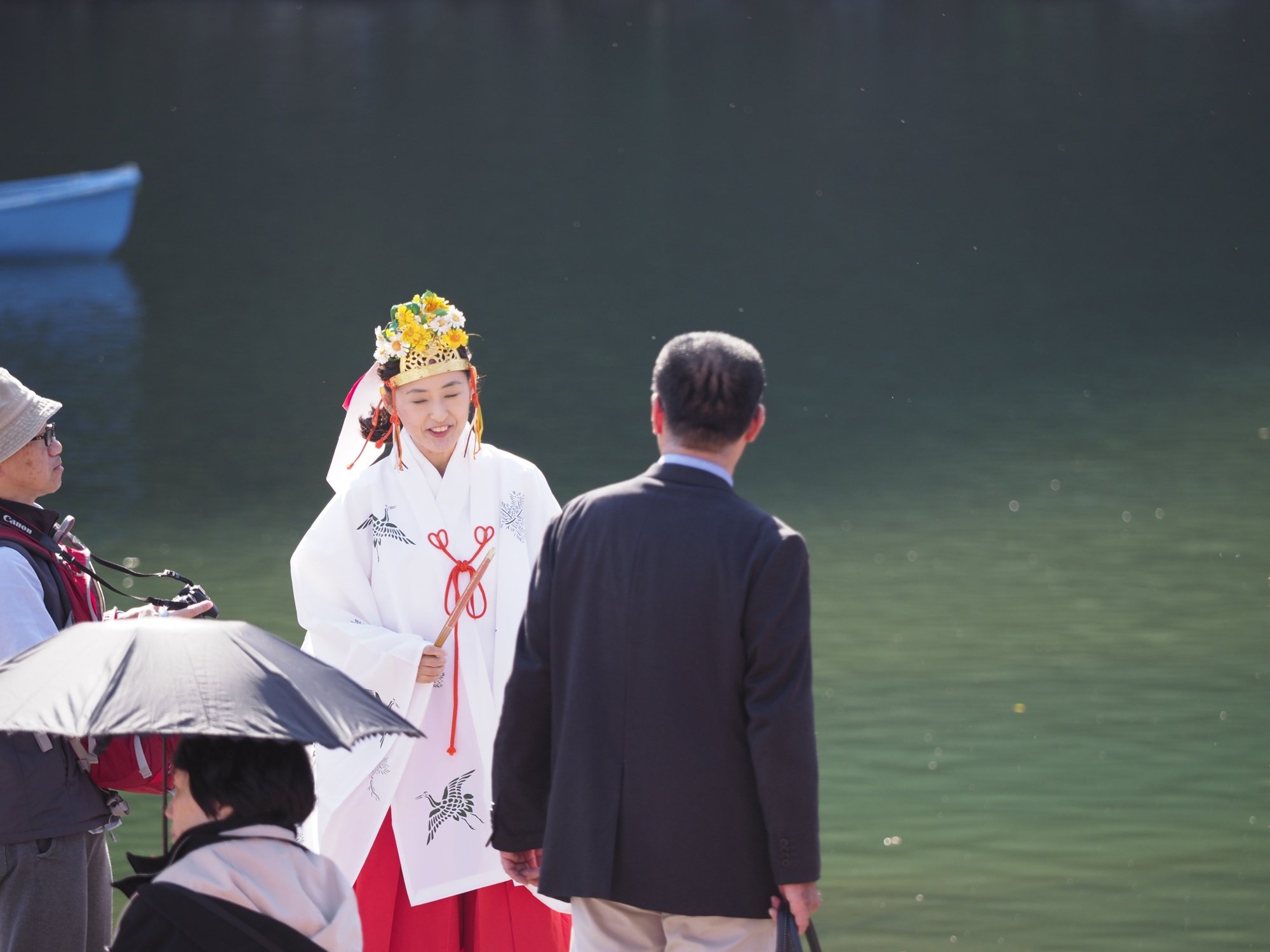 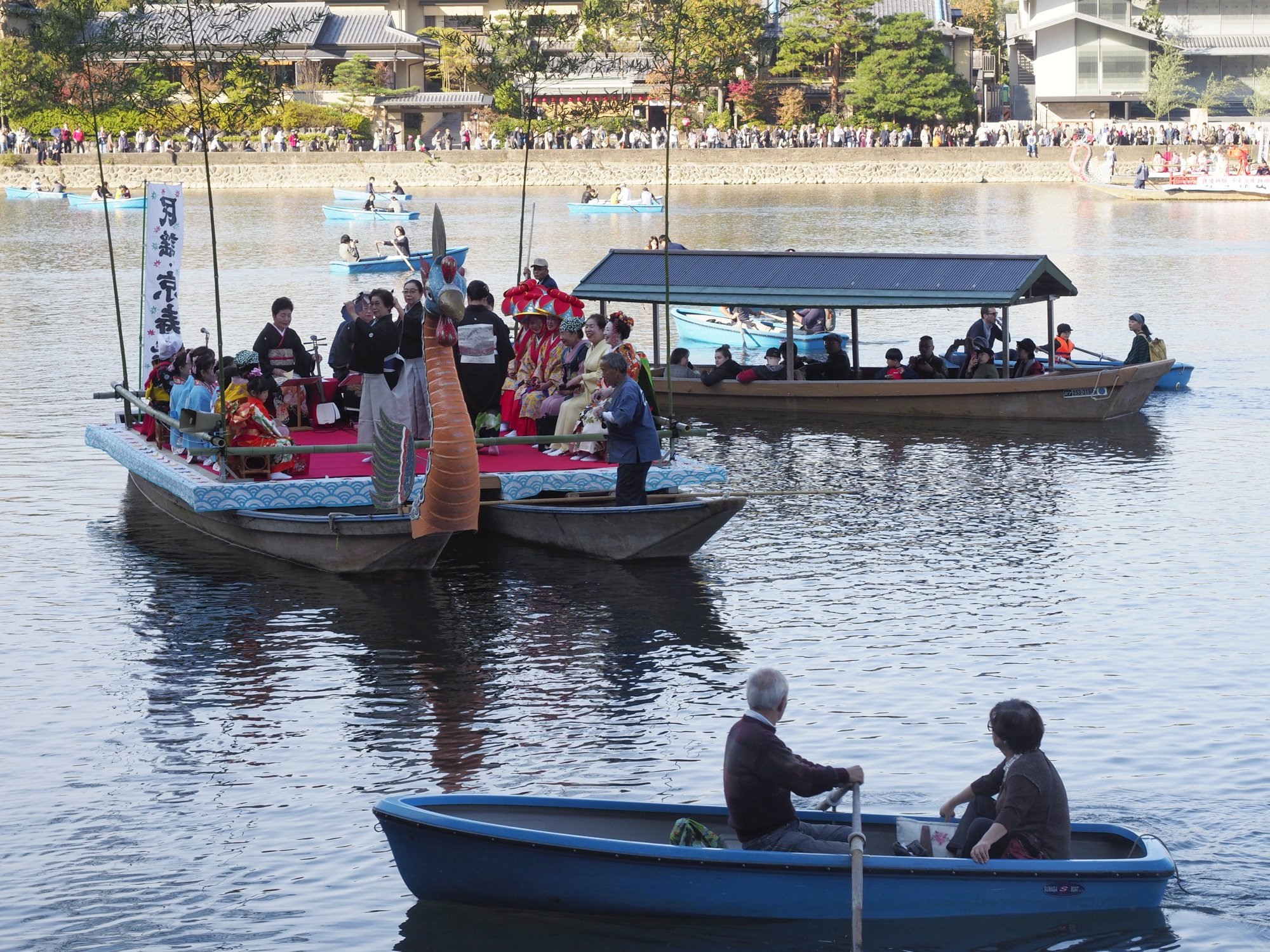 Our next stop was the monkey park Iwatayama. Here you can feed the local tribe with food provided by the park. Bringing in your own food is forbidden and you are only allowed to feed the monkeys from inside a hut while they have to stay outside. Of course where there is an abundance of food others want to get a piece of the cake as well. So there besides internal power struggles the alpha is always on the lookout for intruders. And short fight erupt all the time. 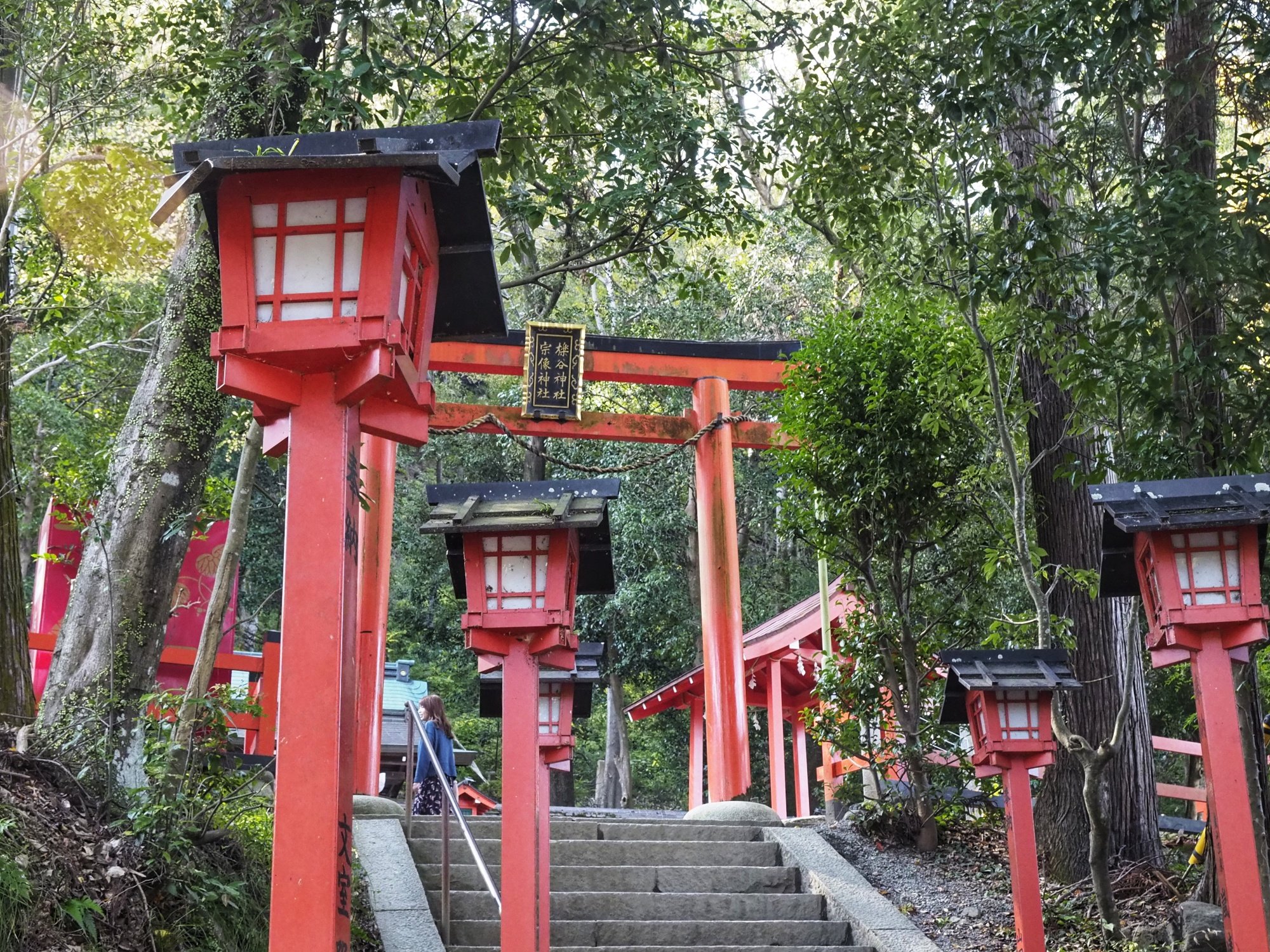 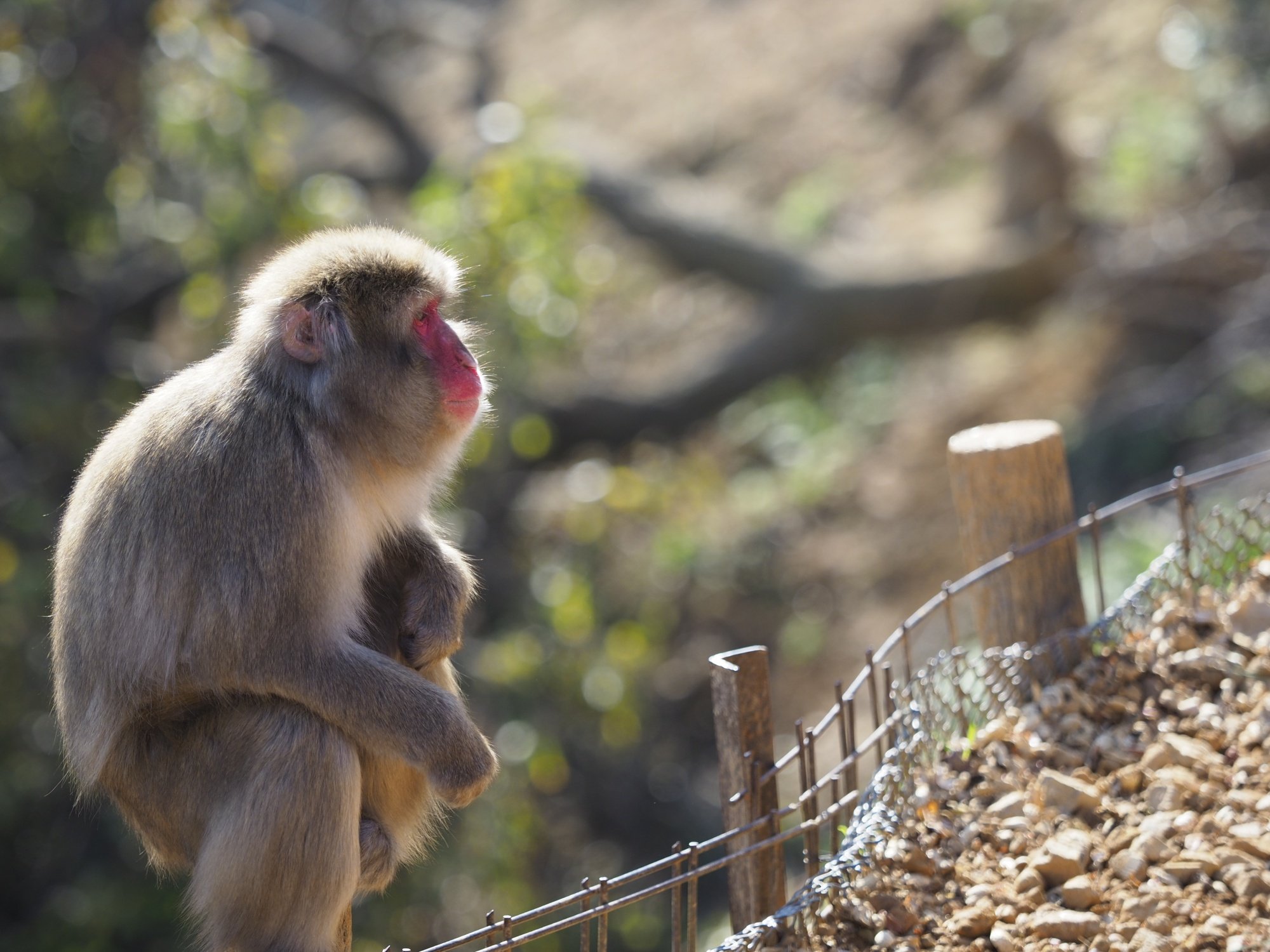 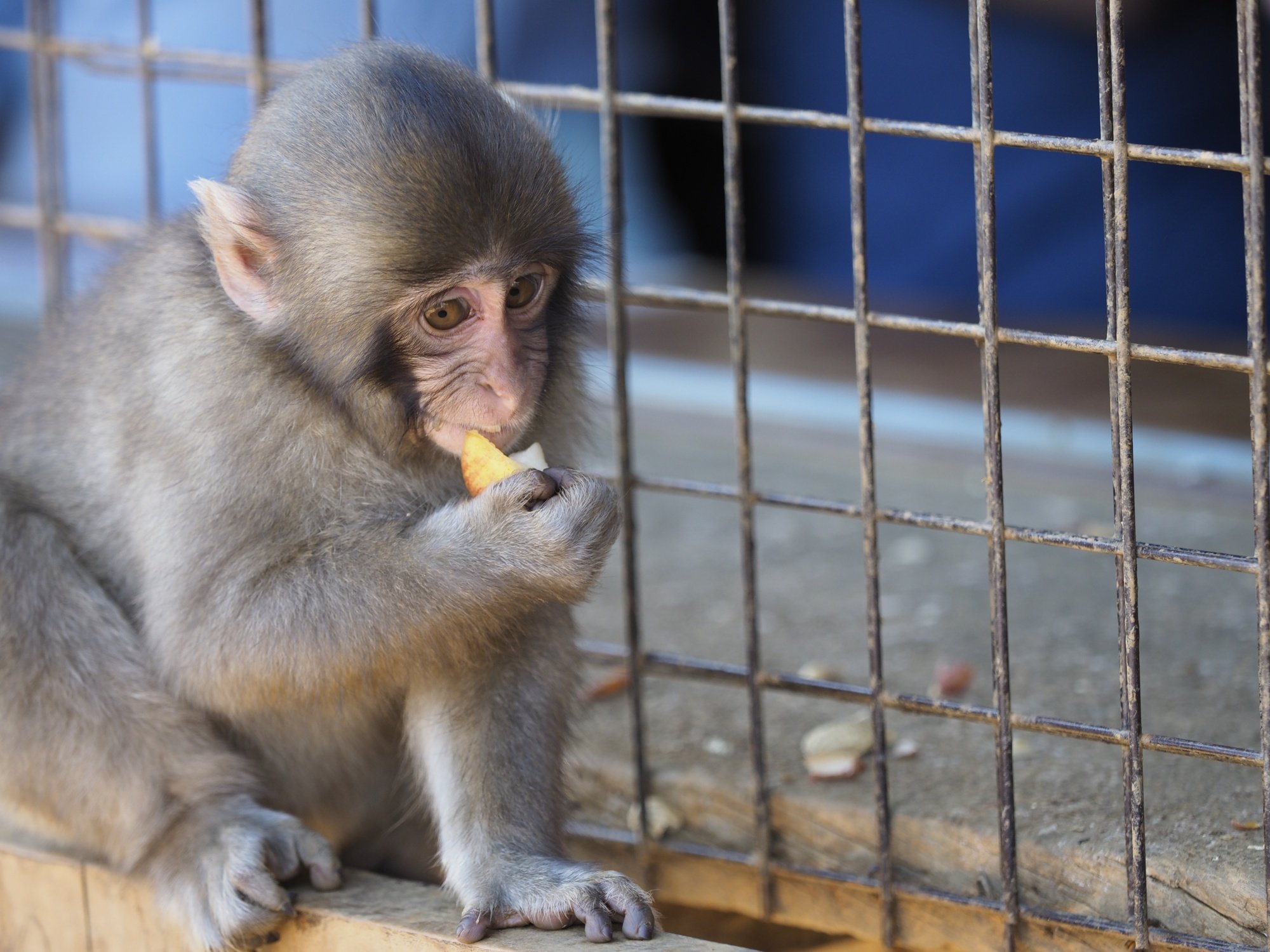 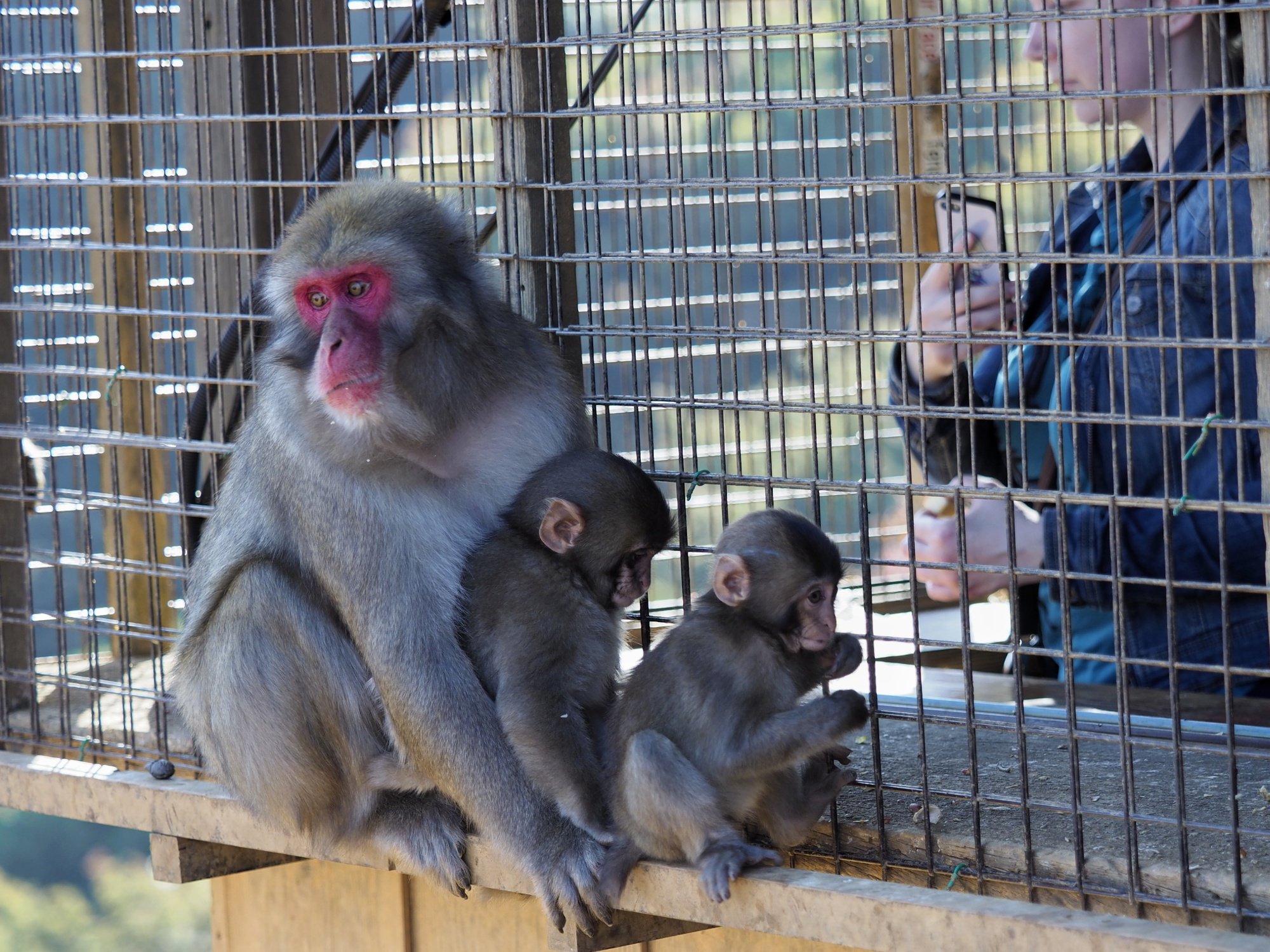 On the other hand there is grooming and child bearing going on as well. 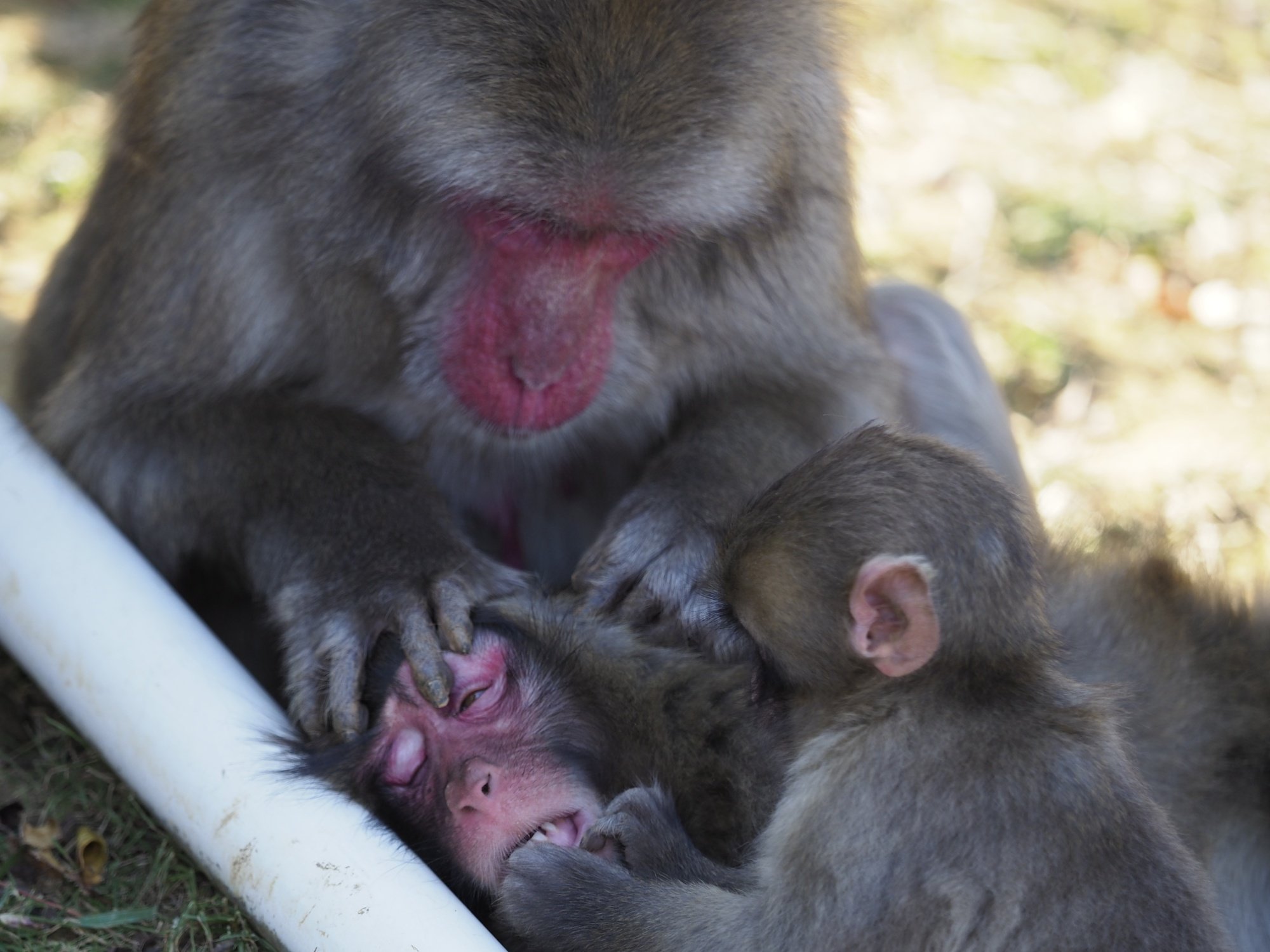 If the monkeys are not of interest to you the mountain still provides a great view over Arashiyama and Kyoto. 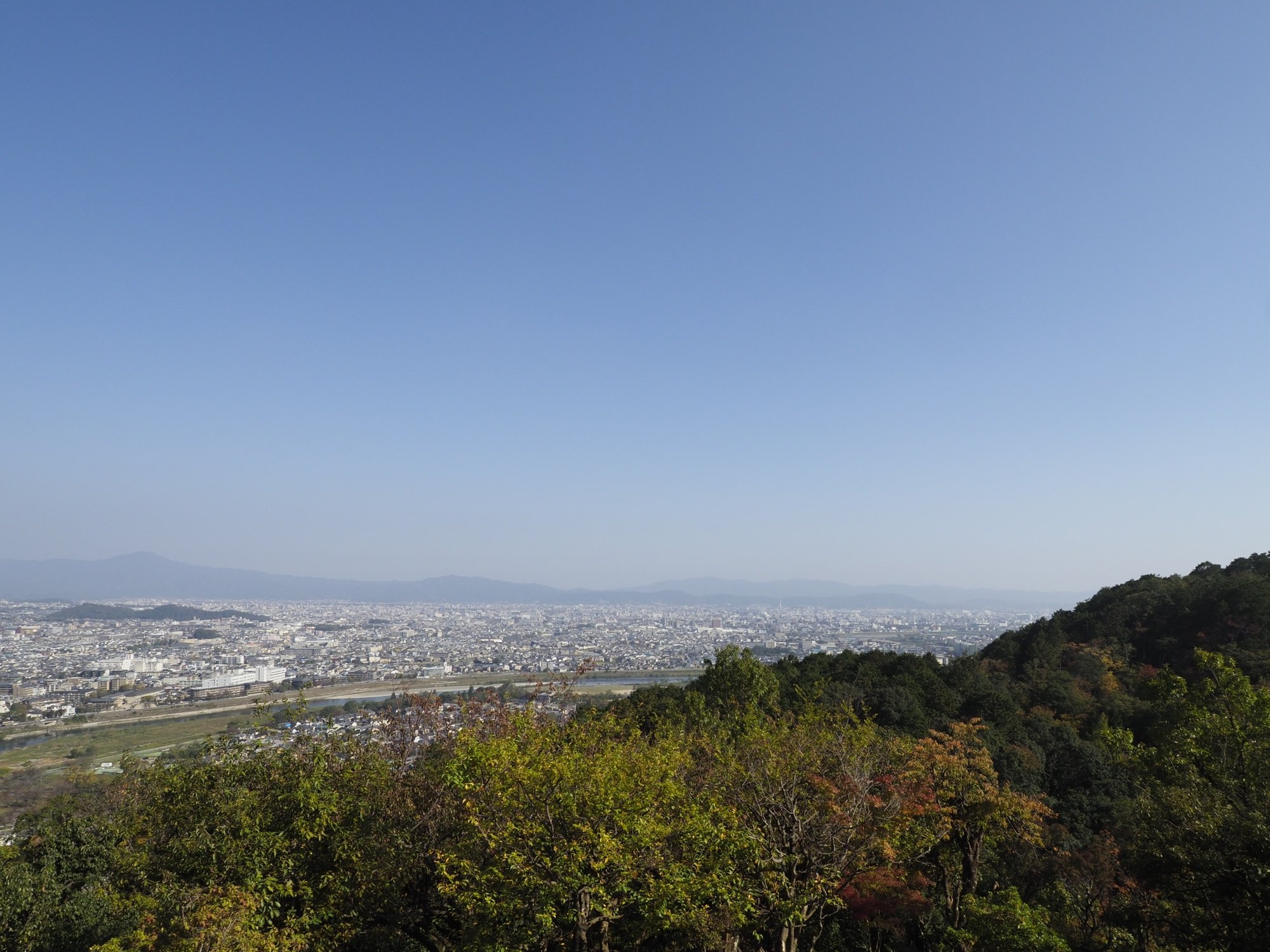 To get a bit more of the tourist locations in we hit Gion next. This old part of where Geishas and Maikos are active is active at day and night. It just depends whether you want to go through the small traditional streets and visit the shrines and shops. Or if you want to visit the restaurants and bars at night. The chance to get a glance at one of the entertaining ladies is way better in the evenings of course. Rented out kimonos on the other hand can be seen quite a lot. 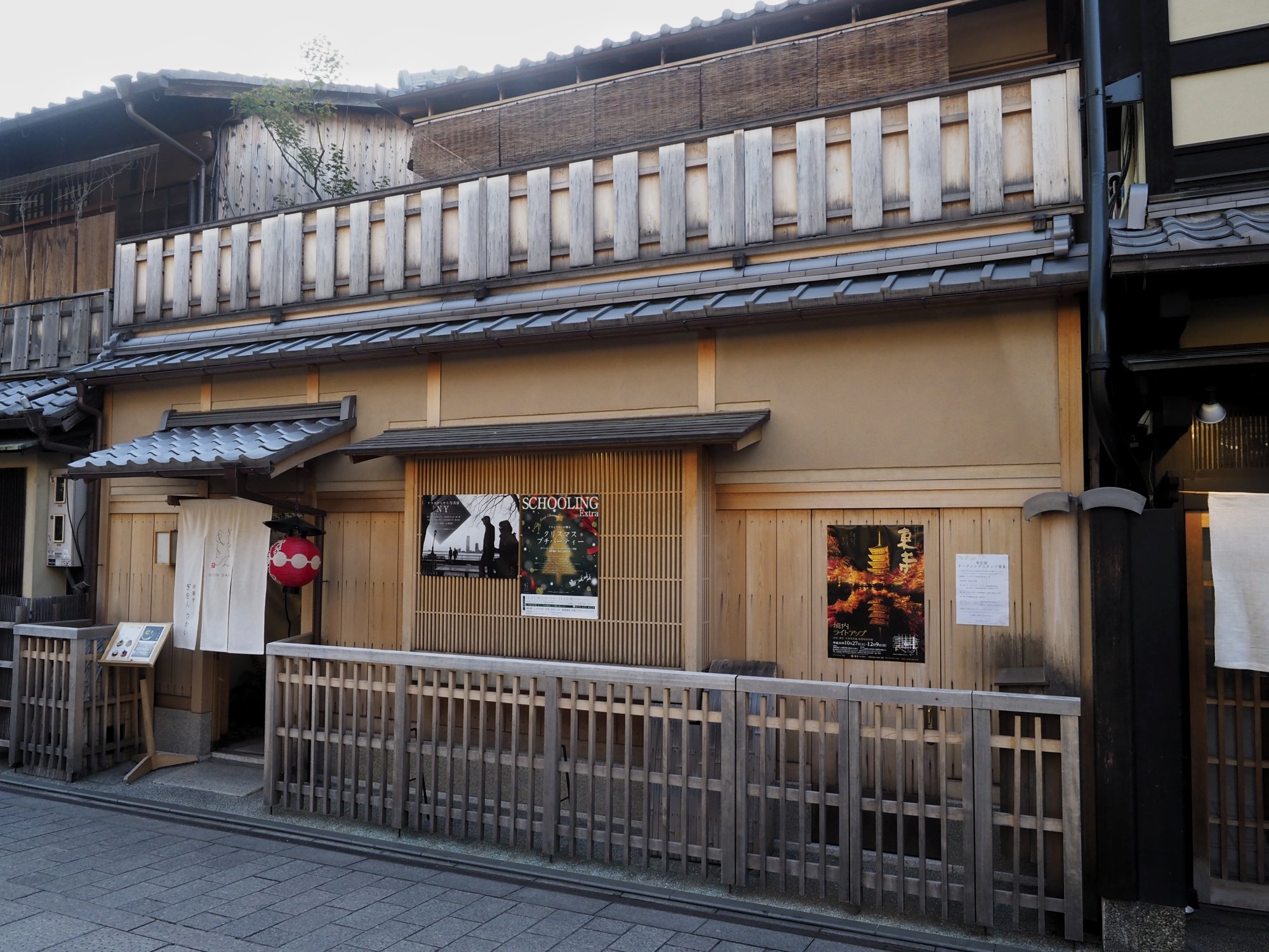 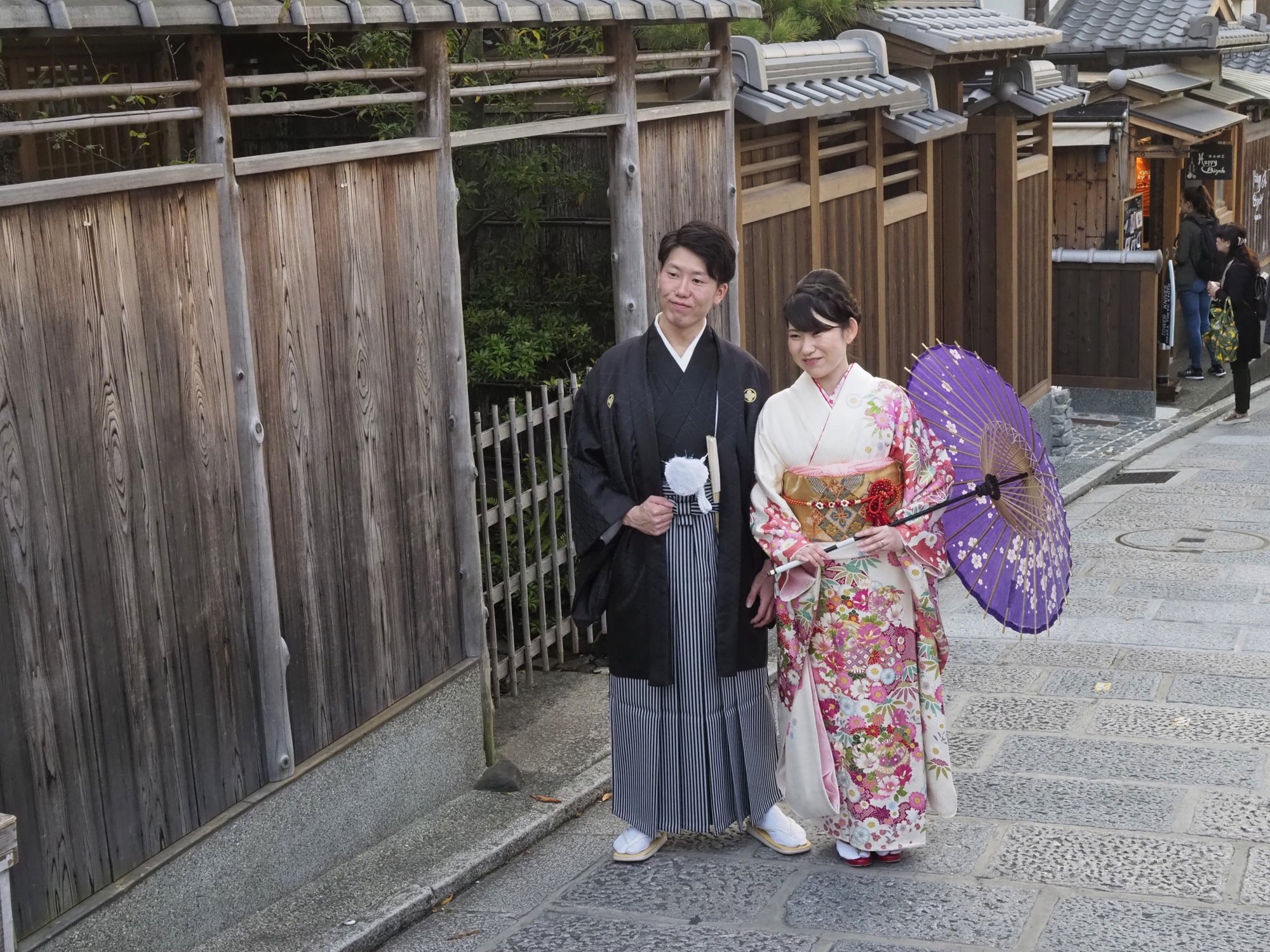 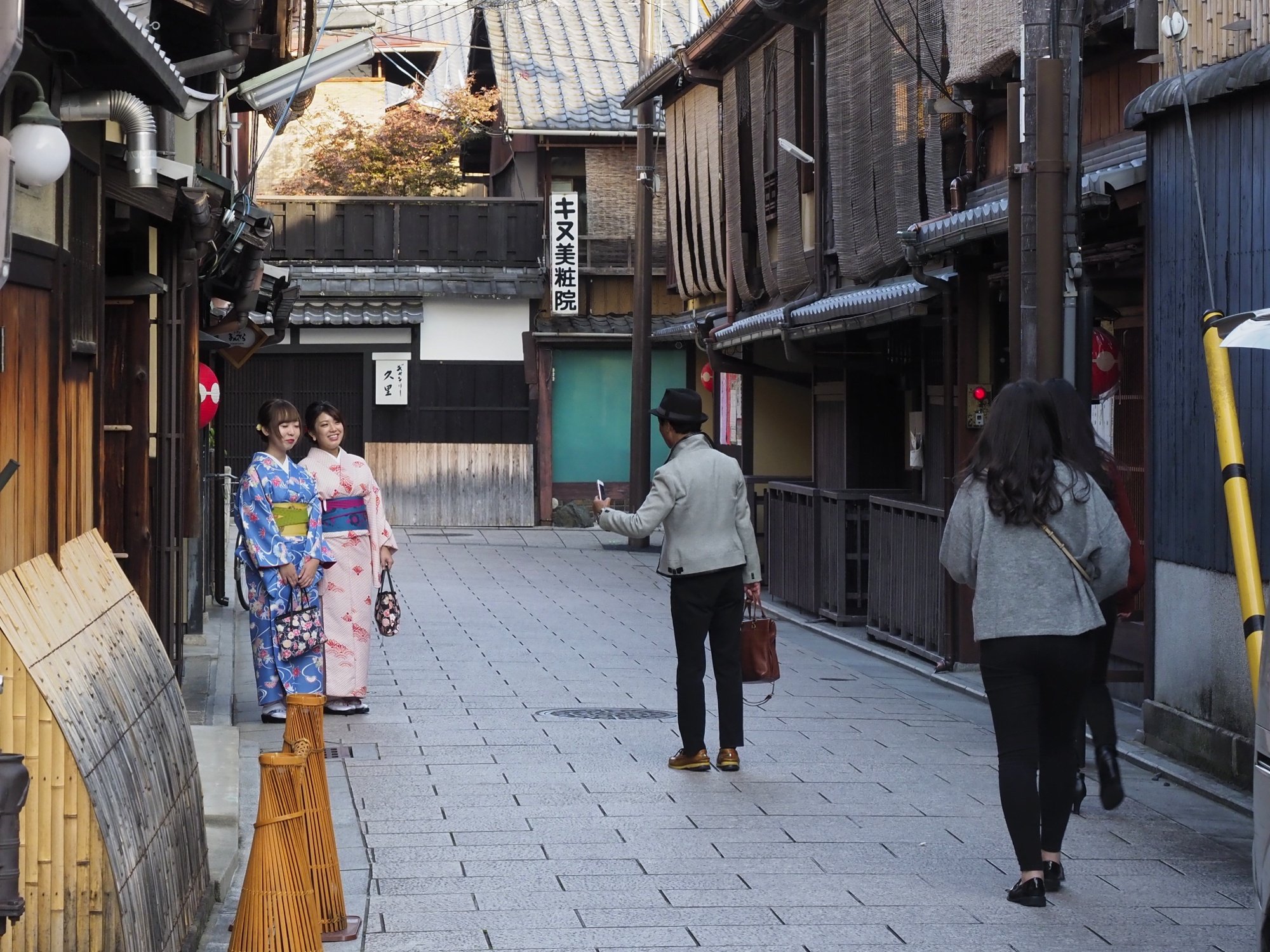 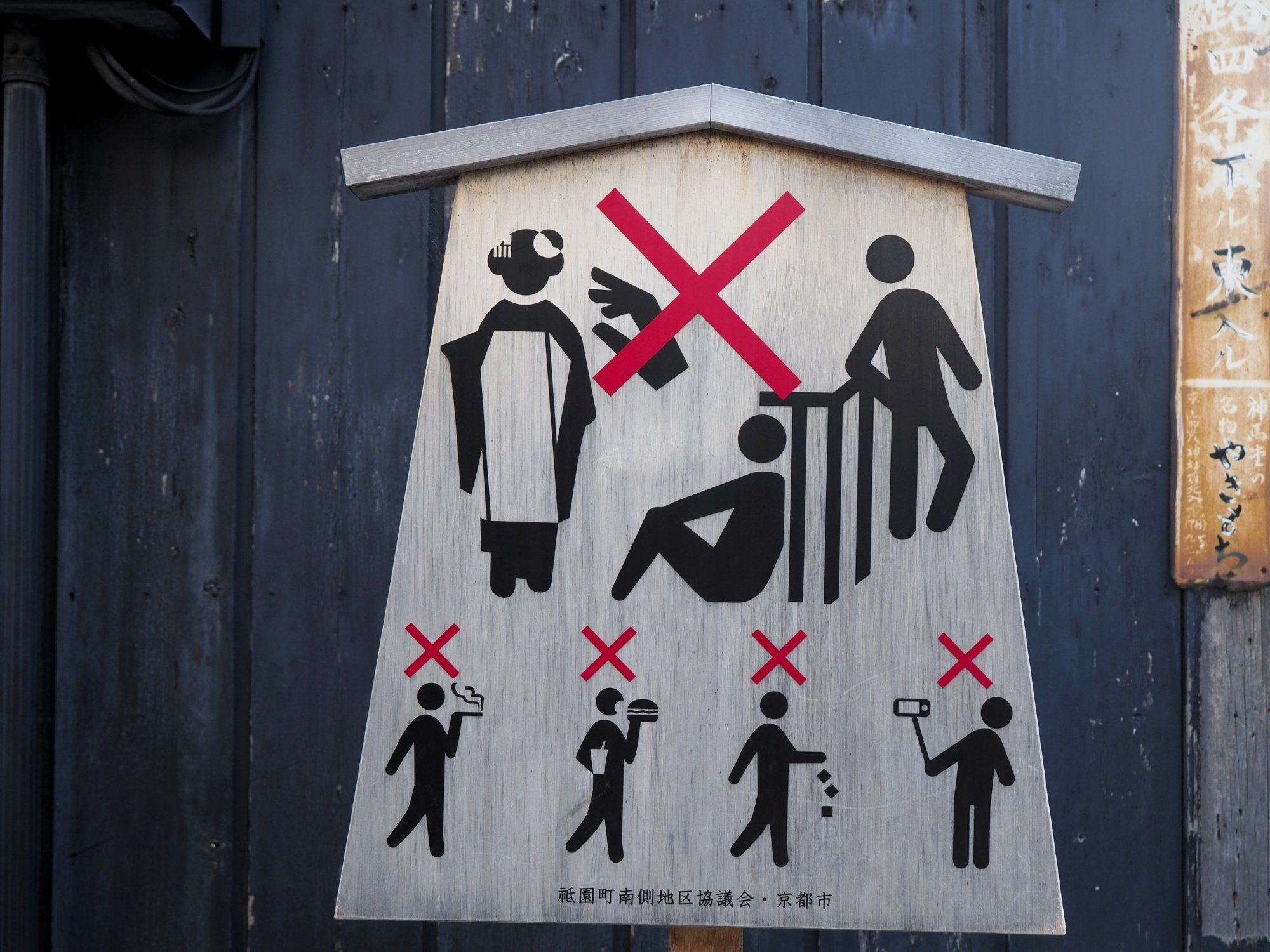 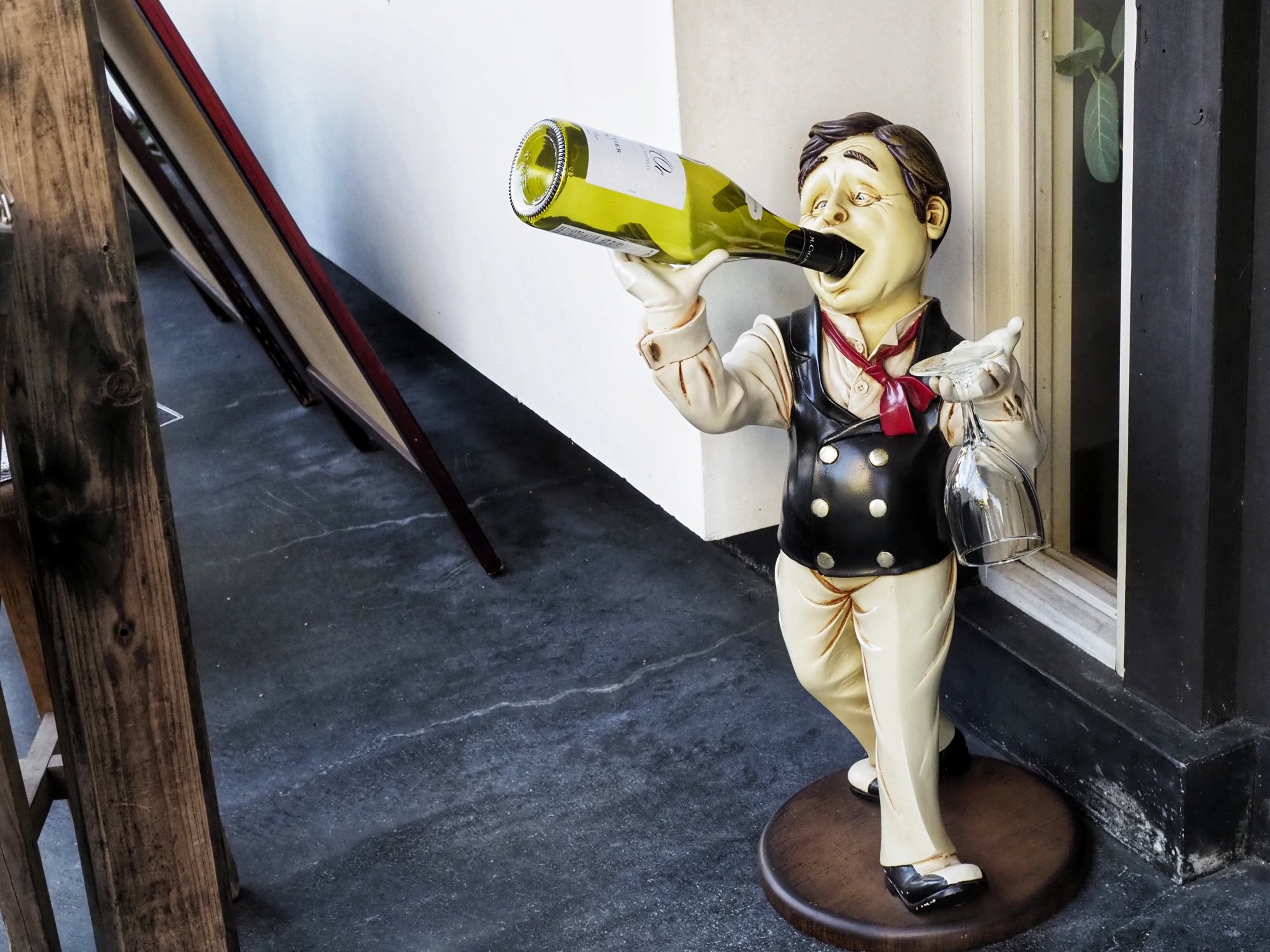 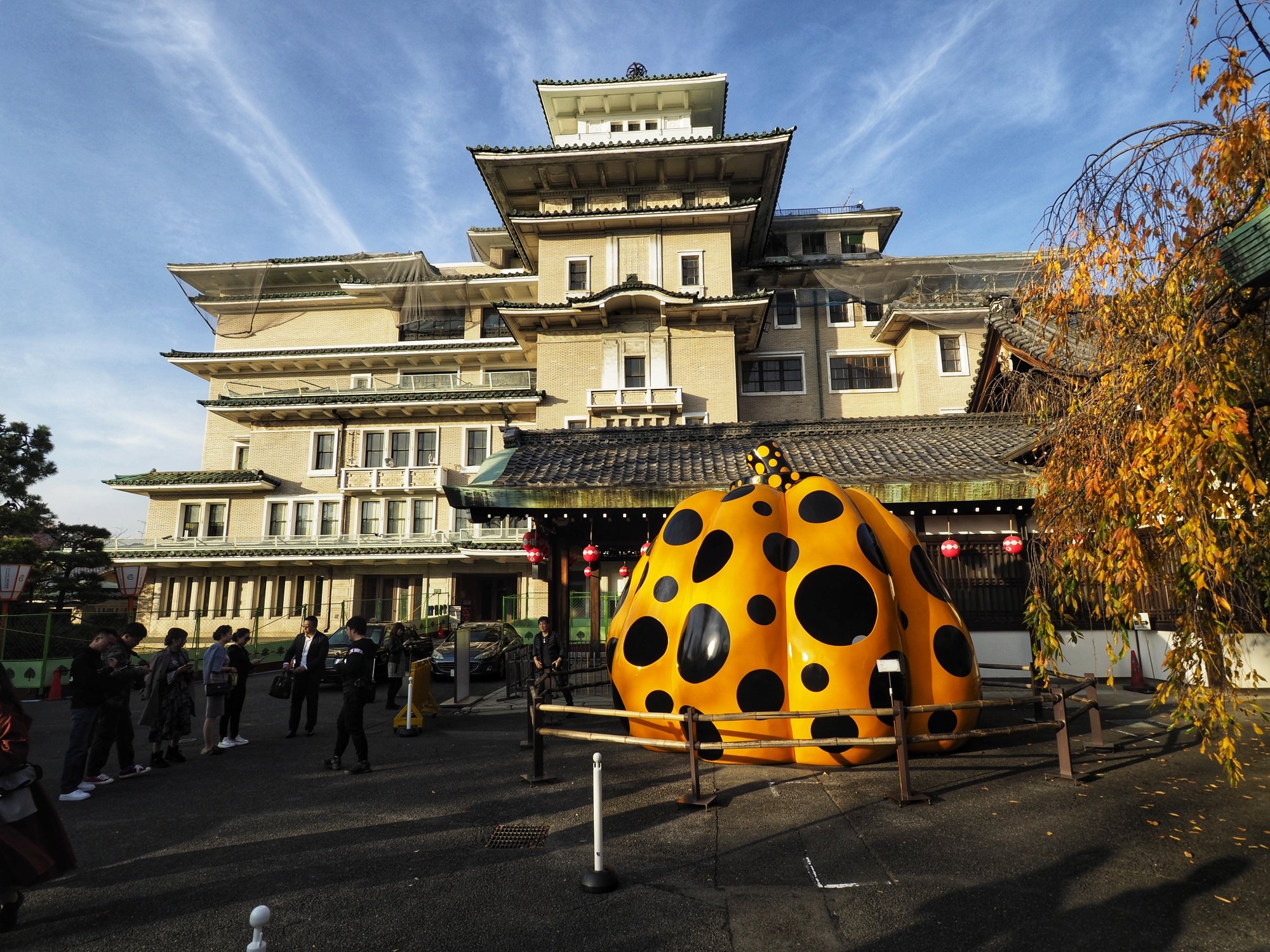 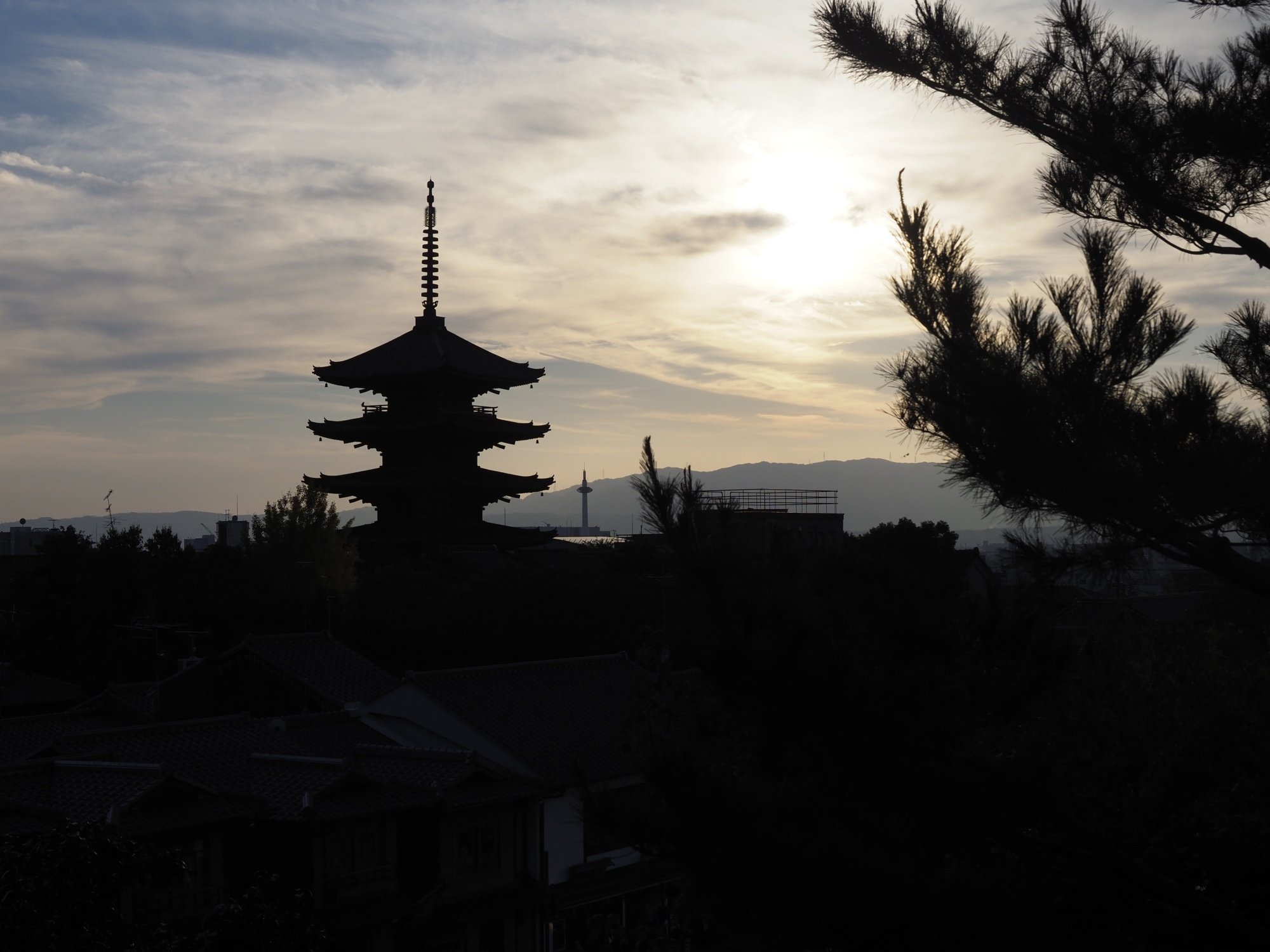 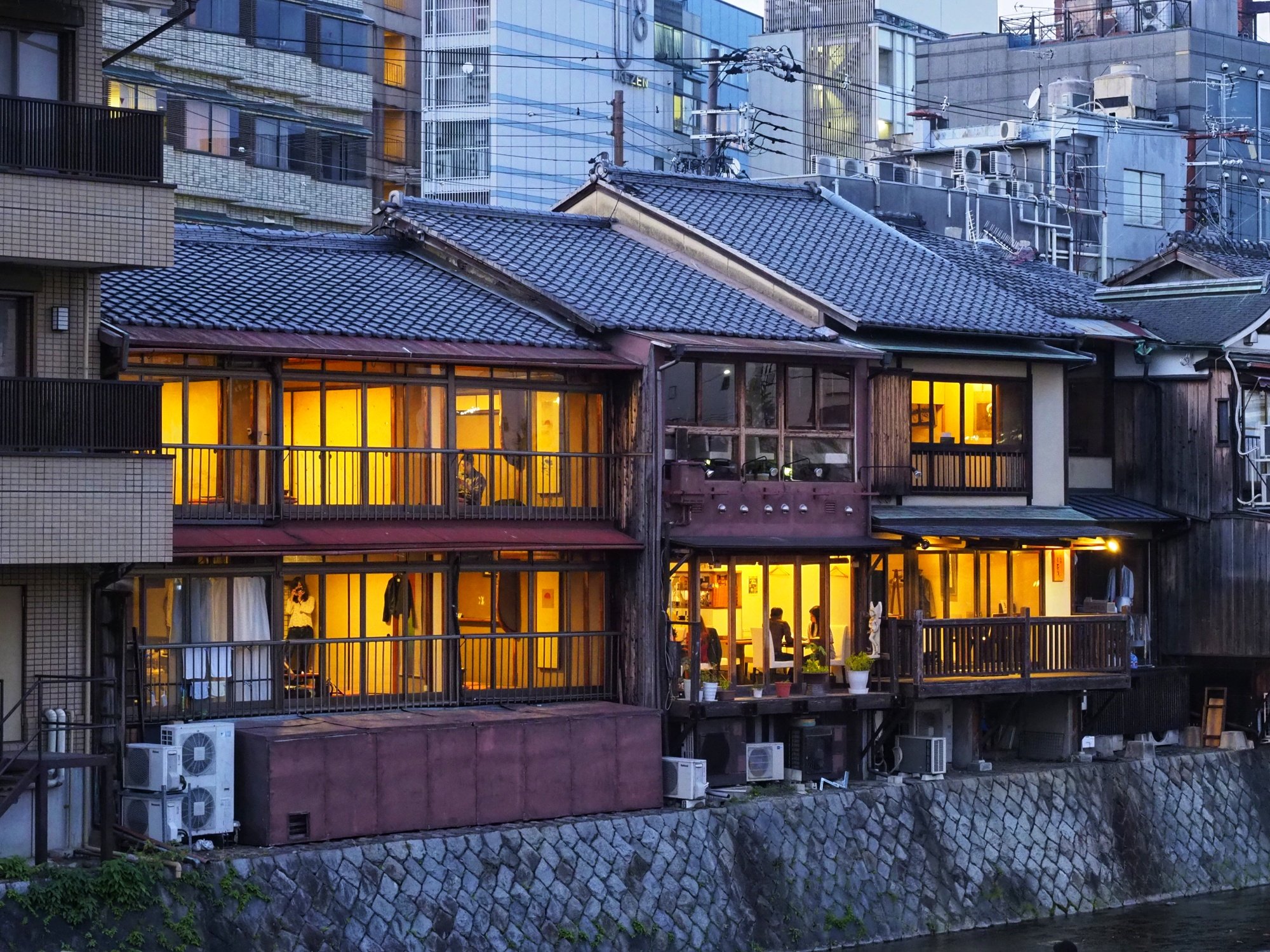 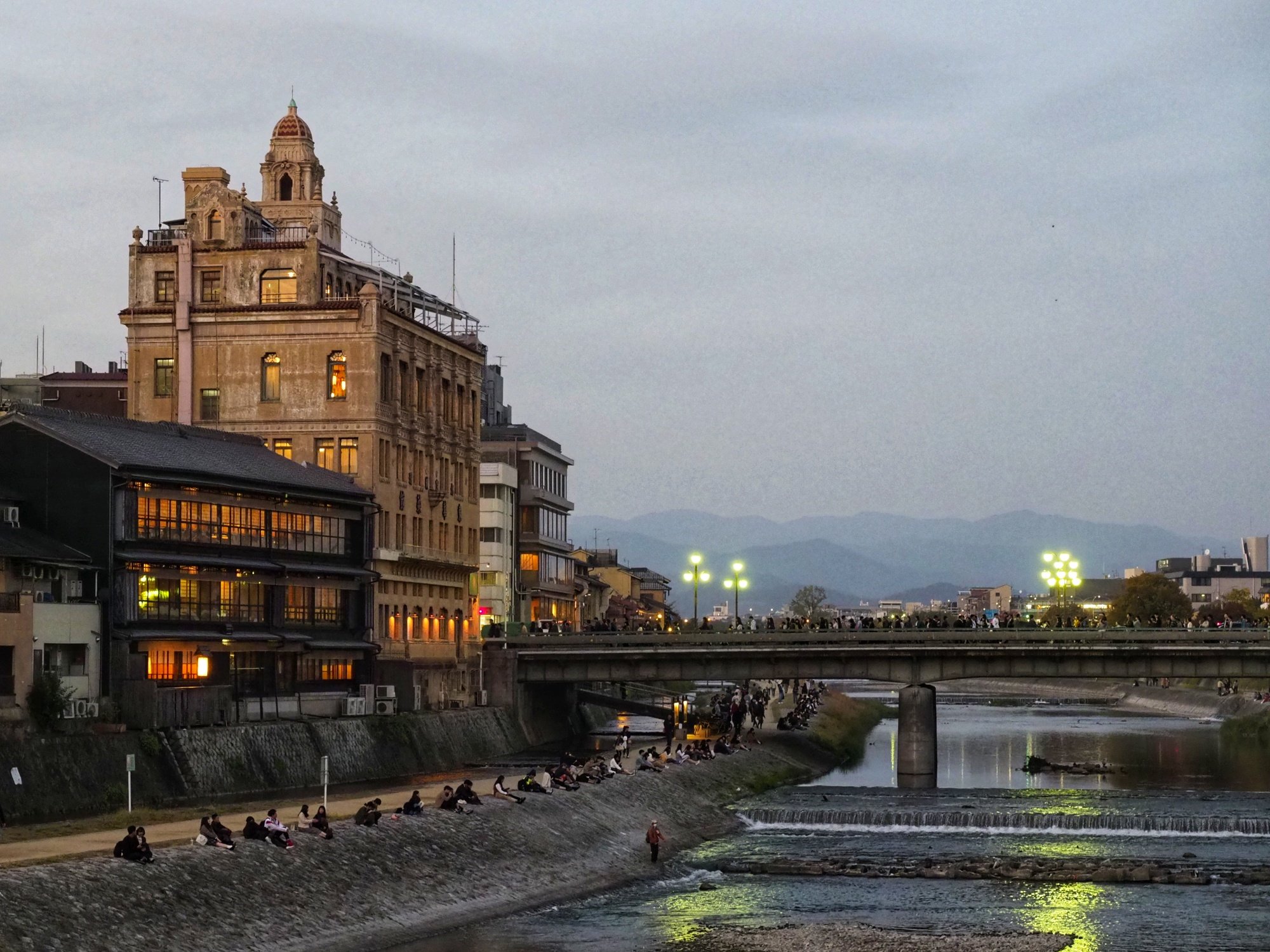 Having visited the daytime version we needed to get back to our train bound for Juso just as the sun was setting.

The reason for the was an invitation to drinks this evening. One of our group turned 30 today. 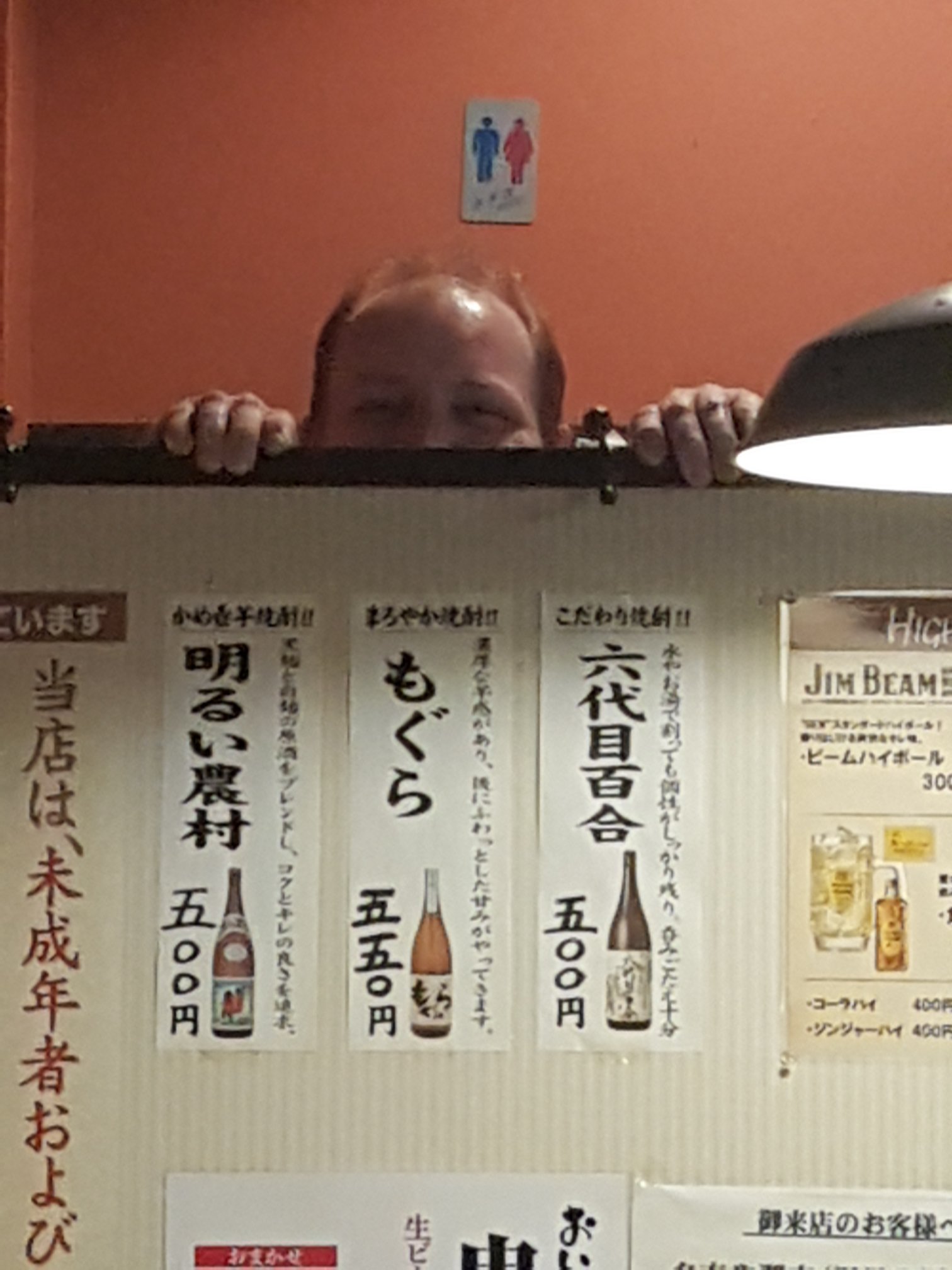