Todays order of business was to get from Naha to Kagoshima.

Unfortunately the direct flights where all but booked out we are now on a connecting flight via Osaka. Yes back the same way we flew in. Just to fly back south again. But those are the ways of air travel.

Some excitement was provided when the boarding passes did only show the trip to Osaka and not the second flight. So the ladies at the baggage drop had to do some finagelling to get us our second boarding card to have our luggage checked through to our final destination. Fun times. But in the end it all worked out. Unfortunately I did not luck out with a window seat this time.

Security was different this time around as they had a hallway where people could prepare their stuff on the trays and only a very short space in front of the checkpoint itself. Works well. And gives people a chance to proceed more at their own pace instead of having to wait for those not ready yet. 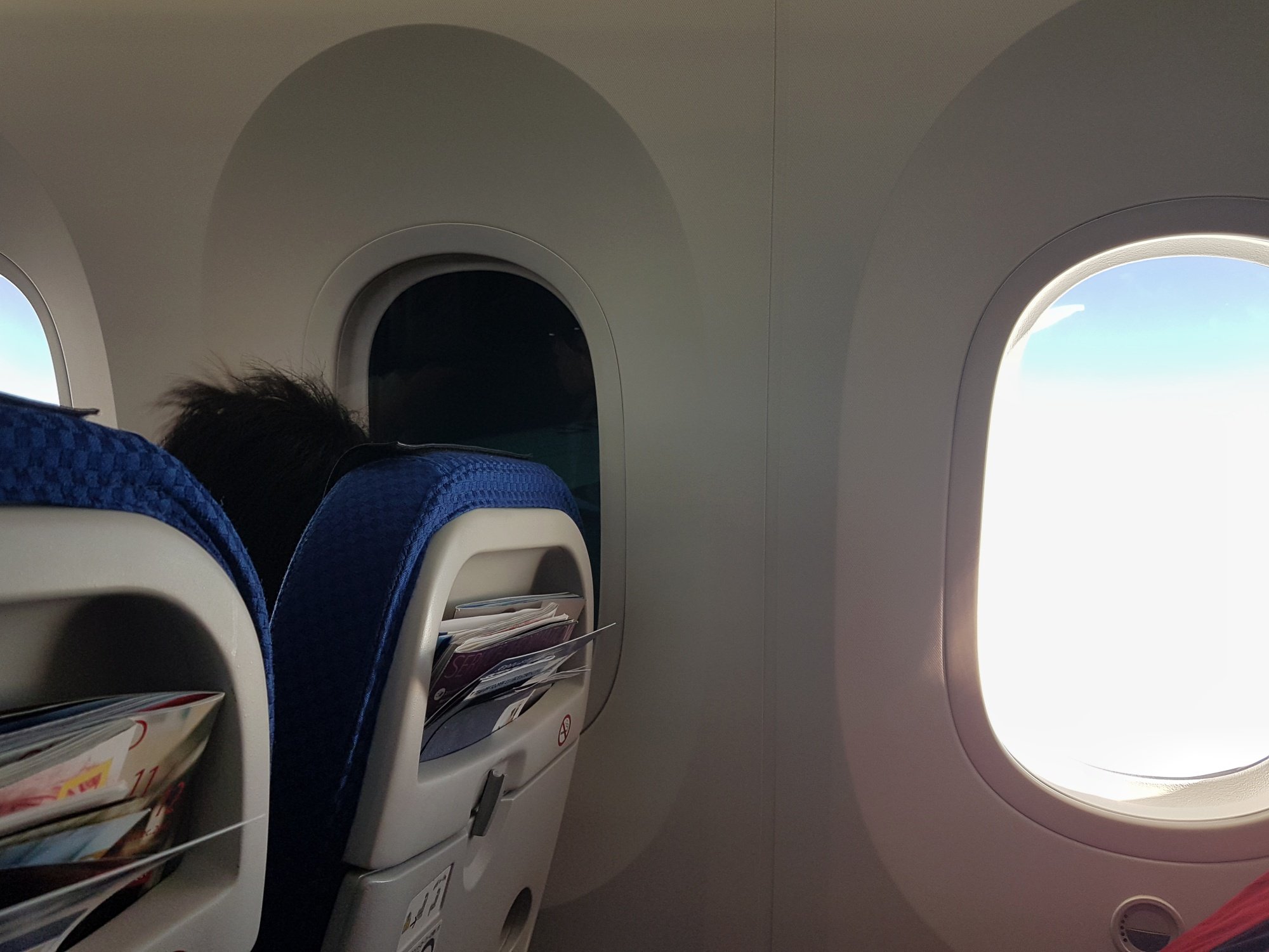 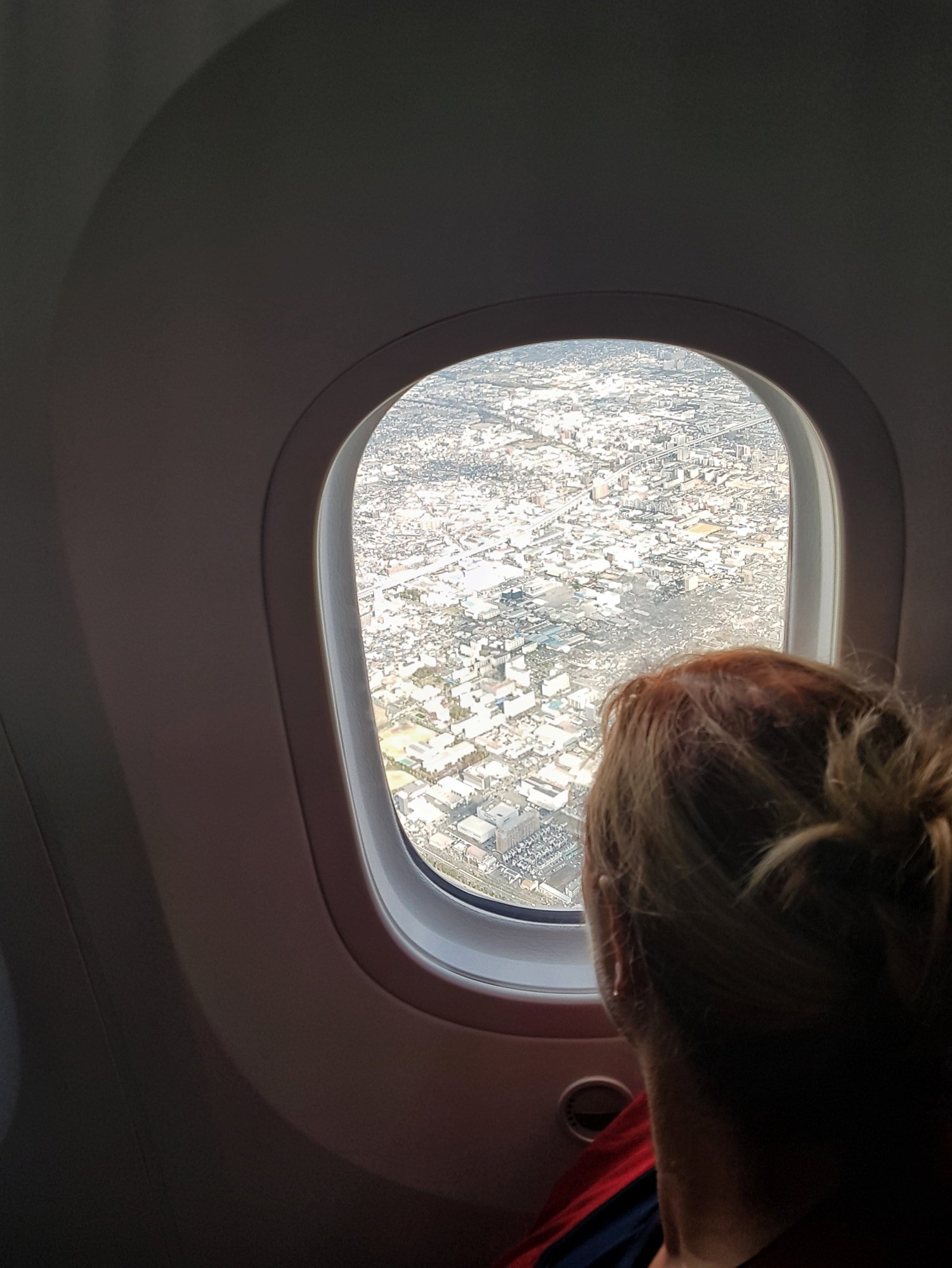 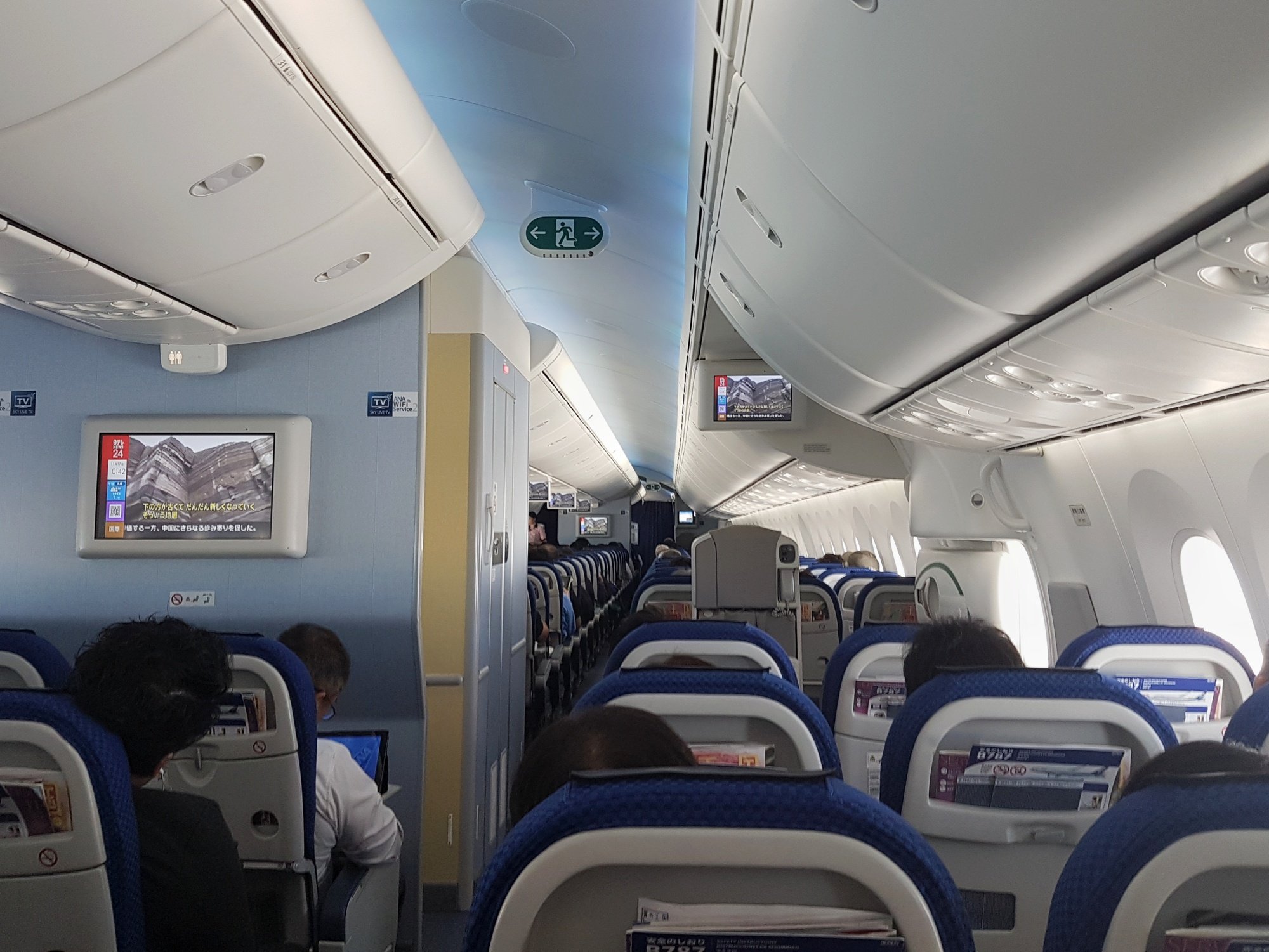 The flight did board on time but take off was a bit delayed due to traffic at the airport. After landing people stayed seated until we where at the gate. A first. But as soon as they fasten seatbelt signs where off the aisle was full. With a bento box for lunch we still had enough time to reach our connecting flight on time. 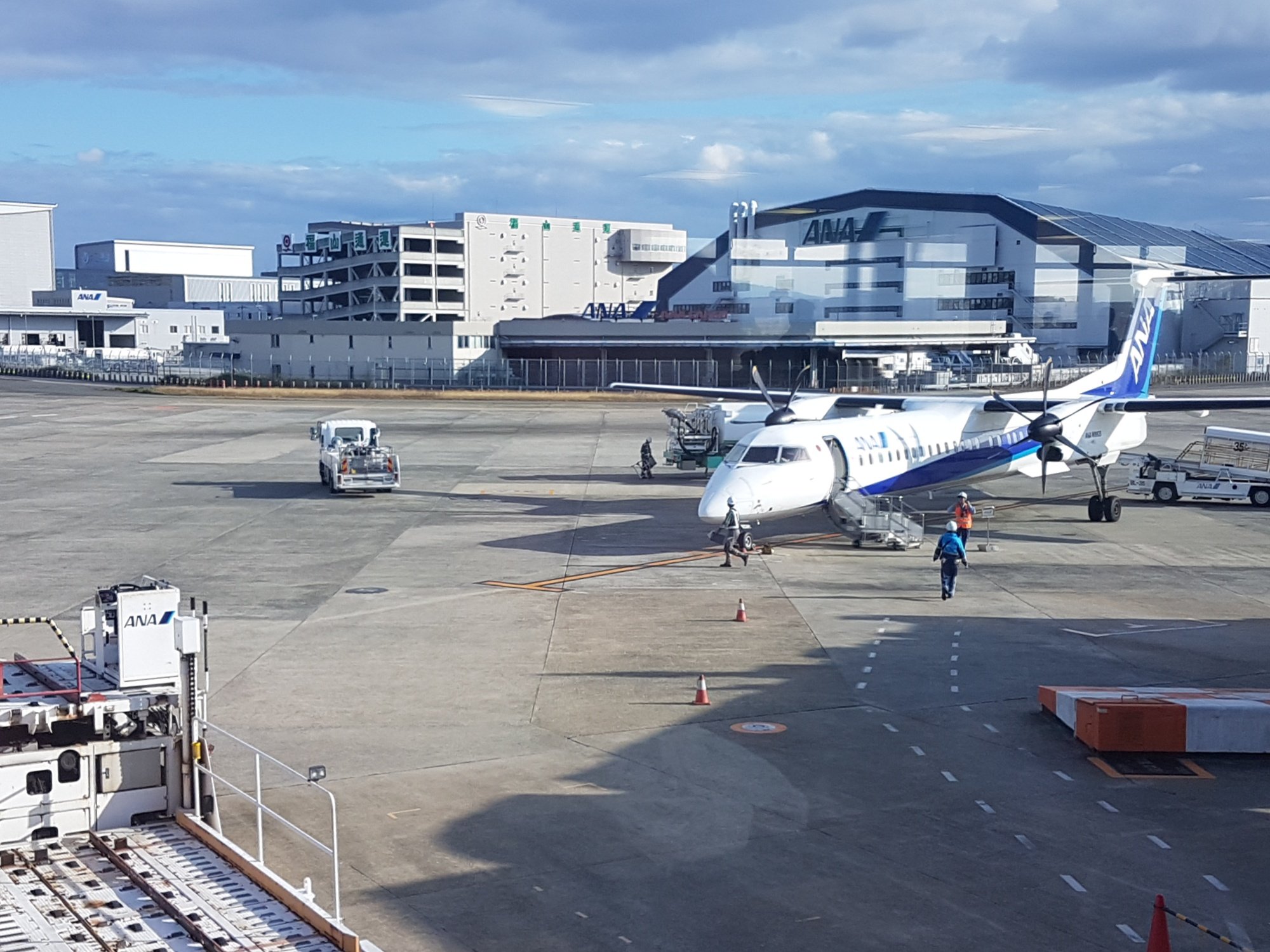 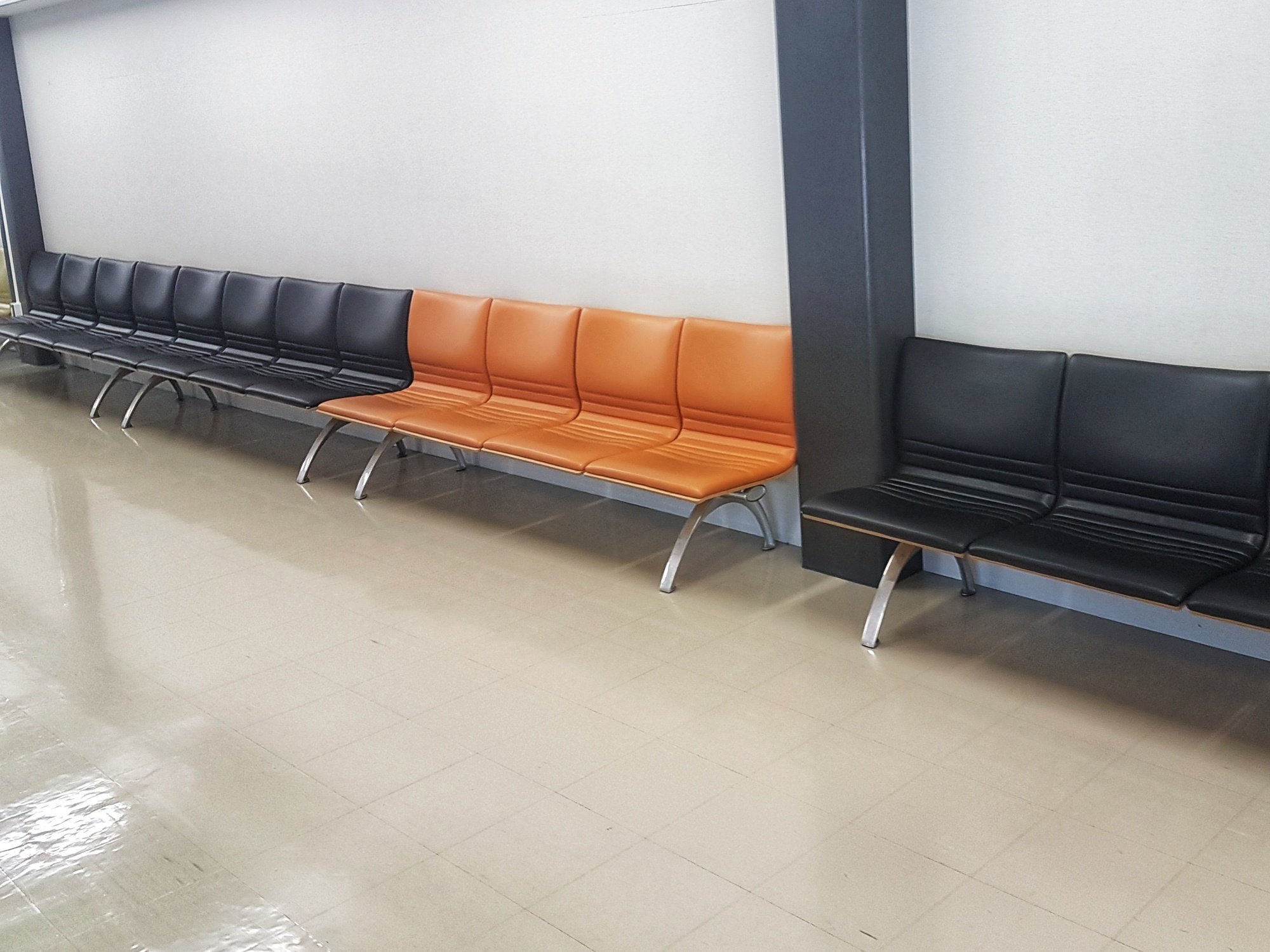 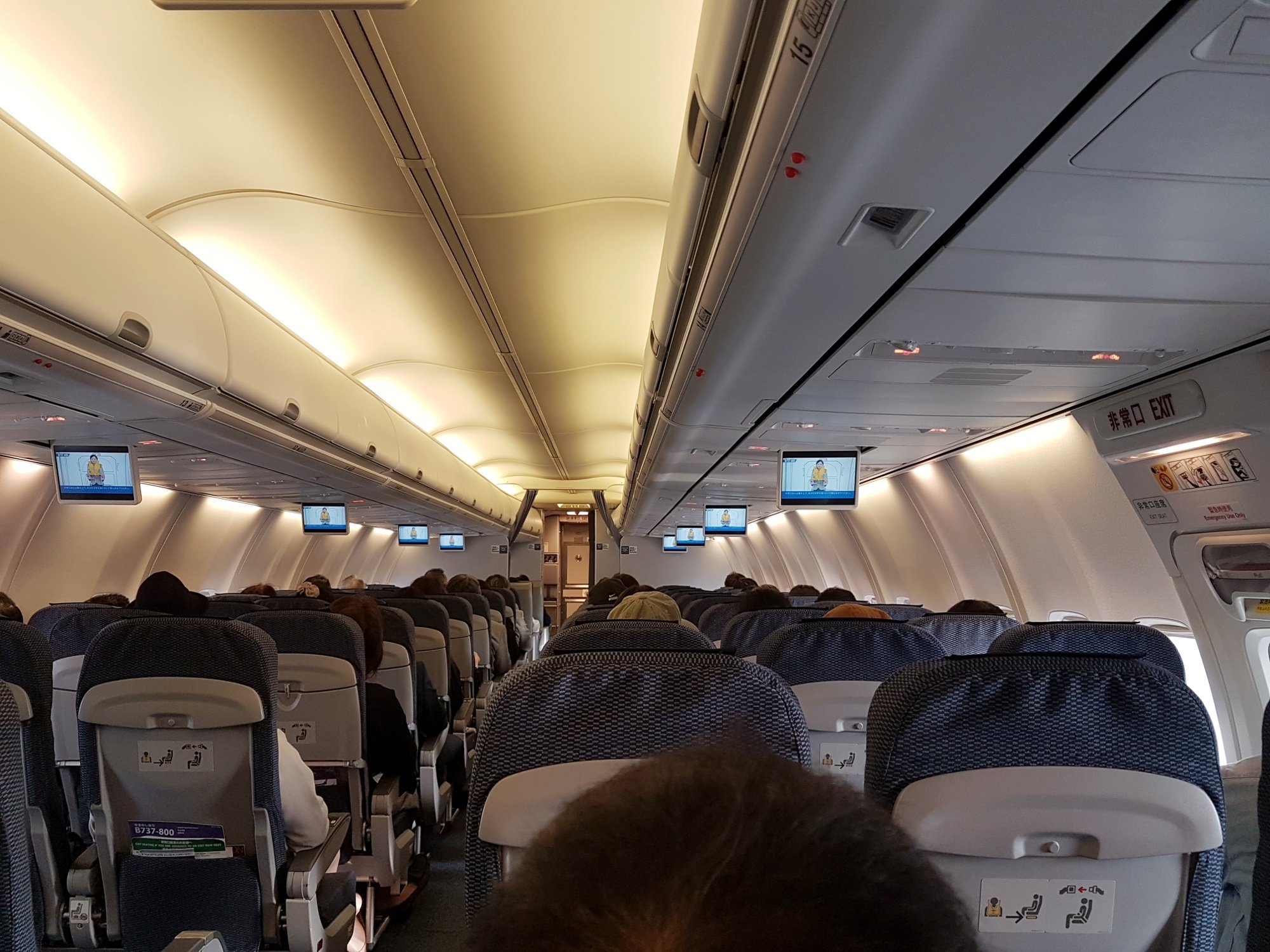 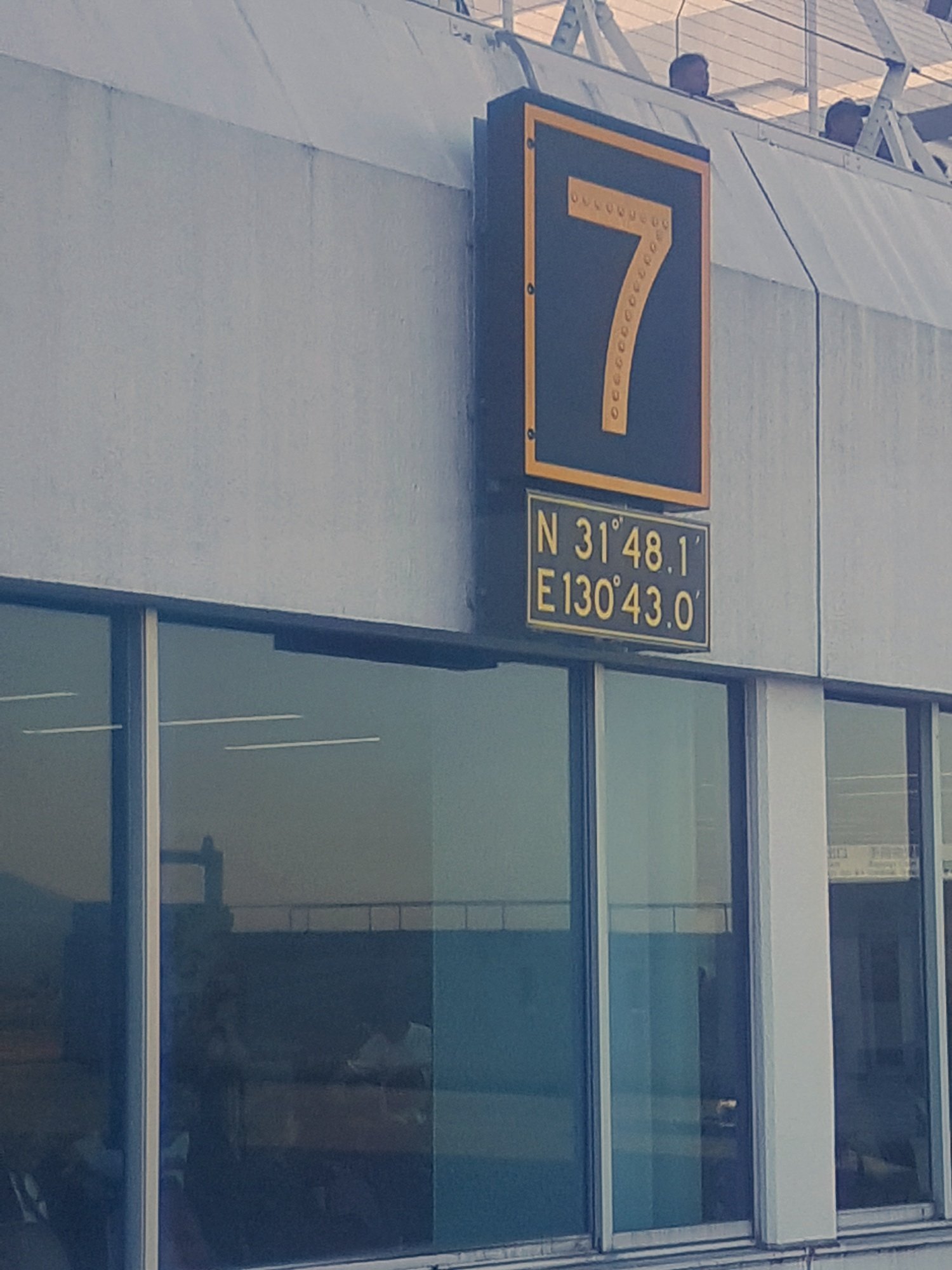 Next part of the trip is via bus. Ticket price is 1250¥ which you know by looking it up on a table. Then you put in the money before you just press the number of the fare you are willing to pay. The airport bus is a standard coach and your luggage is being loaded by an attendant. And the driver (of course wearing white gloves and an uniform) comes through the seats holding up a sign asking us to fasten our seat belts. And then there is a spare seat in the middle of the bus. Some things are just interesting even if they are not unique to Japan. 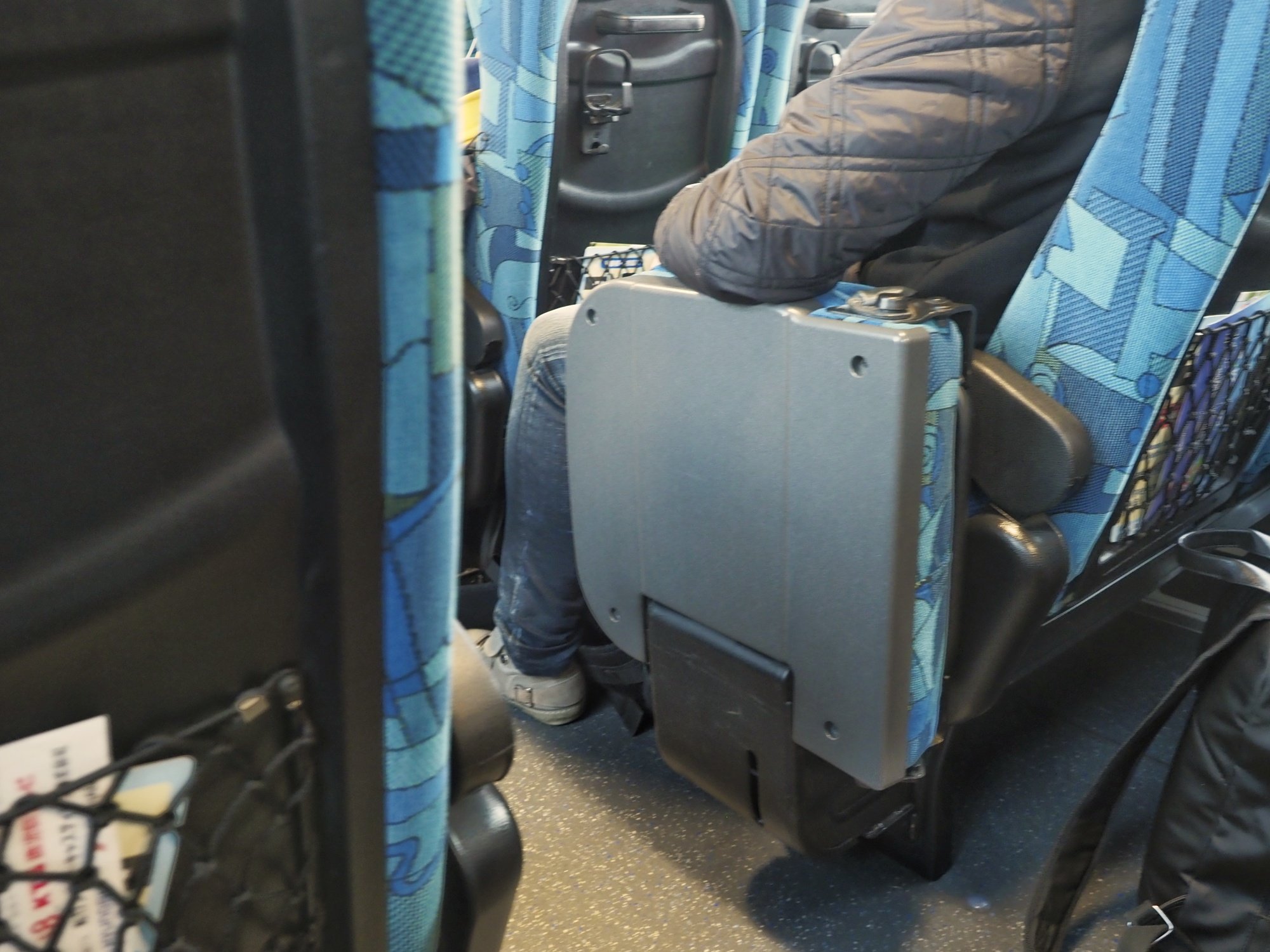 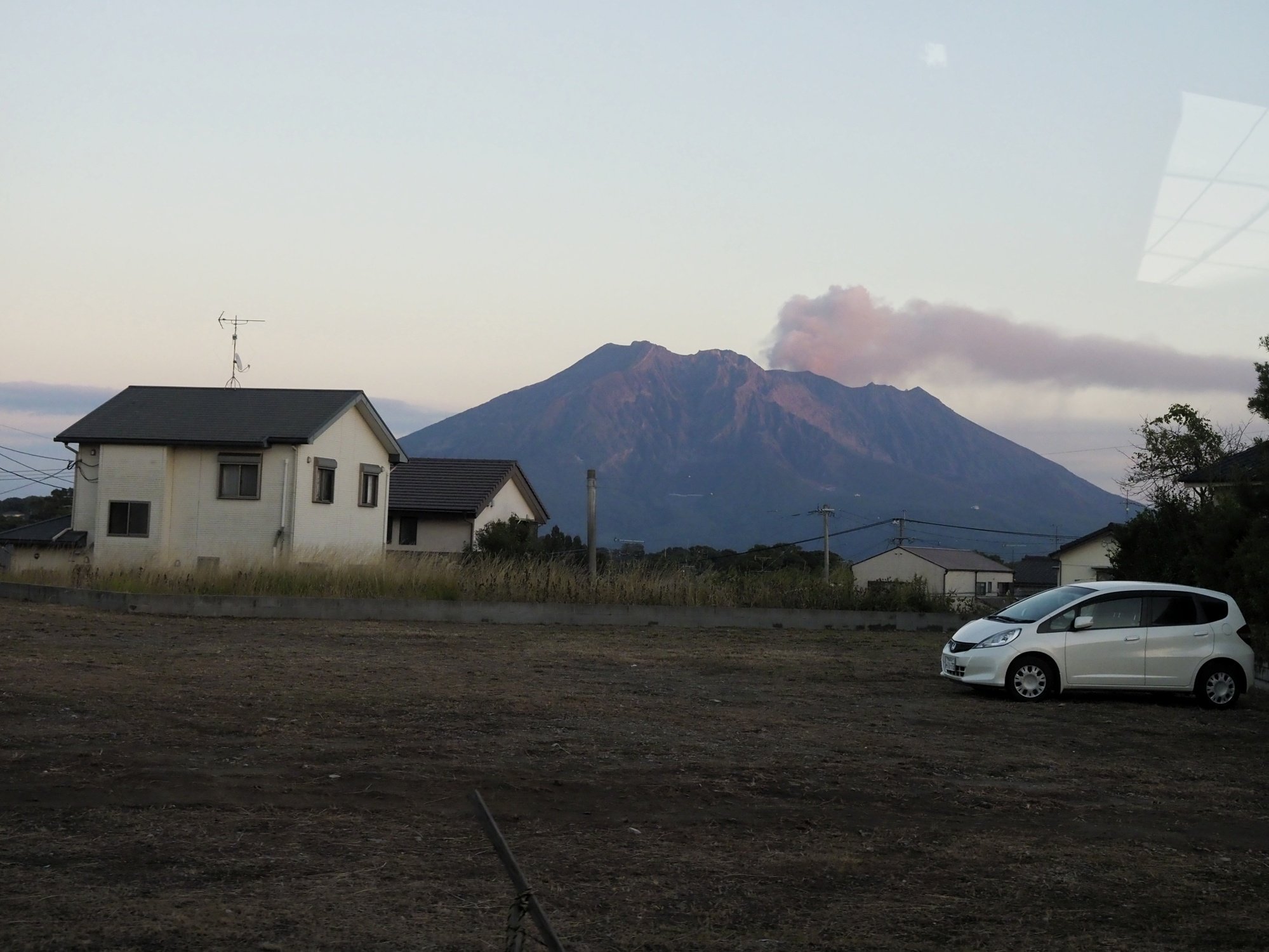 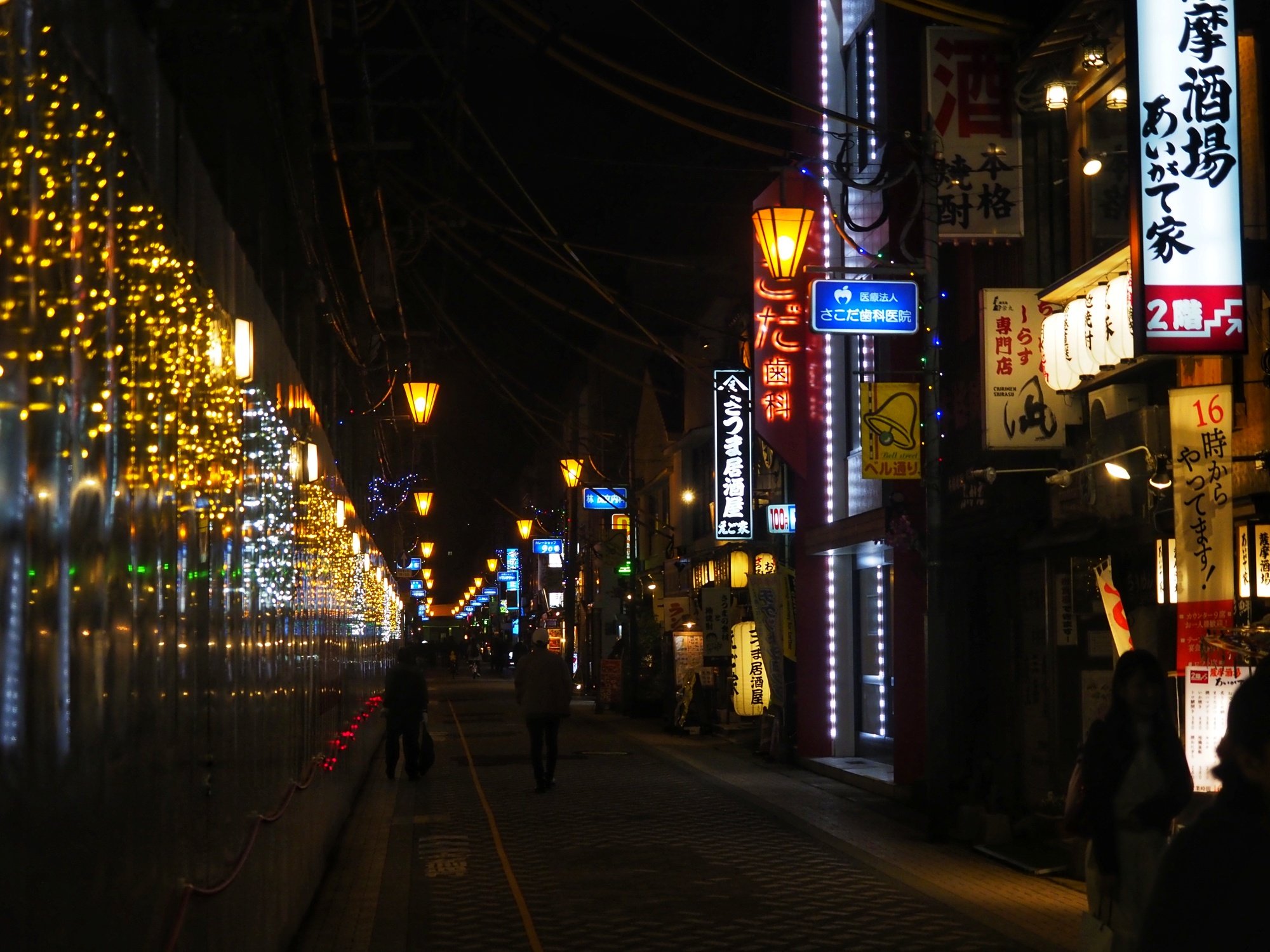 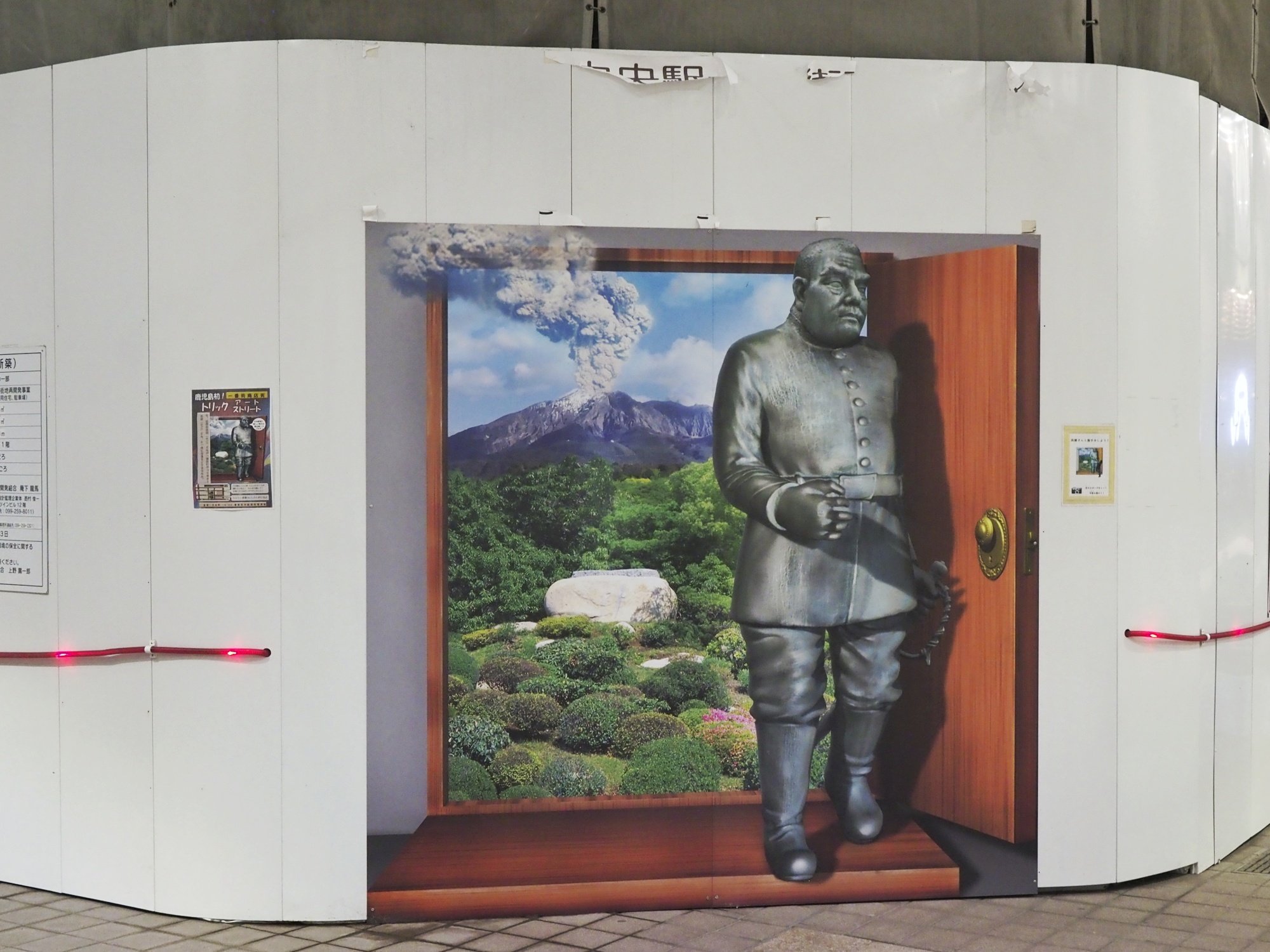 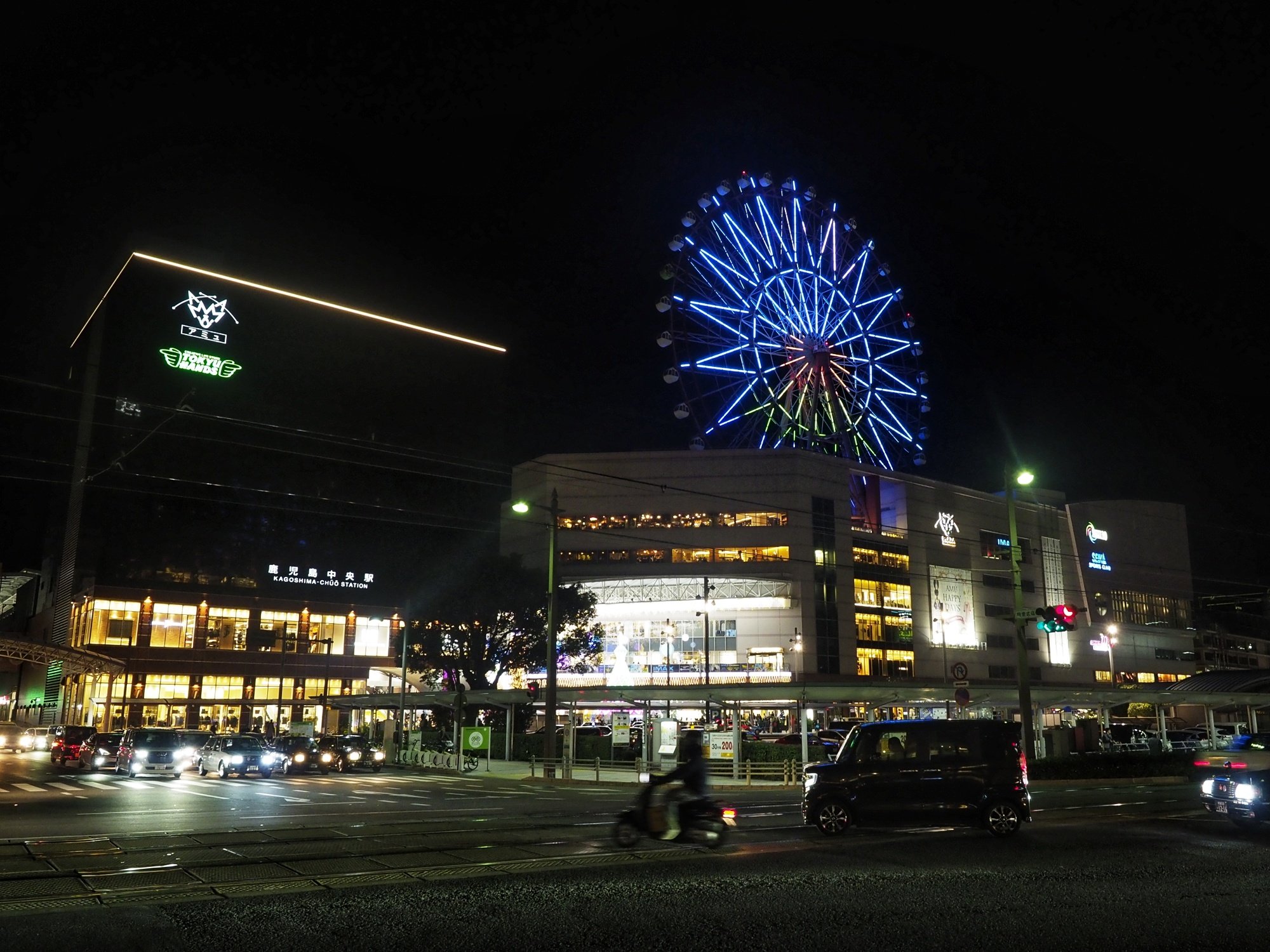