In Pelourinho I met up with some people from Salzburg. Aside of the two ladies I already had the pleasure of enjoing the taxi ride to Rio with, there where Sonja (and her brasilian Boyfriend), Valdo and Karen. Completing the group was Bodão from Jakobina.
Including the two I shared the taxi to Rio with.
First order of business was buying some cordas. And after that some Berimbaus in front of the Mercado Modelo.
The place where they make the ropes is in a side street just off Pelourinho and you can actually see the process of braiding the cords. This was a new and interesting experience – at least for me.
Next we went off to the Elevador Lacerda. (This Elevator is the only direct connection between the upper and the lower city.) And by using it we decended to the Mercado Modelo. There used to be people selling berimbaus just in front. But not today. Inside there where lots of stalls with all kinds of stuff intended for tourists. The berimbaus in there didn’t meet up to Valdos standards. But one of the vendors told us the way to his warehouse.
Entering it on the top floor of one of the houses next to the elevator we came into a capoeiristas heaven. 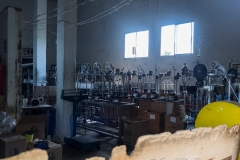 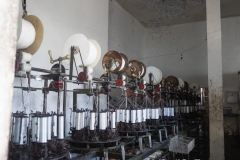 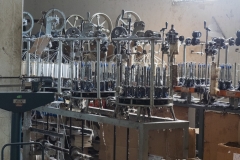 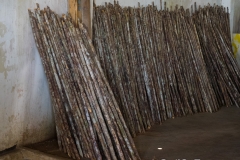 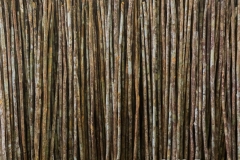 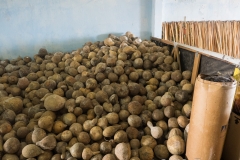 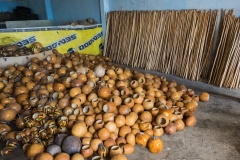 All the elements a berimbau is built from in every stage of of the process. Looking for the right calebassas (dried pumpkins that are cut to act as a resonance corpus) in a heap of them was interesting. The merchant telling me to wade right into them to get a better look something else altogether. They don’t break by just looking at them. But in the past I broke a few by letting them fall on the floor so they are not indestructable either.
Despite the many choices (or maybe because of it?) it wasn’t easy to bring the parts together that make up a few good berimbaus. I have found a new respect for the people that create and combine these instruments.
Accordingly we spent some time in the warehouse until we retourned to the city.

What those high bildings are always good for though are some nice views. So the first part of the next pictures where taken from that top floor of the warehouse. The other half from the upper platform in front of the elevator and the next plattform over. 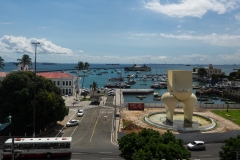 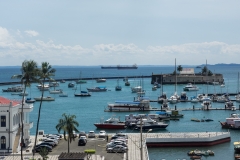 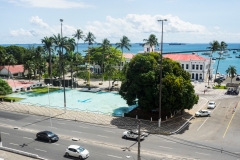 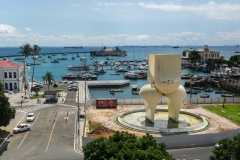 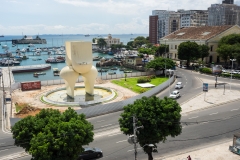 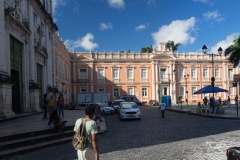 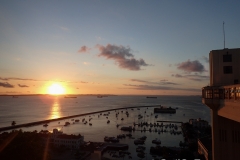 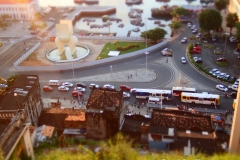 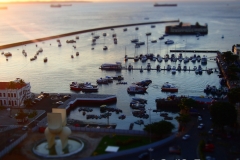 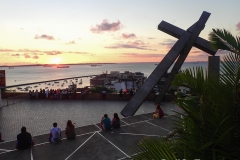 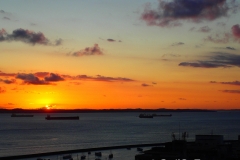