Praia do Forte used to be a village mostly dependent on fishing and hunting. The only other source of income where some plantations that weren’t very environmental sound as well. That started to change, when Projeto TAMAR (TArtarugas MARe, sea turtles) built a station at the old lighthouse. Today it is one of several along the brazilian coast that help sea turtles to breed. This is done by protecting their nests, helping the hatched turtles to get to the water and nursing injured animals back to health.
Another way they are helping the animals is by educating people. Fishermen, locals and tourists all together.
One of the ways to do that and to get the money is a small park, where one can watch a few animals and buy some merchandise. The merchandise itself is being produced locally again and not bought somewhere in china. Thereby making the project more valuable for the local population. 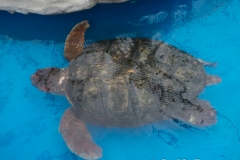 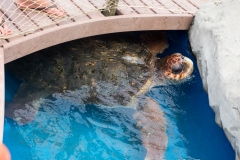 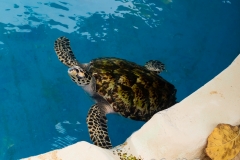 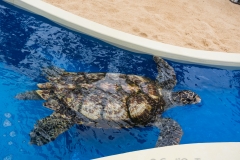 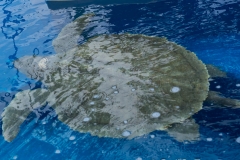 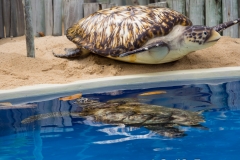 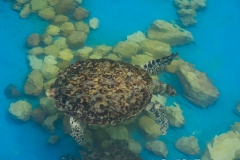 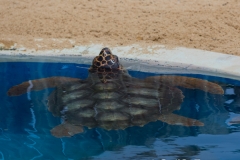 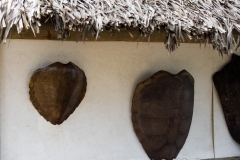 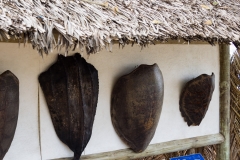 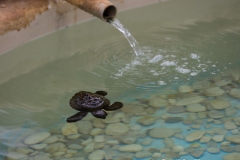 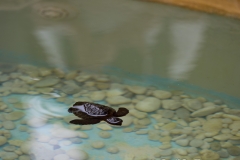