Driving through the Catlins

As I stayed longer in Dunedin the group I was travelling with was new again. (Well apart from a few faces I already knew from the KiwExperience busses.)
Our driver came a little bit later because of some misunderstanding at office where they put me into another hostel. – Phew am I lucky that I was not the person doing that call. I might have felt guilty. 🙁

But apart from that we where all happy and went on to see the highlights of the Catlins.
The second stop was a beach that sea lions frequent to chill out. And we tourists have nothing better to do than to go there and have a stroll amidst those wild animals.
Well at least I got a video of them playing around.

It does get somewhat dangerous when they decide to play around with us humans with our thin skin. – Because that’s what usually happening when a human gets “attacked” by a sea lion.
He gets curious and wants to see who this new mate is and play a game of push and pull.
“Pushing is easy. Because somehow the new mate is much smaller once he falls down onto four legs instead of two.
Pulling is the stuff where the mate usually starts to freak out and does those frantic movements. I can’t use my flippers to pull and I didn’t bite him to hard, did I? Strange. I mean if I really wanted to harm I might just bite somewhat harder and it would not only be blood flowing but bone crushing.”

After that small reflection on what one of them might think – or not – back to the program and to a small waterfall.
Afterwards a visit at the “Lost Gypsy Gallery” where a tinkerer takes all kind of stuff and builds littler knik knacks for people to watch. – Just don’t push the button! 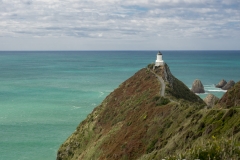 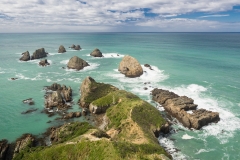 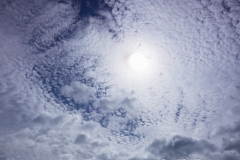 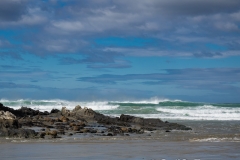 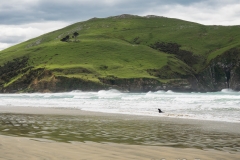 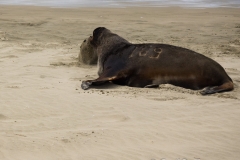 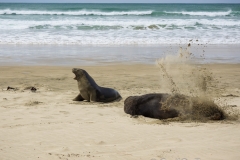 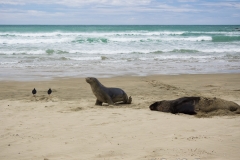 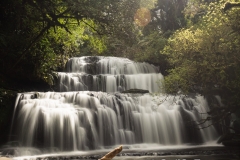 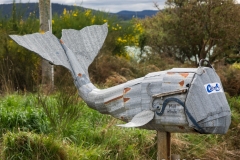 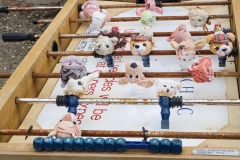 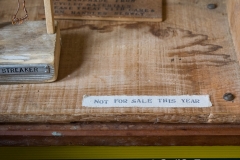 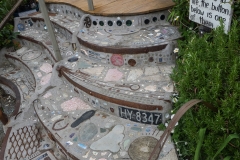 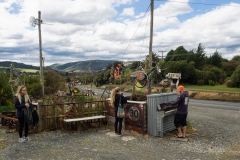 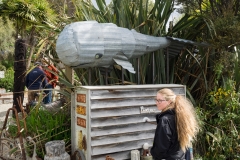 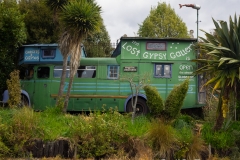 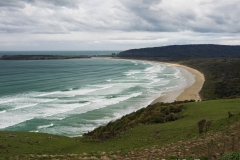 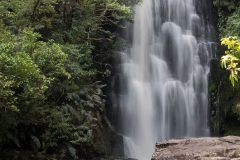 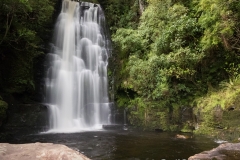 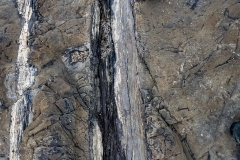 And did I say that we went to another waterfall?

Afterwards it was on to petrified forest and some penguin watching. Little blue penguins this time. Unfortunately the penguins had a differnt schedule than us. So they still hunted out in the ocean when we went on.

So back to what we actually saw. The forest that sank into a swamp a few million years ago and was preserved s well that you can actually still see the different trees and how they fell.

Invercargill was not to overwhelming so I made sure to get my trip to the southernmost island booked, stocked up on groceries and went to bed.