The next morning we were treated to breakfast with pancakes and bacon. (To combat the hangover the previous evening and night had brought.)

After all were well fed and had some rest it was time to go on to Franz-Josef where we where supposed to be able to go get a helicopter ride onto the glacier and a little bit of a walk the next morning.

The name of the glacier was given by it’s discoverer Julius von Haast in reminescence to his emperor Franz-Josef I of Austria.
What’s special about this glacier apart from that is that it ends in a (tempered) rainforest.

Unfortunately the weather gods did not want to comply with us and sent low hanging clouds. As a result no helicopters going up. But weather could change until tomorrow. Weireder stuff had happened.

I went in the direction of the glacier to see how it looks like from the bottom. But decided that it was to late to go all the way and turned around after having seen it from a viewpoint that was part of the glacier less than a hundred years ago but is far away now.

Our tickets for the helicopter ride where for this morning. But unfortunately the clouds had not dispersed and they were not gone at the second attempt at noon. Instead the heli company had decided that the weather was not going to get any better and cancelled all flights for the week.

So a few of us decided to go and tramp to the glacier. We had made it just to the bridge outside the town when it started to rain.
One of our girls who had won a price dressed up a a witch decided that crossing moving water and being rained upon was not worth the effort and turned around. (What was that ting about witches getting wet again?)

Asked whether the rest should continue our resident Londoner answered that a little bit if “english” weather is not that bad. So we walked on.
And lo and behold the rain stopped a few minuted after.

Our tramp led us along the path I went yesterday (although in the other direction) and further on to the glacier.
Well almost. A few hundred meters in front a paper ranger told us to stop.

Taking into account that there are always ice and rock avalanches in the area this was probably good advice. So this was where we turned around. 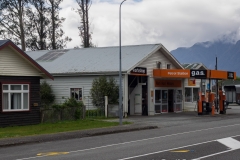 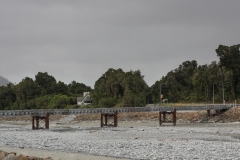 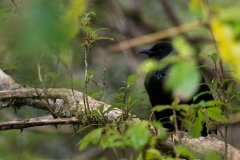 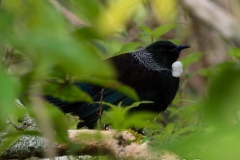 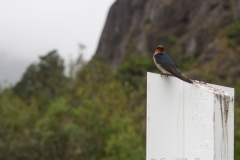 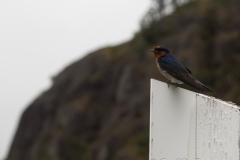 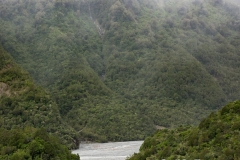 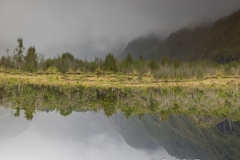 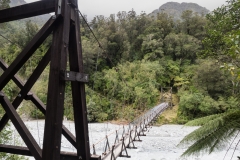 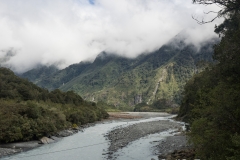 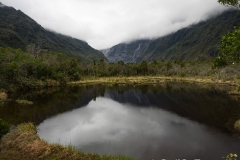 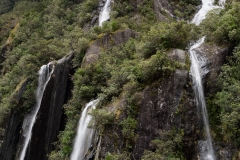 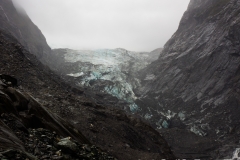 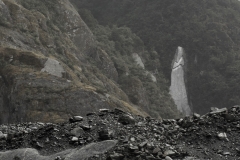 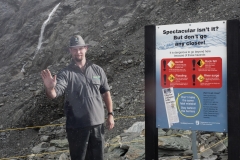 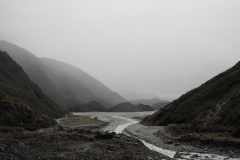 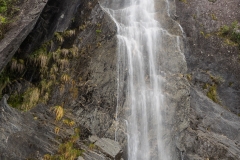