Mt. Cargill and the Organ pipes

were my goal for todays excursion. Because I did not want to bore you I decided to limit the pictures.

The start is at a small picknick place and goes up through rainforest most of the time. You do get the occasional view but unfortunately usually with a branch in the picture. Which doesn’t bother the naked eye but is distrating in a picture.

But once you get to the top with the old communications tower (and an old very big sattelite dish) you have a splendid 360 degree view. That does include all of Dunedin and the habour of course.

It was a little bit windy up there but I did find a few rocks so I could have lunch with an extraordinary view. 🙂

To get back down I decided not to go the same way back but to go on to some basalt formation called the organ pipes.

The way between the summit and the pipes seemed not to be the usual highway I got used to when something was called a walking trek in New Zealand. This walk was a littel muddy and – more annoying for me – a lot of branches right at my eye level. – Well that’s what my hat and sunnies are for. 😉

On the walk I met a couple who had even worse shoes than I had and I really wondered how people can try to walk in terrain like this with that kind of footwear.

The organ pipes I almost missed because they were a little bit off to the side of the track and you just ran into the debris from pipes that did not survive the last earthquakes.

Apart from the part of the trek that was blocked by a fallen tree it was all easy downhill going from there on.
The hike itself ended at a street and it would have been some pretty boring (and maybe even dangerous) going along the street if there hadn’t been an alternative to go further down. 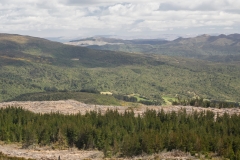 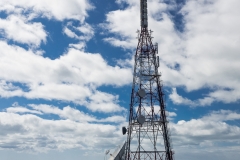 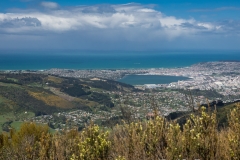 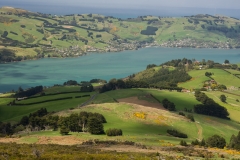 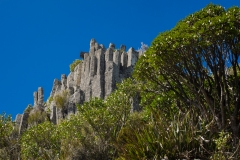 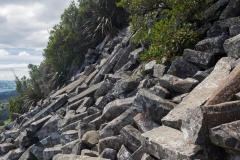 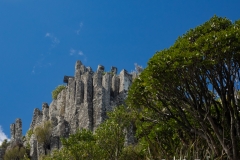 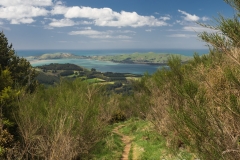 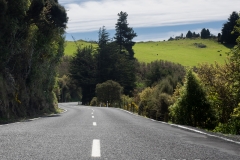 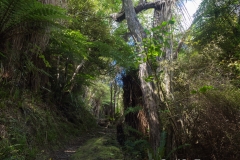 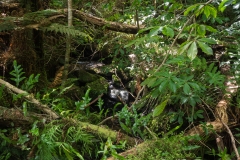 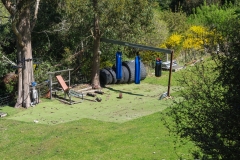 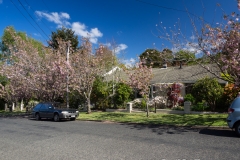 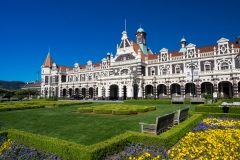 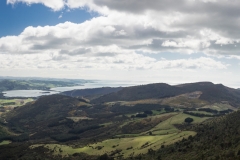 This way went through further through the forest into a reserve and ended in a suburb of Dunedin.
Here I cought the bus back into town. I don’t know if this is the usual thing to do but I reported the fallen tree to the nice lady from the DOC. Maybe they can cut out a bit so that you don’t have to climb around it.