Today’s forecast was rain. So the official program was changed and shortened. 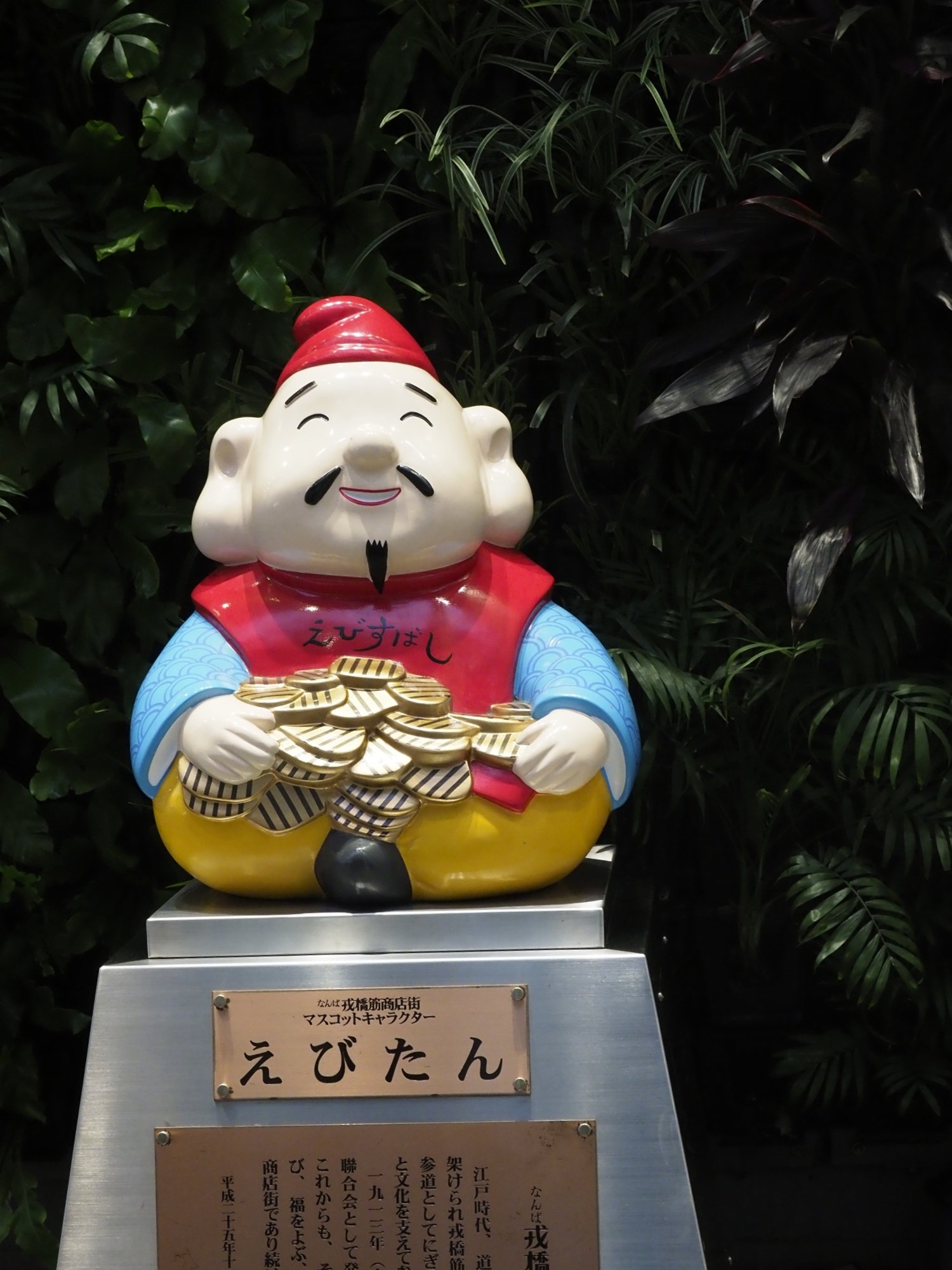 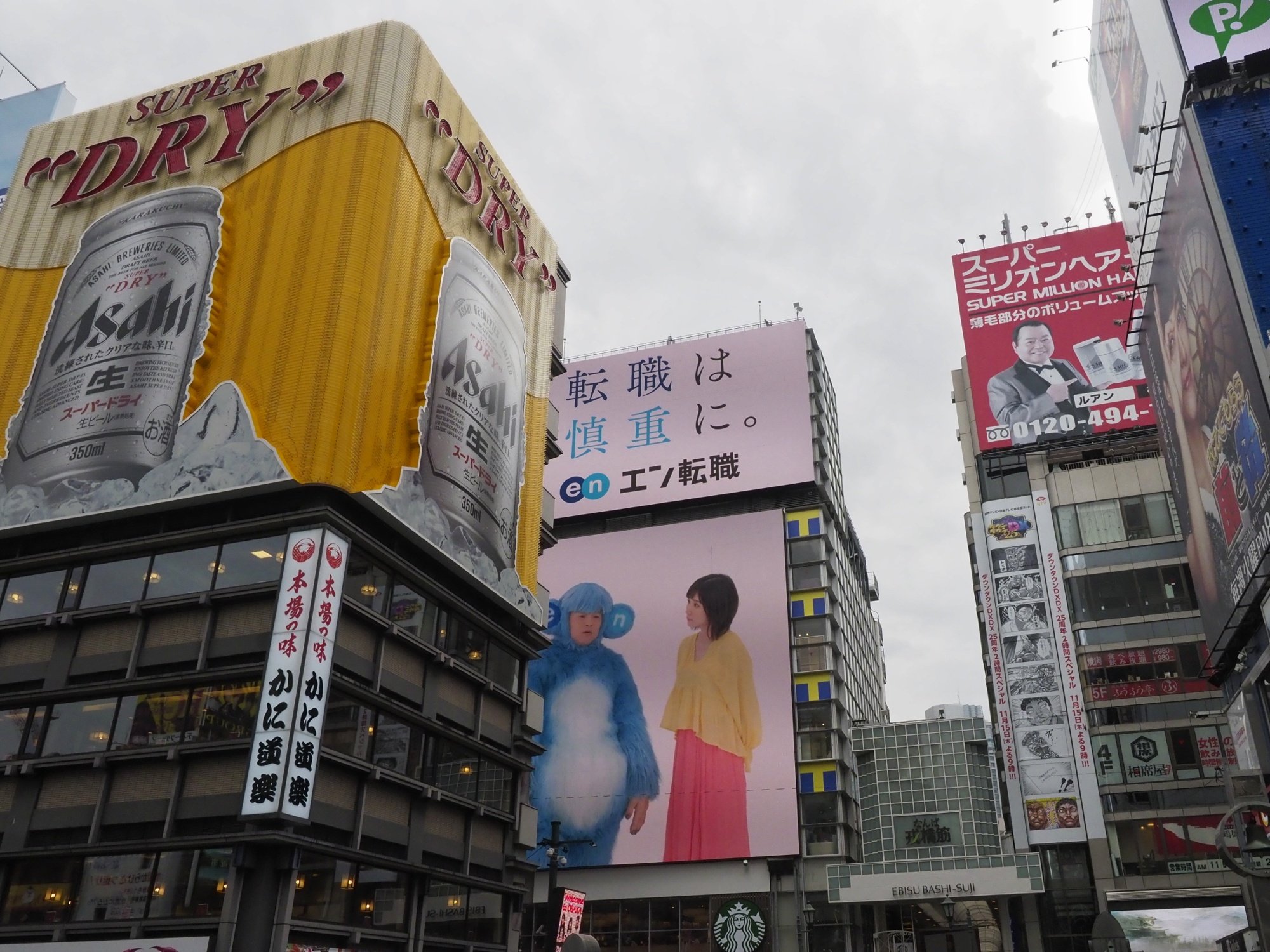 So we went back into Osaka proper with our new 3 day passes and had a look through the mall at Namba to Dotombori. Here the group split and we decided to go for c a coffee break as some had withdrawal from good coffee. For me it was a Chai masala latte together with a chocolate waffle. 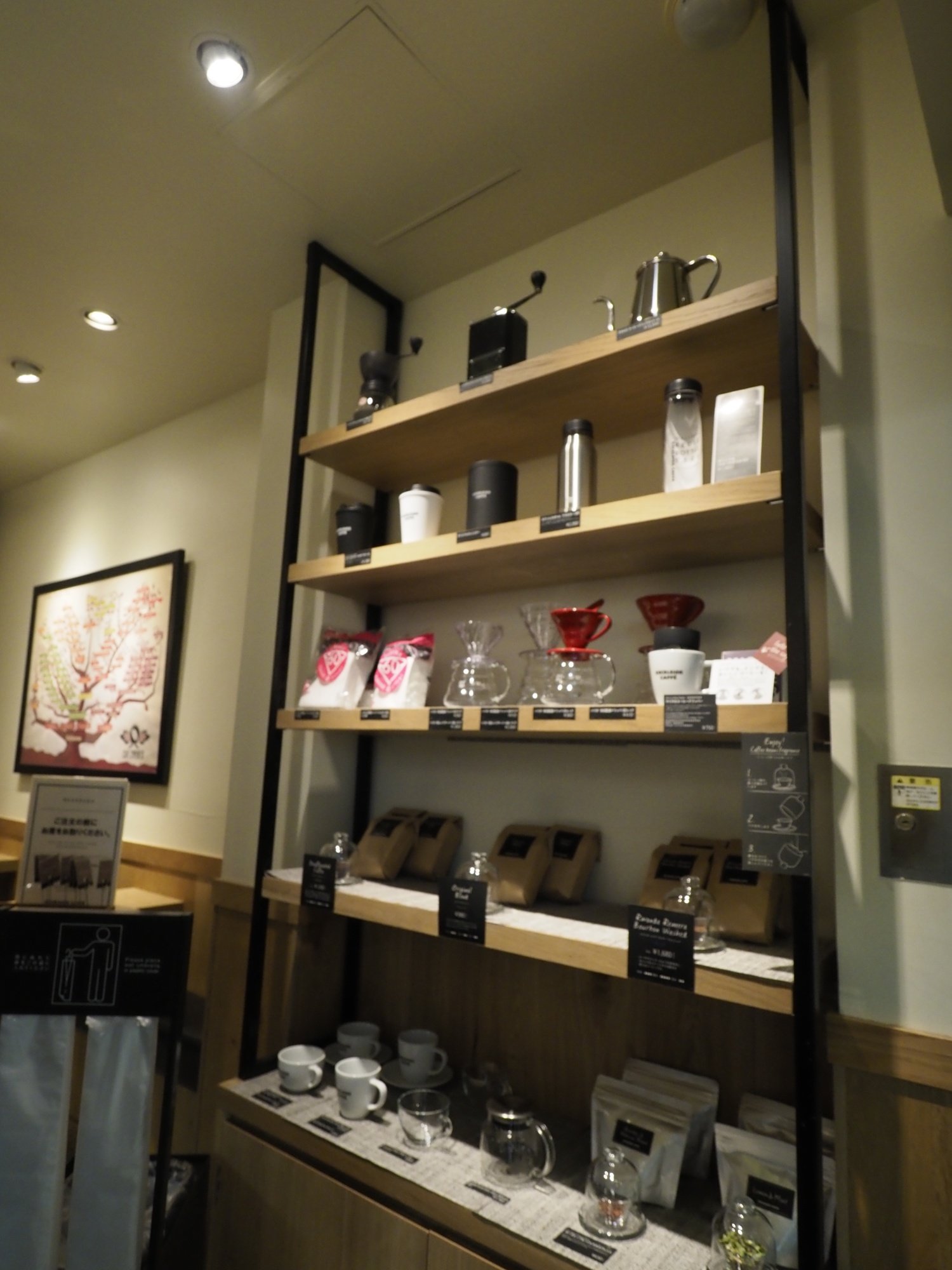 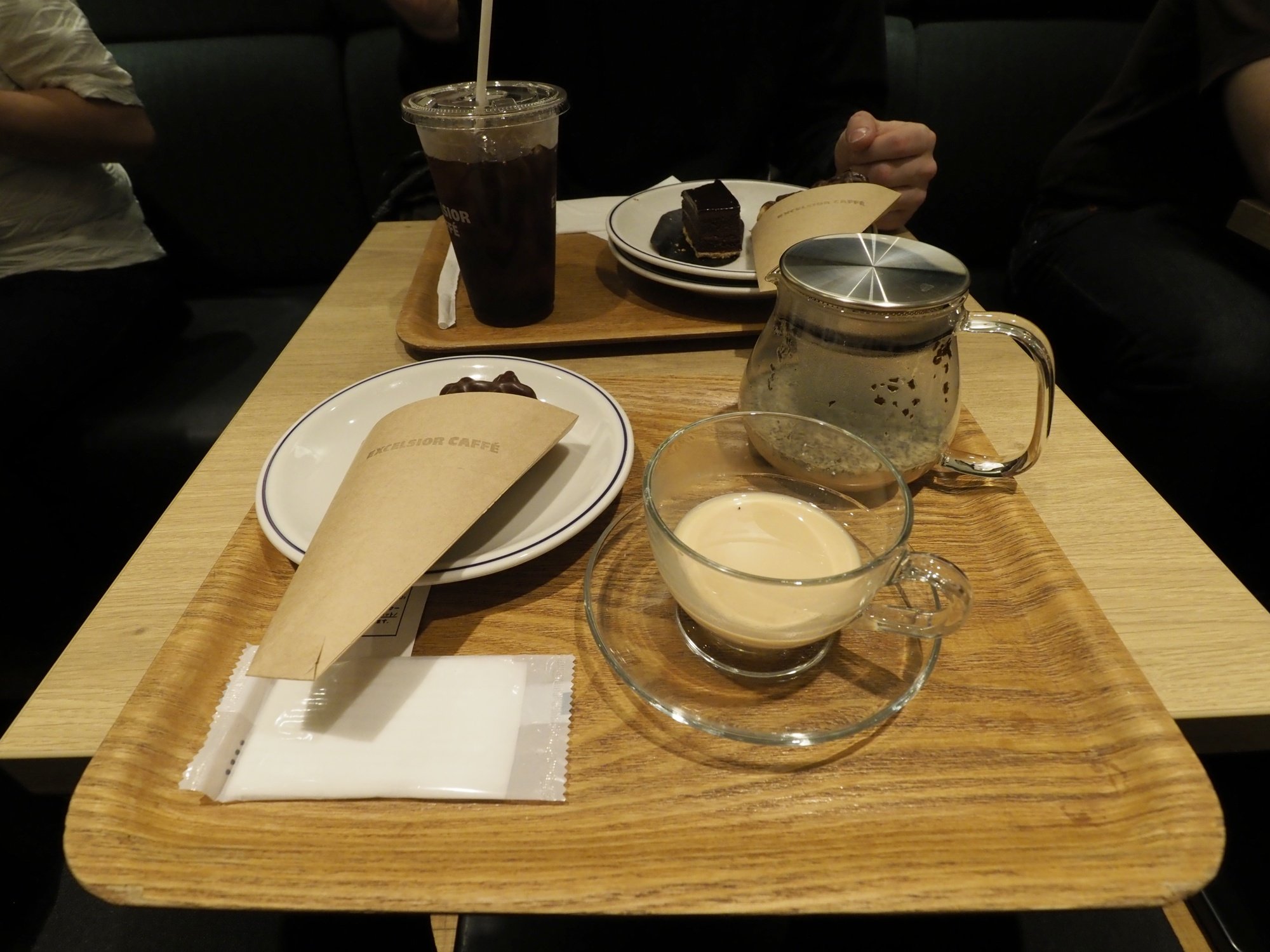 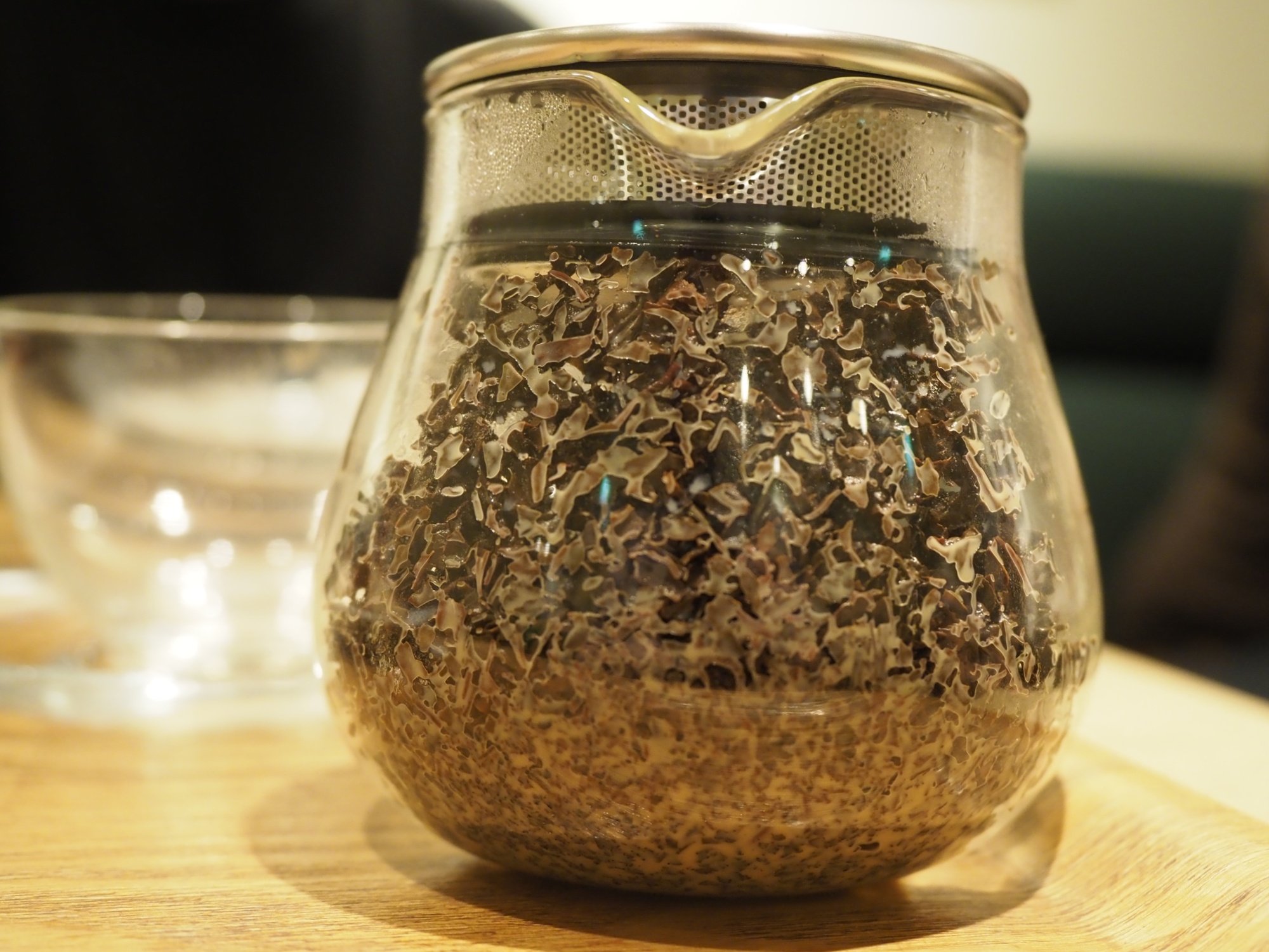 The Chai was real tee leaves steeped in milk with a hint of honey to sweeten it up a bit. After we went back out the sky had cleared up and it seemed like we were going to have a sunny day after all.

So we split up. Some wanted to go up Abenu Harukas. The biggest building around. Others where going to Mino-o. Which we do reach after a train ride with local trains. 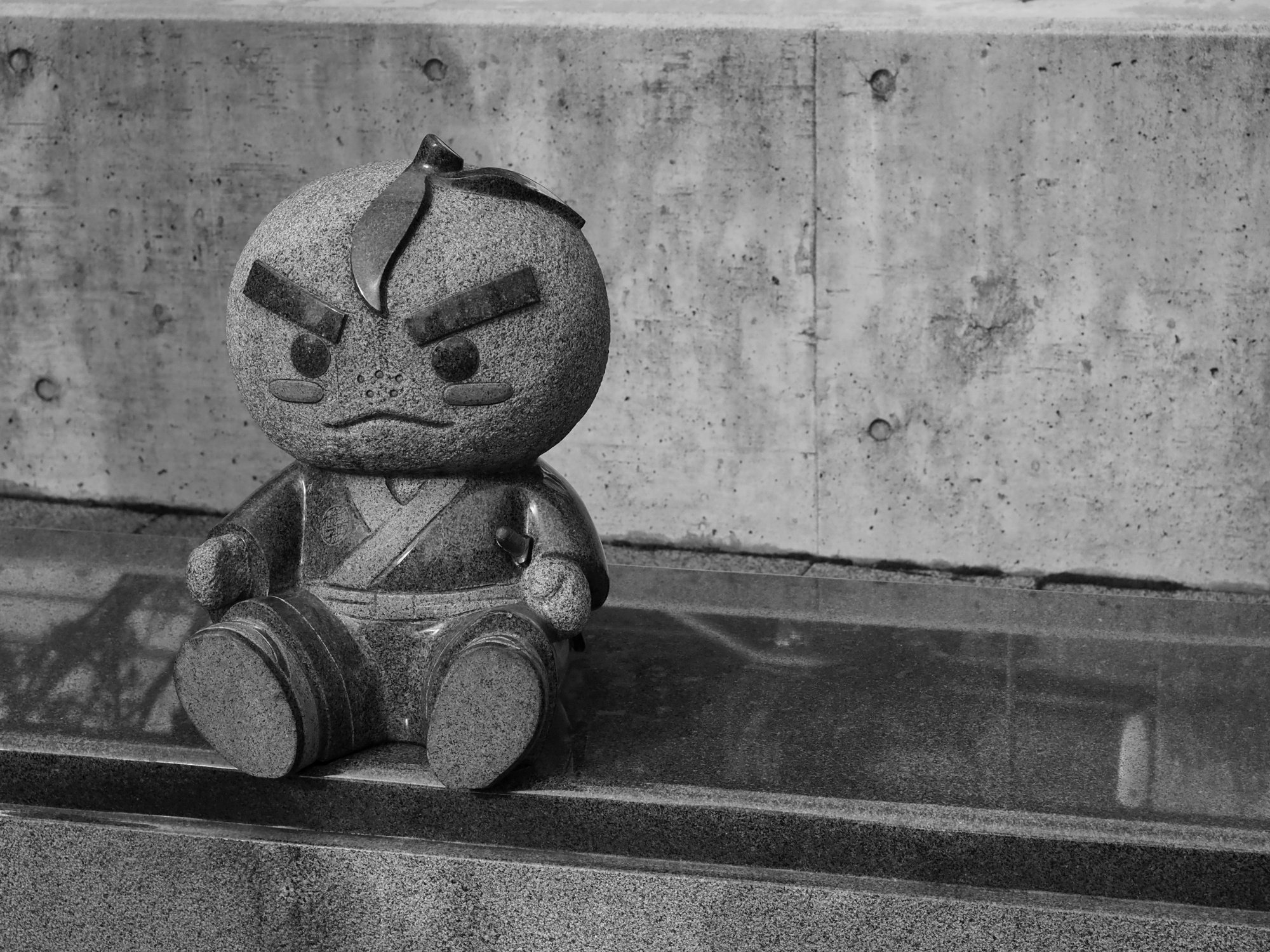 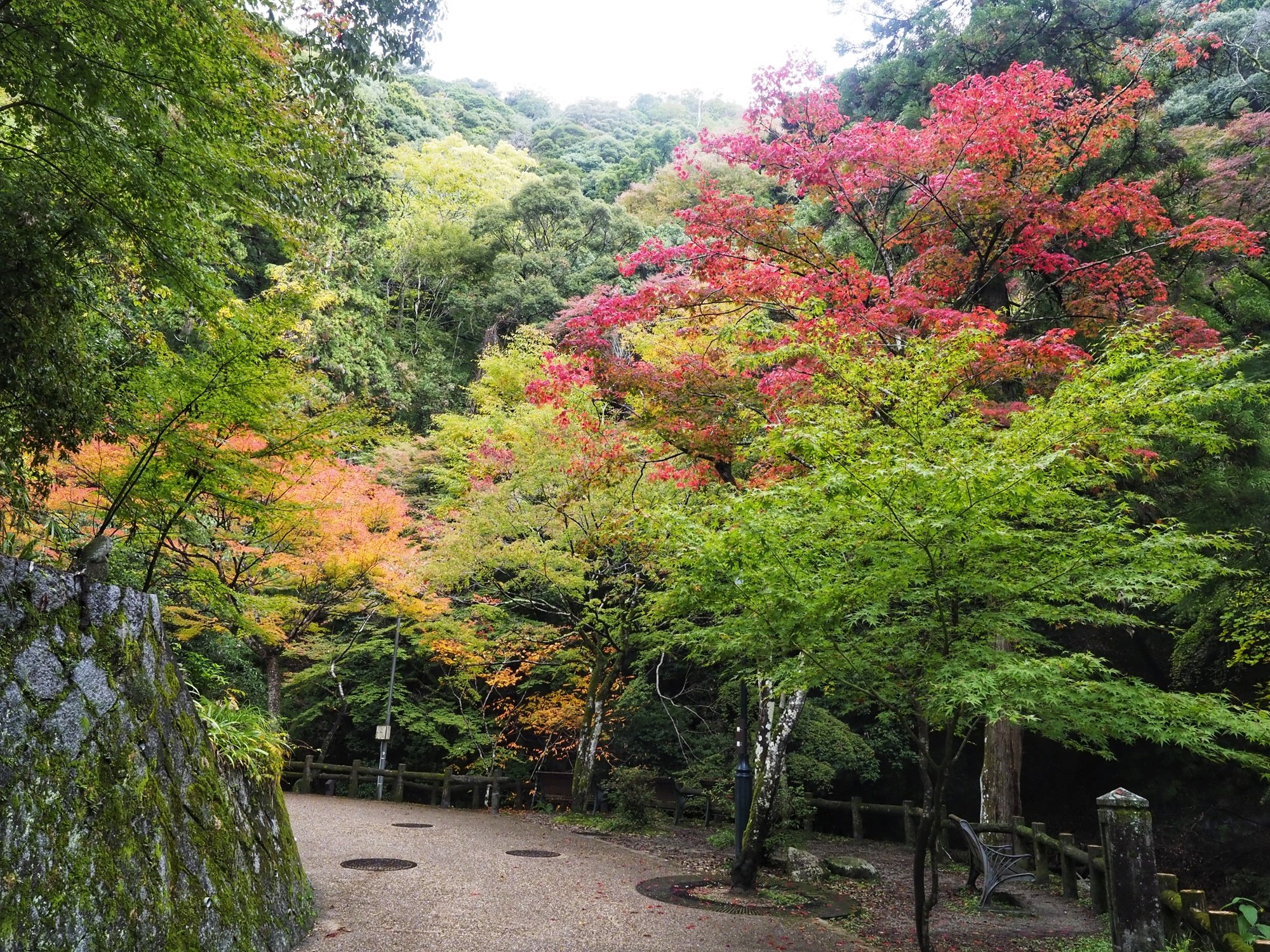 The local specialty are fried maple leaves which a lot of shops where producing and selling. After having tried one we where fortified for our way up to the waterfall. We were led on a street through a nice forest where some of the trees already started to turn red. On the other hand there still was a lot of damage from the last taifun season.

What we could of course not pass without cleansing ourselves and documenting it with a lot of pictures was the shrine we passed. 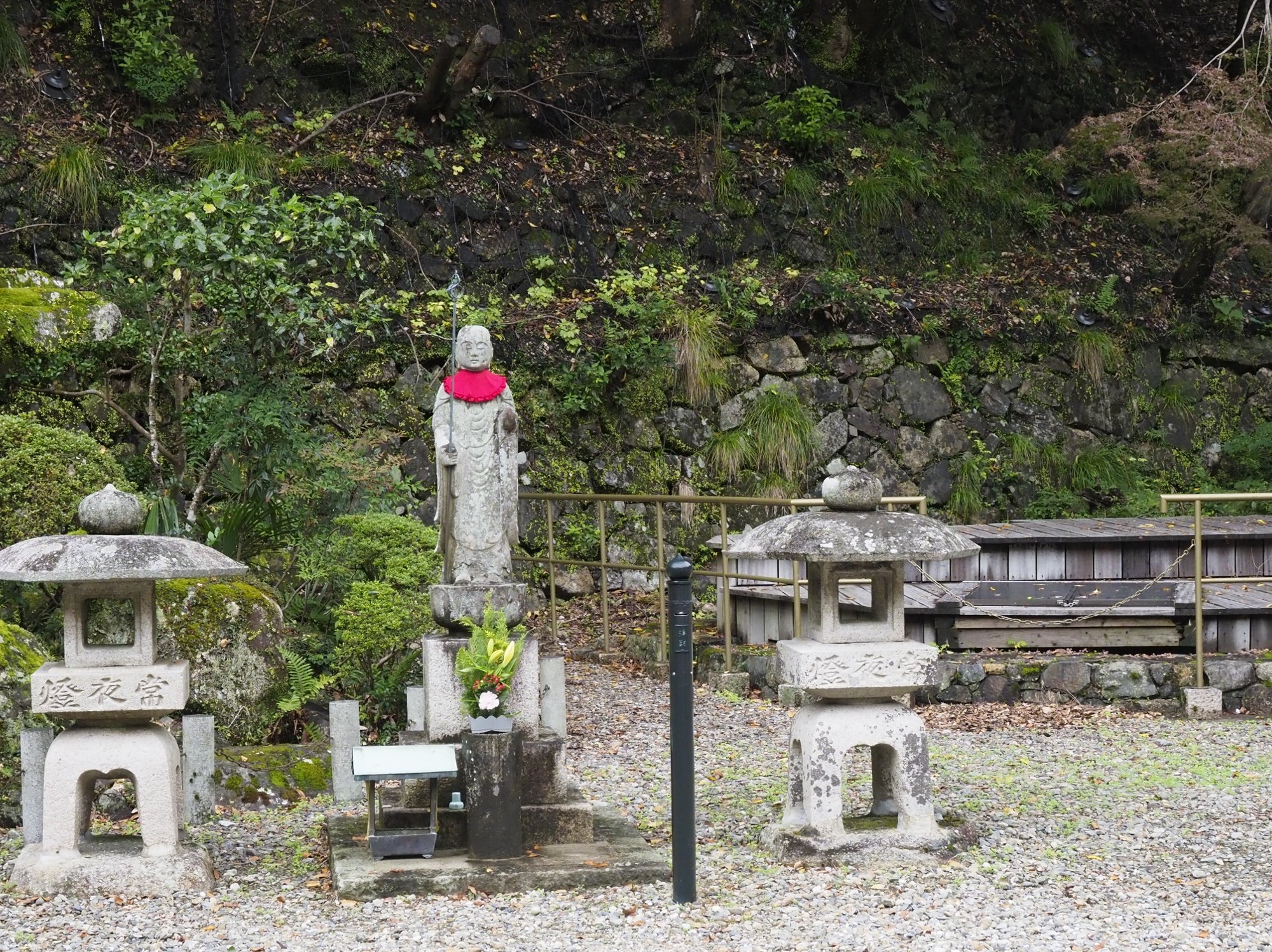 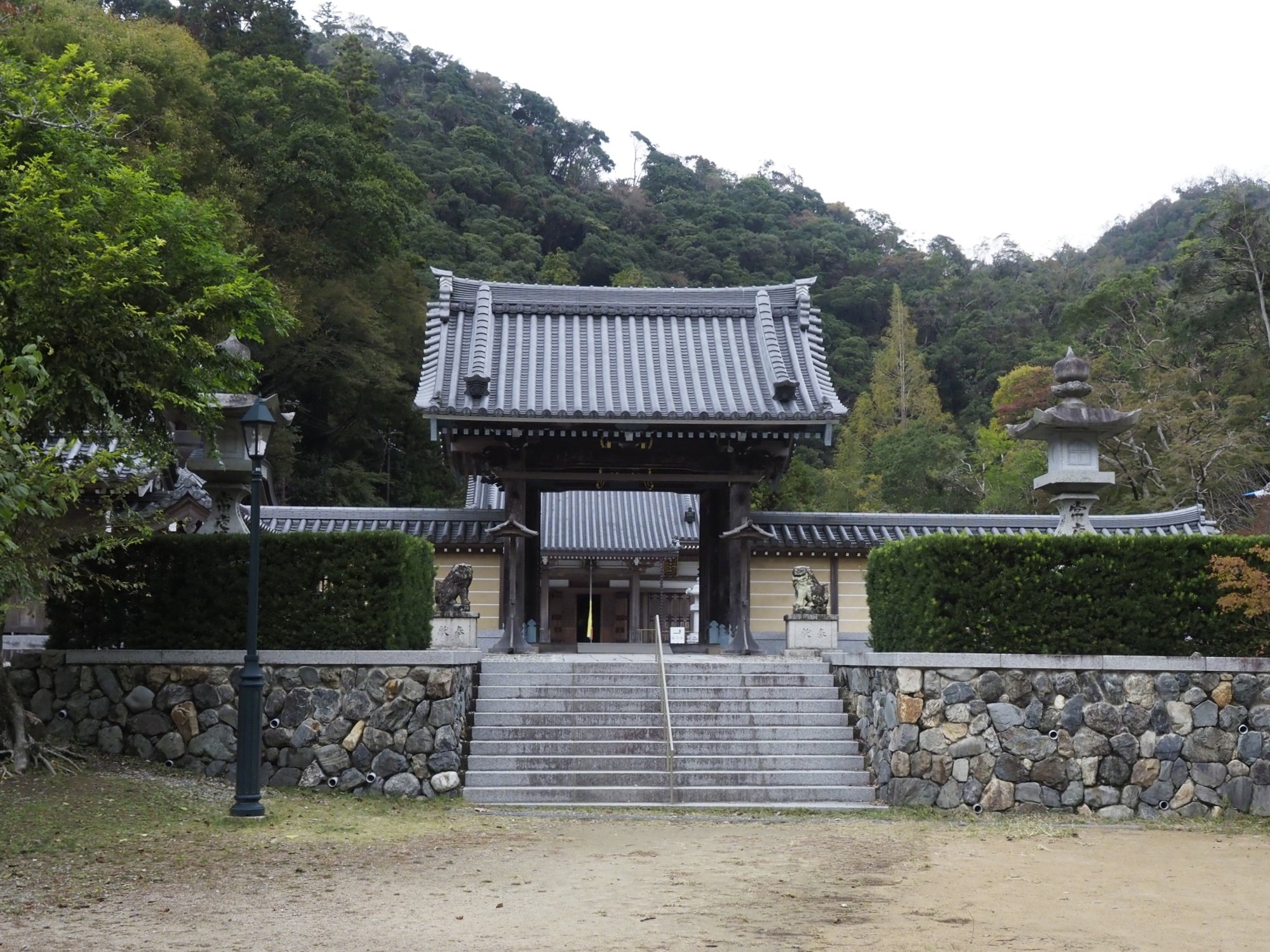 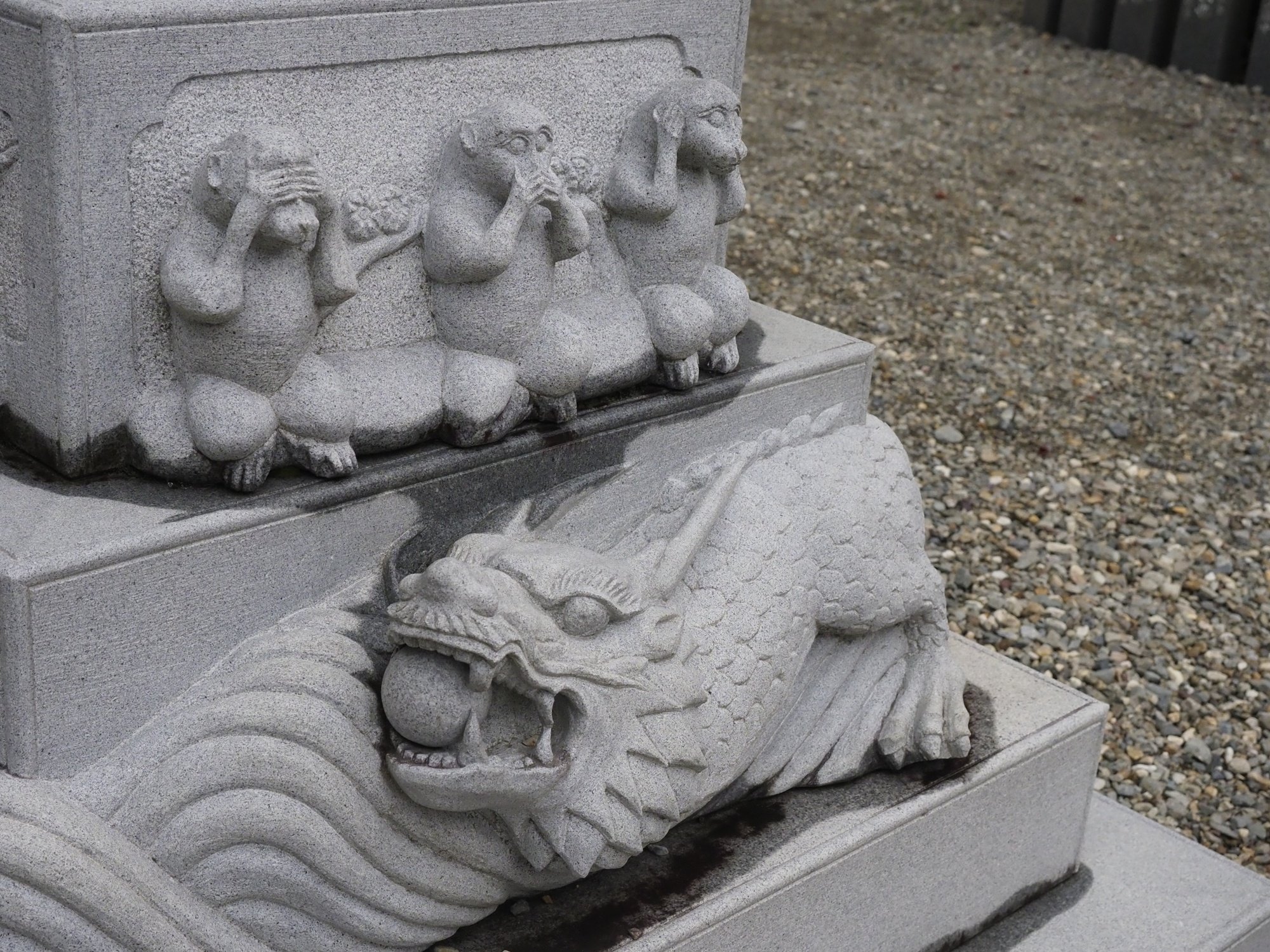 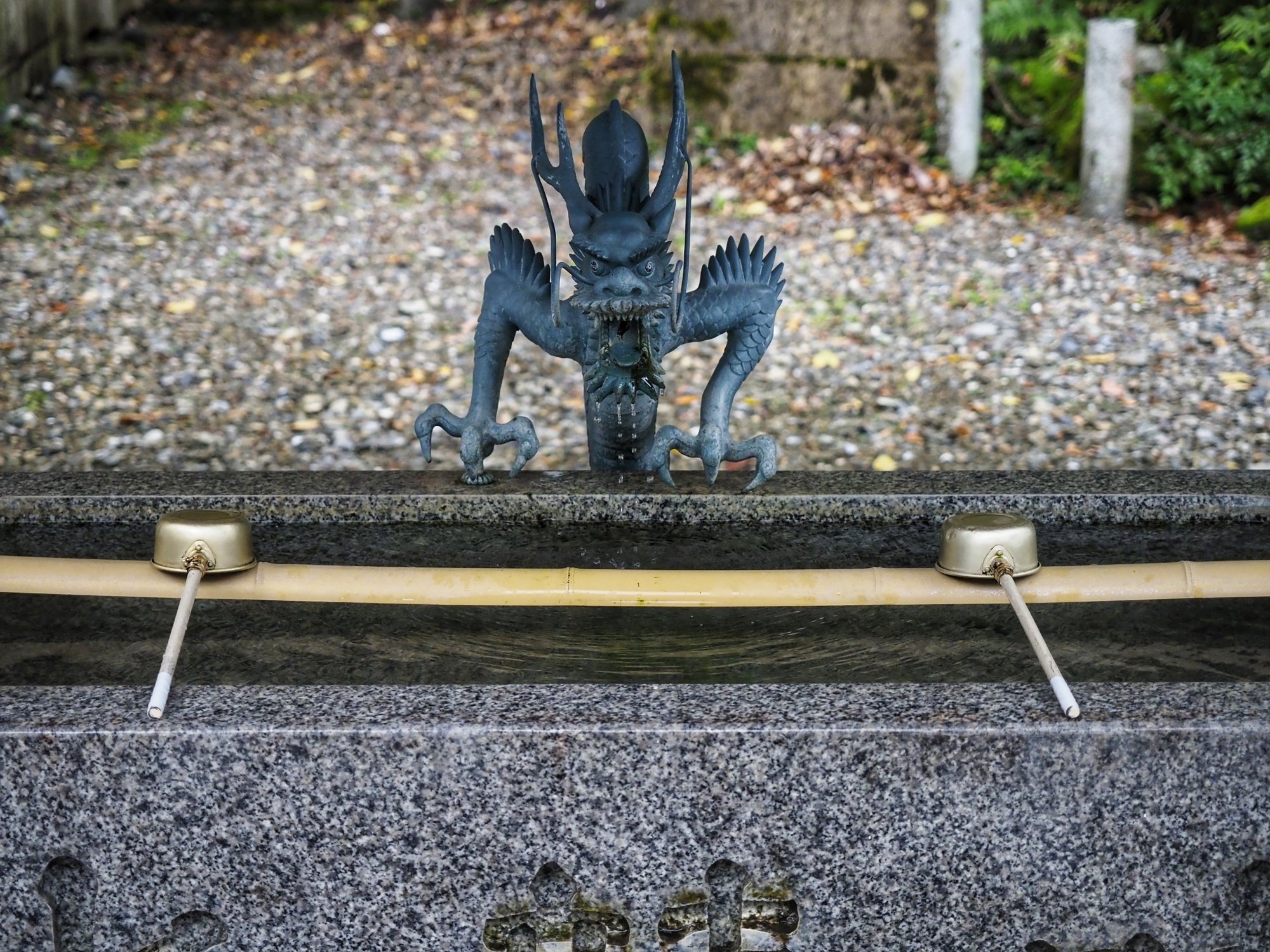 A lot of the small stands on the way where closed but the ones at the end of the road where naturally open. As well as the multiple restrooms on the way.

The waterfall itself warranted a few pictures though sunlight was fading. Not only because of the late hour. After a few snacks (e.g. fish or pork on a stick) and silly pictures we made our way back. 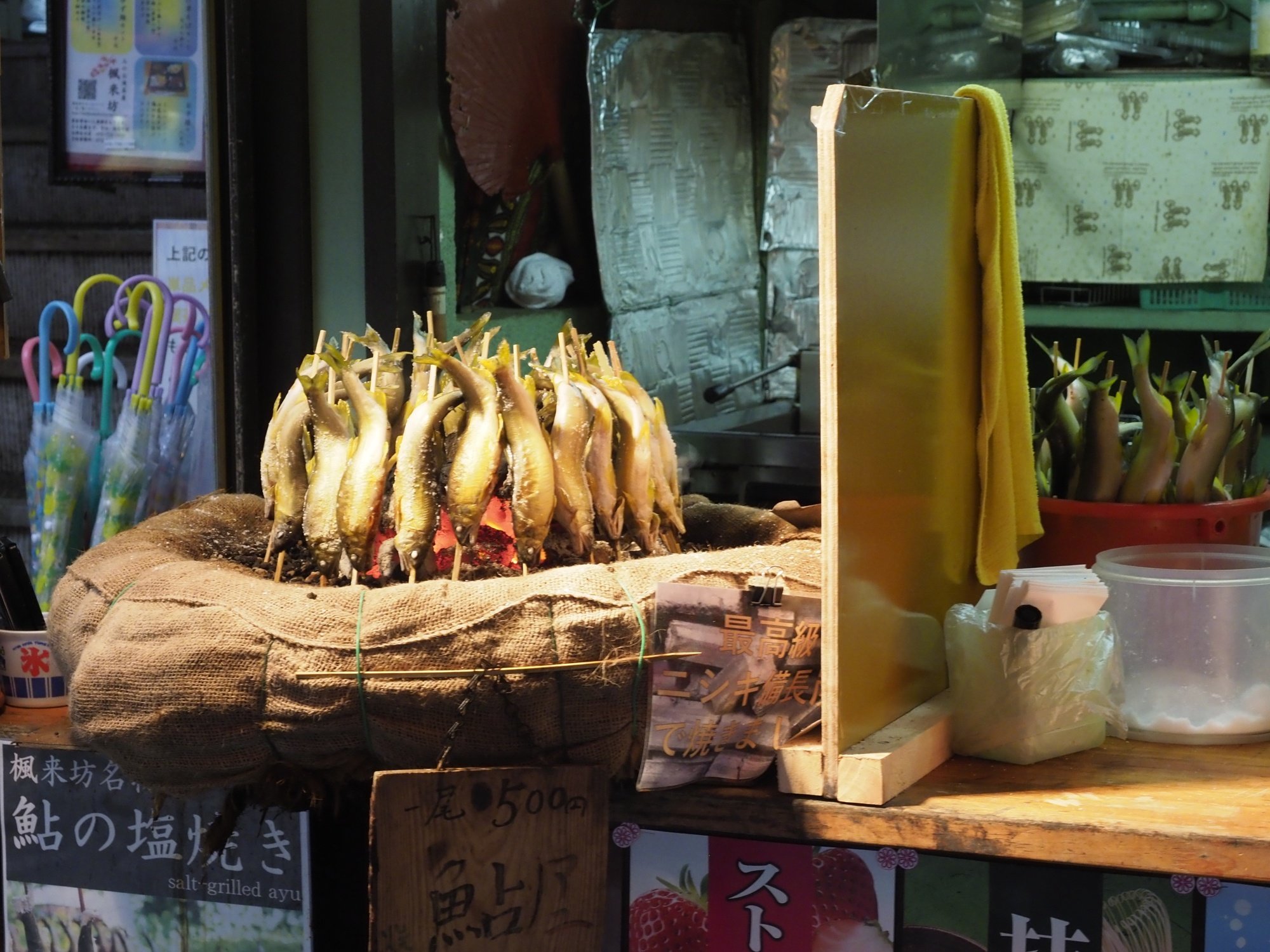 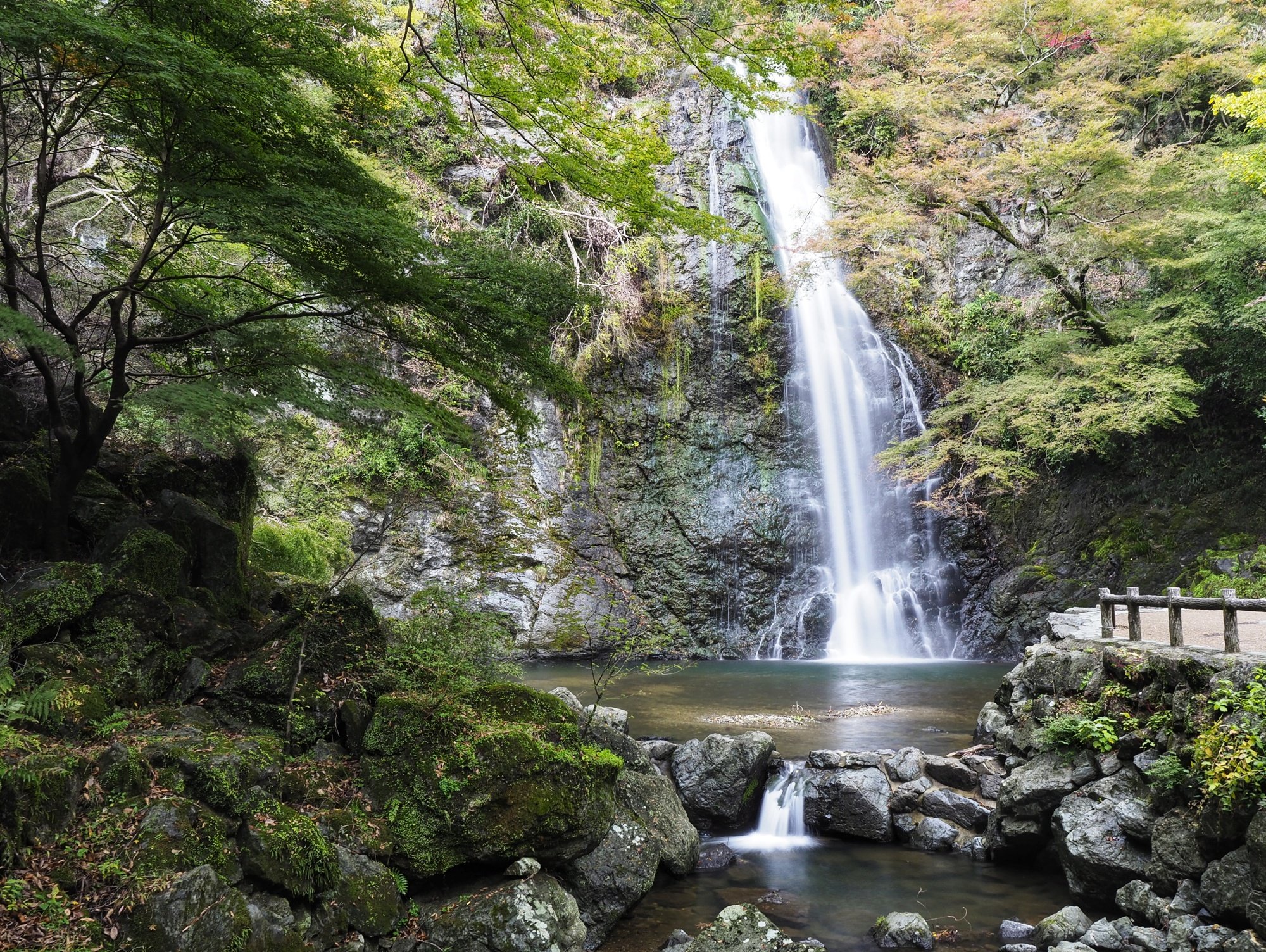 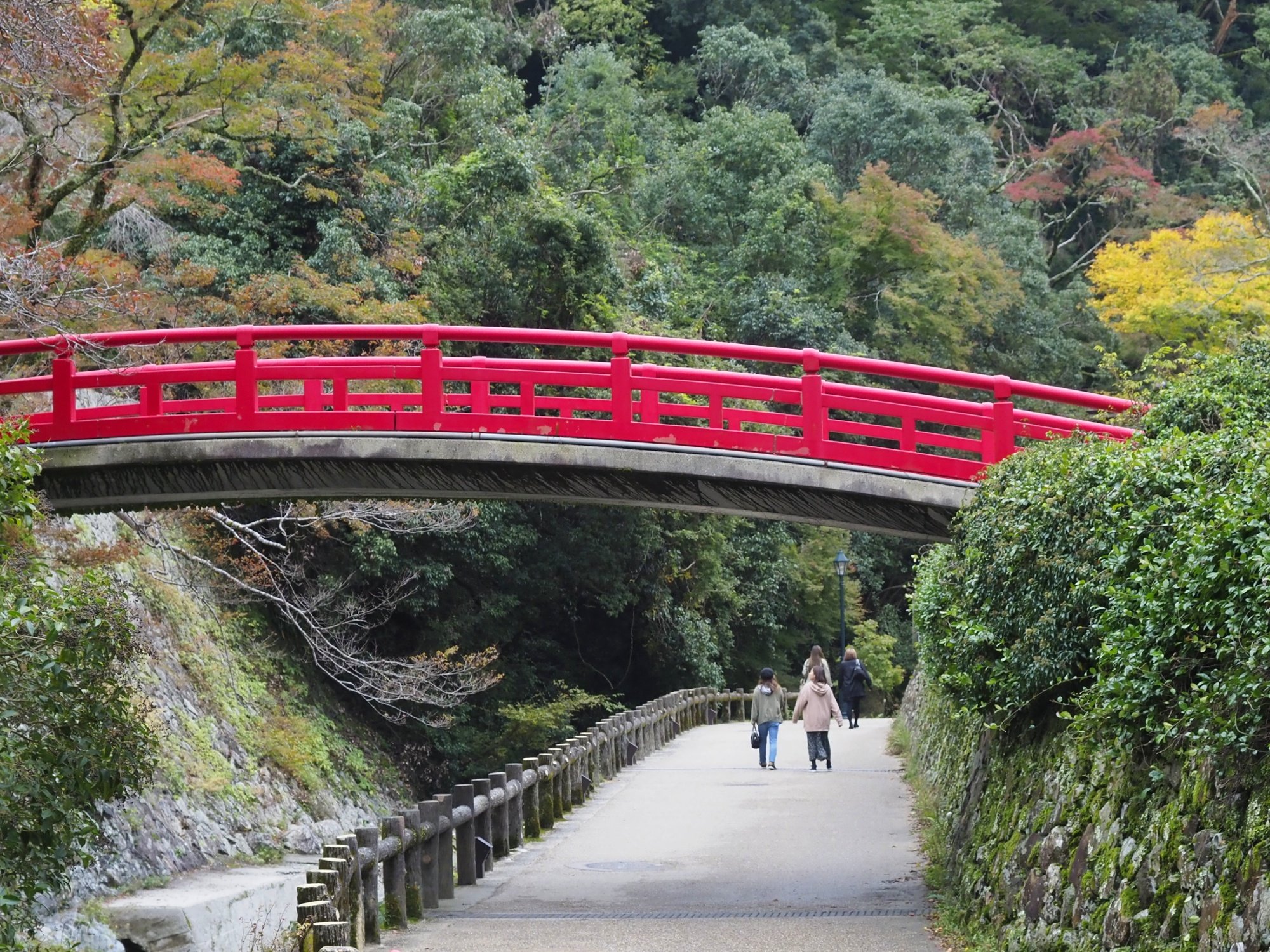 After a second visit to the shrine we met the rest of the group who still wanted to go back up to the waterfall. Despite having to hurry as one of them was up for the sponsored dinner this day. As we made our way down the weather got worse and we a little bit wet. Well our umbrellas and raincoats got wet. 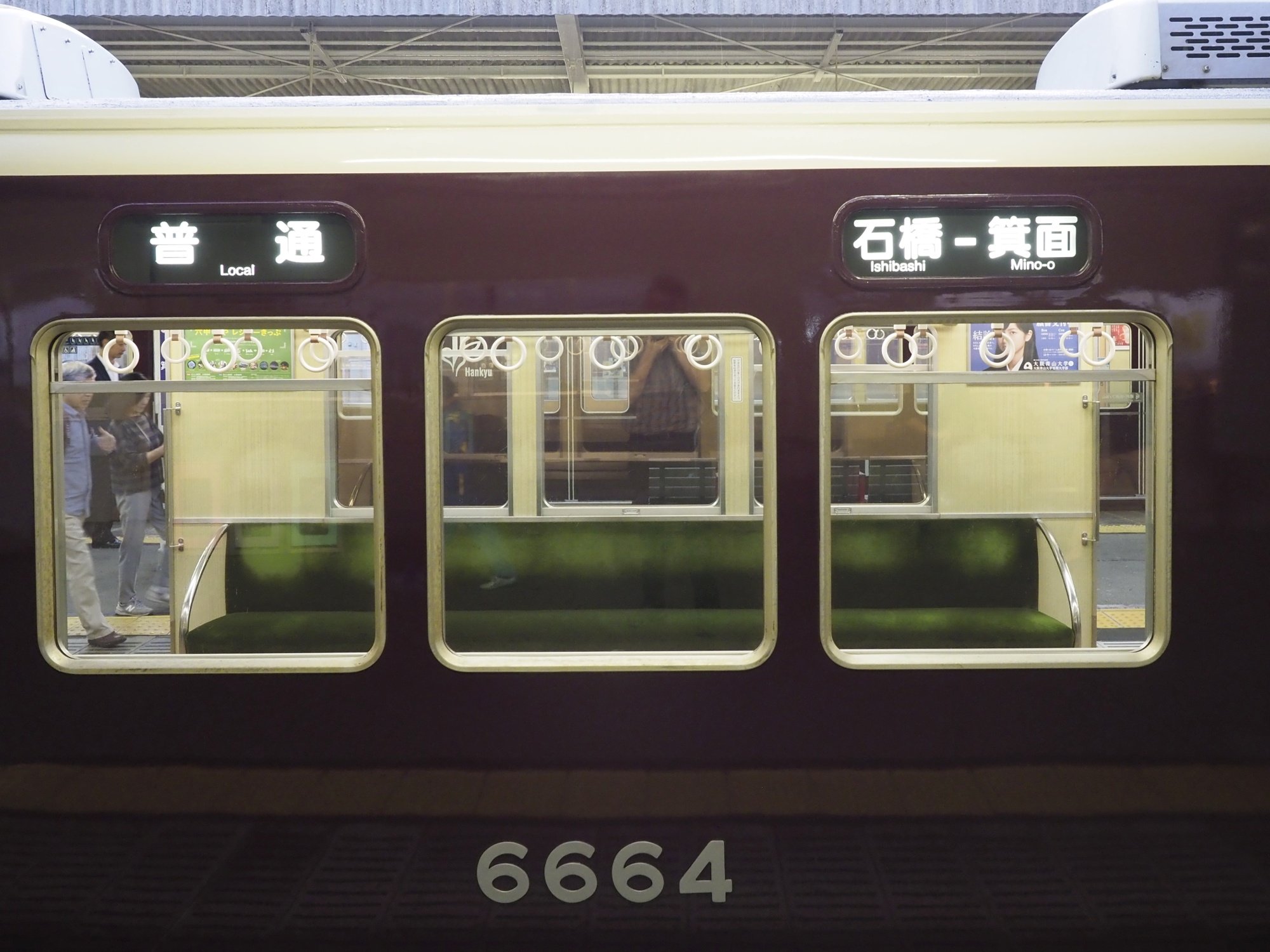 So we made our way back to the hotel where I was able to take a hot shower and change shoes before going back out to dinner. Giosa and pork with kimchi for me.

After dinner the group from the day met back up because we wanted to see the festival of light. 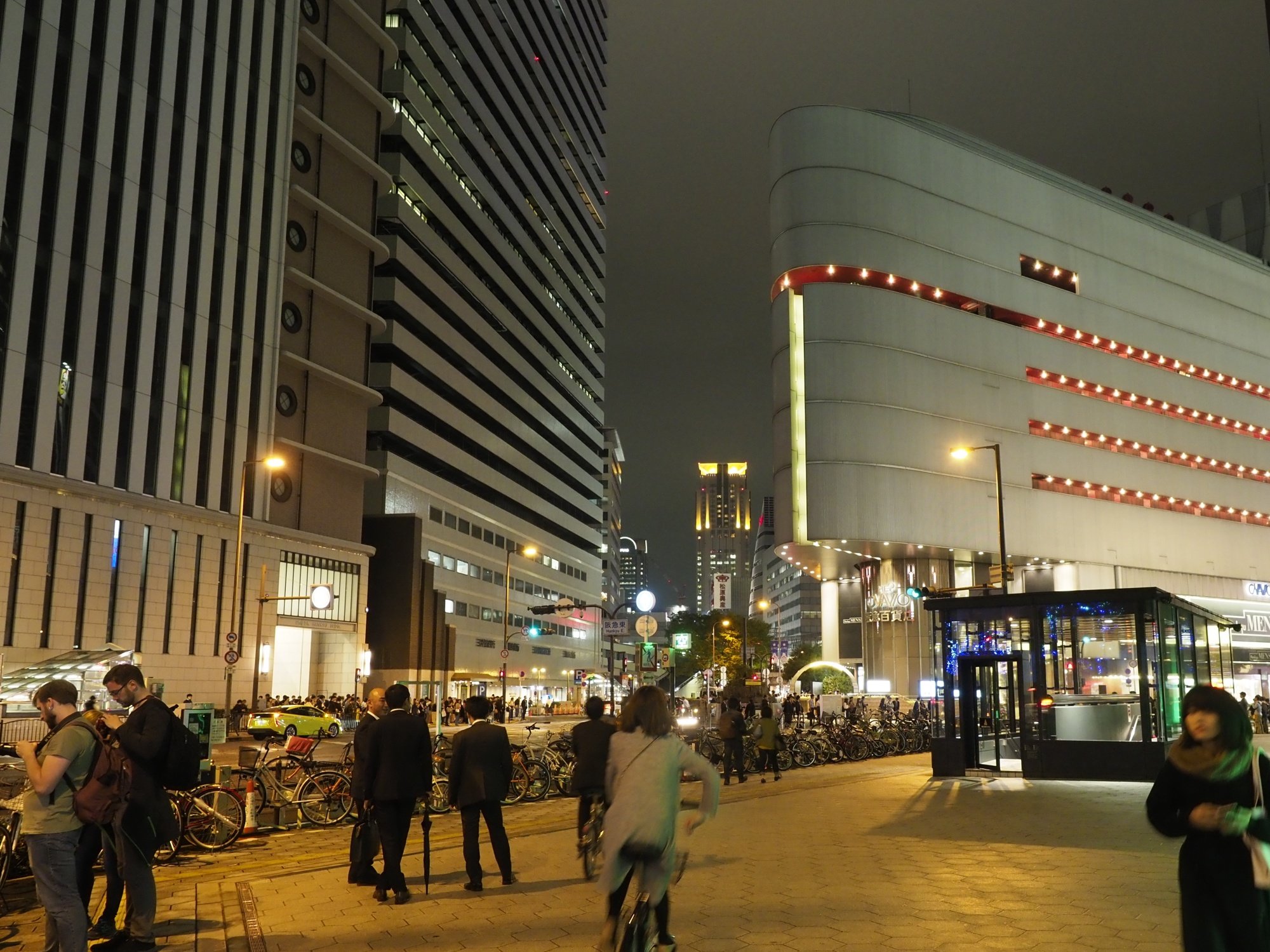 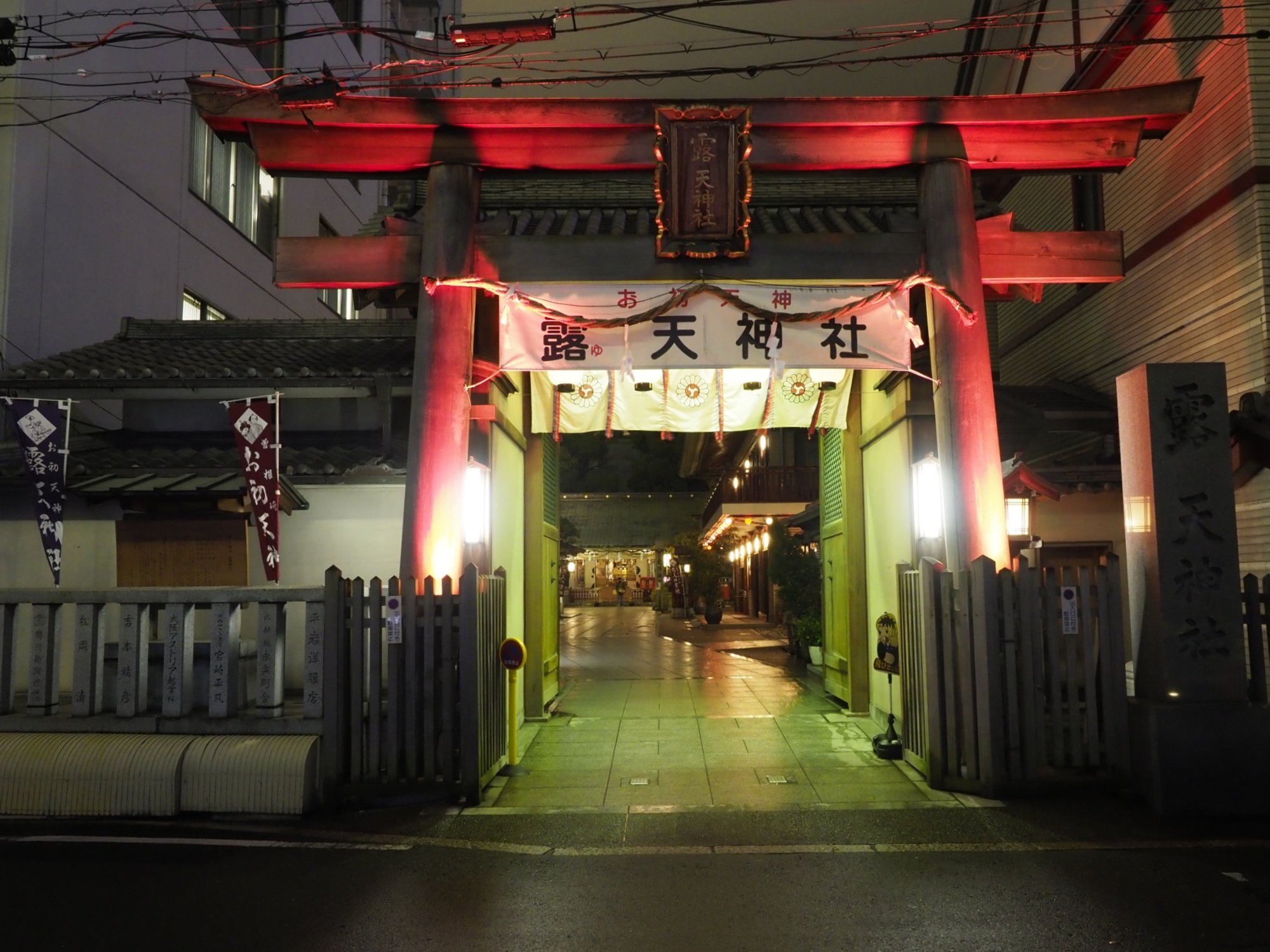 So back to Umeda. From here on out we followed the light and came past Tsuyu Tenjinsha (Ohatsu Tenjin) a shrine to twisted lovers. This time the story was about an impossible match, money, false friends and undying love with an end of murder/suicide.

Therefore people ask for transcending love at this shrine. 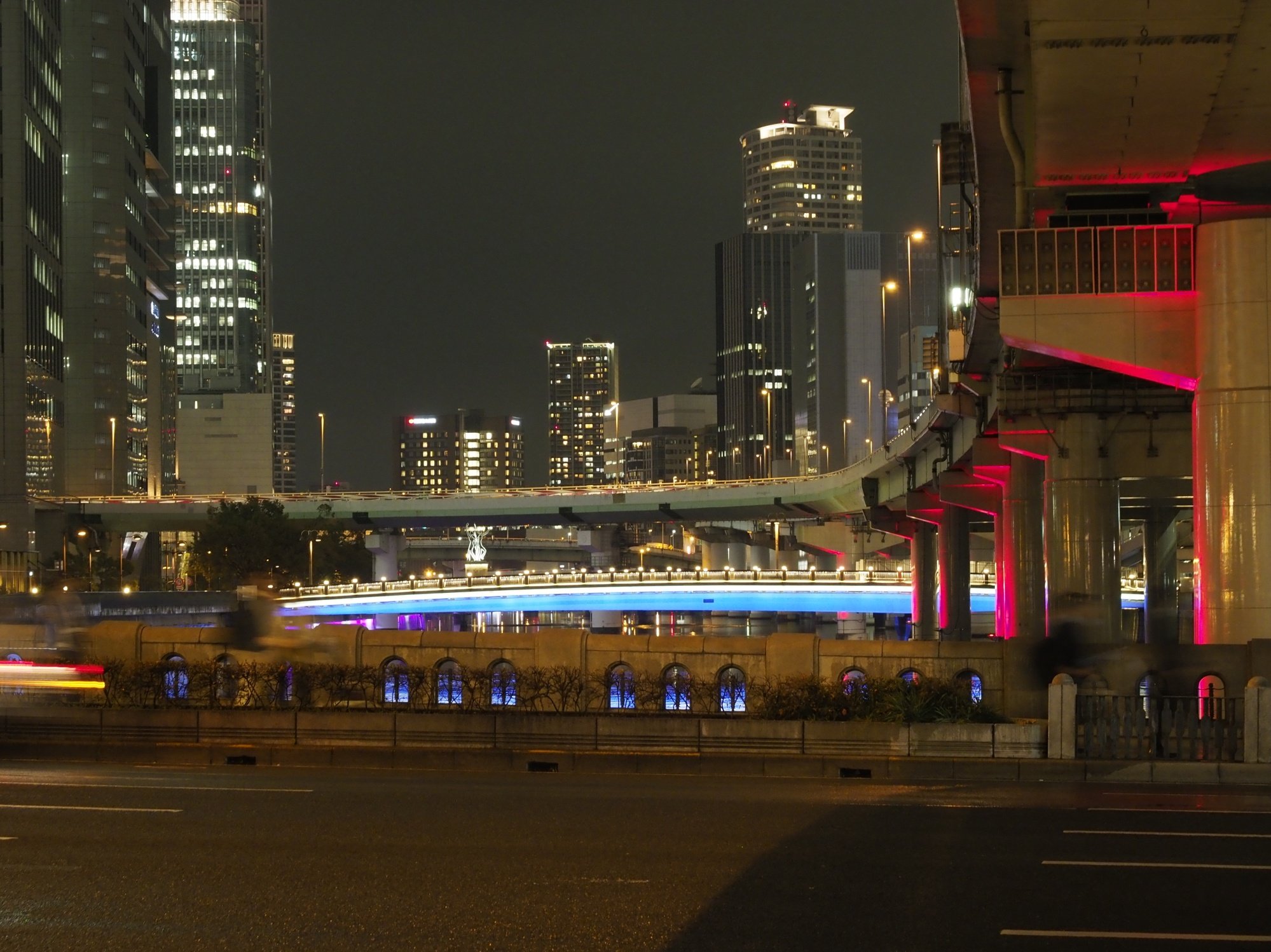 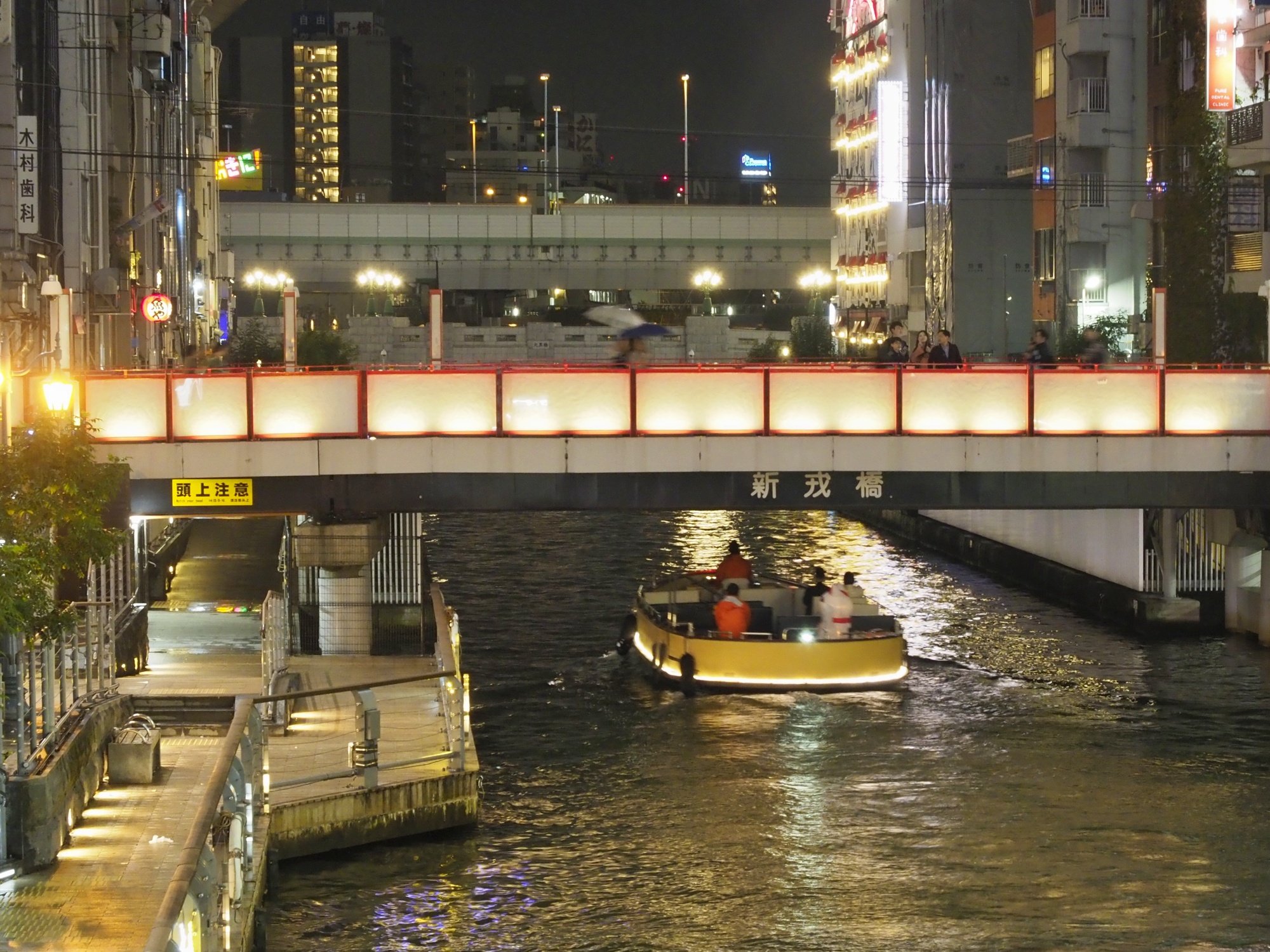 Not long after we made it out of the shrine it started to rain again for about 10 minutes. As this did not bode well for the rest of the evening we shortened our trip by the way of underground train to Dotomburi. Here we took in the different atmosphere at night. To finish the night on a high note we even boarded kind of a ferris wheel. This one was an oval instead of a circle and four seats per gondola looking into the same direction. This was a new experience. The ferris wheel provided a nice view across the city. Even so it was only possible to look into one direction. 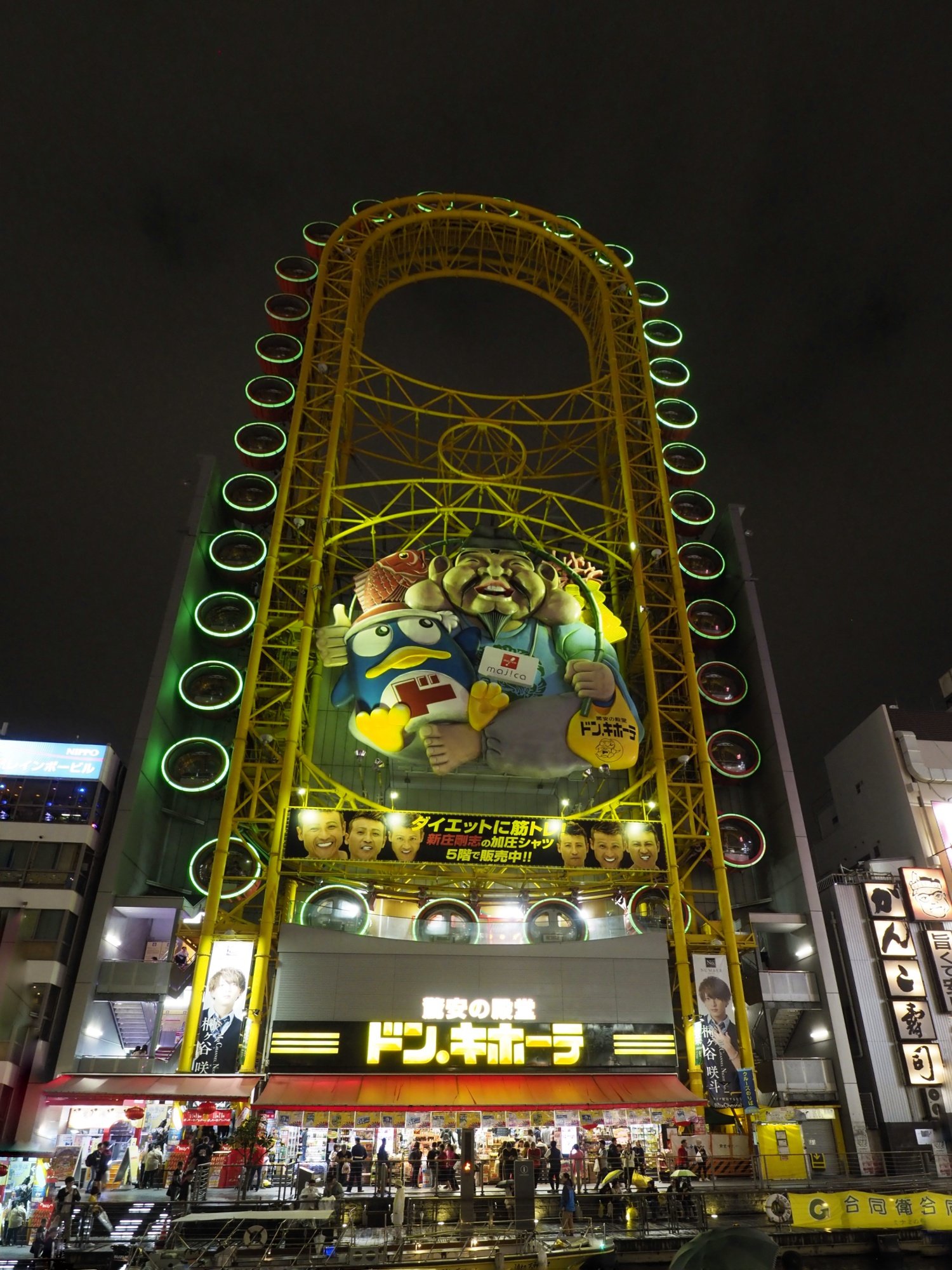 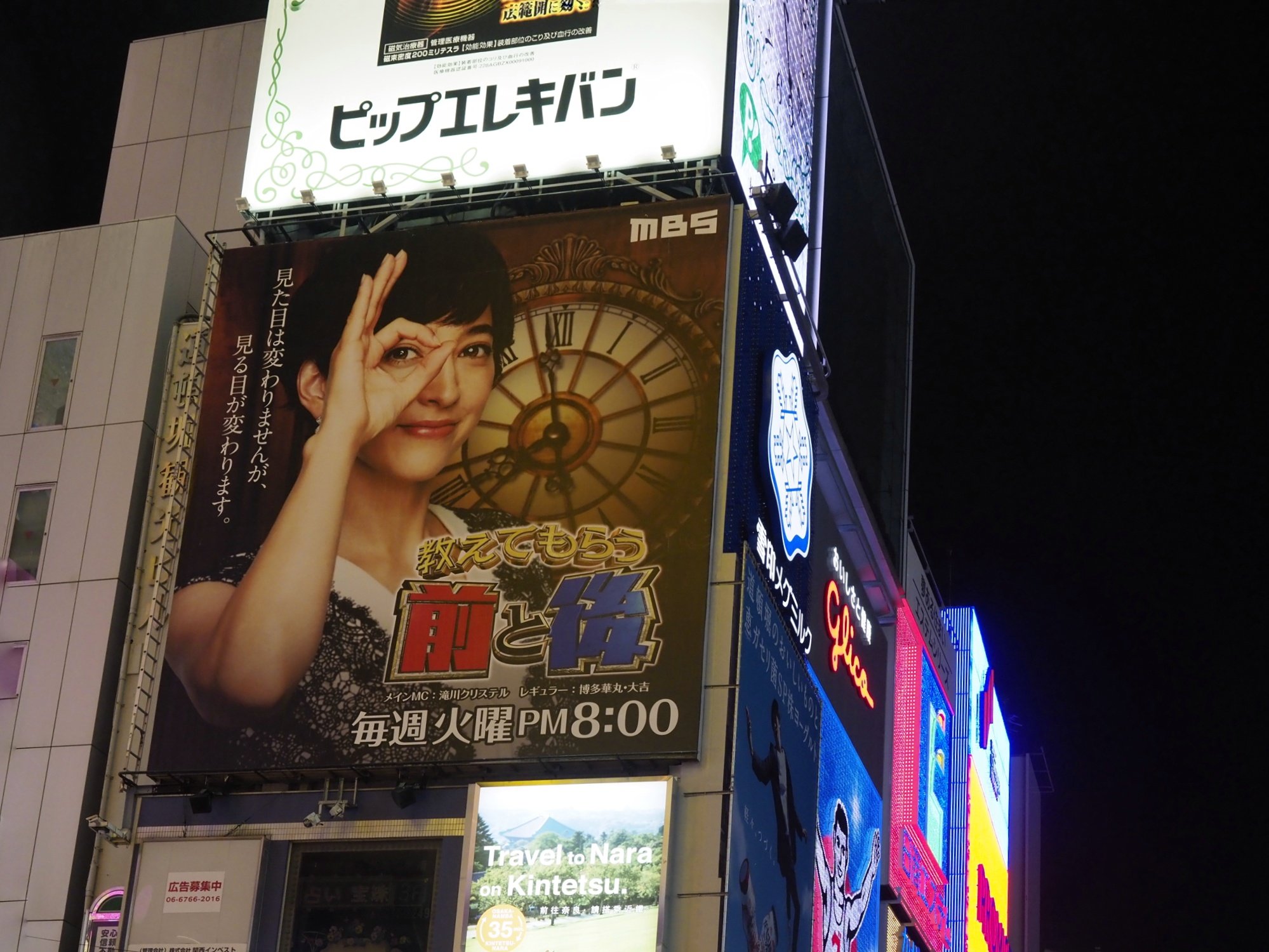 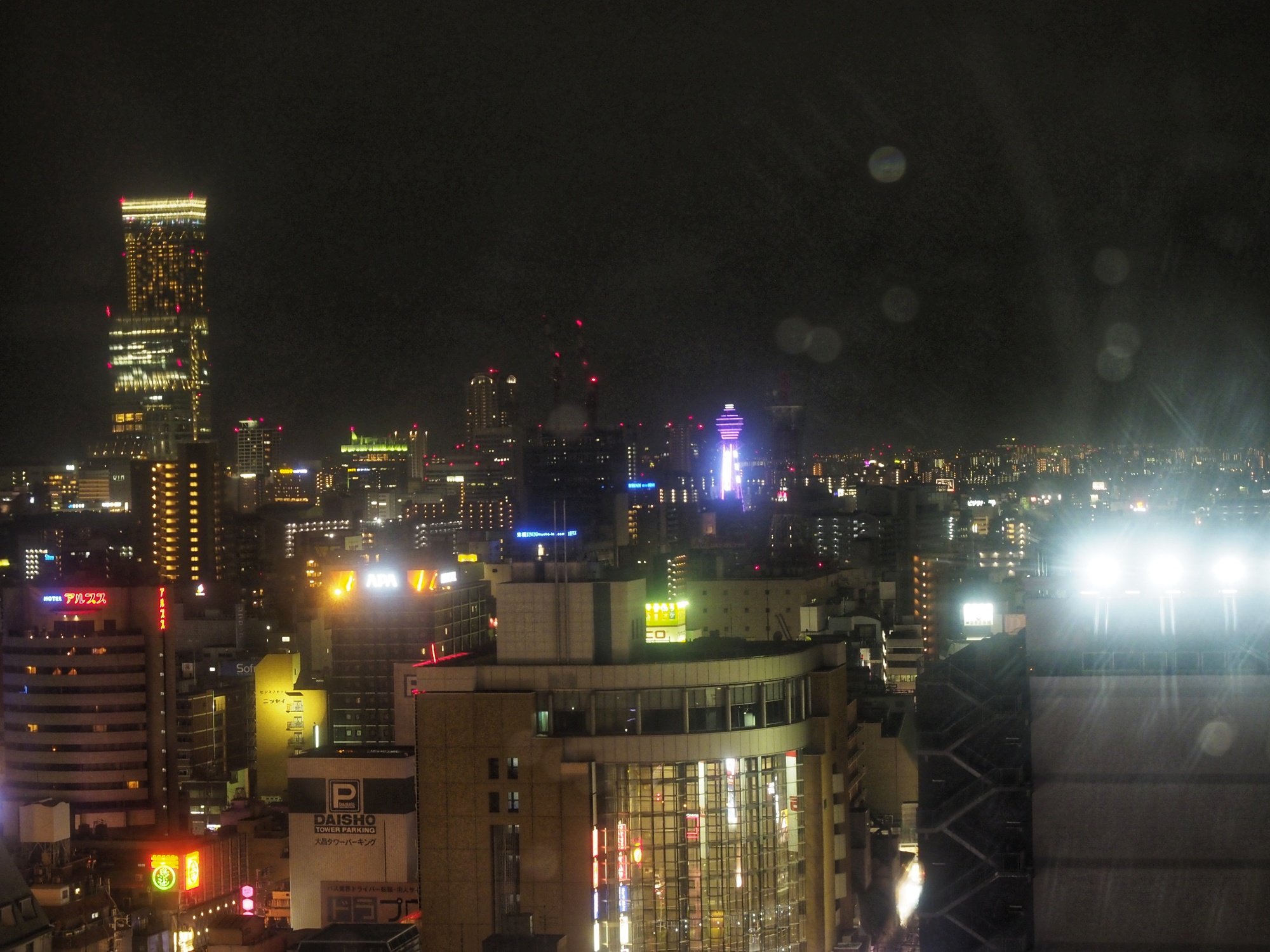 After those who wanted a late snack got their Yakitori we made our way back to bed.