Having just arrived at the place we were already approached by a guy that wanted to sell us a buggy tour in the dunes. Funny part about is: There is only one company selling those trips on the whole island. And you don’t actually can go very far without one of those sand crawlers. Ah and they only take cash. 😉 You see where I’m going with this?

Now we had two “problems”. First we wanted to go through the town first and second we had ony limited funds to go around. Had I been thinking more I’d have had more cash on my on this trip. But all my previous trips had me lulled in a false sense for the cost of a real tourist trip.
We managed to get the guy of our backs and went to the little village.

The village isn’t very big but features a lovely church and a cute little hostel with a very friendly owner. We went in to ask if he knew a way to get money – he didn’t. But he did invite us in for a glas of flavored water and told us a little bit about the history of the village.
The house the hostel is located is the last original one and of portuguese build. They were about to raze it and build a newer one in it’s place. Instead he decided to buy and restore and extend it. Now it has space for a few guests with their own kitchen and everything. The only danger to it is the dune and the river which are taking over more and more of the vilages space.
(I took no pictures of the hostel though. Sorry.) 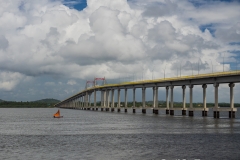 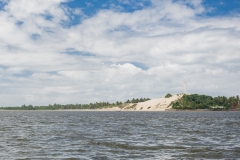 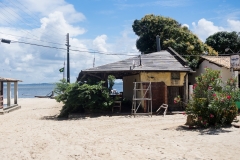 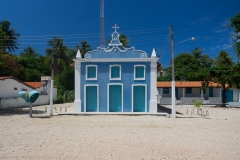 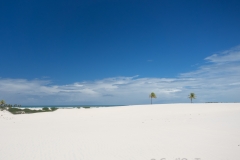 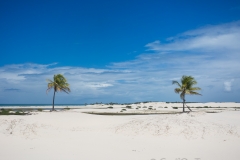 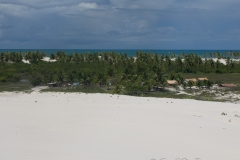 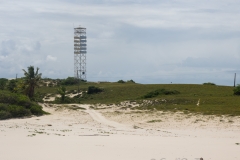 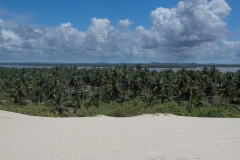 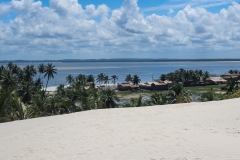 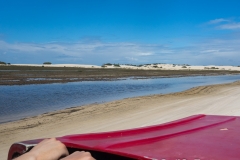 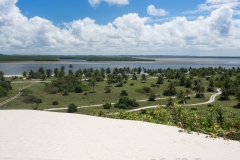 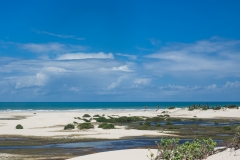 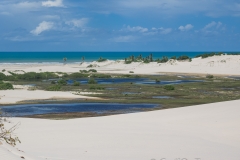 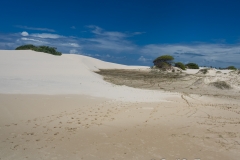 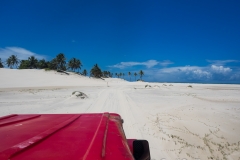 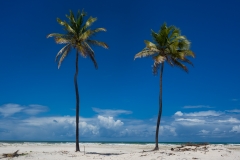 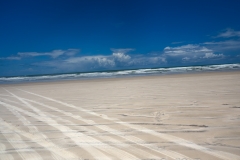 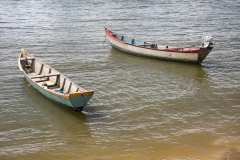 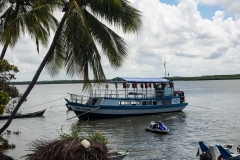 Next we threw all of our money together and managed to book one of the buggy tours. Somehow it always works out. Even if you might think it doesn’t. You might complain that it is not environmentally responsible to drive around with those. Well streets aren’t either. So we had the choice of wandering through the dunes in the hot sun on our own or to use the services of a driver who always drives on the same routes.
So we visited some nice vistas and Romeo and Julia, two palm trees.

Afterwards we were brought to the beach which has a few restaurants right at the waterfront. There you sit in the shade with a plastic table and some plastic chairs or you can relax in a hammock.
Why plastic? At high tide you are litterally sitting in the sea. With the waves going over your feet.
For those who prefer to go into the water: The water is very shallow and warm. So that’s probably one of the reasons why we met lots of families with children there.

So we did have a nice lunch and some rest in the shade. The time we agreed on earlier was too short and we were driven back to the port. With both of the drives not really being on the short side we where happy that we didn’t attempt to do this on our own.
Afterwards we took a few more pictures and then waited for our ride back to the car. For some reason it arrived early (maybe one of the guys called him for us?) which was a very pleasant surprise.