Another beautiful day in Rio asked to be explored. This time my companions from yesterday wanted to do the walking tour and maybe walk up to Cristo Redentor afterwards. Unfortunately this would have been a little bit tricky in the end because once you walk up you have to walk down again or pay the full price. And the decend could have been in the dark.
And I was told over and over again: Being out in Rio when it is dark is always a bad idea.

I had already done the walking tour and did’t think it was too exciting. So it was not too hard to convince the ladies to skip the walking tour through Lapa and Downtown.
This time Ludo a guy from France decided to join in. So we went to Parque Lage using the directions given by Angelo. To get the right ticket for the Metrô and Metrô Na Superfície took some convincing. Tourists (and locals) usually don’t want to go up to the statue by foot. And going the traditional way doesn’t need the Metrô Na Superfície which is basically an express bus.

In Parque Lage we had to find the start of the trail which is in the right back if you enter through the front door. Right at the beginning there is a guard house where you have to sign in with your name, address and phone number. Probably in case you get lost.
Afterwards the trail first starts pretty tame. But after the waterfalls (which didn’t have much water when we where there) it suddenly gets pretty steep. I was really happy that I opted for the good shoes today.
The climb was in wooded terrain except for the very end where it meets up with the street. And there where some nice vistas on the way.

Up to we had to pay anyway. But instead of 66 reais with transportation is was supposed to be 22 reais. In the end we paid only 11 reais. I still don’t know why there was the discount that day.
After we enjoyed the view from the statue – which we could appreciate more because of the climb up we had some lunch. Then we made our way back down again. – Before sunset. So we missed that. 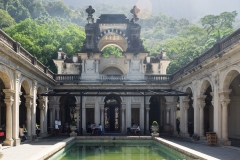 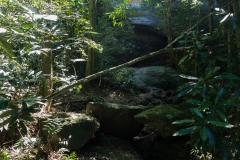 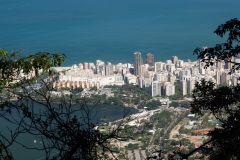 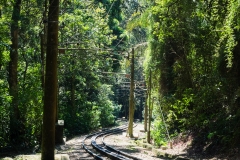 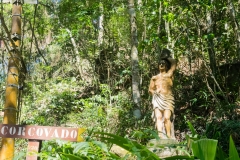 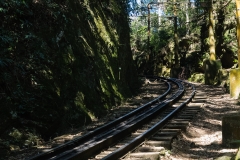 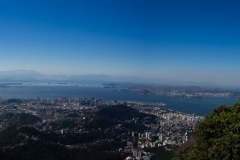 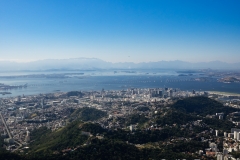 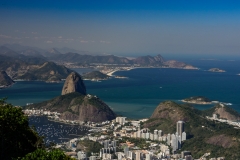 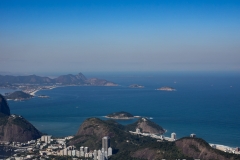 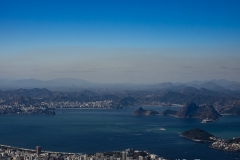 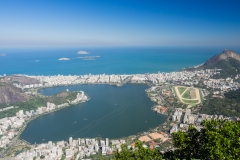 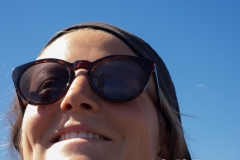 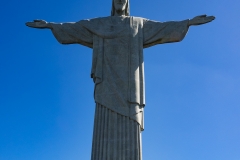 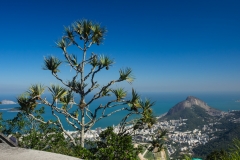 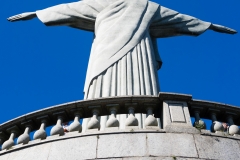 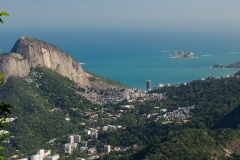 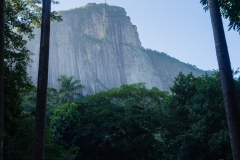 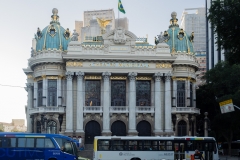 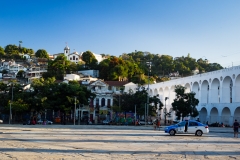 Part of the deal was that I’d try to show the rest the group the Escaderiea Selaron. So we used the Metro back to Cinelandia where I showed them the end of the walking tour with the the buildings around Cinelandia. For example the opera house which was inspired by the opera house in Paris.

And then it was off to the Escaderiea Selaron where we stayed till sunset. This might not be the most usual place to end your day in Rio but is was still very nice.

For dinner we changed the Spagetti up a little bit and added some garlic and toasted bredcrums with majoran.