After a nice lunch together with some of the other walkers (goat in my case) I went on to Vivero Cumbre. In the this park used to be the main quarries for the stones used in Santiago. The cobblestones in Plaza de Armas (the main square) came from here.
On top of it was an observatory used to map most of the southern skies. Now it is in disrepair unfortunately.
The quarries (and the land around) were turned into a park at the turn of the twentieth century with a casino on the top. A funicular was added later on as well providing a direct way to the statue of the Holy Virgin overlooking the city. 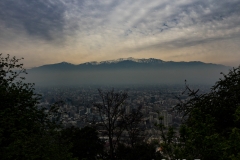 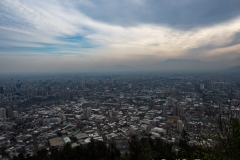 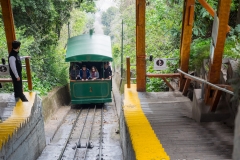 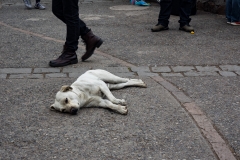 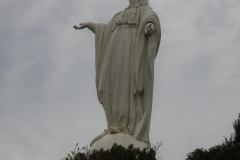 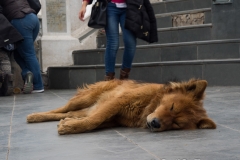 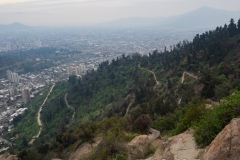 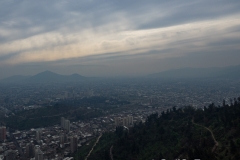 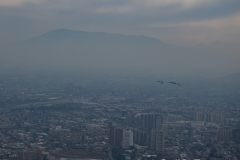 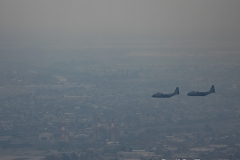 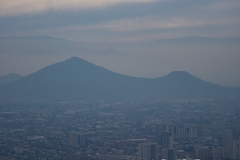 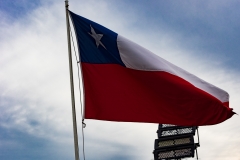 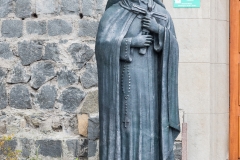 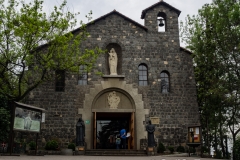 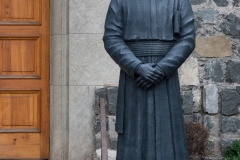 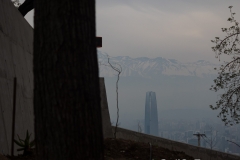 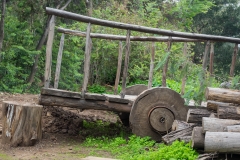 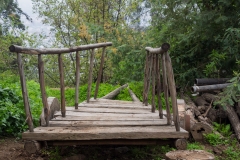 While I was up there some festivities for the Fiestas Patrias were concluding with an overflight of different aircraft.
After going back down and trying Mote con Huesillo it was time for me to go to to the airport to make sure I got there in time. (Or way too early as it turned out.)