Today I got up a bit earlier and low and behold there was milk to go with cereal for breakfast.
Maybe this was to make up for the earthquake I could experience the night before. Actually it was just as if someone shook the house a little bit. Not worse than some trucks passing by I experienced at home.

After a few stops with the metro we arrived at Cementerios. From he here you can enter the main cementery where about 3 million people are buried. You need to be chilenian to be laid to rest here (no matter the religion) and your grave has to be bought. But for that you can stay in there forever. As a result everything from apartment buildings to big mausoleums to a high rise (by the Italian community) have been built and are being populated.

For the people in Chile the dead don’t just vanish of but stay around. Therefore they come by to celebrate some holidays with their ancestors. When children die they often bring them presents for their birthday and the groundkeepers decorate for Christmas.
Another strong connection between the living and the dead is because of local saints. To become one one had to be innocent and died a tragic death. Thereby they are supposed to have a seat nearer to god and his ear. So people ask then for favors. If the favor is granted they thank the saint publicly thereby telling others of the saints strength and strengthening the saint. And so on.

As the cementary is one of only a few green places in the city Santiagoans use these grounds for recreational means as well. Many a first kiss is supposed to have been exchanged next to one of the graves. 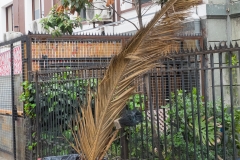 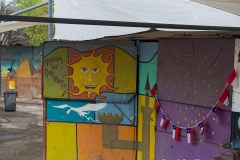 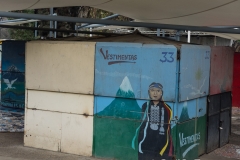 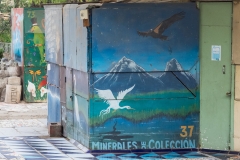 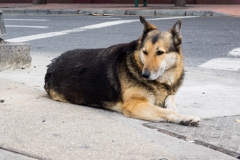 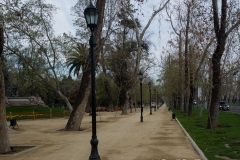 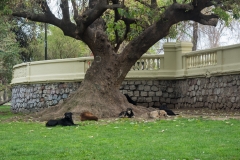 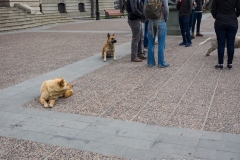 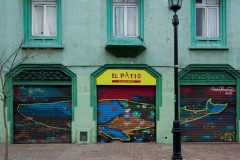 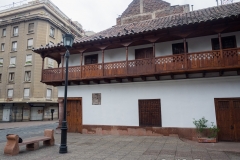 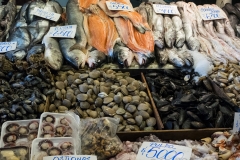 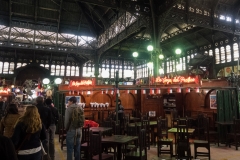 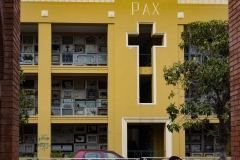 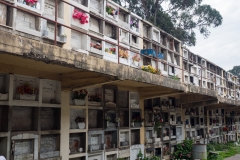 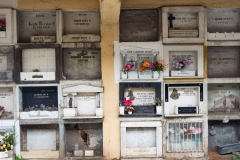 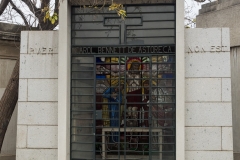 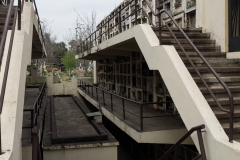 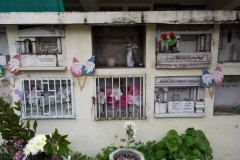 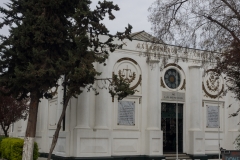 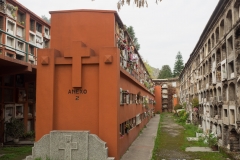 The conclusion of the tour was a taste of a chilenian drink called Terremoto ( earthquake) made up of cheap wine and pineapple icecream. All the sugar gives this concoction quite a kick.