At the beach in Barra

Today was going to be a more relaxing day. We – that’s the female contingent from Salzburg plus her Brazilian boyfriend and me – were going to the beach in Barra.
So up to the elevator, down and looking for the right bus stop (and bus) behind the Mercado Modelo.
Without someone asking around who really spoke the language the ride might not have been that easy to find. But as it was off we went through Salvador without a hitch and came to Barra. From where it was just a few steps to the beach going through an esplanade that’s only recently been closed to all motorized traffic.
The first beach we went to had some stony patches and the waves were a little bit rough. So we stayed at the shore and did some stuff. Being a little bored we guys even did a little bit of “sparring” which means that the other guy showed me a move to get out of a hold but otherwise pretty much kicked my ass. 😉
After a while we decided to go on to the next beach just after the lighthouse/museum.
This one was visited by way more people. And it actually was nicer with smoother waves and clear water and sandy ground.
So we swam and joked around. Took some silly underwater pictures with my camera and watched fishermen working together to get a stingray out of the water. 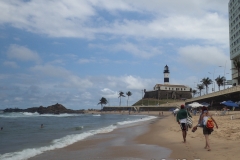 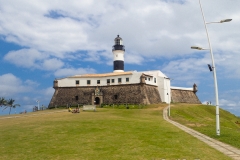 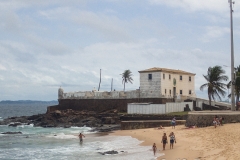 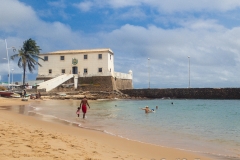 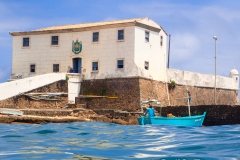 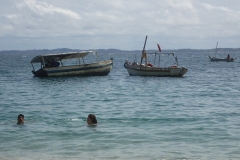 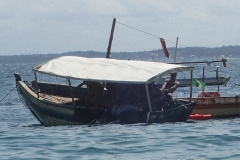 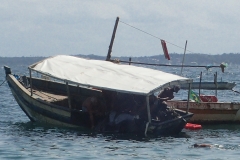 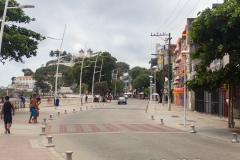 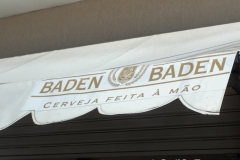 In the afternoon we decided to eat something and go back to the Pelourinho. So at the beach we had a mixed plate for five and afterwards took our bus back.
The evening before we had brought or laundry to a “Laundraria”. So we picked it up and went to the hostel to seperate our stuff.
As we were supposed to meet up with the rest an hour later I went to my hostel put the stuff away and changed clothes.
Share