To start my stay in Rio off I decided to walk around the neighbourhood of Santa Teresa. That’s were my hostel Santa Mix is located anyway.
This day was ment for me to get a feeling for the city and how save it is to go around. So I only took the small camera with me. It’s easier to conceal and doesn’t need a big bag to be carried in.

So up the hill I go. Unfortunately my first choice for a viewpoint (Castro Maya) was closed on mondays so I go back to Largo do Curvelo where I get to see something that has not been in use for the last 4 year. The bonde de Santa Teresa was abandoned for the last years and is being put back in service for the olympic games.
Right now it runs gratis as they want to iron out the latest kinks. But only between the station next to the Petrobras building and and Largo do Curvelo.

Afterwards I went on to look around a little bit more.
In the end I found a very nice viewpoint that I wanted to visit again with the better camera. 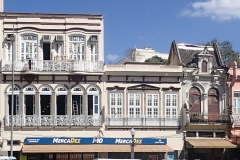 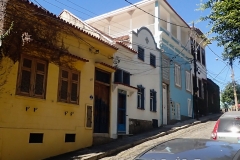 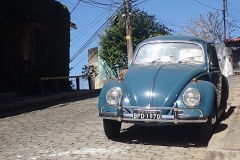 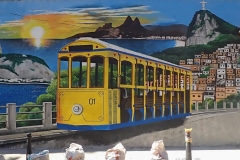 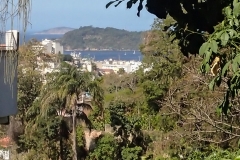 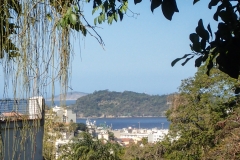 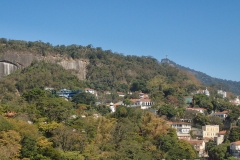 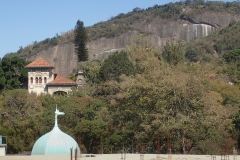 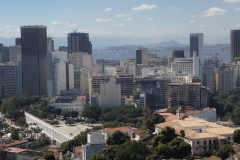 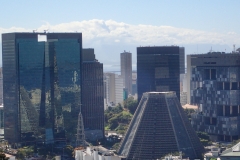 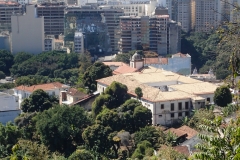 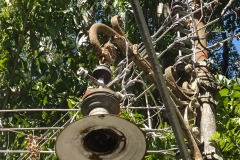 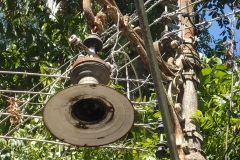 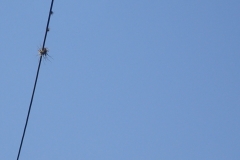 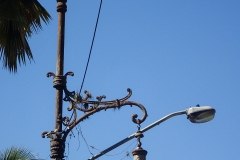 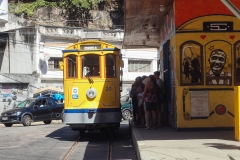 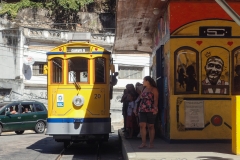 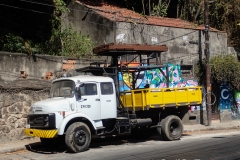 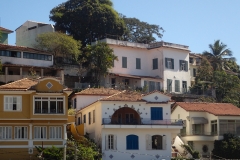 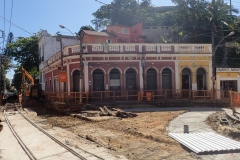 In the end I went down to Gloria to get some groceries so I had something to eat.
About the feeling I wanted to get… – The usual streets in Rio seem to be just as safe as every other big city. You watch your valuables but you want get robbed at every corner. Well – not at gun- or knifepoint anyway.

Gabriel – one of the other guys in the hostel – sugested we go to Centro as a group to a street party playing samba. So after a pizza with a french guy who is getting married in two weeks and Angelo we went to the party with two other girls from Wales that left the next day.

Caipirinhas, live musik and lots of weed in the air was what I found there.
After we went back to the hostel we were all a little bit drunk and some high so the guys from the hostel remembered some cachaça made by a previous guest that was left. That stuff was strong… but we managed to build a caipi of it that didn’t taste too bad.

So with alcohol and some new memories the first day came to a close at two thiry am the next day.