This is one of New Zealand’s famous walks. It does only take a day so in summer you do it on your own. Well as on your own as you can be with 3000 people per day.
All you need then is someone to pick you up at the end (and maybe to the beginning) because the end of the walk is different to the start.

In winter it’s a little bit of a different story and commercial tour operators require you to take a guided tour or they won’t drive you around. But you get the gear included in the price.

Pickup is at 6 o’clock in the morning. Or a little bit earlier to be exact. On the bus they check your gear and get you what you still need. Boots and crampons in my case. But they have fleece pants and jackets, socks, jackets and rucksacks as well. You could even bye sunglasses and water from them.
After we arrived at the drop off everybody got an ice-axe and we started walking. One guide in front, middle and one in the rear. The start was easy to middle hiking and the lead guide set a brisk but manageable pace. After about 4 km there is a second set of longdrops before it goes up the devils stairwell. Here we had a few minutes until the rear caught up.

The steps are somewhat exhausting but luckily there was no more snow. At the top we waited for the rest to catch up again and then the way led us over a snowfield.
Luckily the night before was quite cold and the snow had a little freeze. So we did not sink in like the other group the day before.
The next stretch up to the ridge got a little bit more existing as the wind picked up quite a lot threatening to throw us over. For the last part up to the highest point of the trek we did use the ice axes as this was mostly going in compacted snow at the steep angle.

On top you could lean into the wind and actually work quite hard not to be blown away.

The next part of the treck went down again. But instead following the summer path which goes along the ridge of the crater we went down a snow slide right into the crater.

How those slides work? Sit down, give yourself a push and if you want to stear use your ice axe. Sweet as…

After taking two of these slides we went through the snow again which still hadn’t turned to slush. So easy walking again. After the next ridge we had lunch at a place that was a little bit more sheltered from the wind.
The rest of the trail is just going down in slow serpentines past the DOC hut that was hit by the last volcanic eruption in 2012. This was our last stop and then we went on on our own down to the exit. 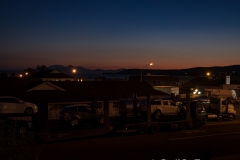 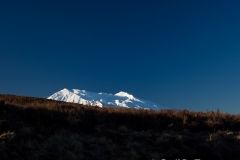 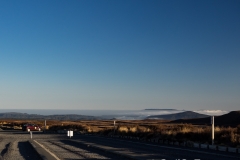 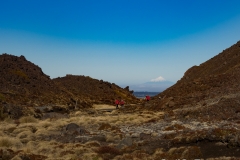 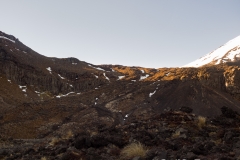 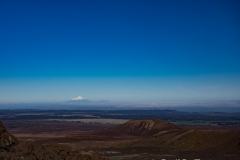 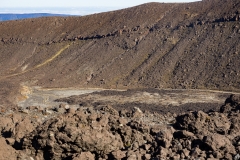 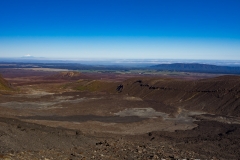 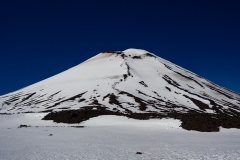 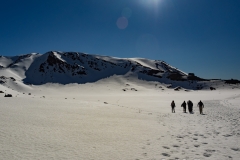 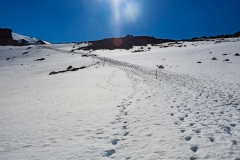 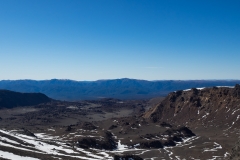 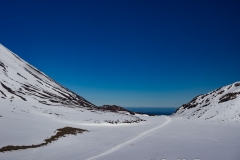 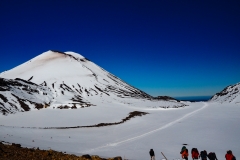 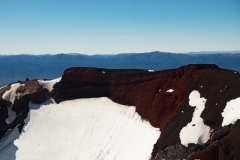 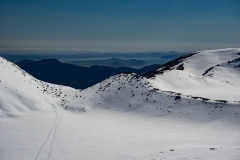 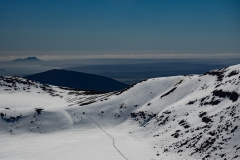 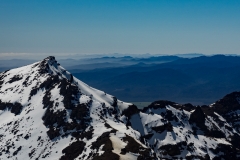 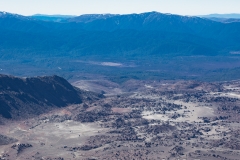 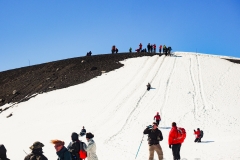 The whole group was finished at 3 o’clock which our guides really loved because that meant getting home earlier. Especially as the day before the group hadn’t finished until six.

The transfer back to my hostel was uneventful.