Today was a bit of tramping on the menu.
But first I went with one of the sea shuttles all the way up the national park past two different sea lion colonies. Halfway through the trip the captain informed us that the boat had trouble with the hydraulics working the gangway. So some of the passengers had to get off at the back and wade through water.
We were picked up by a second boat (with working hydraulics) without making landfall.
After the ultimate stop the ride went back down to the middle of the national park and I switched waves for solid ground to walk part of the Abel Tasman coastal trek down to Anchorage.
I had to try out the detours of course . (One of them was aptly named sandfly bay, where I picked up few bites. Those evil creatures not only suck blood. They actually open wounds to do that.)

The coastal trek has two different routes depending on the tide. Even though it was low tide and I could have taken that one I chose to take the one for high tide. It was supposed to take an hour longer. Because I didn’t know how I actually was regarding time I skipped Cleopatra’s Pool. In the end I had almost three quarters of an hour left at the 20 minutes sign. 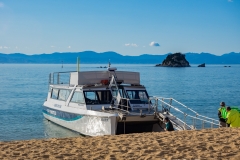 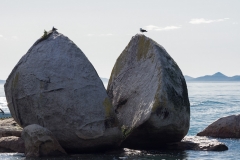 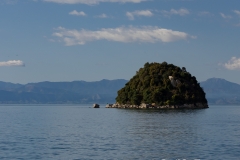 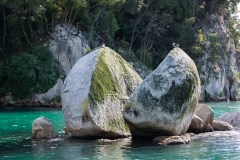 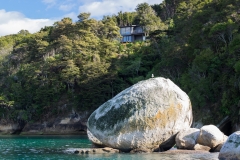 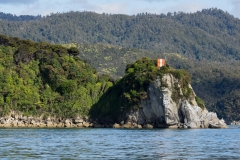 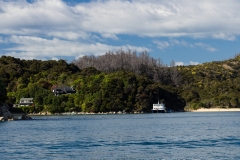 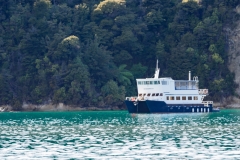 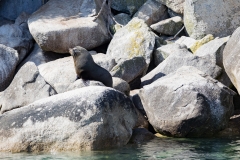 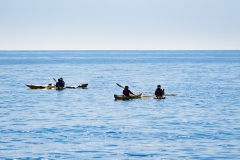 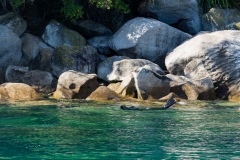 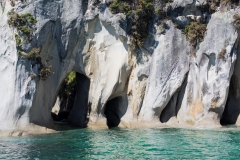 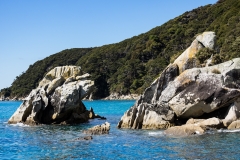 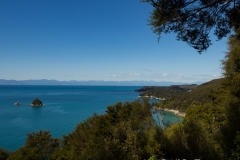 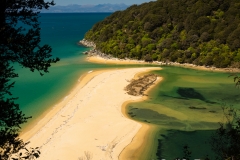 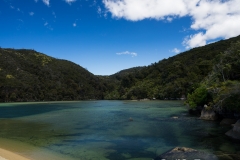 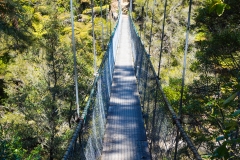 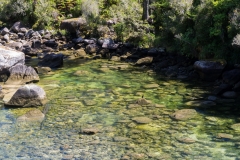 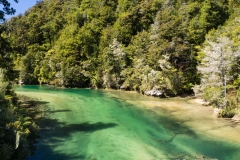 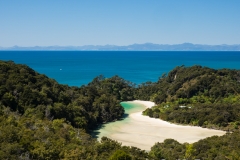 At a scenic spot I went for a second lunch to pass the time. And still I was at the beach pickup ahead of time only to find some more of my friends the sandflies. I got some of them too.

On our way back the skipper looked out for the little blue penguins living in the area and actually found some for us.

The reason there are blue penguins around is that after they removed any and all predators from the island they installed some big loudspeakers on the island and played penguin sounds all night for a few month. The penguins on the mainland heard those and actually migrated over.