New driver – Lisa. For some reason she had two more passengers on board than on the manifest.
Usually not that big of a problem: Fess up and she adds you on on the spot.
Bigger problem though if you don’t fess up, the bus is full and she starts just to find out that someone who is on the manifest got left behind.
So now she has to kick someone off. And the other person has to be brought over.

Apart from that: Next stop: Nelson lakes and a picturesque view. There is a jetty one can use to jump into the clear ice cold water.
What do I say. I did jump of course.
The hundred year old eels underneath the jetty weren’t up for a photo session. So it was a bit hard to take pictures of them. 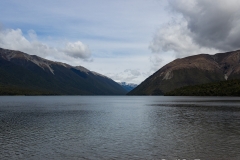 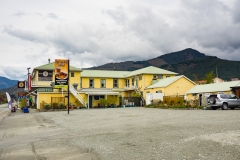 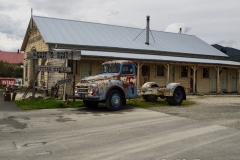 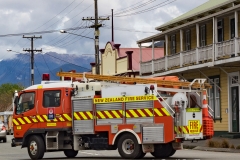 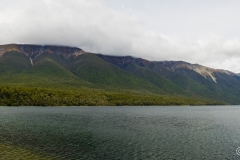 The hostel in Westport was a little more alternative and I got a bunk in the “Unit” a 12 bed dorm with its own fireplace. Wonder over wonders no one snored.

I joined up with 2 other guys and we had some nice big steak on the barbie plus some tomato rice for under 10 Dollars each.

Afterwards we (almost the whole bus) did build up a bonfire at the beach. The skies where clear and some stargazing was done too.
For some reason (I cannot fathom why) nobody decided to stay when the bus turned back to the warm hostel. 😉 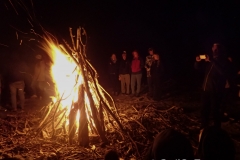 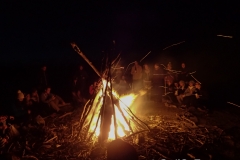 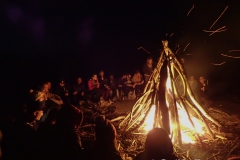 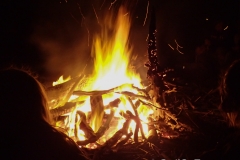 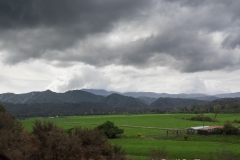 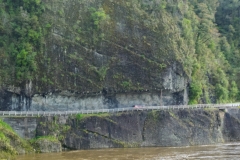