On the Great Rakiura Walk to the steam haulers

Today I wanted to do a little bit more walking. The weather forecast was not the best with rain in the late afternoon. But after what I saw on the hike yesterday I wanted to make sure whether it is possible to hike the Raikura Walk in one day if you get up very early and came back after dark.

So off I went to the northern start of the trek. The hike was mostly on the street and got boring pretty fast apart from the old telephone on the tree. Yes this is a phone book you can see in the picture. 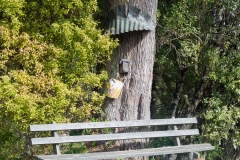 But then I arrived at the anchor cain which marks the official starting point and links the island to the maori history. In the sagas Rakiura is the anchor stone to the canoe of the South Island. If not it might be swept away by the fish represented by the North Island.

Each bay looked more amazing than the last one and I knew that I had found my favorite place in New Zealand. 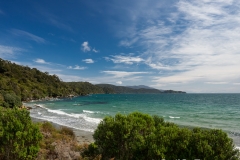 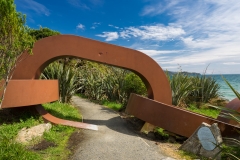 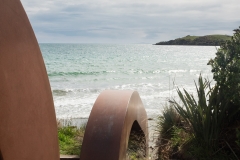 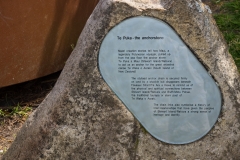 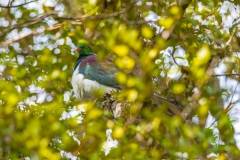 At Maori beach I found the remains of an old timber mill next to the camp ground and the beach. This was once one of the end points of a tram system that pulled timber from the mountains down to the beaches where the wood was then carried off by ship.

The way went past the beach and over a suspension bridge into the woods. The hut for the first nights accomodation is about 45 minutes out from the main track so people pass that place twice. Which means you could save yourself 1,5 hours time by not going there. Not to efficient?
On the other hand there seem to be regular kiwi sightings at that hut.
And there is another – much longer walk that passes through this hut as well. 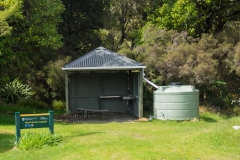 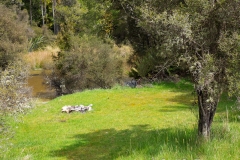 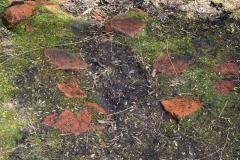 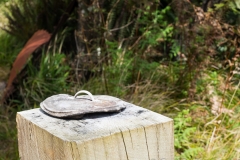 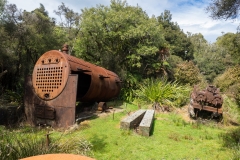 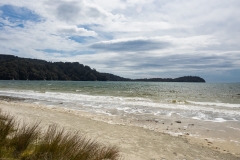 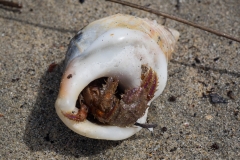 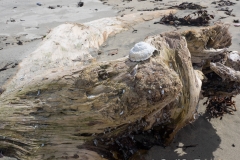 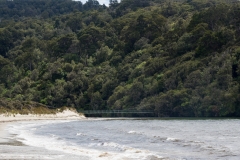 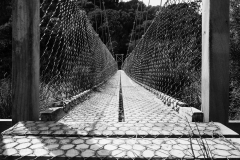 As I did not intent the stay overnight I did not go there and instead went straight on until I arrived at what remained of the old steam haulers that where left behind when the lumber industry stopped to be profitable. Why they left the valuable machinery behind is anyones guess. Maybe it was to much work to get them back down? Maybe it was because both machines where built at the same time but by different companies for different jobs?
One of them was used to get the logs out of the forrest to the machine. The other one was used to lower the loaded tram down to the sawmills.

Anyway – now they are a nice distraction for people hiking the track.
And for me they marked the point to return. 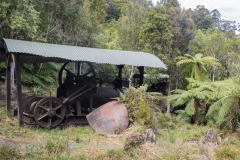 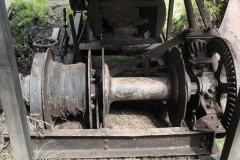 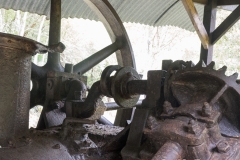 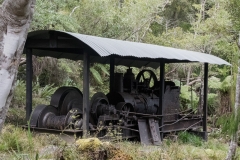 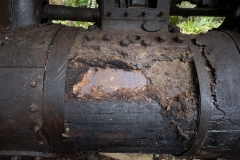 The way through the forrest had been one thing in particular. – Muddy.
And if you ever come to Rakiura bring boots. Because you will hike through mud. I only had sneakers and it was more of a jump-fest from semi solid ground to semi solid ground.
But not to complain too much: Sometimes they made it easy for hikers and built steps. That is something that brought a smile to my face.

On the way back I decided that I didn’t like the street too much and maybe I could pass a part of it by climbing the 162 meters up to the Garden Mound.
Well the way through the forrest was nicer. And the starting rain wasn’t too bad in the beginning because the trees kept the droops away.
But unfortunately the ground got somewhat more muddy too.
The family that came in the other direction whore gumboots. And I should have listened more closely when they told me that it got worse on the other side.
Well I didn’t listen and so my backside got into contact with the mud as well as I slipped.

Apart from that minor inconvenience I made it back down to the street unharmed and had only the very boring 2 hour way in the rain back into town ahead of me. 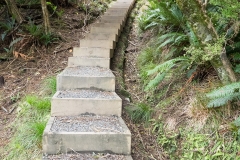 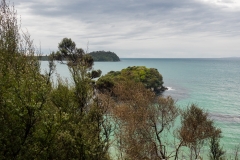 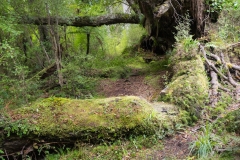 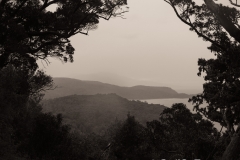 Somewhere on the walk a grizzled looking guy stopped next to me and offered me a ride back into town. That way it took me only another 10 minutes back to town in a dry car.
Sometimes you just have to have luck.

Unfortunately that luck did not keep when I went out into the rain that night trying to find a Kiwi at the local football field. 🙁