The treaty allowed British settlers to buy Land from the Maori and the English crown to have some say in the Maori inner dealings. There are actually two versions of the treaty. One in English, signed by the crown and a few chiefs and another one in Maori, signed by the majority of the Chiefs. Therefore some parts of the treaty are still somewhat in debate and a case for the courts.
The place where the council and the first signings took place itself was forgotten over time despite its significance for the country and fell in disrepair.
It was a locals idea to restore it. While trying to find some backers those made it a issue for the state. Now it is a local clan who is responsible for the place and running it. So you have to pay to get in there and there are guided tours and cultural shows available.

Apart from the house of the “English resident” (the representative of the crown) and a maori carved meeting house (added later) there are a few war canoes on display. One of them the biggest existing one, which is still in use once a year. 76 paddlers are needed to make the trip with the 35m long canoe possible. For those who think about making off mit it: Dry weight is 6 tonnes. And in the water the weight goes up to 12 tonnes. 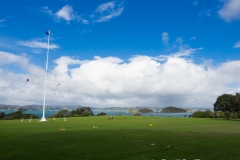 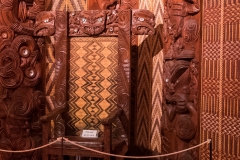 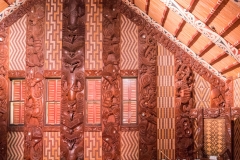 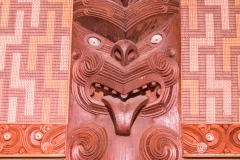 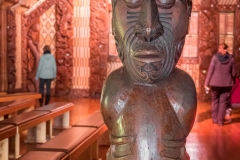 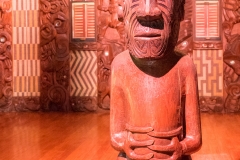 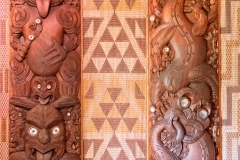 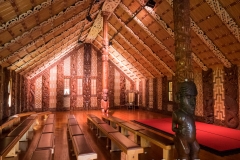 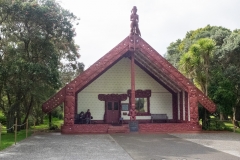 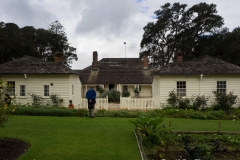 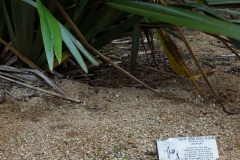 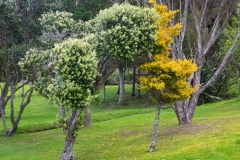 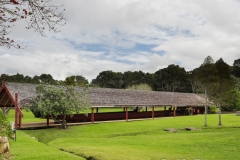 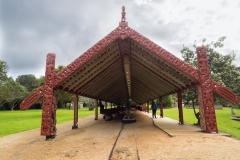 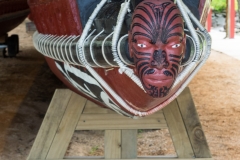 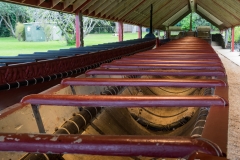 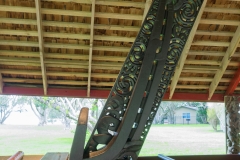 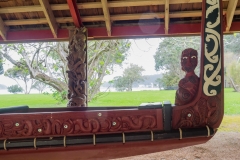