I did already mention that Queenstown is nestled in between mountains before. But today I decided to go up and have a look.

There are two ways you can go up starting in town. If you are not inclined to exercise you can always use the gongola and get a good view from up top. Most of the adrenaline activities starting in town and at a higher altitude start here as well.

If you are inclined to go up on muscle power you can just start at the base station of the gondola as well and the start the walk up along the Tiki Trail. Which is what I did.

On the way there are some nice skulptures and some nice views as well. But most of the time it’s a steep ascend in between some not very native fir trees.

Up on the end of the Tiki Trail I did watch the bikers start their descend and some paraglieders having fun over Queenstown. The small memorials put a somewhat sombering note on it though. Even if they did look nice.

As usual I needed to go up further and after whatching some guides lifting their charges with their paragliding equipment I took a trail that is certainly not in official list of approved routes for tourists and went further up still. Well the path was not that bad. I had worse in Austria. But compared to the state of all the other walk trails I encountered in New Zealand so far it was a little bit more challenging.
The views back to Queenstown and Lake Wakatipu got better every time I turned around though.

Just a few meters before the saddle that starts the final ascend to Ben Lomond the outllok changed dramasticaly. Where I had been looking into barren greenish brown moss and small bushes (I had left the treeline behind a good while ago) the view behind the saddle opened up into the next mountain range with snow powdered peaks.

As I had started a little bit late in the day and my shoes are not really mountain/ice/mud material I decided to forego the final leg all the way up to the peak of Ben Lomond and turned around at the saddle.

The way down I took the “official” way which was of course more to the Kiwi standards I’ve gotten used to while still rugged.

On the way down the path leads past a patch that is surprisingly barren. On purpose. They even have individuals and school classes taking care to remove all the little seedlings of Douglas fir that keep coming up to give the native flora a chance to settle back in. 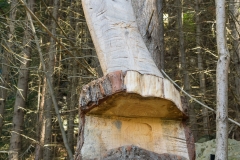 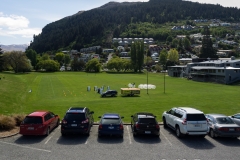 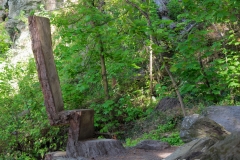 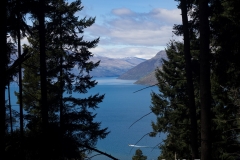 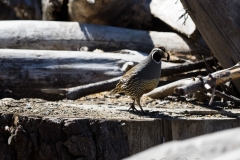 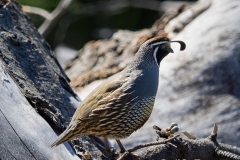 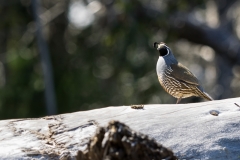 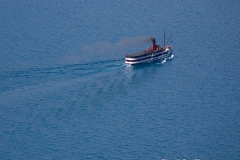 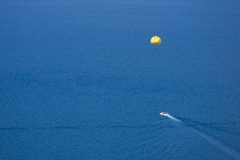 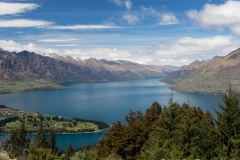 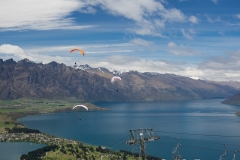 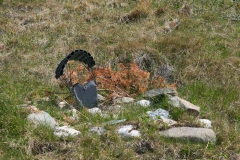 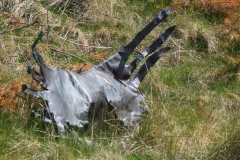 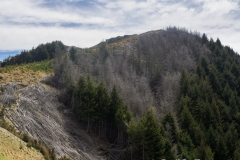 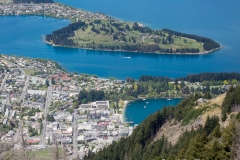 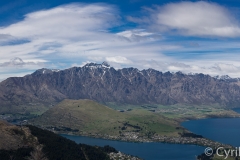 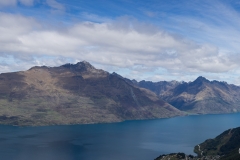 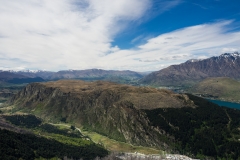 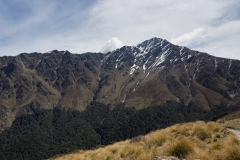 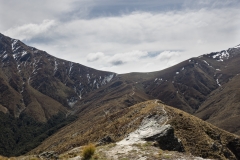 Having hiked up the Tiki trail I decided to take the trail down 1 Mile Creek get back to town. This trail has not been tended to for a while (but is still on the official maps) and you should really have some pathfinding experience. It is not that there is no path available. The question is more if you are still on the right one.
This trail goes past an old dam for an hydroelectric generator which was built almost over a century ago (1924 to be exact). Now all that is left is the overgrown concrete dam and some broken up pipes.
If I had more patience and imagination I am sure you could make some very magical pictures.

I for my part was back earlier than I had expected when I turned around. But as I have to check into a new hostel today I’m not going to complain about that.