The freedom of flying and another mountain

Yesterday I decided to do something that actually involves somes adrenalin. So today I am going to take flying lesson.
But I’m not only going to do a tame round over the lakes. – I’m going to learn some aerobatics.

You know the stuff with loopings, rools, corkscrews, stall turns and all that stuff.

As the little plane is meant to do some stunts we have to check it out before we are on the runway even though it did already fly today. Having seen all that stuff works as expected the instructor gets us clearance for takeoff, takes us on the runway and into the air.

And that’s the moment he gives me control the first time and the instructions to get the plane higher up into that general direction without going slower than a certain speed.

After some time we actually make it up to a save height and I am shown how the figures are flown on the stick. Next it is my turn to do them myself.
(Rudder and throttle are still in the feet and hand of the instructor though.)
I oversteer the airplane a little bit on the looping but we still make it all the way round. As a result the G-forces at the end are not so strong as they were at the demonstration. My stomach thanks me for that. 😉

The time actually flies and it is loads of fun.
But I decline the offer to actually sit in on a competition combination. My stomach is still a little bit to far in the southern parts of my body for my taste after the loopings. So far I didn’t need the little paper bags and I would prefer it to stay that way.

So we go down again with me on the controls until we are almost on the ground. – That’s when the instructor takes over again and we make our way back to the hangar.

If you really think that you want to see me flying the plane (I am a boring guy) go here.

Else here are  some pictures of the planes in the hangar. 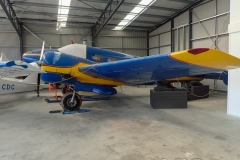 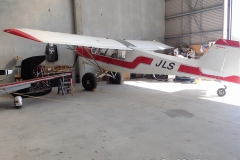 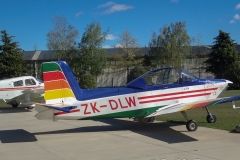 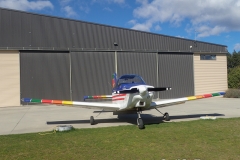 Back in Wanaka I decide to go icecream at the local ice cream shop called Patagonia to celebrate my first time on the controls of an airplane.

In the late afternoon I go up Mt Iron. This hill is easy to climb within 45 minutes and provides one with nice views over Lake Wanaka and the surrondings to the other side as well. 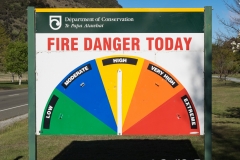 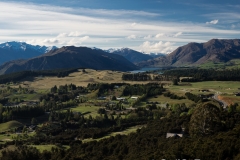 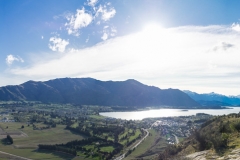 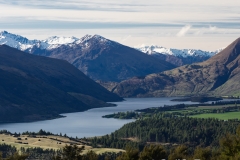 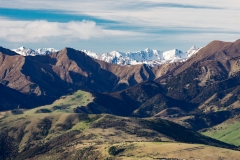 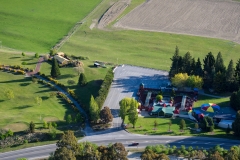 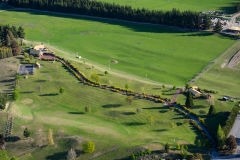