Wellington from the top and at night

As I always like to have a look down into towns I went up Mount Victoria.
The way up is quite easy to find as there are actually a few. Some of them are pretty steep and probably meant more for mountain bikers going down instead of going up.
On the top you get a 360 degree view of the town. Unfortunately usually never alone. Especially at sunset when people like to gather here. Even though the sun sets behind the mountains behind the city and not the city itself. 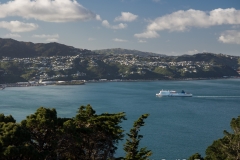 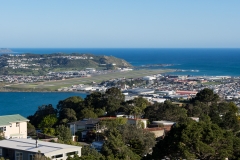 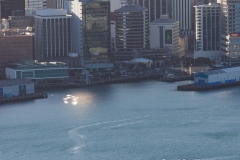 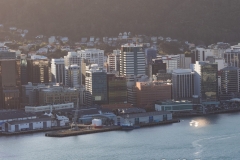 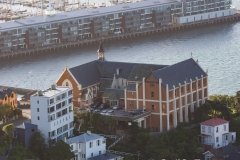 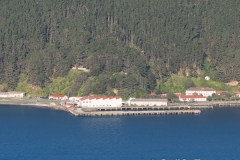 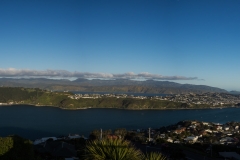 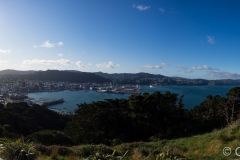 There are also two other lookouts a few meters into the bay which give you a different view into the city and more of the bay.
It was on one of those I waited for darkness to descend to get some pictures of nighttime Wellington.

As I went down the same way as up (which is wooded terrain) I did have to use my torch to prevent an unplanned speedup of my descent. After a short round the Queens Warf and the closed Te Papa it was time to get some dinner and get to bed. 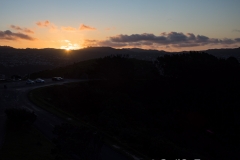 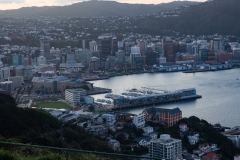 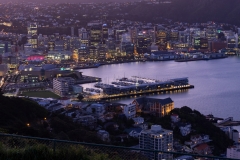 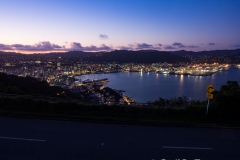 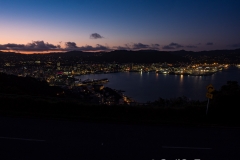 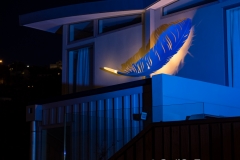 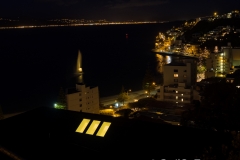 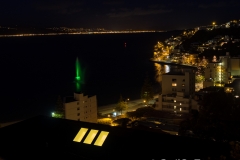 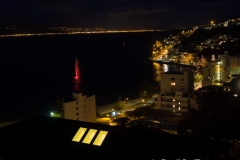 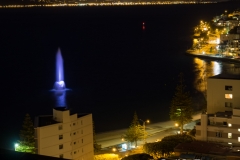 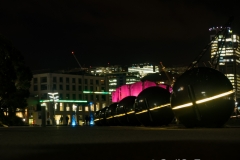 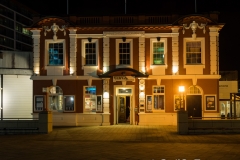 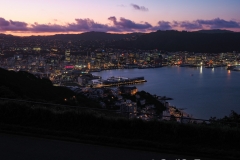 Pick up time tomorrow was going to be 7 o’clock.